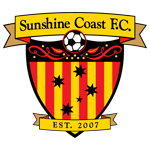 Palace reached the fourth round of the FA Youth Cup by edging past Cogenhoe United, with TQ Addy netting his first goal of the campaign to avoid a potential upset.

The Northamptonshire side had played seven ties and beaten Coventry City to reach this stage, and they had the game’s first real chance when Mitch Roberts headed wide. However, Palace began to settle and Rob Street forced a good stop from Zach Cunningham, but Rohan Luthra had to show some quick reactions to prevent Joe Freeman from lobbing him from 30 yards out.

The deadlock was broken five minutes after the restart when Pierrick Keutcha spotted David Boateng on the edge of the area who neatly sent the ball into the top corner, however almost instantly Cogenhoe fought back and equalised when a corner was flicked on by Jake Walpole and Jack Mullally headed home, despite the best efforts of Luthra.

Have let the lead slip, Palace were determined to get it back and only some good goalkeeping by Cunningham prevented Joshua Ajayi from restoring the advantage, while Boateng and Ajayi both saw chances go begging as the pressure mounted.

Street thought he’d found the breakthrough when his shot was too powerful for Cunningham but Mullally was on hand to clear off the line, which was something the Eagles had to do themselves when Martin Onoabhagbe denied Jessi Obeng from turning the cup tie on its head.

It looked as though it would be a frustrating night for Palace when Kuetcha blasted over with the goal gaping, however with six minutes remaining they booked their place in the next round when Addy took aim from distance and saw a rocket thunder into the net via the post.