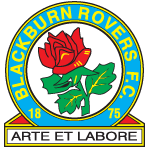 For the second time this season, Crystal Palace Under-23s lost against a talented Blackburn Rovers side by a two-goal margin in the Premier League Cup.

The Eagles battled well with a side depleted by the club's participation in the Under-19 Winter Tournament in Israel, but were undone by a strong Rovers side who earned a convincing home victory.

Blackburn began the game with a threat; Jack Vale striking over before catching the side netting a few minutes later. The Eagles hit back, with Jason Lokilo knocking the ball over goal and James Daly not quite stretching far enough to turn home Brandon Aveiro's cross-box ball.

In a near mirror-image of Daly's chance, Jalil Saadi laid-off Ben Paton who also couldn't quite connect with the ball just four yards from goal. However the deadlock was ultimately broken when Brad Lyons fed Vale, who halted his run forward, caught the ball from almost behind himself and netted Rovers' first effort.

A goal down at the half-time break, Palace were very much still competitive and Aveiro reminded his hosts of this as he jinked his way into a shooting position only to have his attempt deflected high over the goal. Blackburn heeded this warning when Stefan Mols hit the post from close inside the penalty area, struck over the bar from close range and then watched on as Luke Brennan capitalised on a swift counter-attack to rifle home into the right-hand corner.

A Palace trialist saw his shot frustratingly tipped high by the home defence and the Eagles had to contend with defeat in an exciting game where both sides enjoyed clear chances.

You can watch full highlights of this well-contested clash below.

To watch the Video please enable "Targeting" in cookie settings