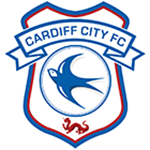 Palace Ladies made the long trip to Cardiff on Sunday, with the aim of securing three more points that would see them retain top spot in The League.

Speaking before the match, manager Dean Davenport highlighted the importance of the game,

“Whilst we have the benefit of more games played, we are keen to keep the scoreboard pressure on the teams around us. A win today would certainly help. Our objective is clear, game by game, maximise the points and focus solely on what we can affect. Cardiff will be a tough game, but we have been in good form of late and are confident.”

Palace, usually fast out of the blocks, were less than effective in the opening ten minutes, unable to turn possession into scoring opportunities. A good save from the Cardiff ‘keeper from Gemma Bryan was the only notable incident in the opening spell.

Slowly, The Eagles settled and it was in the 18th minute that the deadlock was broken following  a great take and turn from Ellie Bailes with a measured pass to Amy Green who found herself one on one and calmly slotted passed the advancing Cardiff keeper.

Despite the lead and further spells of good possession, Palace were unable to convert the chances created, with the hosts sitting deep, behind the ball; generating a somewhat scrappy remainder of the first half.

The half time team talk was robust and short for Palace, with the players asked to raise the tempo, move the ball more quickly in possession, as well as take responsibility, Individually and collectively.

Palace started the second half much brighter and were soon rewarded from a corner, delivered by the impressive, Pam McRoberts and powerfully headed home by Sarah Jones.

As would be expected, Cardiff, perennial high flyers in the league, reacted and pressed Palace higher, and started to create chances. One of these ultimately resulted in a goal back for the hosts. Rocked by this, Palace almost immediately, responded, inevitably through top-scorer Gemma Bryan, restoring the two goal lead and settling the Palace nerves.

Davenport, in a bid, to maintain pace and momentum, deployed his three substitutes, working to good effect, when Ellie Stenning converted from another Palace corner.

Cardiff showed their resilience and continued to try and rescue the game, grabbing a late consolation goal; although it was Palace who had the last word, when Stenning grabbed her second through a fine twenty yard strike.

Speaking after the 5-2 win, Davenport was content with the outcome. “At times today, we were not at our best. The girls reacted well to the words at half time and we have to be happy with coming away with five goals and those three points. We now move on to a big game against C&K Basildon next week, and happy that we do so, top of the league.”