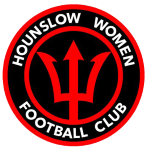 The Eagles, following up on their successful first season at this level, are looking to continue their recent development and move closer towards the elite side of the sport – The Women’s Super League.

Palace, fielding a number of new additions for the season, looked to settle early against a younger and generally less experienced Rangers side. The opening spell saw Palace adjust and although with almost permanent possession were unable to unlock the visitors back line for the opening spell. However, on 10 minutes, the breakthrough came through one of the new Palace signings, Nikita Whinnett, who together with Palace hot-shot, Gemma Bryan had gone close earlier in the game.

Following this Palace moved into regular good phases of play, although were kept out, often at the last minute by a defiant QPR defence.

The first half saw a congested midfield expertly controlled by some efficient and at time exquisite touches from Ciara Sherwood and player of the match, Leesa Haydock. It was the Northern Ireland International, Sherwood, who set up the Palace second with a perfect pass through to Bryan who coolly slotted home, to break the Rangers resolve.

The 2-0 scoreline at the break was probably not what Palace felt they deserved from their dominance and this certainly appeared to be at the front of their minds at the re-start. In a devastating display of dominance and, at times, irresistible football The Eagles tore a tiring Rangers side apart, with the new partnership of Whinnett and Bryan, showing signs of what manager Dean Davenport had looked to bring into the new season. Before QPR knew it, they were 4-0 down with goals from Bryan (51) and Whinnett (54). By now, the home side were in dominant style and the game soon saw Bryan grab her hat-trick on 57 minutes, to put Palace 5-0 up.

Despite their dominance, Palace were made to wait until the 74th minute for the next goal, when Bryan and Whinnett were momentarily put in the shade by Steff Simmons, who cut in from the right and unleashed a world class shot into the top left corner; proving that Palace have quality in all areas of the squad.

Not to be overshadowed, Bryan and Whinnett set the record straight, as soon as two minutes later, when the debutant scored her own hat-trick goal, followed by two more from Bryan (87 and 89) to conclude a crushing 9-0 win for The Eagles.

Speaking after the match, Palace manager Davenport was naturally pleased with such a convincing victory.

“Today was about getting things up and running on the match front. Through no real fault of our own, our pre-season had too few games and this was about us getting the training into a reality and some miles on the clock. It was particularly pleasing to see the new faces bed into the squad so quickly; not just the new signings, but also the junior players we have brought through the ranks.”