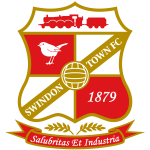 Palace Ladies put in an impressive display on Sunday, as they swept Swindon Town aside in The FA Women’s Premier League, in front of a thoroughly entertained crowd at Bromley FC.

The Eagles, one of few teams able to play, following the week of snow and freezing conditions, were looking to keep the pressure on the top two of Charlton and C&K Basildon, as the season enters it’s final run-in.

Ahead of the game, Palace manager, Dean Davenport said

“This is being treated the same as any game. You under-estimate any team in this league, at your peril. Whilst the week has been disrupted and training has not been as normal, we are ready and looking to put in the performance that has been there or thereabouts for a few games now.”

Asked as to the absences, Davenport added,

“We are without our captain and vice captain, with Freya (Holdaway) and Ciara  (Sherwood) away with Northern Ireland. Plus we have no Ellie (Stenning) available today. We are also still missing Nikita (Whinnett), Leesa (Haydock) and Steff (Simmonds, through longer term injuries). But, as I said last week, we have good depth in the squad and we have players keen to take the opportunity when it comes.”

Palace started very brightly with the Lilli Maple, Amy Green and Ellie Bailes taking the game to Swindon and creating chances for Gemma Bryan, who started the game on ninety-six goals for Palace. And it was a slick Palace move in the seventh minute, that saw Green feed Bryan, with her back to goal just inside the area. The Palace hotshot then held off a challenge turned and crashed an unstoppable drive off the underside of the crossbar into the net.

The next ten minutes saw Palace apply more pressure, with good wide play from Pam McRoberts and Mary Robinson. However, in the nineteenth minute, from a free-kick on the edge of the box, Swindon shocked the Eagles, as Taylor stabbed the ball home after an uncharacteristic dropped ball by the usually infallible Megen Lynch in the Palace goal.

Palace soon restored the pressure on their opponents with Robinson in particular, causing problems for the defenders. This pressure resulted in a number of corners, well delivered by McRoberts. It was from one such set-piece that Palace restored the lead, through defender, Sarah Jones, despite the best efforts of Barrett in the Swindon goal (29 mins).

The Palace midfield and forwards continued to trouble the visitors, with Bryan going close; denied by good goalkeeping. However, it was the work of Robinson that was the turning point in the fortieth minute, when she mesmerised the defenders one more time, before being tripped as she went to shoot. Bryan stepped up and smashed home the subsequent penalty, potentially putting Palace out of sight by half time.

Palace started the second half with the intent of the first and were made to wait ten minutes before adding a fourth, through Ellie Bailes, who latched on to a superb through ball and curled the ball around the advancing ‘keeper.

Palace looked to keep the pressure on as they introduced fresh legs against a tiring Swindon with Sam Rowlands (Mary Robinson), Jade Davenport (Amy Green) and Tia Foreman (Rosie Paye). The plan worked as The Eagles camped themselves in the Swindon half, working some lovely passing play and creating chances. The fifth goal came in the eighty-first minute as the ball fell to Megan Chandler, twenty-five yards out, for the midfielder to fire it through a crowd of players, beyond the despairing Barrett.

Five minutes later. It was sub Rowlands who added the sixth, working a lovely position after a spell of exquisite passing, her shot taking a deflection before hitting the net.

Goal seven for Palace was through the ever-lively Bailes, whose combination of strength, determination and skill has made her so important to The Eagles. The tap-in was grabbed, following a shot from Bryan being parried.

The final goal for Palace helped set up the next story line for The Eagles, as Gemma Bryan added to her incredible tally for The Club. Powering through the tired Swindon defence, she smashed her hat-trick goal home, but more significantly, put herself, just one goal away from her one hundredth for Palace, in less than three seasons.

The result was well-deserved by Palace, who put in a huge effort and some quality play. However, the manager was also keen to praise Swindon for their part in the game,

“They (Swindon) deserve credit. They came and played their way, not looking to nullify the game, as we have seen so often from other teams. Their players stuck together and gave their all. For us, today, we were really at the races and played some excellent possession and attacking football. We sourced goals from all areas; something that is really pleasing.”

Asked as to being top of the league at the end of the weekend, he added,

“Of course it is nice to see. Yes, we have played extra games, but points are points and it is nice to see us there; even if it has the potential to change. We are there on merit and it all comes at a very good time, with the bid for the new league, going in this week”

Davenport was very keen to add.

“Something that really made our day, and shows what is happening at The Club, was the turnout. We made it a big occasion, with free entry and getting so many youngsters along. We saw many new faces from Palace and beyond, and with over 400 to entertain, we think we did them proud.”

Palace are due to travel to Coventry in The League next Sunday, although this may be affected by their hosts having cup commitments. Keep up to date with all the updates, across all Crystal Palace social media this week.