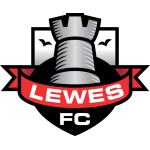 Palace Ladies suffered their first defeat of the season on Wednesday evening as they went down 1-0 on their travels down in Lewes.

The Eagles welcomed back Ciara Sherwood to the starting line-up after being away on international duty with Northern Ireland as they fielded a strong line up against their Sussex based opponents.

Ria Collins, Rosie Paye, Freyda Holdaway continued their partnership in defence with Megen Lynch an ever present in goal as they looked to keep a fourth clean sheet of the season.

The first half was one of frustration with plenty of encouraging build-up play but unable to produce any significant attempts on goal,  Nikita Whinnett and Gemma Bryan were closely marked from the whistle in an attempt to minimise the Palace attack. Stef Simmonds and Pam McRoberts provided the pace and crosses on the wings while the returning Sherwood, Ellie Bailes and Leesa Haydock held the team together in the middle of the park, though the side were unable to make any breakthrough.

Lewes did have attacks of their own in the opening period but were unable to find any way past the resolute defence, Lynch's handling and vision was impeccable, as it has been so far this season.

The end of the half did see Palace find the net when Bryan picked up a poor goal kick, firing home the loose ball, only for it to be disallowed, the linesman stating the ball hadn't left the area.

The second half started with Lydia Huntley coming on for Paye, the youngster gaining some more valuable minutes but for the side it was a similar story to the first as the visitors suffered more frustration as they looked to break the deadlock. Jade Davenport and Tia Foreman were also brought on during the half to give some fresh legs in the attack.

It was at the other end though that the first goal came as the home side broke the deadlock. With around ten minutes remaining Lewes took the lead following a number of corners they made the pressure pay as Dani Lane put the ball over the line to score the deciding goal on the night.

Credit to the Palace Ladies though as they kept the pressure on for the final stages of the game but couldn’t get the chance to take a point for their evening’s work.

There was a late decision which went against Palace as Bryan appeared to be fouled in the area but a penalty wasn’t given and they had to taste their first defeat of the season.

A frustrating second match in just a few days as only a point means that they sit in second position in the league behind Charlton, who opened up a five point gap between the London clubs as they beat West Ham 6-0.

Attention moves onto Sunday as the Ladies travel to Poole Town in the next round of The FA Women's Premier League Cup.