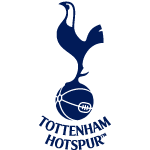 In their fourth game against Tottenham Hotspur this season, Palace Ladies lost 3-0 at home to fall out of the SSE Women's FA Cup thanks to goals from Ashleigh Neville, Jessica Naz and Coral-Jade Haines.

Spurs began the game with an alarming spell of dominance, as both Neville and Naz saw efforts fly just inches over Palace's bar within the first five minutes.

The visitors then kept the Eagles on the back-foot with relentless pressure, leading to Lucy Gillett pulling off a stunning save as she dived low to guard her net from Rianna Dean.

Palace then saw their first chance of the afternoon go begging when Kallie Balfour and Nikita Whinnett broke into Spurs' box where a messy period of defending eventually led to the ball being cleared to safety.

The Lilywhites continued their onslaught afterwards, however, with Gillett putting in a heroic shift to maintain the deadlock. Their pressure yielded a goal when the Palace shot-stopper got her hands behind an effort from Dean only to see Naz react fastest to the loose ball and prod home from close range.

The home side would have done well to enter half-time just a goal down, but they were frustratingly punished moments before the first half ended when Neville released a low strike across goal and into the Palace net.

Despite opening the second half brighter, Palace were again made to watch on as Spurs celebrated when, having been awarded an indirect free-kick, Bianca Baptiste laid the ball off to Haines, who rifled home with confidence.

At 3-0 down, Palace would have needed a miracle to pull themselves back into the game but, despite valiant efforts, they were unable to do so and had to settle for maintaining the scoreline as it was.

Although a handful of half chances cropped up for both sides, Spurs ultimately finished the game as 3-0 victors, with the score unchanged as the second half ground out.