“Growing up, I always found our Academy to be – outside of Tottenham Hotspur, Arsenal, Manchester United, Chelsea, West Ham and Southampton – one of the best ones in the country,” former Palace Academy graduate and first-teamer, Arron Fray, proudly kicks off the conversation.

“Not just because of our production line but also the way in which we went about winning our games,” Fray adds. 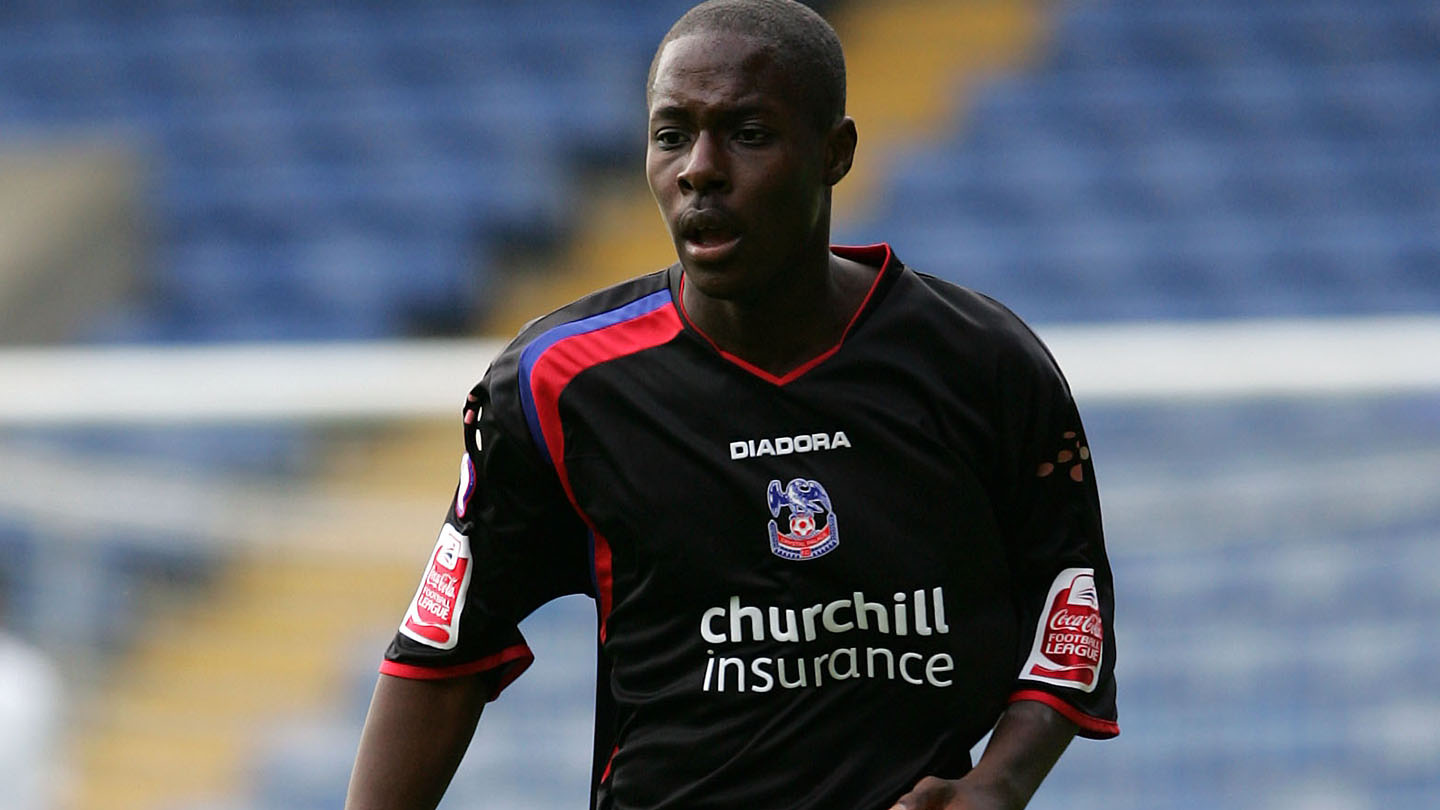 We will get to the eye-catching game against Inter Milan in which Fray got his first taste of action as part of the senior team but the pride in which Fray speaks with when discussing his journey through Palace’s Academy – and the set-up itself - is infectious. We don’t want to stop him in his stride.

“I always had good-natured debates with friends at other academies at that time about which academy was best. I’m massively proud to say I came through the famed production line.”

Fray’s Academy age group was a successful one, with several making the jump to the Promised Lane of the first-team: “Lewis Grabban – Grabbs – who is now one of my closest friends, alongside Lewwis Spence and Glenn Wilson,” he starts to list. “And then you had Rhoys Wiggins, Charlie Sheringham and Ryan Hall.

“There was Anton Smith and Tyrone Berry – Ty’s talent was well-recognised and he was involved with the first-team a lot, even before Iain Dowie came in; Steve Kember and Steve Bruce had him training.

“My younger brother, James, also came for a trial at the same time as I did, and got signed, too – his age group was Jonny Williams, Wilfried Zaha and Ibra Sekajja.

“It just goes to show that throughout the age groups Palace have always developed very, very good players.”

Fray’s time with the Eagles coincided with Dowie’s tenure – a manager who was keen to offer youngsters opportunities and kickstart that Academy-to-first-team pathway that began with Dowie handing Tom Soares his Eagles debut the year before. 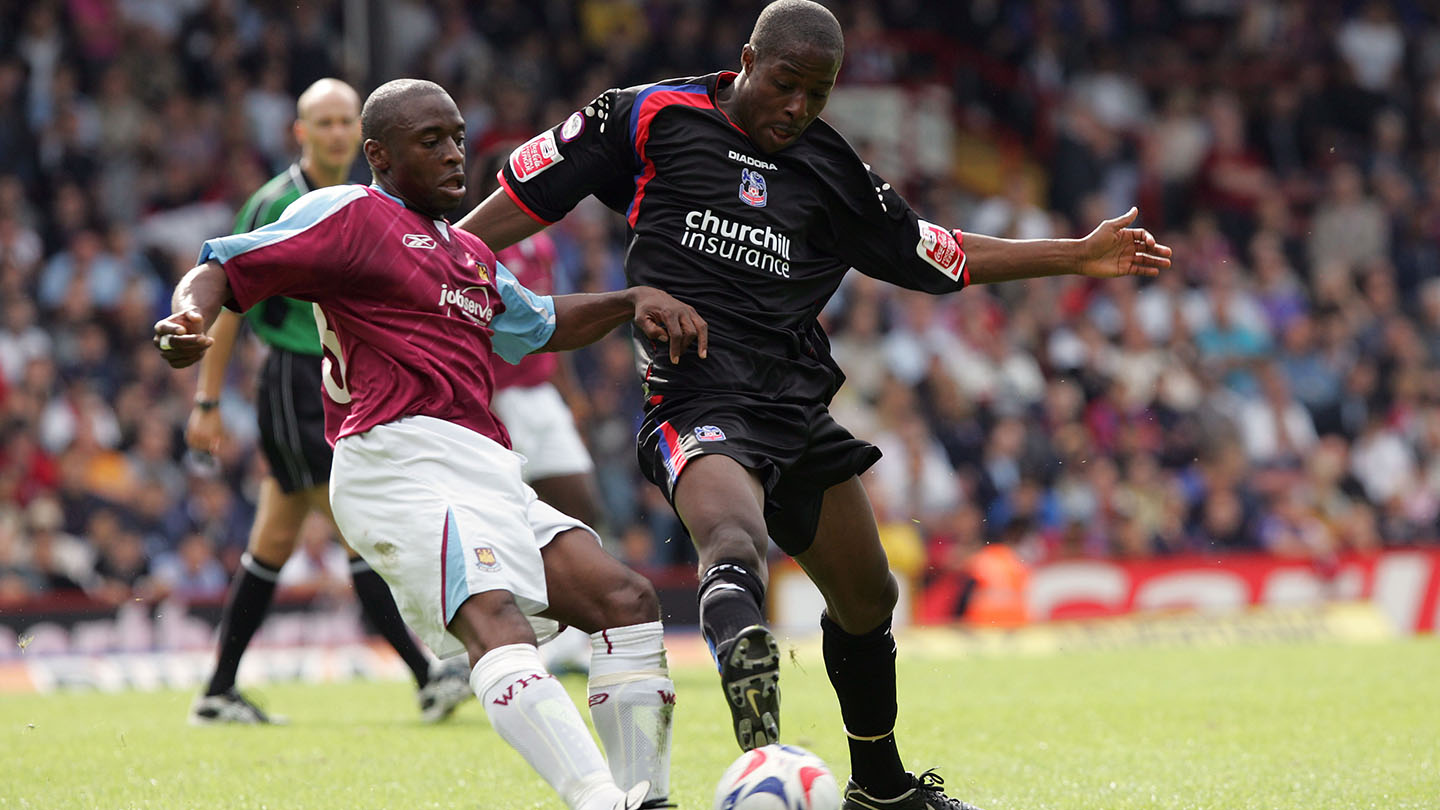 “Iain Dowie would come along and watch Academy games, along with his brother Bob, and fitness coach John Harbin,” Fray reveals. “They used to watch a lot of our Saturday games before heading off to prepare for the 3pm kick-off with the first-team.”

Dowie was ready to give a handful of hungry youngsters the opportunity and put in a request to now-Academy Director Gary Issott for a few players to make up the numbers in training.

They did better than that: “We showed we could handle ourselves and we didn’t go back,” Fray says.

“I went to Germany on the pre-season tour and remained amongst the first-team squad when we got back. We had an incredible group of experienced pros and that helped us youngsters massively – the likes of AJ [Andrew Johnson], Fitz [Hall], Jobi [McAnuff], Clinton [Morrison], Mark Hudson, Dougie [Freedman], Emmerson Boyce, Mikele Leigertwood…loads.”

Experience is a fine thing to possess and sharing the lessons you’ve learnt in your career to those just finding their feet is admirable. However, what do you say to an 18-year-old whose first taste of pulling on the famous red and blue is against an Inter Milan side with the likes of Francesco Toldo, Javier Zanetti, Dejan Stanković and Adriano in their ranks?

“In the build-up to the Inter Milan game, we trained on the morning of the match – a bit of light pre-season work,” Fray recalls.

“I didn’t want to go back home and neither did a few of the boys like Jobi McAnuff who lived back in north London. So a few of us went to Emmerson Boyce’s house as he lived in Shirley, not too far from the ground. 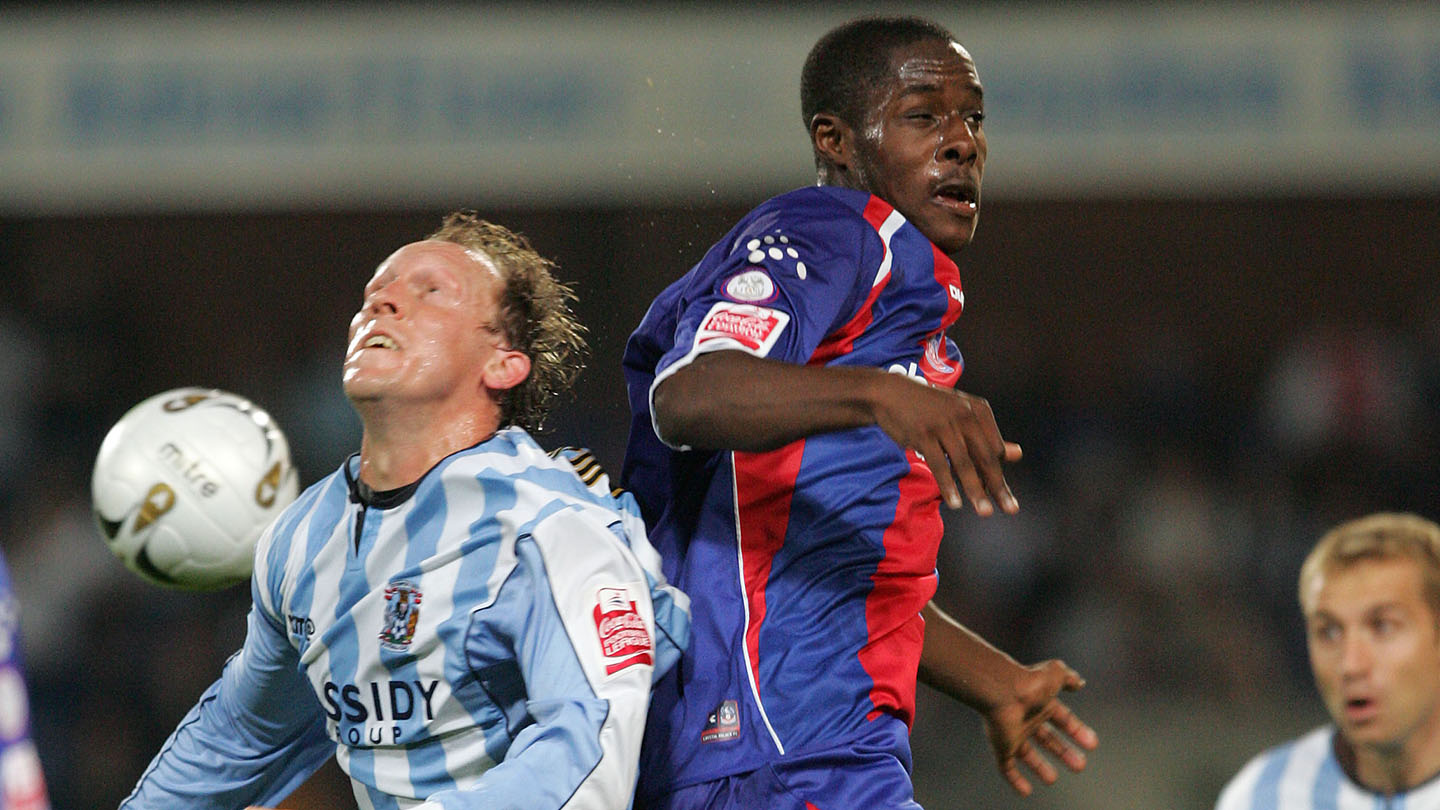 “We were chilling at his and playing Pro Evolution and a few of the boys were playing as Inter Milan.”

Playing as Inter Milan in the afternoon was something Fray expected. But playing against them in the evening was not.

“I got to the ground, prepared as normal and didn’t think about playing,” Fray starts to detail how he found out he’d make his Palace bow. “At that time, though, Danny Granville was out injured and Gary Borrowdale was coming back from injury but it still caught me off guard when Dowie said: ‘Fray, you’re starting at left-back.’

“Just before we went out for the warm-up, the gaffer allowed me to call my parents to let them know that this was a game they definitely wanted to be coming to.

“My dad was en route to the ground at the time and he then called my uncle telling him to get down to Selhurst Park.

“My uncle was a Season Ticket holder at the time and he was the person who took me to my first Palace game as a kid – the 1996/97 play-off final: the one where Hopkin curled one.”

“We were the first team in the tunnel and I’ve got Mark Hudson and Fitz Hall in front of me - big lads at 6’3, 6’4,” Fray recalls with a hint in his voice that he already knows the punchline.

“Slowly I start to see the Inter Milan team walking past me and I’m looking up and down and realising: actually, you lot are bigger than Fitz! So now I’m in awe: a few hours ago I was playing as you guys on my PlayStation and now Marco Matterazzi and Dejan Stanković are walking past me in the tunnel!”

You can allow for the pre-match excitement at coming up against some of the finest players from that era. But “as soon as the whistle went, it was just like I was playing another game. No fear; I wasn’t worried who I was up against.” 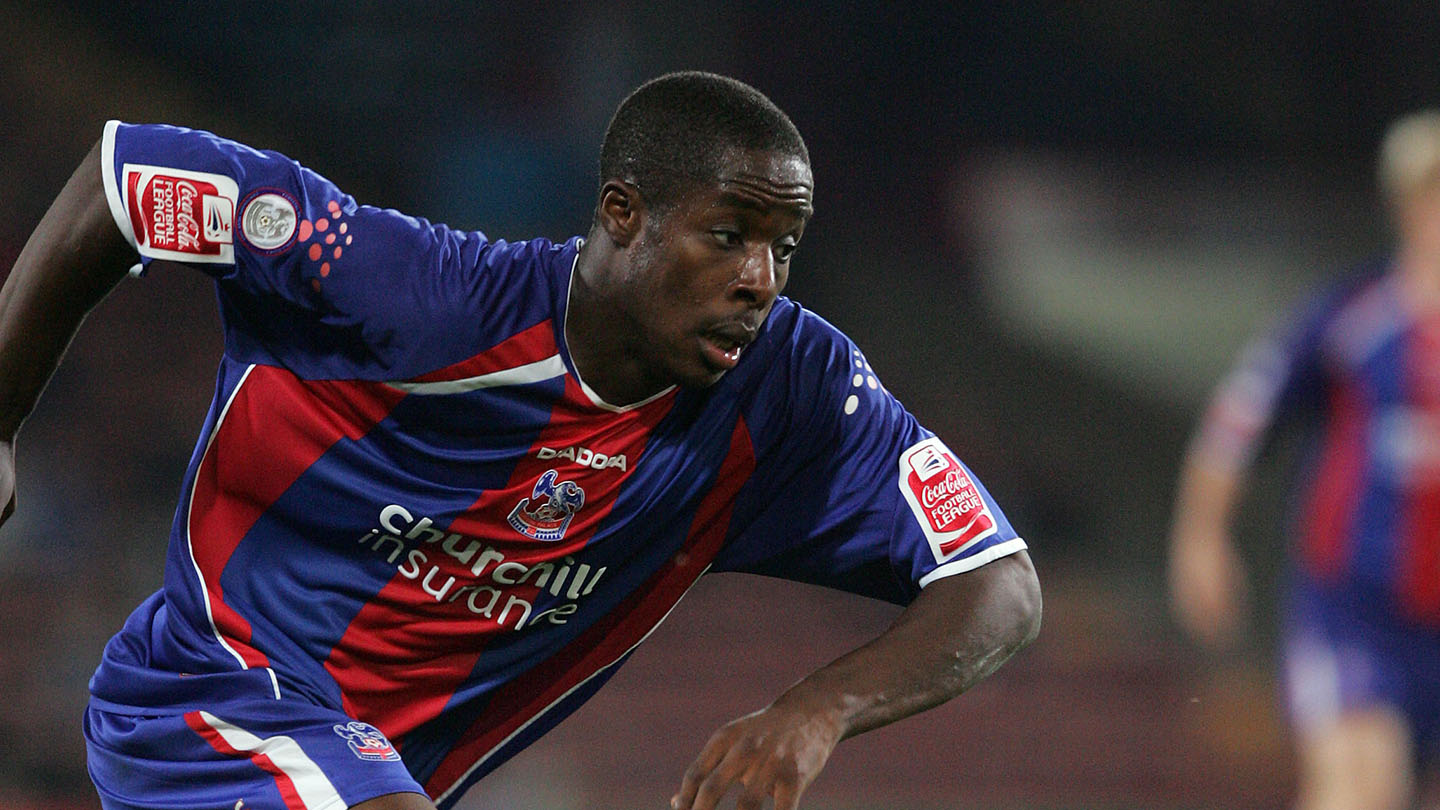 It’s a good thing because, filling in at left-back, on the opposite side to his usual position, Fray was not short of visitors.

“They were doing all their interchanging: Adriano was playing through the middle but drifting out to my side; he was an absolute unit. Stankovic, Obafemi Martins and then Zanetti kept overlapping from right-back and I looked at the size of his quads and remember thinking: ‘you’re an absolute animal.’”

Despite Fray’s respect for his opponents he clearly hit the sweet spot of not allowing any pre-match excitement to overawe him.

“I played just over an hour so Borrowdale could get some minutes under his belt and I came off to a standing ovation,” Fray excitedly says.

“That’s when it hit me again: wow, I’ve just played for my boyhood club. Unreal.”

That night, Fray did himself proud. However, had the young defender been overwhelmed by the situation and the magnitude of his opponents, it would’ve been completely understandable.

After all, some of his experienced teammates were marvelling at the creativity of their Serie A opposition.

“When Dougie, AJ, Fitz and those types of players, who had played at the top level in England, are still saying: ‘Wow did you see Zanetti do this?’ or ‘That pass from [Esteban] Cambiasso was unreal.’ 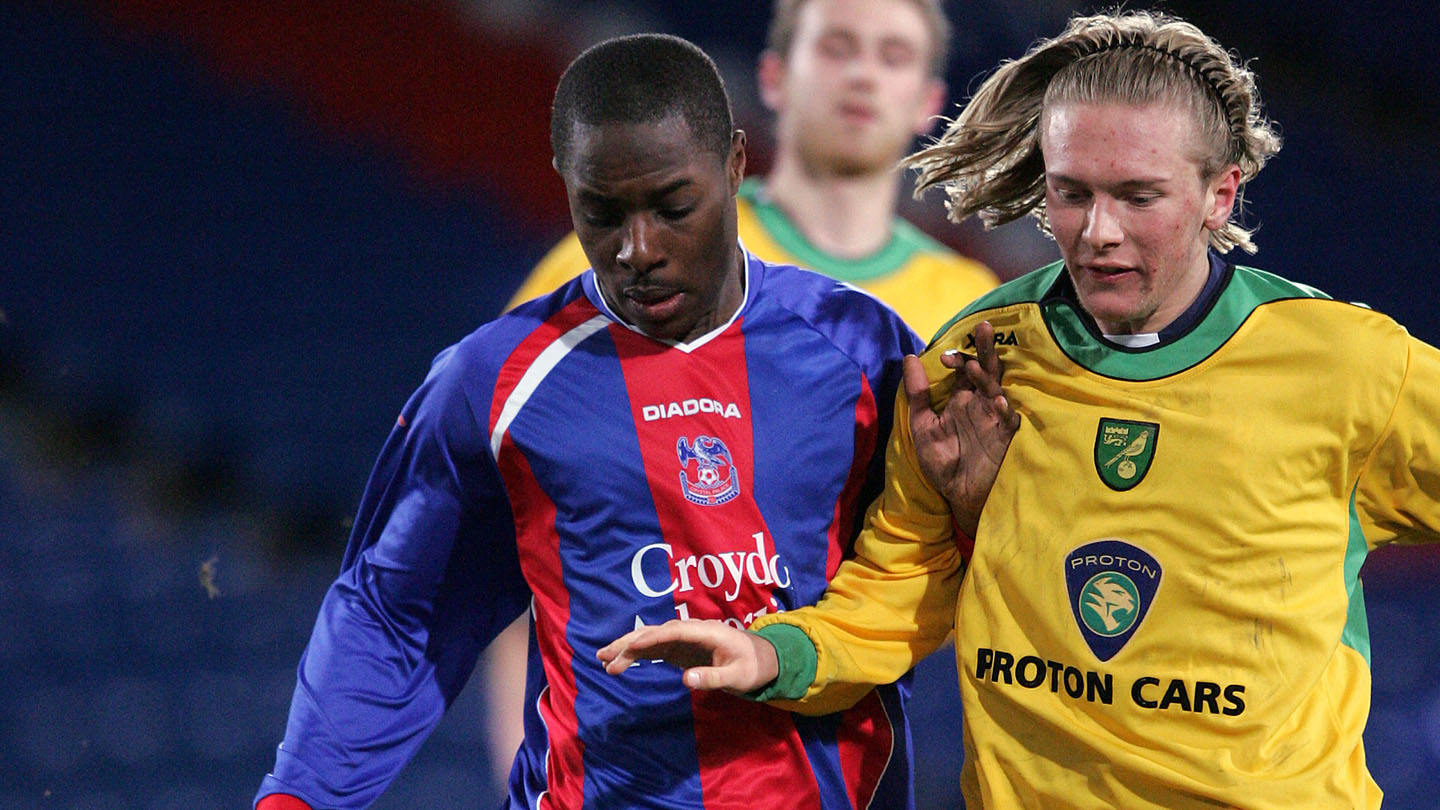 “To hear those guys speak about it like that – players who the previous season had played in the Premier League against the likes of Thierry Henry, Frank Lampard and Steven Gerrard - highlighted to me that there were still so many levels to go up.”

It can’t always be nights against Inter Milan, though; Fray’s next match under Iain Dowie would arrive a couple of months later in the League Cup against Walsall.

“Even in the Walsall game I was playing against someone I watched growing up: Paul Merson,” Fray says. “He was player-manager at the time. He didn’t move from the centre circle but we couldn’t get near him – his footballing brain was so advanced. 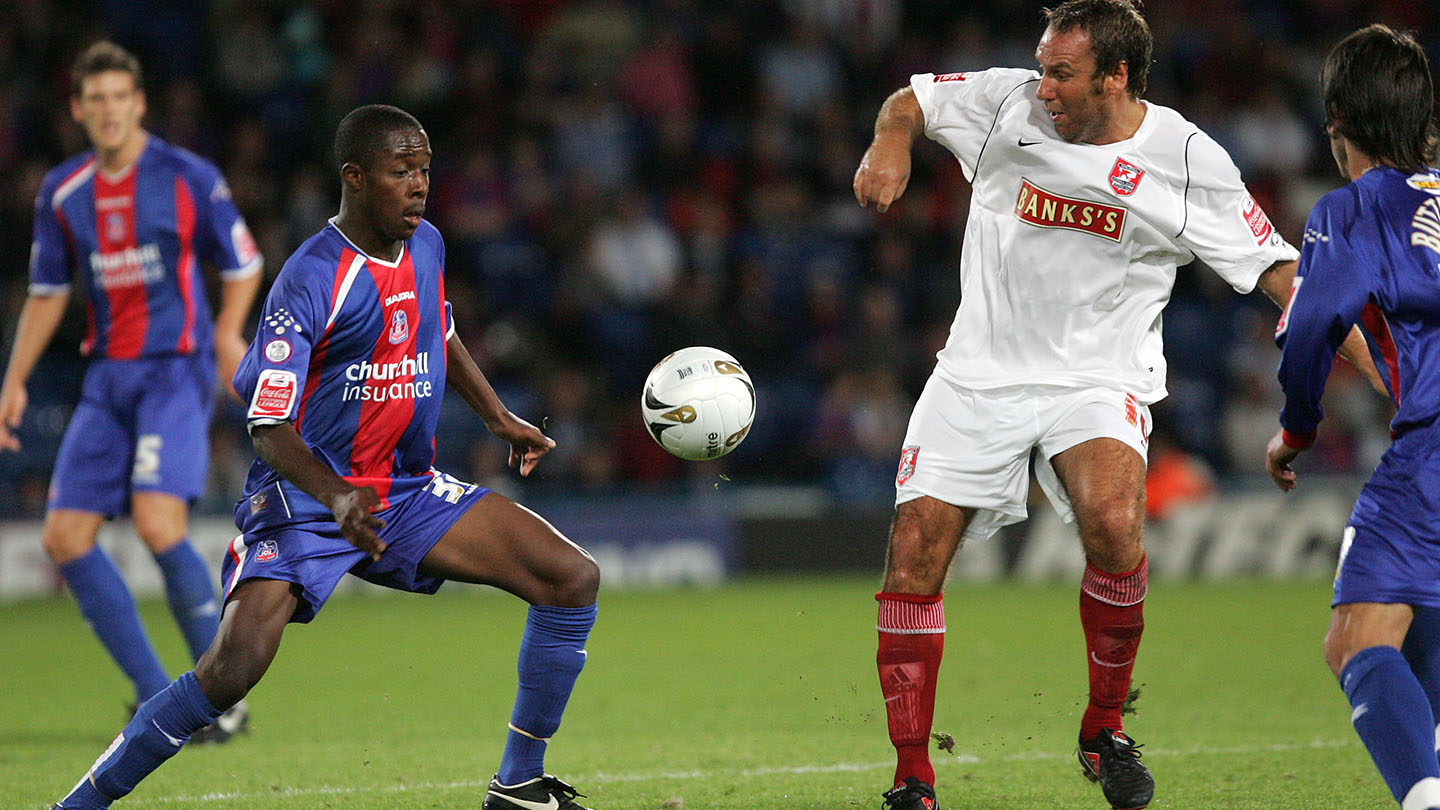 “Because the games against Walsall and then Coventry City in the next round were competitive games they were just as proud moments for me and my family – even if everybody always asks about the Inter game!”

Going toe-to-toe with Zanetti, playing in two clean sheet victories in the League Cup, Fray’s rise at Palace looked like it was going to be a fast one – even with imperious obstacles in the way.

“Emmerson Boyce and Danny Butterfield, two very good Premier League standard right-backs, were ahead of me,” he says. “I knew it was going to be tough but I was still very much amongst the first-team squad and making the bench for a couple of games.”

As common as the next part of the story is, it doesn’t make it any less frustrating or upsetting: injuries started to take their toll.

“Weak hamstrings,” Fray pinpoints. “I was going through these cycles of four-to-six weeks out.

“But by then Dowie had left and that meant I had to prove myself again to Peter Taylor because he wasn’t aware, like Dowie and his coaching staff were, of what I could do, when fit, having watched me at Academy level.” 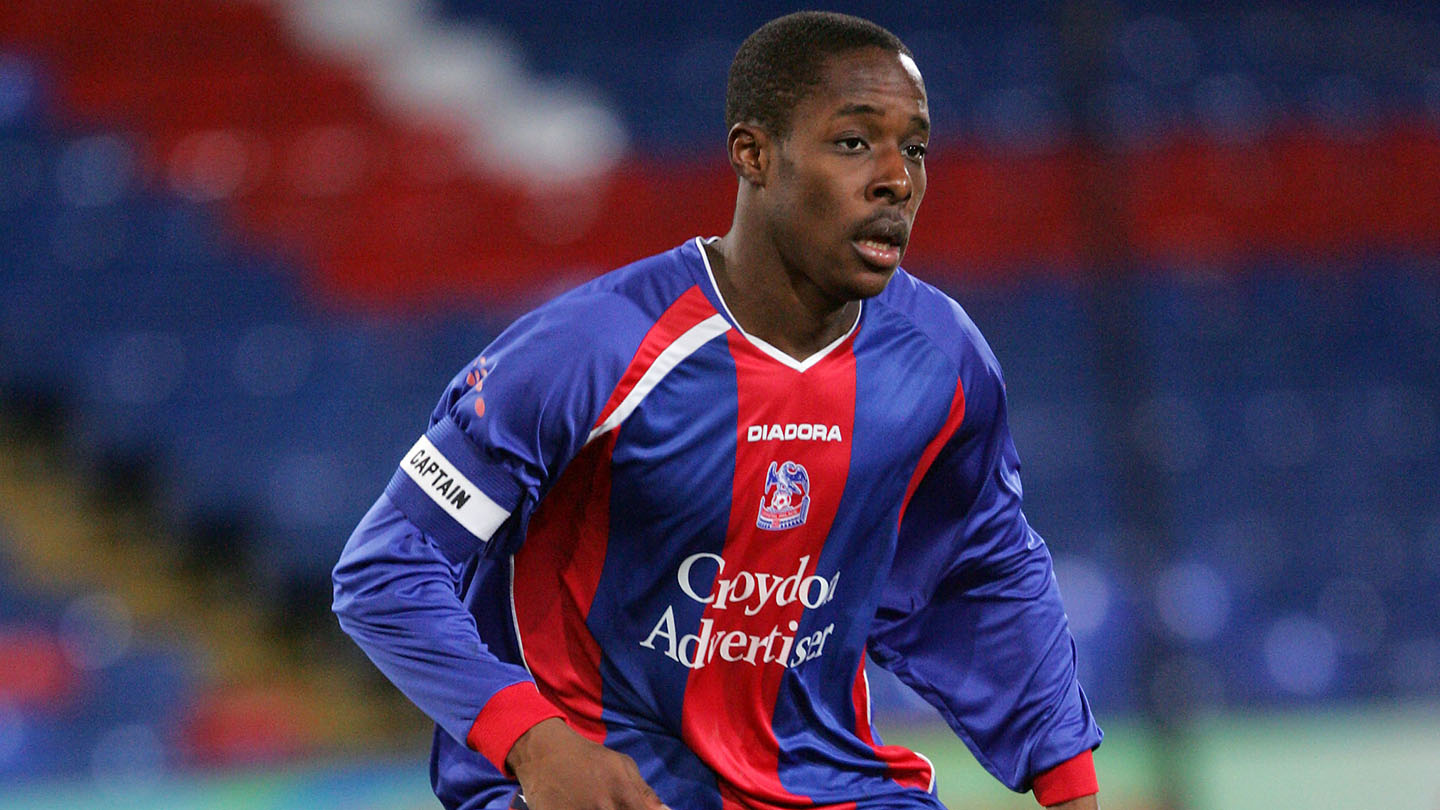 Peter Taylor’s 16 months at the helm came and went, and Neil Warnock arrived with the sole objective of steering the Eagles away from the relegation zone. No room for risk.

“Neil had watched me in a couple of Reserve team games but at the end of my contract he sat me down and said: ‘I’ve seen a bit of you; I’ve heard a lot about you. You’ve had a difficult time with your injuries. I’d love to be able to extend your contract but unfortunately I’m not going to offer you a new deal due to the fact I do have a right-back coming through who I do think is going to be very good.’”

Years later he doesn’t mind reliving this story because the right-back Warnock was referring to was none other than Nathaniel Clyne.

But Fray hasn’t hung up his boots completely, and nowadays he plays for Glebe in the Kent County League: “You’d be very surprised at the quality players that there are at this level,” the former Palace right-back says – and he’d know, having come up against some of the Nerazzurri’s finest ever players.

“Even the manager of Glebe is someone who shouldn’t be at this level: the old Millwall striker Gary Alexander. One step outside the Ryman South there’s a good core of managers and players.

“I want to be involved at this level as I want to pass on my knowledge from my Palace background. I’ve been there, seen it and done it. For any that are passionate and dedicated at making football a career, I’m there to offer an ear to them.”

The student has become the master.

Season Ticket holders who waive their right to a refund and direct funds towards supporting the club’s Academy will receive incredible benefits depending on the refund they waive. Benefits include:

Full information can be found here!