On the second day of the International Winter Tournament in Tel Aviv, Israel, Crystal Palace enjoyed a thoroughly successful afternoon, recording their first ever victory at the Under-19 tournament.

The Eagles partook in the competition last year but their comparatively young squad were unable to defeat any opponents. This afternoon against Excelsior Rotterdam, however, the Eagles enjoyed a comfortable victory that displayed a marked improvement from their performance yesterday.

Later on, the Eagles ensured they would end the day unbeaten as they held Israeli side Hapoel Beer-Sheva to a draw. Read on for both reports.

On a pitch suffering from driving rain throughout the previous night, Palace and Excelsior Rotterdam battled to stay upright as much as they did with each other in a well fought affair which Paddy McCarthy’s men dominated from kick-off.

The Eagles displayed a promising sign of their attacking talent when Brandon Pierrick tore his way into Rotterdam’s box and laid-off John-Kymani Gordon, who cut the ball to Aidan Steele only for the midfielder to strike too high to make the most of impressive build-up play.

Malachi Boateng wouldn’t make the same mistake a few minutes later, however, when he clinically struck home from the centre of the box on the end of a fine TQ Addy square-ball. Having seemingly upped their game following yesterday’s defeat, Palace earned their just reward.

The Dutch were still in the game though and threatened the south Londoners by forcing Jacob Russell into athletic action to deny Brent Maxim Vughts’ firm shot from 12 yards. Russell found himself leaping swiftly to his left for the second time in two minutes when Dave ven Delft tested the ‘keeper’s reactions.

Rotterdam’s push late in the first-half became something of an onslaught as first David Boateng and then Noah Watson were made to clear the ball from the goal-line but, thankfully, the pair did admirably to maintain Palace’s advantage and the Eagles entered the break in front.

That advantage was soon extended as Palace re-took to the turf bristling similarly to how they were in the first-half. John-Kymani Gordon was able to breathe a sigh of relief as, having rounded the Dutch ‘keeper, he fell into a cluster of defenders and seemed to have lost a fine goalscoring opportunity before clinging on to possession and forcing the ball over the line.

The remainder of the game passed by with little further drama as Rotterdam sought to find a route back, but their efforts were tame and Palace held on to record their first ever victory in the annual tournament. 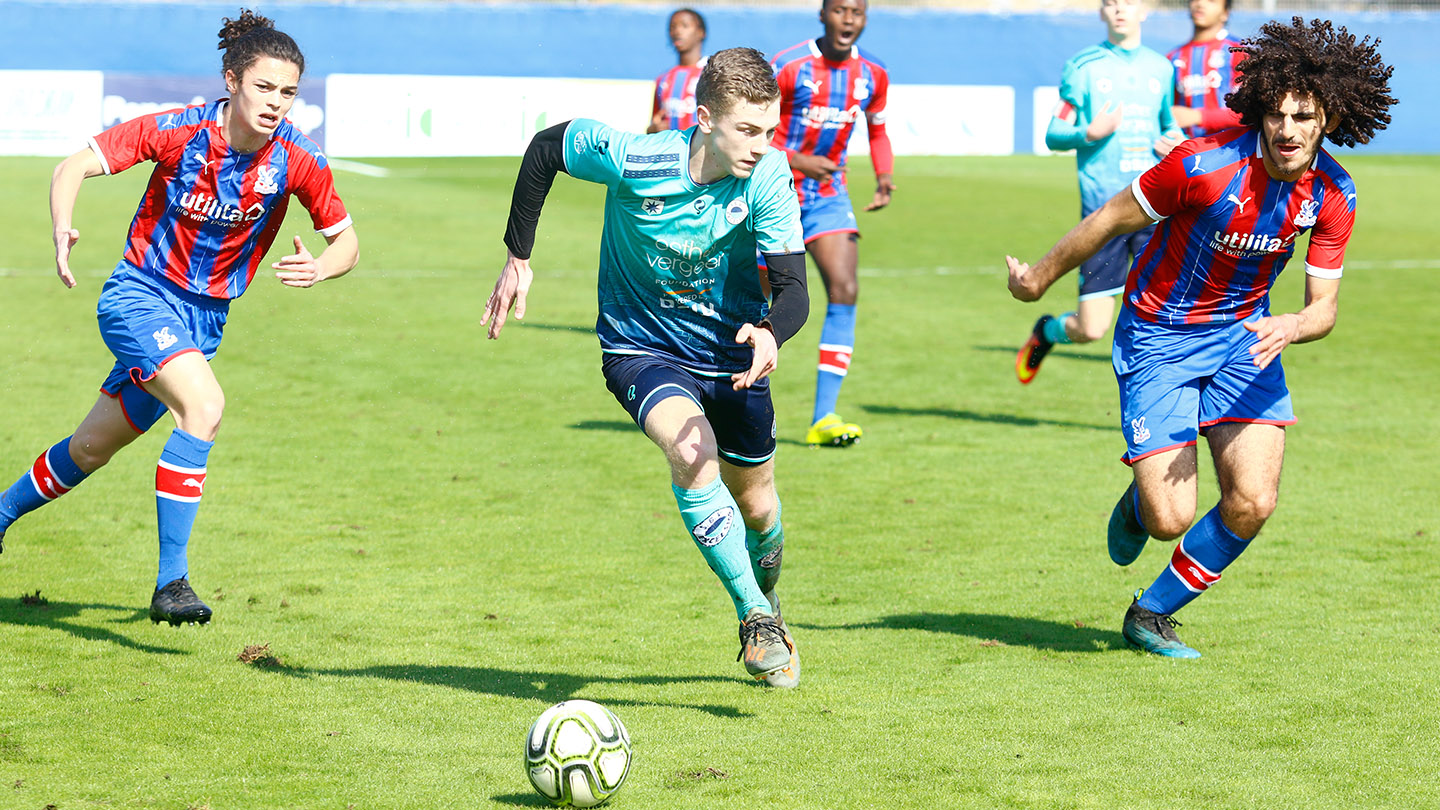 In a game that saw Hapoel Beer-Sheva's well developed 18- and 19-year-olds take on a fairly young starting XI, Palace held their own and were unfortunate to fall behind in the opening 25 minutes. The Israelis bagged against the run of play when one of their quick-thinking strikers dispossessed England Under-16 goalkeeper Joe Whitworth and capitalised on the clear chance to find the net.

Even at a goal down, Palace were by far the dominant side for the game's first half an hour and routinely tested the Hapoel backline. Forward Rob Street came close to finding the Eagles' equaliser only to be denied by goalkeeper Ziv Cohen and then Roi Salem, who got his body between Street and a billowing net impressively.

Despite applying consistent pressure to their Israeli adversary, Palace hadn't found a way to open their account by the sound of the half-time whistle. Quite rightly, this changed when Chamberlin-Gayle turned home in a crowded penalty area as he roamed forward from defence to find his side its equaliser.

Fatigue appeared to roll in as the second-half ticked on, and Palace were unable to maintain their offensive presence. But they sustained their defensive organisation to keep Hapoel at bay and when the Camels did find a way to goal, Whitworth was on hand to save low at his near post and ensure Palace ended the day unbeaten.