Hodgson: ‘Rak-Sakyi has a big future’

Crystal Palace first-team manager Roy Hodgson has commended the work and attitude of Academy midfielder, Jesurun Rak-Sakyi, with the youngster named on the bench for Palace’s Premier League game with Chelsea.

Rak-Sakyi, who joined Palace after leaving the Blues in 2019, has recently spent time training with Hodgson’s team before making the squad on Saturday.

His success with the Under-18s and Under-23s and recognition at first-team level this season have earned him a professional deal.

"He's dealt with it [stepping up] very well,” the manager said. “For such a young man he's shown a remarkable maturity and a remarkable sangfroid.

“Coming into a group of senior players that he’s probably only watched from the terraces before, you wouldn’t notice that with his performances in the training sessions where he’s really taken the responsibility that he’s capable of taking. 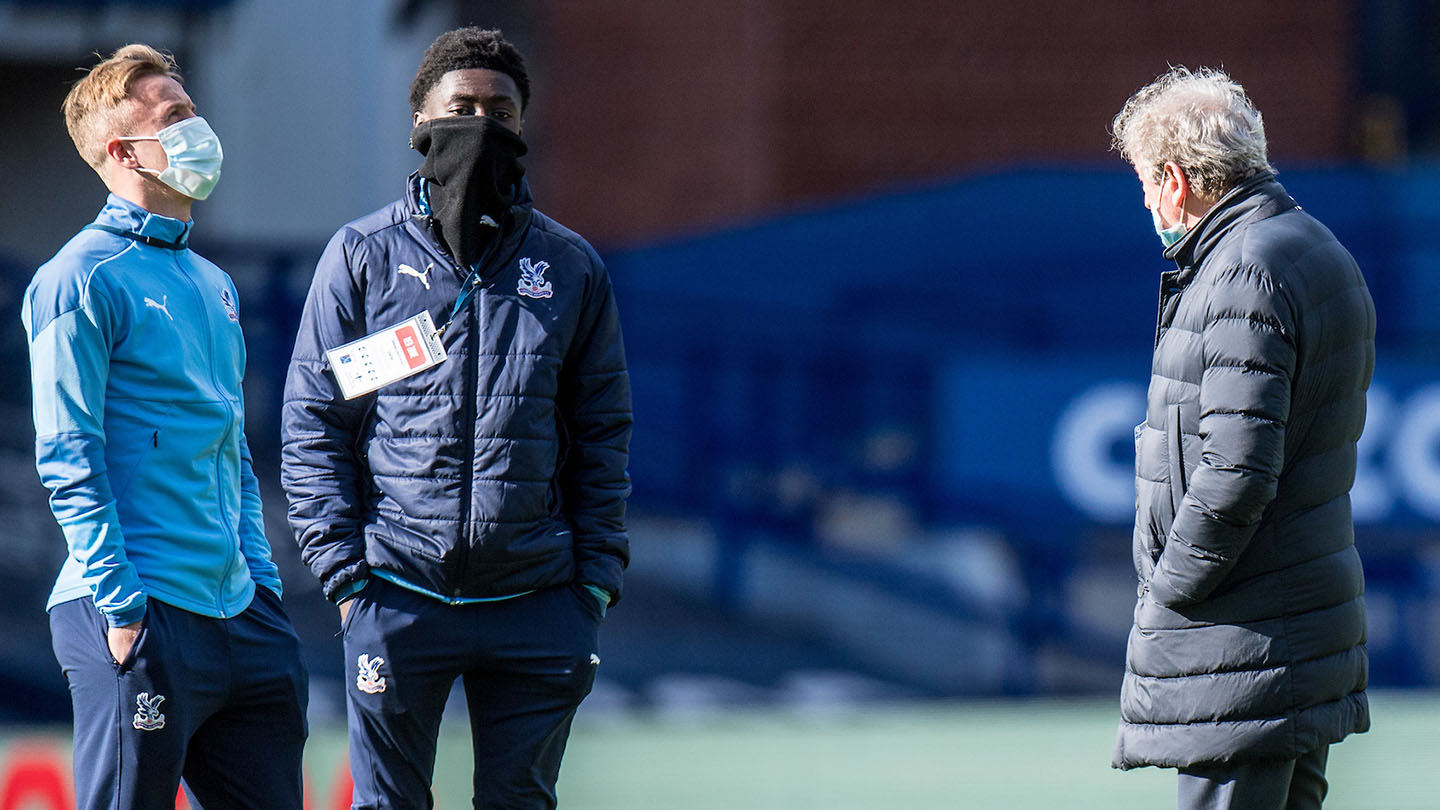 “Everyone’s taken to him and been appreciative of him and what he can do so it’s nice we’ve been able to have him with us in a situation where a vacancy has occurred because we’ve had enough senior players out of our squad to not be able to fill our 20-man quota.

“I’m very pleased with him, very pleased for him and we believe at Crystal Palace that he has a big future and will get better and better.”

Going on to explain how Rak-Sakyi has dealt with the challenge of holding his own while training with a top-flight outfit, Hodgson offered insight into the midfielder’s approach recently:

"He's certainly started in the right way because being thrown-in to first-team training – because we still had eight or nine of our first-teamers with us last week [the international break] – for him to come in and make the impression he's made and get the senior players all around him to appreciate his talents is no mean achievement.”

Finally, the Palace manager was asked if Rak-Sakyi could play for the first-team this season. He said: “It’s not impossible. Unfortunately you’ve got to go back a long way, almost before my time in the Premier League, in the ‘90s, where you actually gave away a few positions in the team at the end of the season just to give someone a run-out or to give a couple of players a bit of extra rest.

“I’ve got a feeling those days are gone because each Premier League game is of such vital importance.

“But if he continues to impress us as he’s doing - he plays in a wide area where there’s competition and it’s competition he feels he can handle – who knows, maybe he’ll do so well we’ll decide our best team in these last games is one with him in it.

“But he’s got to get ahead of some players we really do believe in and really do appreciate.”

Hear more from Jesurun after signing his professional deal below!