John-Kymani Gordon named Palace Under-18 Player of the Season

It has been quite the month for John-Kymani Gordon, off the back of signing his first professional contract, he went on to feature in two first-team matchday squads and the striker has now been named as the Under-18 Player of the 2019/20 Season.

Discussing the player that he and the coaching staff selected, Under-18s manager Paddy McCarthy admitted that everyone at the Academy is "really excited by this young man and his future."

Describing the player who has played under him, Shaun Derry and also been managed by Roy Hodgson this season, McCarthy said: "[He has a] fantastic attitude, [he’s] strong, powerful and has excellent technique.

"He has done a lot of work on the Training Ground and he’s shown a real open mind to learning and a real desire to get better every day." 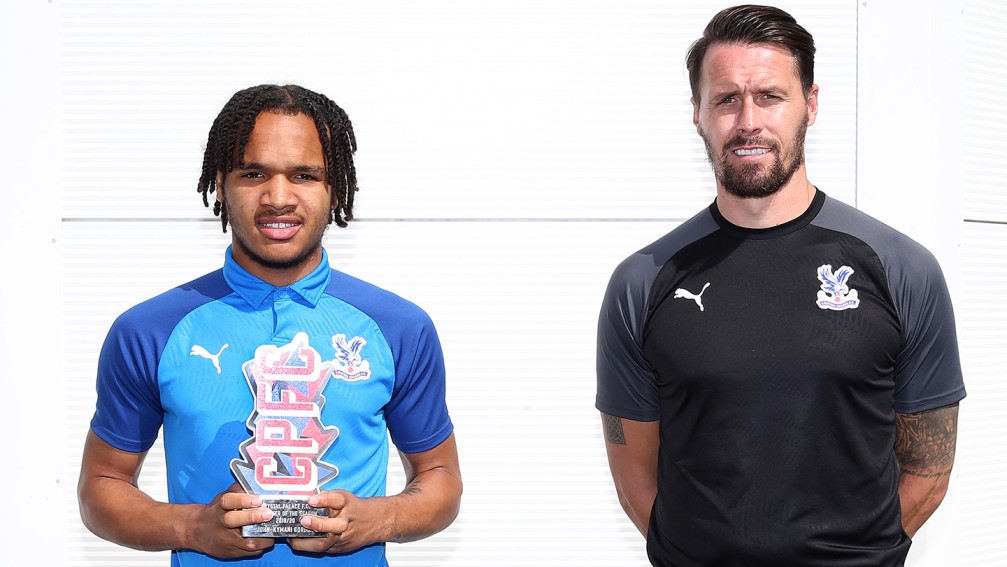 Upon being handed the award, Gordon’s pride was clear for all to see: "I’m delighted, to be honest; I wasn’t expecting that at all," he admitted.

"[I'm proud after] coming from all the downs that I came through – getting injured and then having to get back into the squad to where I am now: training with the first-team."

Training with Hodgson’s senior squad has left the 17-year-old pinching himself at times: "Seeing players that I used to watch on TV, play [with on] FIFA and now they’re there in person; I’m watching them," Gordon said.

Gordon was keen to pay tribute to the various Palace Academy coaches that have been vital in the young striker’s development, too: "I couldn’t ask for more. They pushed me when I was down. They made sure I kept my head down. They guided me into the right path, gave me the small details about what it takes to have a successful career."

Having been with the club for almost a decade, living a stone’s throw away from Selhurst Park, Gordon is determined that his involvement in the first-team matchday squads goes one step further in the next couple of years:

"Every time I go to sleep I think about it [playing for the first-team]," he said. "If I’m not at the game I can hear the cheering from my house – that’s how close I am.

“It would be a dream come true."

READ NEXT: Malachi Boateng named Crystal Palace Under-23 Player of the Season