2020 Wrapped: Reflecting on Palace's highs after a testing year

For the first time in most of our lives, football was suspended across the country for months. We had to wait 106 days between defeating Watford in March and trumping AFC Bournemouth in June and many of us will never have endured such a prolonged period without backing the lads in person.

But, if one thing has become clear, it's football's ability to provide a welcome break from whatever is happening off the pitch. It's one of the primary reasons the sport resumed at all, and its return brought relief for many supporters - even if it came through a TV screen.

With that in mind, look back on the highs of a testing year across Crystal Palace Football Club, with everyone from the players, staff, supporters and members of the community pulling together to make 2020 the best it possibly could be.

Off the pitch, from the Palace Kitchen to Marathon March, as well as the incredible fundraising efforts initiated by supporters, the words 'South London & Proud' couldn't be more apt.

Thank you for your support.

Palace in the community

Throughout the year, the club, its supporters and Palace for Life have been essential parts of their community - coming into their own during the pandemic.

We've seen players make donations to various causes, the club offer use of Selhurst Park to the ambulance service, staff phone senior Season Ticket holders, the Foundation deliver incredible programmes and supporters raise thousands for the causes that matter to them.

Club chefs cooked over 20,000 meals which were delivered to those in the community who need it most, namely elderly and vulnerable people forced to stay at home, families facing food poverty, homeless people and frontline NHS workers. 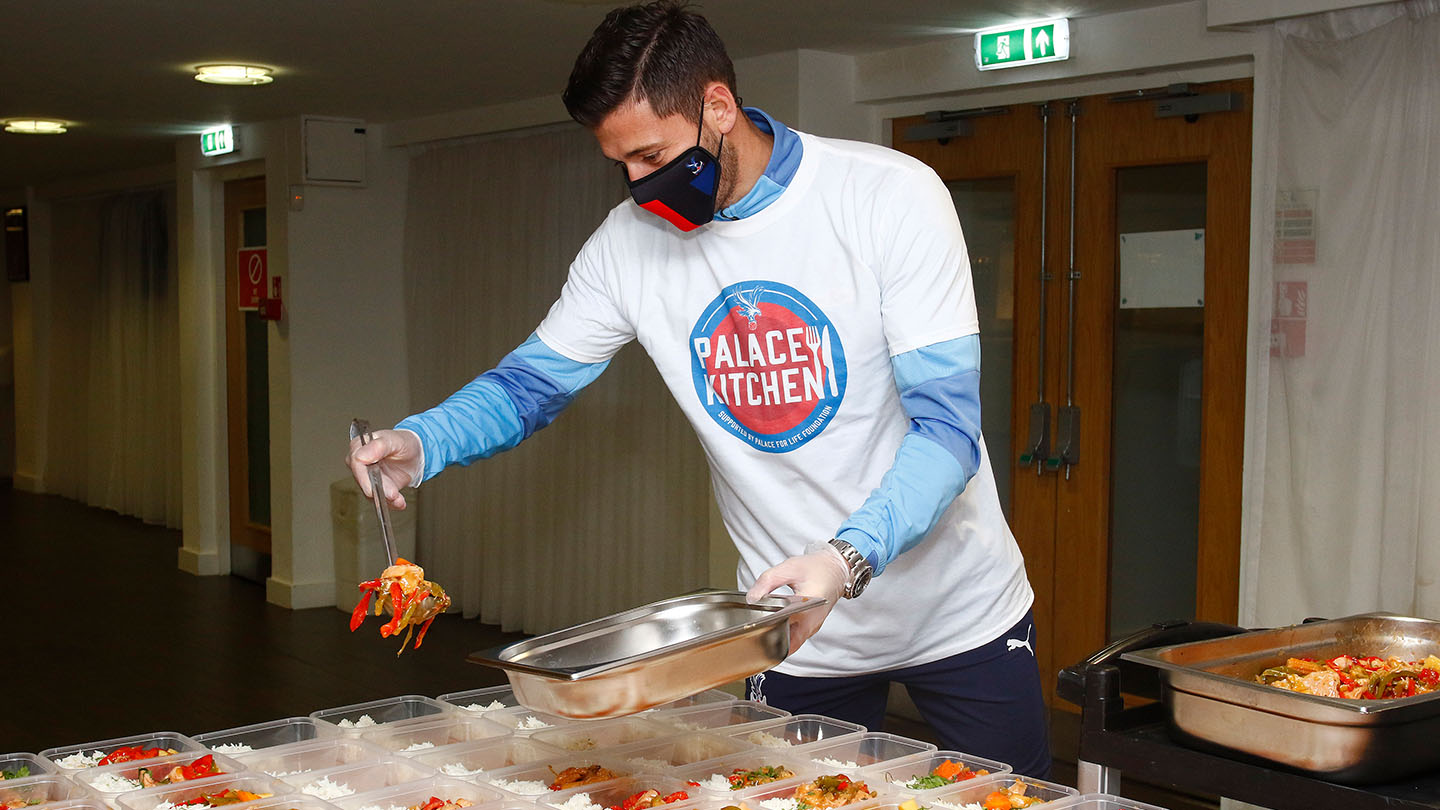 The Marathon March and Bike to Bournemouth

The Marathon March ran for its fourth year, with 130 fans walking 26.2 miles across south London and raising over £75,000 for the club's incredible Foundation.

Earlier in the year, despite the Bournemouth game being postponed, 30 Eagles supporters cycled 100 miles from south London to the Vitality stadium and raised almost £15,000 in doing so.

Both were truly phenomenal feats of commitment.

Club staff phoned over 1,200 Season Ticket holders aged 70+, checking in a for a chat about Palace and to ensure our fans were supported during the first lockdown.

Many called multiple times, with former players such as Dougie Freedman, Aki Riihilahti and Alan Birchenall also joining in.

Supporters united to support all of the clubs' initiatives and did their bit for the local community by raising thousands for local foodbanks.

The Holmesdale Fanatics spearheaded the fan initiative 'We Are Palace' to raise over £11,500 for the community and collected and distributed donations from supporters to those in need.

We cannot thank supporters enough for their support for Palace on the stands and from home and the south London community through the year.

On top of their involvement in the Palace Kitchen, organising the Marathon March and Bike to Bournemouth, our Foundation supported 10,000 young people across south London this year.

Their summer activity camps were enjoyed by 400 children and they have led remarkable initiatives such as Palace Pad Chat to ensure their commendable work continued to benefit south Londoners whatever the restrictions. 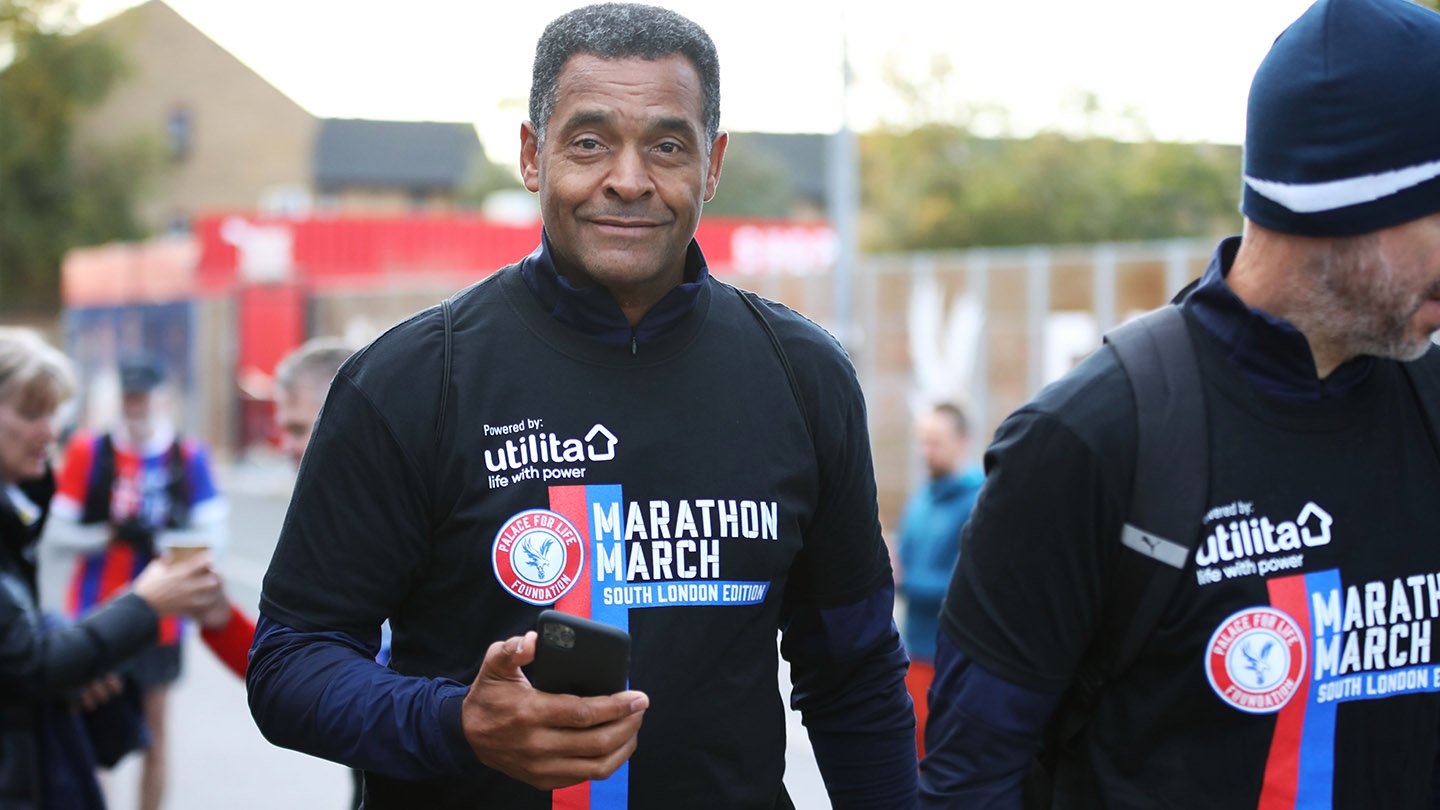 Of course, our players sustained their commitment to the community. As well as making donations throughout the pandemic, the lads volunteered at Palace Kitchen, called local schoolchildren and provided housing for NHS staff.

Additionally, Wilfried Zaha and Chloe Morgan were added to the Football Black List for "raising awareness of both Black representation and LGBT+ inclusion in the women’s game," and "supporting nurses during the coronavirus pandemic" respectively.

Members of the Palace Women squad supported initiatives to raise awareness around mental health concerns and worked tirelessly in their jobs during the pandemic to keep the country running.

We are immensely proud of every players' work this year.

If 2020 has been a year to celebrate for anything at Palace, it's our Academy.

We had Category 1 status approved, putting our Academy into the country's top tier. With this, our Under-18s and Under-23s both adapted to the challenge of top-flight youth football, with the U18s ending the year in fourth place.

Now, our Academy continues to be redeveloped, with plans and improvements stretching well into 2021.

We handed professional contracts to several lads, signed a roster of talent for the Academy and were delighted to watch Brandon Pierrick, Tyrick Mitchell and Nya Kirby make their senior debuts with the first-team.

Plenty more could be included above as the club and its supporters rose to the challenge 2020 dealt each of us. Thank you for your support this season. We cannot wait to have you back in 2021.