“Down, down, there and across…sorry, I’m just finishing off a bit of homeschooling,” the start to our phone interview with Alan Lee highlights the strangeness of the times we currently find ourselves in. 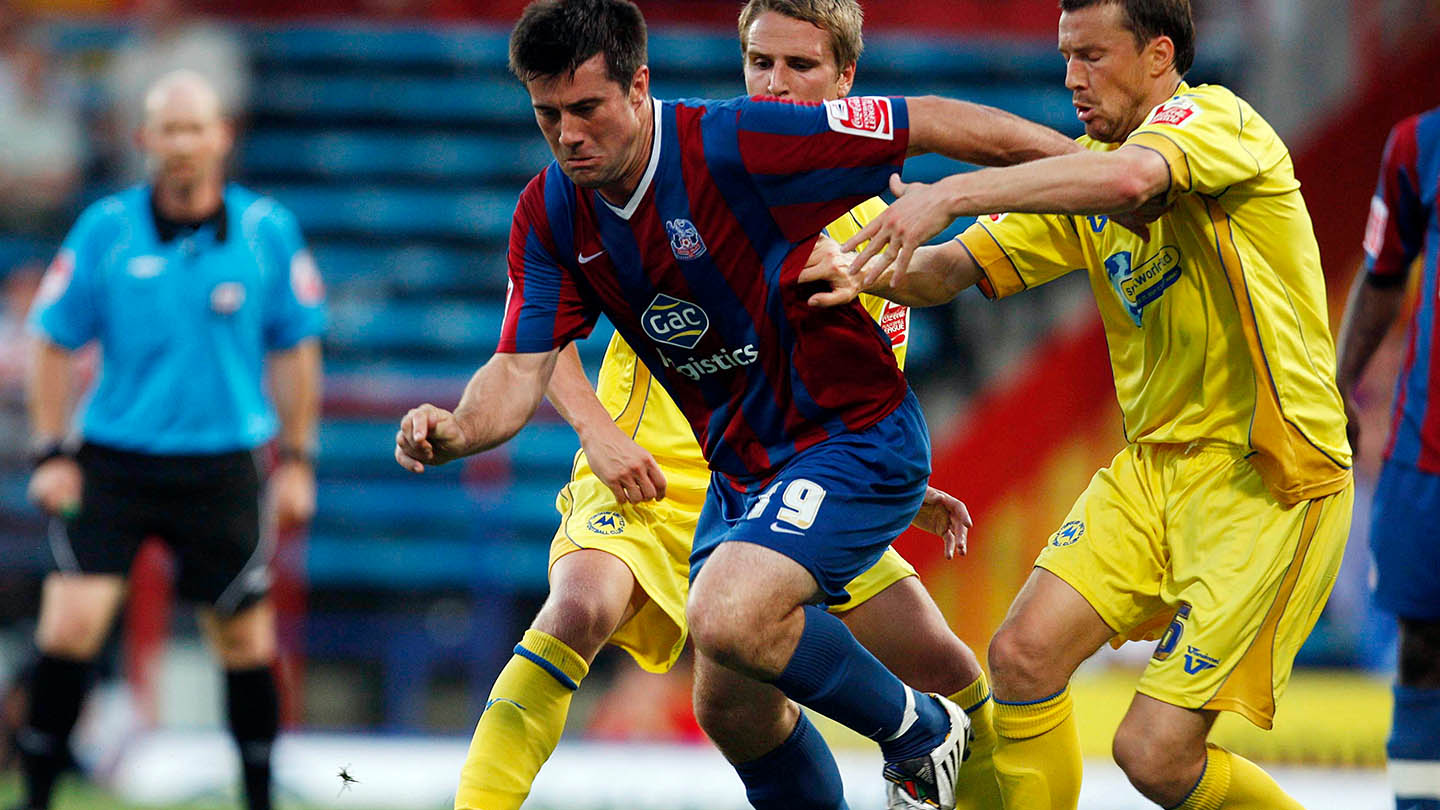 But in this difficult period when football is most required, ironically, in its absence the sport has served an even bigger role. Whether it is has been getting involved with Palace TV’s watchalong of the iconic 1990 FA Cup semi-final or dusting off those relics to showcase in our Palace in the Attic campaign, our own unique connections to the Eagles has served as a passer of time and a link to normality.

When going through fans’ pre-war programmes to FA Cup final tickets that have kindly been sent in for Palace in the Attic, it’s hard not to consider these items could’ve been for a club that may not have been in existence for a decade by now.

You can also file Alan Lee’s 2009/10 season with Crystal Palace under ‘things that almost didn’t exist.’

“I thought: ‘I’ll be leaving Palace, it has just not worked out,” Lee begins to detail his thoughts after returning from Norwich City on loan following a “horrible” first season in south London – which he moved to from Ipswich Town in the summer.

“I went to Palace and in my first training session I got injured – I tweaked my hamstring. We didn’t diagnose it right – we didn’t realise how severe it was.

“I returned too quickly and tore it again but worse this time. Therefore, straight off the bat, I’m out for the first few months.”

A red and blue career that starts like that and ends up with a loan deal just six or so months into the first year is hardly the fairy tale opening to a story that culminates with Lee scoring on that emotional afternoon at Hillsborough in 2010.

“When I returned from my injury I was useless,” Lee recollects honestly. “Everything felt wrong. I was in a really lonely place. You’re wrestling with the fact you want to prove yourself because you know people have spent money on you.

“As a footballer, you can’t even look yourself in the mirror. It wasn’t my fault I got injured but you feel like it is your fault.”

Of course, footballing narrative was always going to dictate that Lee would, ironically, re-find his confidence at Norwich City, the fierce rivals of Ipswich Town and a club he admits he was “bitter” and “disappointed” about leaving.

“When I went on loan to Norwich, it was amazing,” Lee talks through this spell with the Canaries. “I had six weeks of playing the best football I’ve ever played. They got relegated but personally I played very well; I got some goals and the fans had given me Player of the Month.”

With the acceptance that it wasn’t going to work out in south London, Lee “moved back home to Dedham so I was travelling in every day. It wasn’t ideal but I was happier.

“I was back for pre-season, over my injuries and it was weird: I enjoyed myself.”

The narrative kicks in again, because in the summer of 2009 Lee came close to joining the side that would’ve given anything for him not to have been on the pitch on May 2nd, 2010: Sheffield Wednesday.

“A funny thing happened in the first game of the season: I was on the bench when I think everyone thought I’d be gone,” Lee’s surprise he was there is still present in his voice today, 10 years on. “I think a move to Sheffield Wednesday nearly materialised. But I came off the bench and I scored the equaliser [in a 1-1 draw against Plymouth Argyle].” 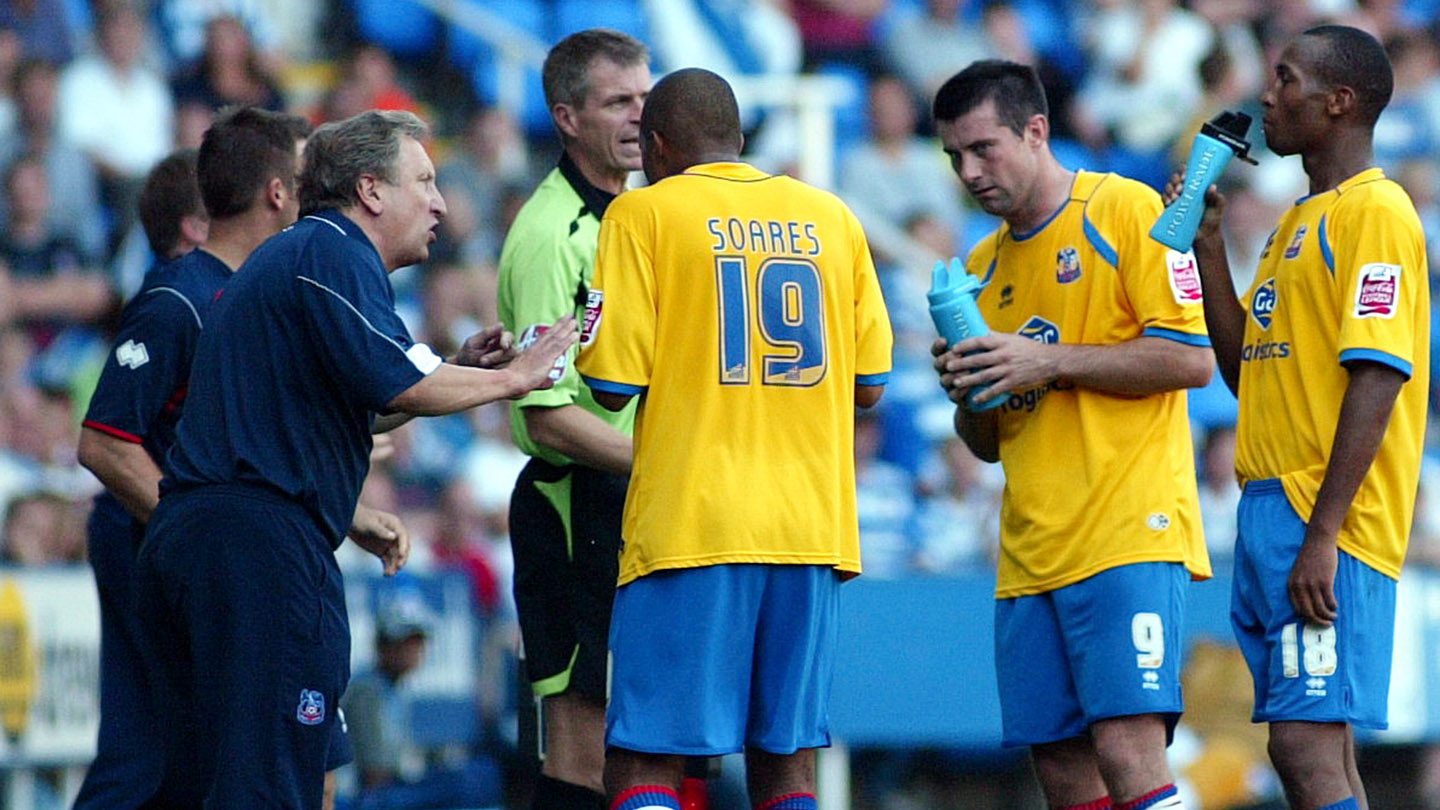 Ironically, the first part of the 2009/10 season can be bookended by Plymouth Argyle: the Pilgrims provided the opening Championship fixture and then suffered a 1-0 loss on January 16th, 2010 - the last league match before the Palace’s future was thrown into jeopardy.

“We were flying up to Newcastle for a game and the rumours were now really strong. I remember getting off the flight and us all finding out we had gone into administration and we had been deducted 10 points.”

We put it to Lee that that must’ve thrown the squad into disarray – nearly impossible to concentrate on the football, no doubt.

The response surprises us and reveals a lot about how Palace managed to guide themselves to safety down the line in May.

“No one made any excuses. If anything, we had a laugh about it.” Lee senses our bewilderment, so adds further context: “We had such good characters. A nice mix of young, gifted players but good pros, too, who knew what to do – not all choir boys by any stretch of the imagination but once they crossed the line, they were honest.

“Paddy McCarthy must’ve played so many games injured with his shoulder, it was heroic.” 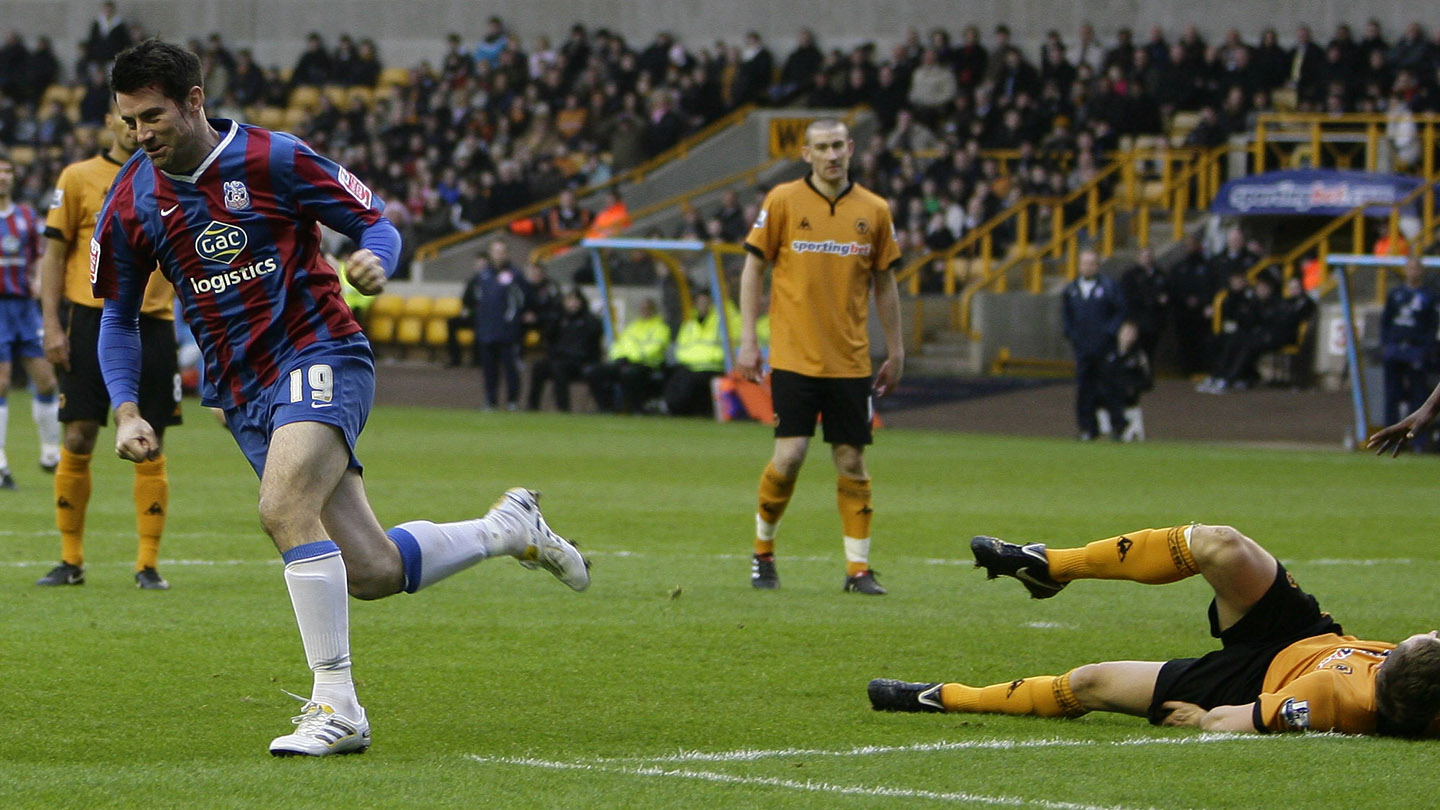 A commendable reaction to the news that the club’s future was in grave danger, perhaps, but surely when Neil Warnock heads for Queens Park Rangers, the mentality changes - it would be understandable.

“It’s weird looking back because you think there should’ve been [backlash to Warnock for heading to Loftus Road]. However, Neil was just totally honest; he told us beforehand that it could be happening. He was a gentleman about it. And we had no bitterness about it – the same with the likes of Victor Moses and Nathaniel Clyne going: good for them.”

“That was quite remarkable,” Lee adds like he can see our face at the end of the phone. “We had a joke at Neil’s expense, of course. And that summed up the unity we had. For example, we’d be joking that lads would be leaving tickets at the Box Office for scouts who were coming to watch them and I remember we would be putting fake tickets under Danny Butterfield’s name for Accrington Stanley.”

The positive reaction to someone of Warnock’s experience and at such a crucial point in a club-defining season is a little more understandable when Lee adds: “There were no team talks after a certain point of the season.

“We would just have music. For example, we’d have the Proclaimers ‘I’m Gonna Be’ song going right before a game and each player would have to go up and dance.

“Yep, before a game,” Lee confirms that we hadn’t misheard him. “We’d get everyone going. The dressing room had so much energy.

“If someone wasn’t up dancing and getting involved they’d get dug out by the lads.”

Of course, a manager’s role is so much more than a team talk and the Warnock replacement had to be perfect – any error of judgement could cost the club, well, the club. 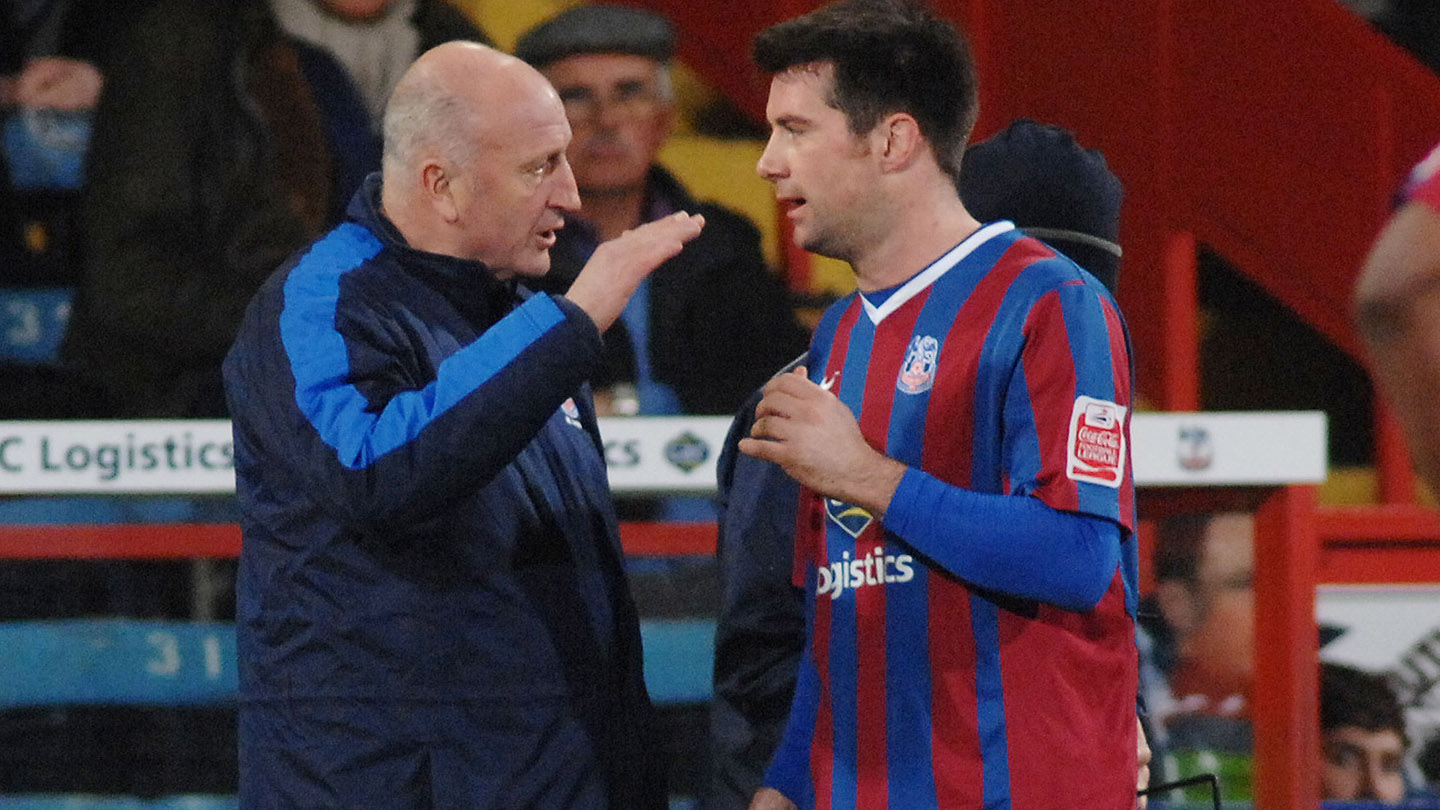 Thankfully, “Paul Hart was the ideal person,” Lee says. “He had a gravitas about him. He’s a proper leader.

“The first game he came in and he tried a couple of different things but after the first-half, he came in at half-time and he scratched that and said: ‘back to basics.’”

Hart deserves even bigger credit for that decision when you consider that this game was one that Palace were winning 1-0 at half-time against Sheffield United – thanks to a Lee goal.

“He showed the best and most experienced management to say after 45 minutes: ‘actually what I’m trying to do isn’t going to work. We’ve just got to get this club to stay up and doing it the way we were doing it beforehand.’” 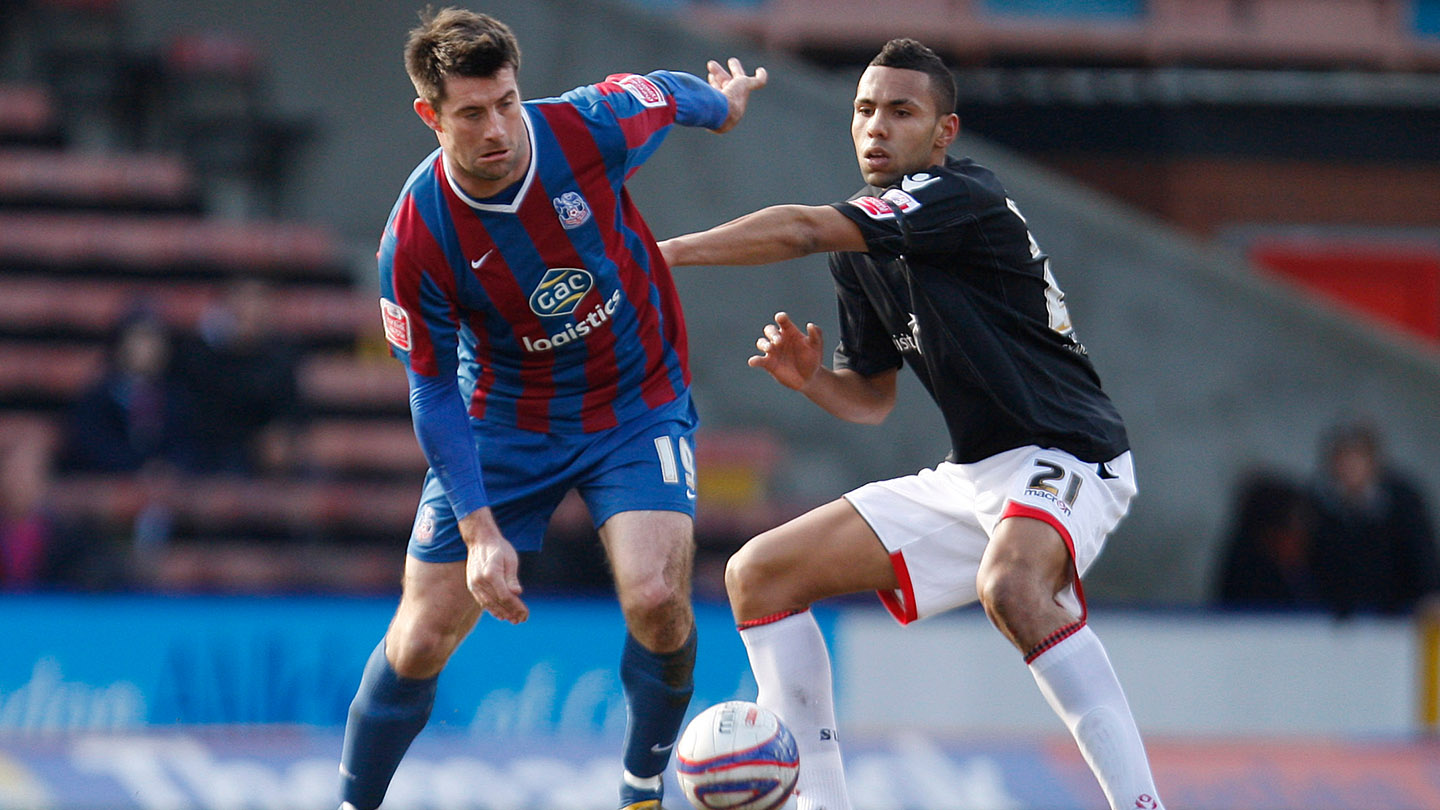 Hart’s Palace would collect another 11 points after the Blades win, meaning that the south Londoners had a fighting chance of remaining in the second tier of English football on the final game of the season: Sunday 2ndMay, 2010, Sheffield Wednesday vs Crystal Palace, Hillsborough, 13:00 K.O.

Lee begins his memories of that afternoon with an appreciation for the role the loyal Palace fans played: “Most importantly, we knew our fans were right behind us. We were walking into that game knowing that our fans loved us and believed in us. The event galvanised us all. Whereas Sheffield Wednesday were a big club and their fans were going: ‘What the hell are we doing down here?’”

Imagine how nervous the Eagles would’ve been without the knowledge that the noisy red and blue faithful were right behind them: “We are going into this huge game, so we are of course really anxious and nervous as you begin to realise you’re playing in the biggest game of your career, but that played a big part in the psychology of the team.

“I remember going through the backend of Sheffield Wednesday’s ground and having never seen as many television cameras and satellite vans as that day. It was astonishing.”

The stage was set: players knew what was at stake as the TV cameras were in place.

Just as Lee was in place in the 24th minute for a corner kick routine that had been worked on in training earlier in the week. 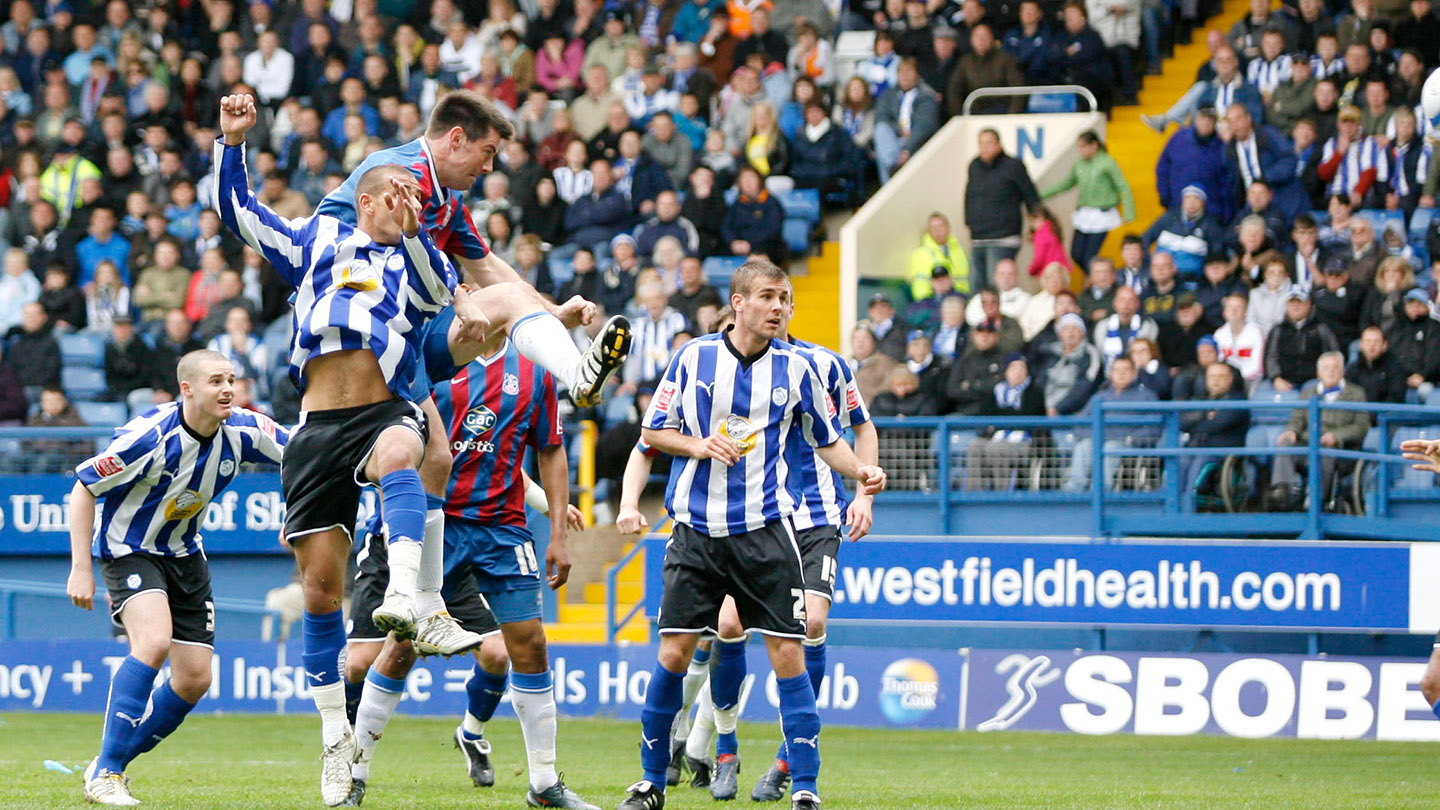 “Matty Lawrence took someone to the front post,” Lee begins to detail how he opened the scoring. “And then a great delivery from Darren [Ambrose] – great pace and right on my head. You aren’t picking a spot, you just want to get your head on it and I powered through it, knowing that no one is stopping this if it hits the target.

“When you score a goal there is no better feeling. I guess that is why people support [football teams], because they get some of that feeling in the stands. That release after I scored, if I could bottle that it would be quite something.”

Ambrose will be thankful that Lee isn’t able to access that euphoric moment whenever he wants: “The celebration, you’re not controlling that. And I remember looking back at videos and knocking Darren over rather than thanking him and he still gives me digs about that now!

“I kissed him after he scored later so I think we are forgiven.” 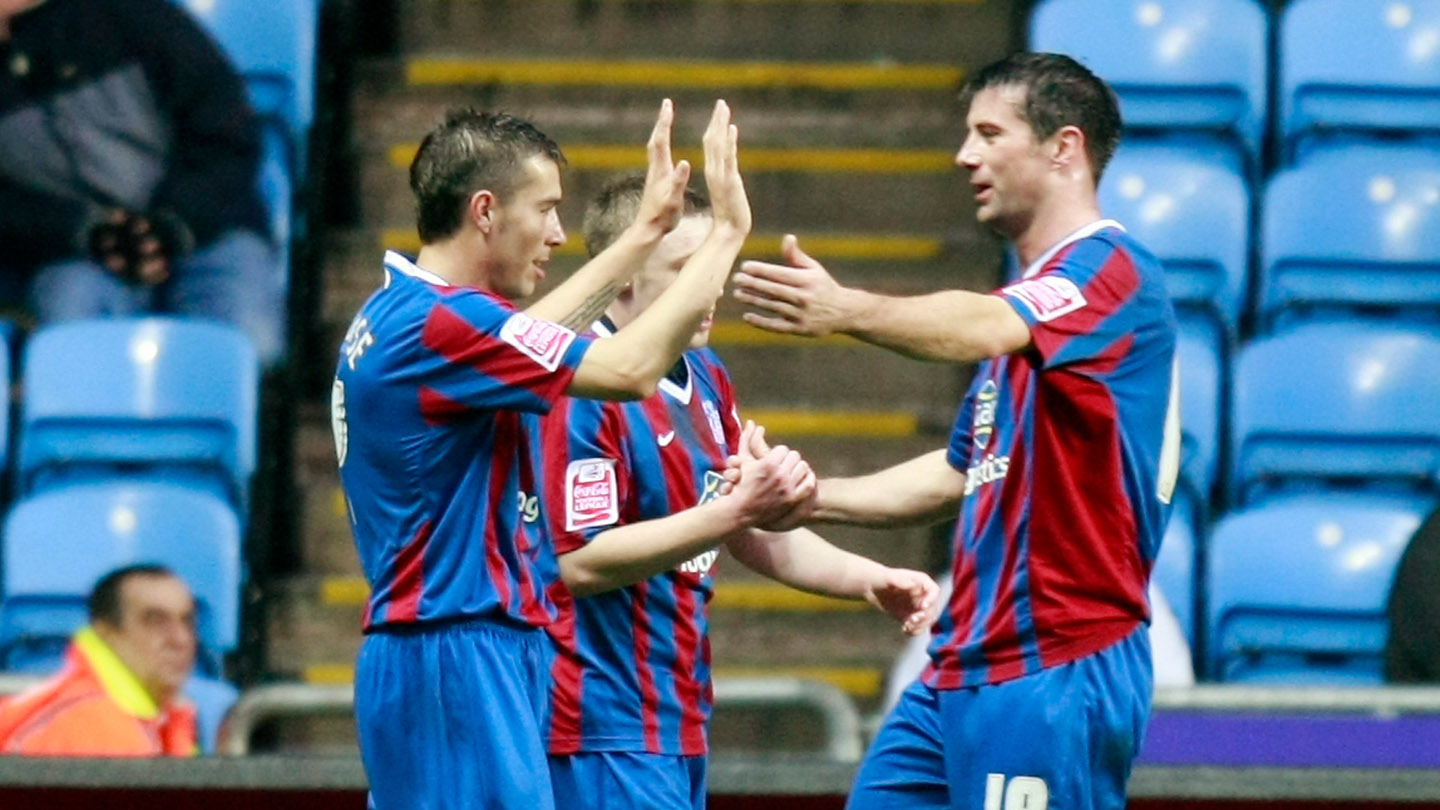 A goal, a body check on Ambrose and a kiss, Lee’s 84 minutes at Hillsborough were crucial and eventful. But if the first 84 on the pitch were enjoyable for the striker, the remaining 12 were the longest and worst of his career.

“I’m not watching,” Lee talks through those pivotal final minutes. “I was happy to come off. I was knackered and I had done my bit.

“I remember thinking: I just can’t watch this. It means too much. I was down in the dressing room and running up and down anytime I would hear something. And then they score and then you’re thinking: ‘Right, that’s it; they’re going to get the winner.’

“I remember I kept asking my mate Andy Rhodes, who was the goalkeeping coach for Sheffield Wednesday: How long left? And he said ‘eight minutes’ and I said ‘you are just saying that to wind me up!’”

Full-time. How do you even process the 90 minutes Palace have just gone through, let alone the season? 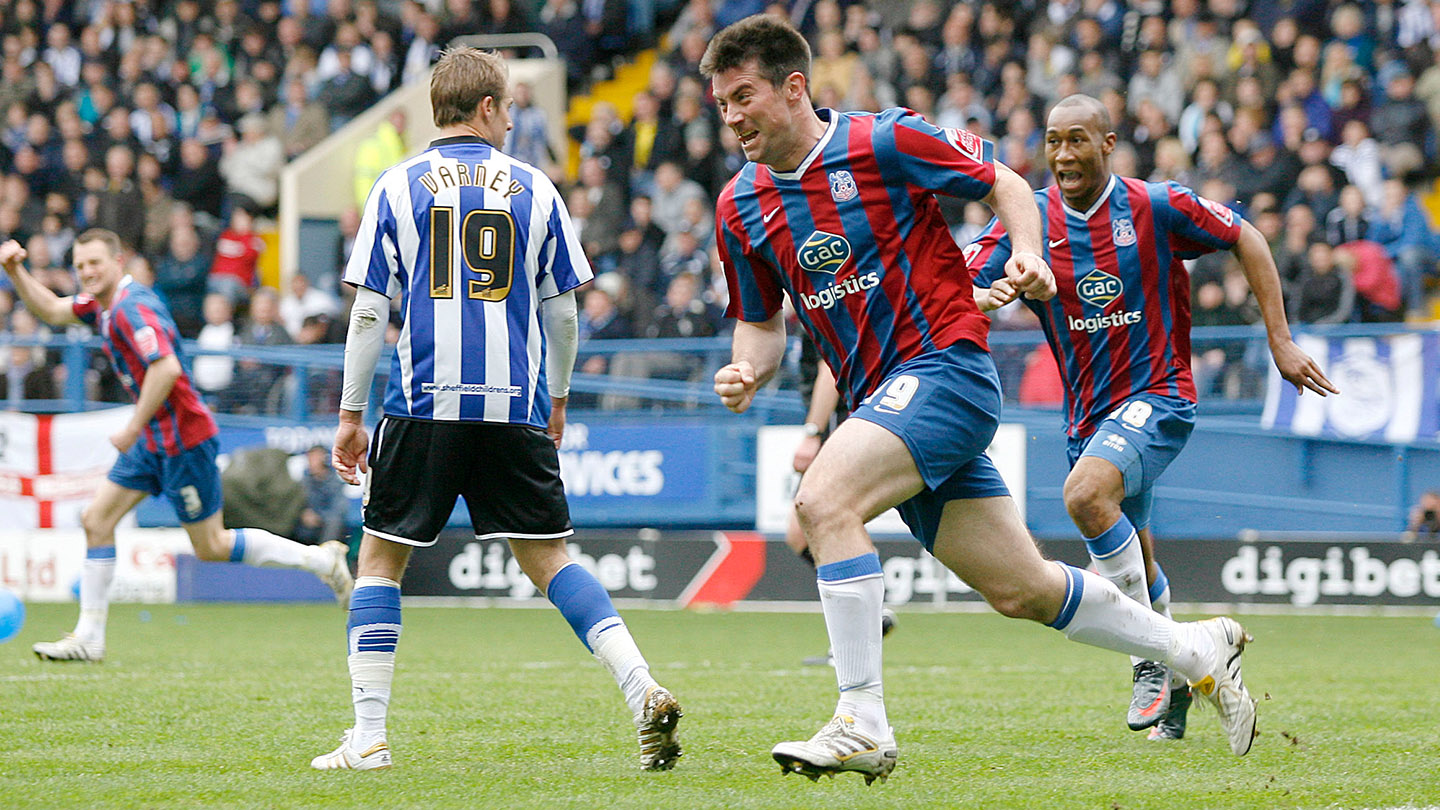 “The young lads had the music going,” Lee talks through the celebrations. “But I was in the corner, with tears of happiness – I was just really quiet and content.

“I was proud of the whole team and knew we’d achieved something really special. It was a peaceful feeling.

“At the end of the game I remember thinking: ‘I’ve actually given something back here. I didn’t contribute anything in my first year.

“I would’ve hated leaving Palace as a failure but I’m proud to say I left with my head held high.”