In November 1993, Gareth Southgate first pulled on the captain’s armband for Crystal Palace. The band hugged an ill-fitting, classically ‘90s shirtsleeve which billowed over at the top and bottom. Aged just 23, six months later, Southgate had guided the Eagles into the Premier League - the club’s youngest-ever captain to do so.

Under the leadership of manager Alan Smith, Palace’s team had youth and bravery in abundance - with a prolific frontman, a close bond and, importantly, a confident young captain.

In June 2017, Harry Kane first pulled on the captain’s armband for England. The band hugged his arm - the fashion having shrunk sleeves to skintight sheaths. Aged just 23, a year later, Kane had guided the Three Lions into the semi-finals of the World Cup - the country’s youngest-ever captain in such a tournament.

Under the leadership of manager Gareth Southgate, England’s team has youth and bravery in abundance - with a prolific frontman, a tight bond and, importantly, a confident young captain.

Now, 26 years on from first leading Palace, Southgate, according to former mentor Smith, associates part of his success as England manager with his formative years in south London. 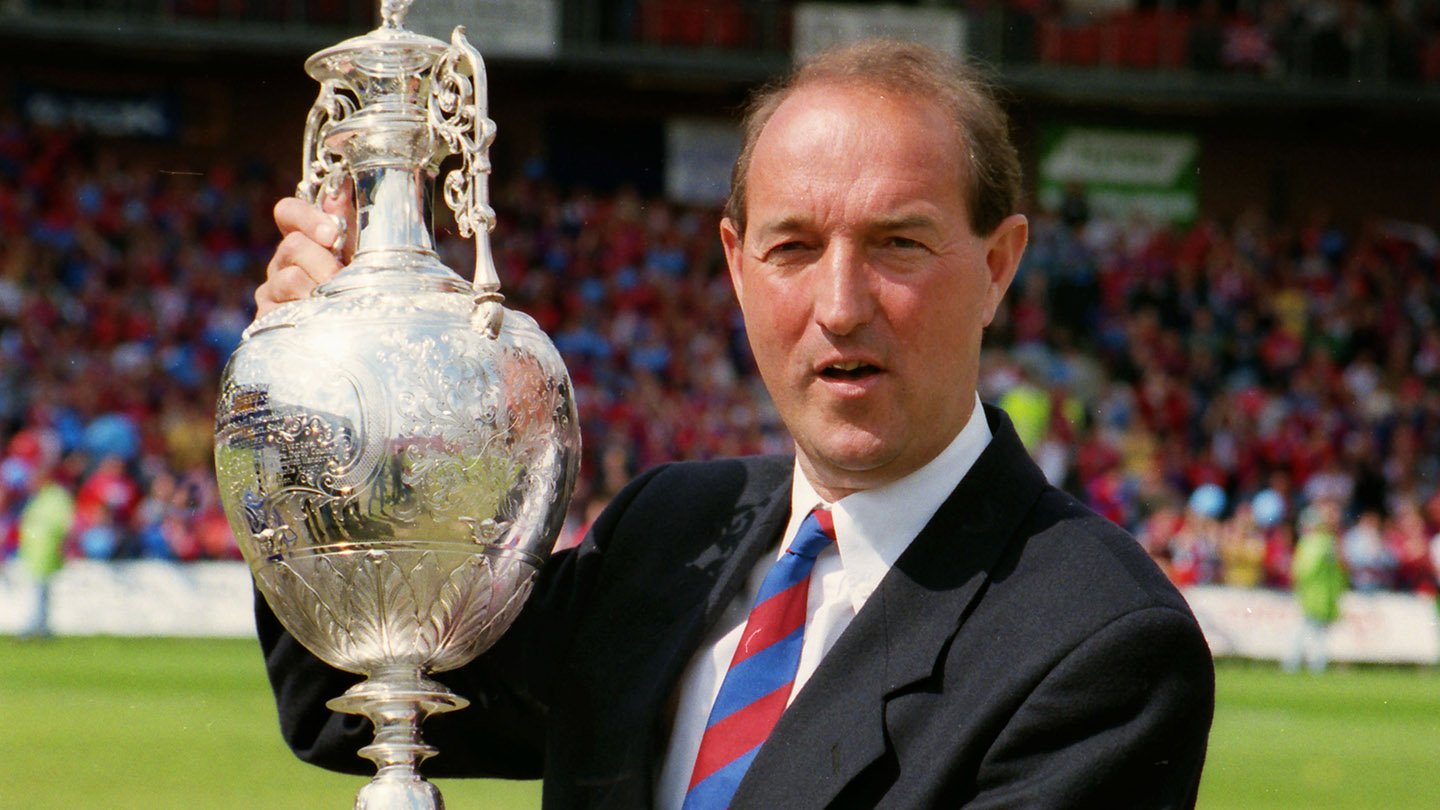 “I was talking to Gareth about it the other week,” recalls Smith, speaking with cpfc.co.uk last year, “and a lot of the things he’s now done with the England team, he says are a lot of things that really went back to that Palace team. So many players were coming through his Under-21 team that he’d had and everyone was very friendly with one another.”

Notably, Smith and Southgate share similar journeys to their managerial highlights with Palace and England respectively.

With Palace pushing for promotion straight back to the country’s top-flight after Smith succeeded Coppell in summer ‘93, some regarded the 46-year-old as a slightly unqualified selection. 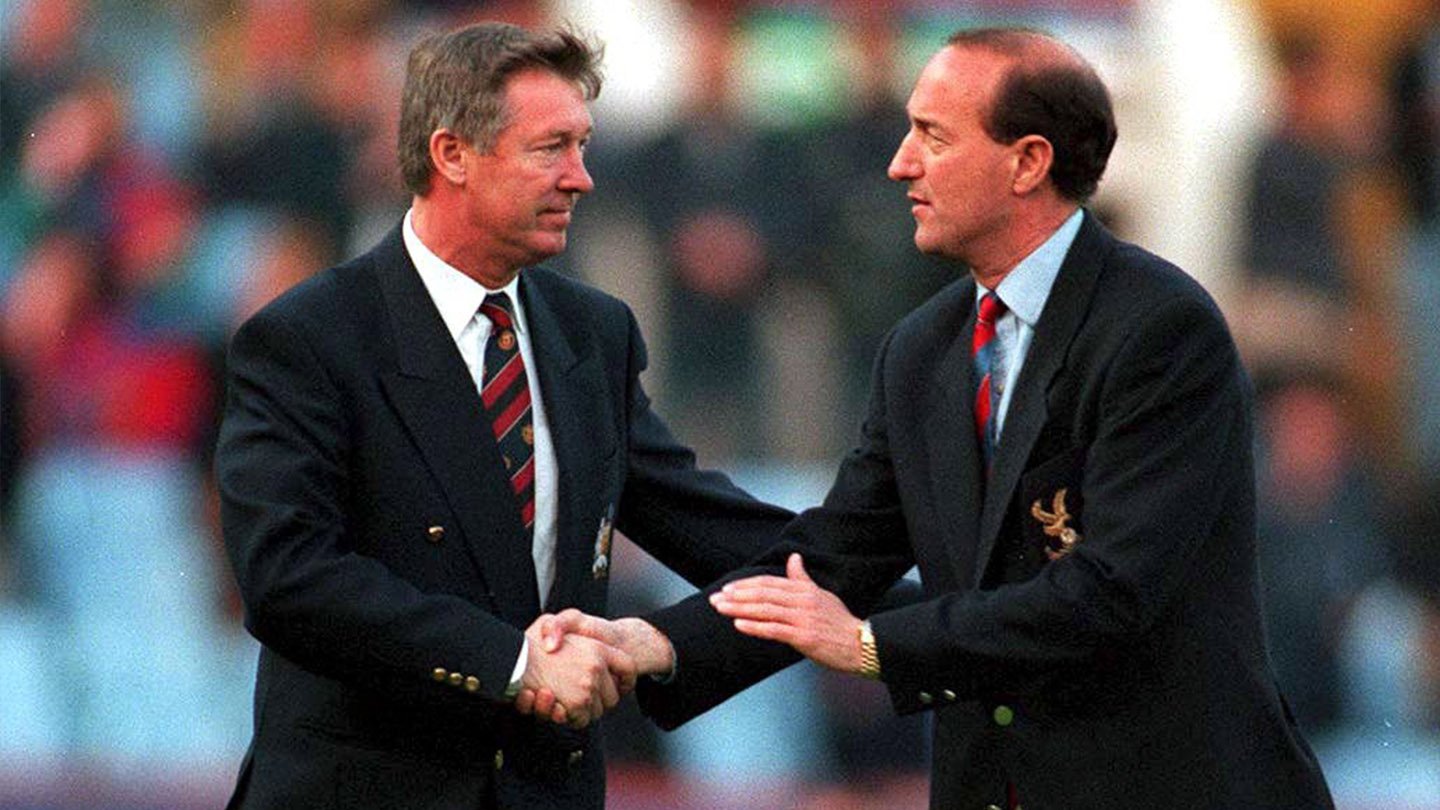 Southgate’s pathway makes for remarkably repetitive reading: a spell with Middlesbrough was all he could draw upon when he took on England’s Under-21 team in 2013 and later became caretaker manager of the national side in 2016.

With England pushing to regain a global prowess after Southgate succeeded Sam Allardyce in autumn ‘16, some regarded the 46-year-old as a slightly unqualified selection.

On both counts, the former Palace men silenced any critics and went on to achieve two of the finest moments in their respective role’s history.

Smith, famously, led Palace to claim the Division One title in 1994, topping the table by seven points and later reaching the semi-final of both the League and FA Cup in ‘95.

The now-72-year-old returns to Selhurst Park to host Premium guests before Palace’s clash with AFC Bournemouth on Tuesday, December 3rd, and took time to reflect on a remarkable time at the heart of the club’s yo-yo years. 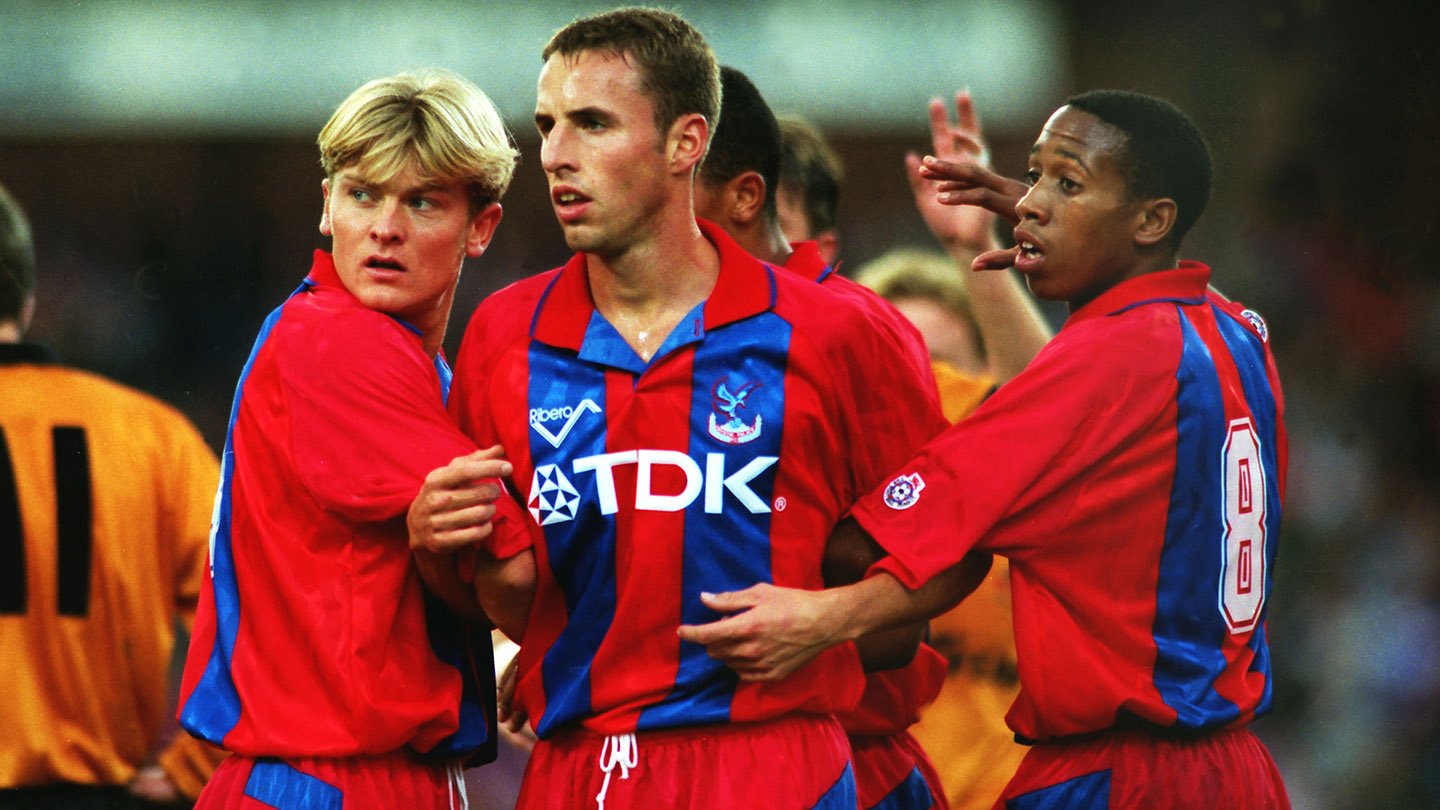 “It was such a young team, it didn’t have any fear,” he recalls. “It had loads of enthusiasm and loads of pace. Chris Armstrong up front, at that level, was really outstanding. Obviously Gareth Southgate [was] captaining the team, he was only 23-years-old.”

Youthful talent which had earned its place after rising through the development system peppered Palace’s squad, much like England today.

At the 2018 World Cup, this meant Trent Alexander-Arnold, Dele Alli, Ruben Loftus-Cheek and Marcus Rashford represented the Three Lions. For Palace, says Smith, it was: “People like Dean Gordon, Simon Osborne, Bobby Bowery and it was nicely tempered with Nigel Martyn in goal.

“That team was still young: Southgate was still 23, Chris Coleman, 23. [It had] got some mileage in it that team […] The whole bonding of what we had at Palace at that time was a little bit special.” 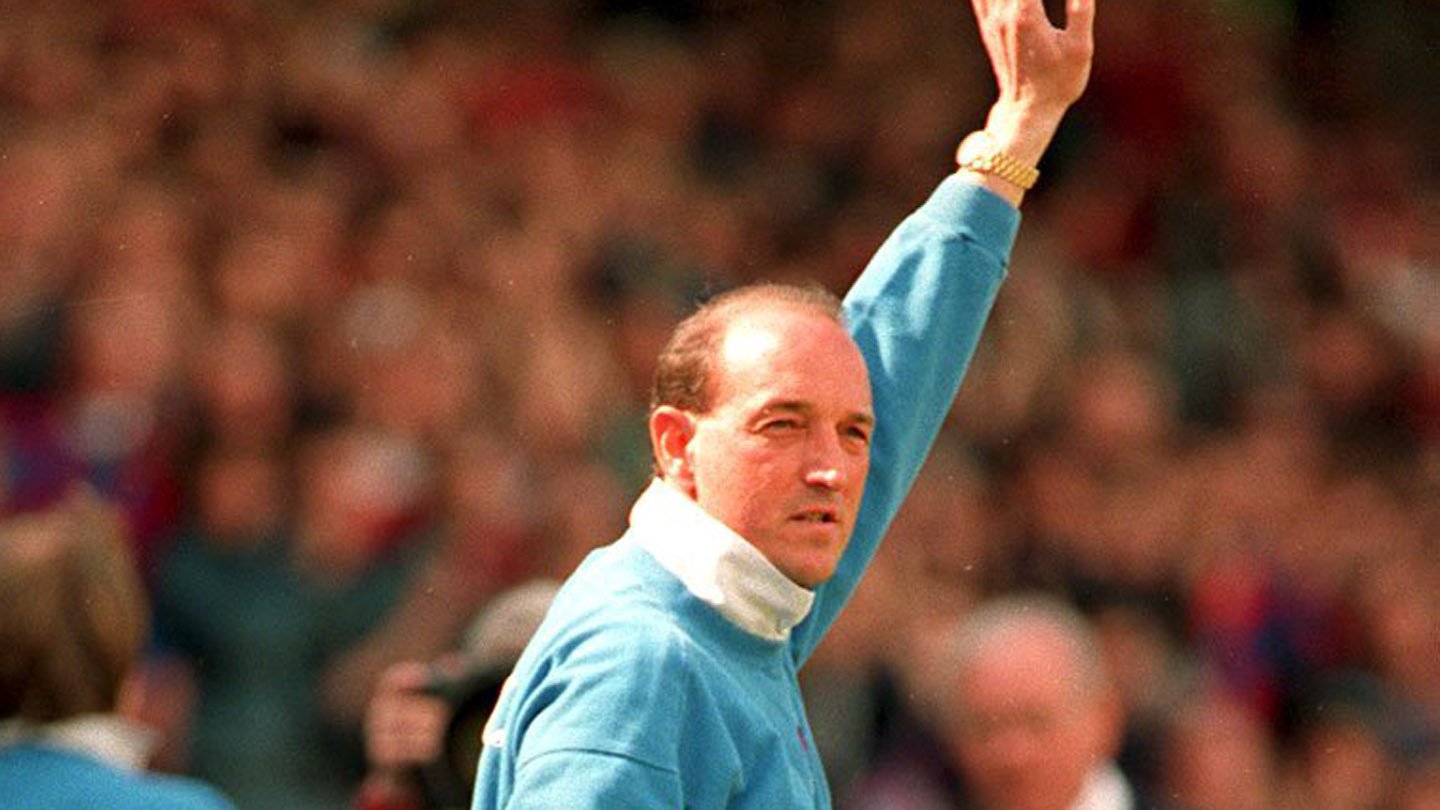 Smith is not the only man from that era to have found it ‘special’, however, and, speaking with the Palace programme in 2015, Southgate himself found praise for his time with the Eagles.

“I owe a lot to those people at the club who gave me the opportunity,” he said. “And of course Alan Smith was a great mentor and always has been in my career. Looking back I will always remember it as a very special period in my life.”

Smith elaborates: “Without doubt [the team could have gone further if it stayed up the next season]. It’s one of those things that could have been, might have been, but wasn’t.

“The season after was unbelievable insofar as [reaching] two cup semi-finals and playing in the Premier League but [relegation in ‘95] was a bitter pill to swallow.

“I think it still scars me today to think about it. Obviously, you can hear by the tone of my voice all these years later, it left a bitter scar. I’m not sure, if I’m really honest with myself, I ever really got over it.”