Just weeks past his 19th birthday, Ipswich Town prospect Darren Ambrose was scooped up by one of the greatest managers the world of football has ever known: Sir Bobby Robson.

Robson was in his last managerial stint as he led Newcastle United, and spotted something promising in the teenage Ambrose.

"When I first signed [for Newcastle], he knew everything about me. It was very strange. I was 17/18 at Ipswich and he knew every single game I'd played. He spoke about a game we lost 3-0 at Grimsby away and he knew about nearly every touch I had that game."

Six years after Robson's departure from Tyneside, Ambrose was preparing to save Crystal Palace from relegation and potential collapse under the stewardship of then-assistant manager, Dougie Freedman.

Preparing for the biggest game in the club's recent history, Freedman employed a unique tactic for his attacking players. And it worked.

Ambrose recalled: "I'd go out with Dougie on the field and we'd be a yard or two yards out from goal. He'd have five or six balls and he'd roll them all out and say: 'Hit the net.' At the time you're thinking: 'Really? How bad does he think I am?!'

"All it was was repetition: hit the net, get your connection right and if you can get your eye to see the ball and the net, it comes naturally. Before the Hillsborough game, that's all we kept doing... When it came at Hillsborough, it was a natural connection to hit." 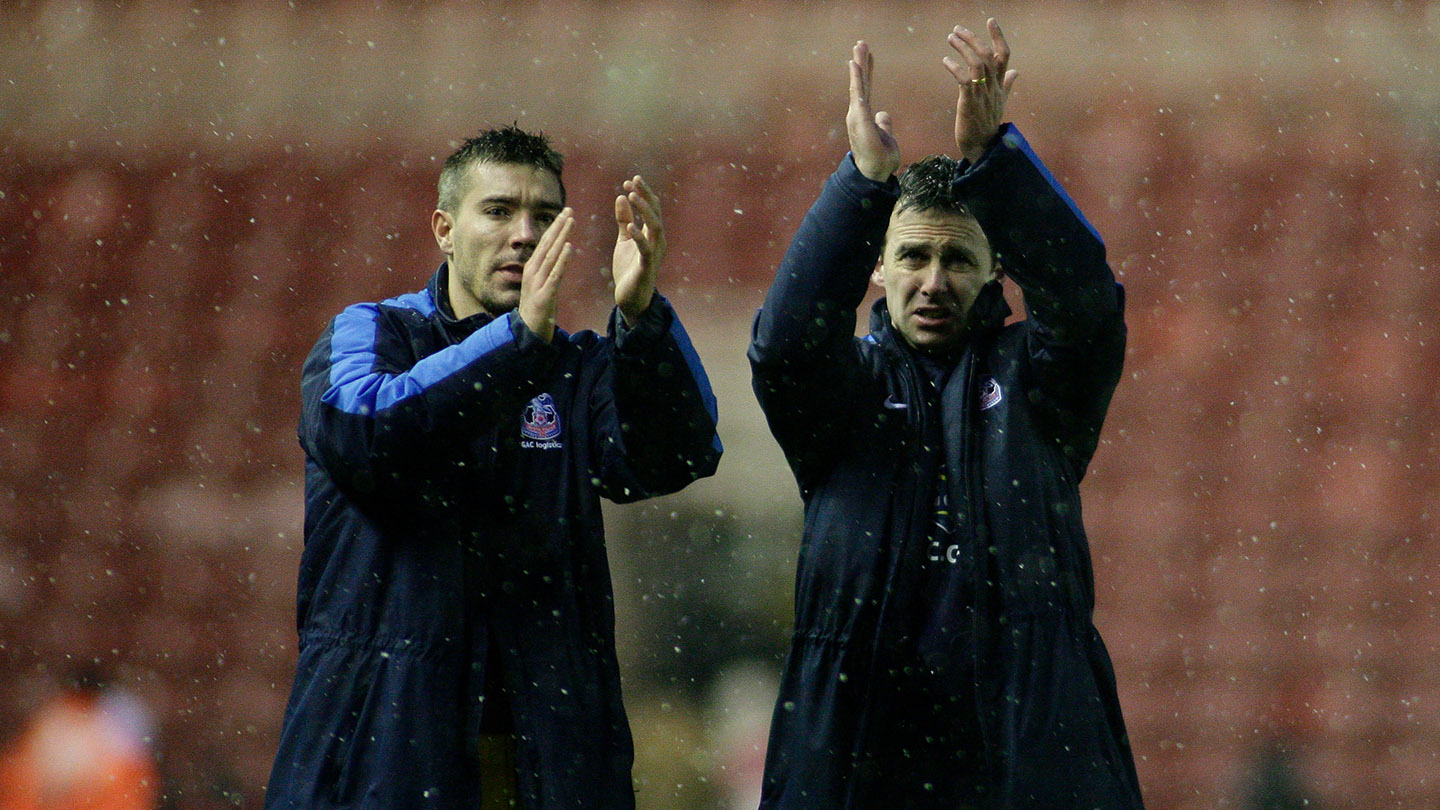 Of course, Ambrose's 63rd-minute strike that day in 2010 saved Palace from a crisis. And, tying the two segments of Ambrose's career together, Countdown to Kick-off host Chris Grierson revealed a surprising connection between Ambrose, Freedman and Robson:

"They [the shooting drills] came from Don Howe - when Dougie was in the QPR Academy after Howe got back from Italia '90 with Bobby Robson. He was using the same drills on Dougie as a player, which he then used on you [Ambrose]."

In the words of Robson himself, "Practice makes permanent." Clearly, the manager's words rang true for his former protege, Darren Ambrose.

To hear more from Ambrose as well as a rare on-screen appearance from Statman, watch Countdown to Kick-off here! If you're reading in the Palace app, just click 'Palace TV'.