He is currently filming '28Up' - a documentary following the lives of people who were seven-years-old at the turn of the millennium. Here, he talks Palace fandom with Richard Foster.

The nature of Farino’s work means he's spent many years living in the United States, but he has been a Crystal Palace Season Ticket holder since the late 1990s and is one of those fans whose glass is very much half full.

“I’m certainly not one of the moaners,” Farino says. “Supporting Palace is always going to be a ride, so just enjoy it. It’s great being a Palace fan at the moment.”

Looking ahead to the weekend, Brighton matches are always the most important of the season. “It’s the first one I look out for when the fixtures are released,” he says. “For me, the rivalry with Brighton has always been there. I have memories of going to the Goldstone Ground in the away end and being showered with hot tea and the odd brick.

@GaryLineker Palace first up on MotD? Pinching myself in between glasses of white wine. Cheers!

"There was always a lively atmosphere and there was a massive build-up to each game. It still makes or breaks the season for me.

“There have been so many memorable games I have been to, including the 5-0 with the AJ hat-trick [October 2002] and the 3-2 a few seasons ago but ironically the one I remember with the most fondness, I was unable to be there. It was May 2013 and we weren’t expecting much, having lost 3-0 a few months before and they had been unbeaten at home that year.”

Farino was living in Los Angeles at the time and on the day of the second 2013 play-off semi-final he was shooting a commercial in Santa Monica, some 5,500 miles from the action at the Amex stadium. 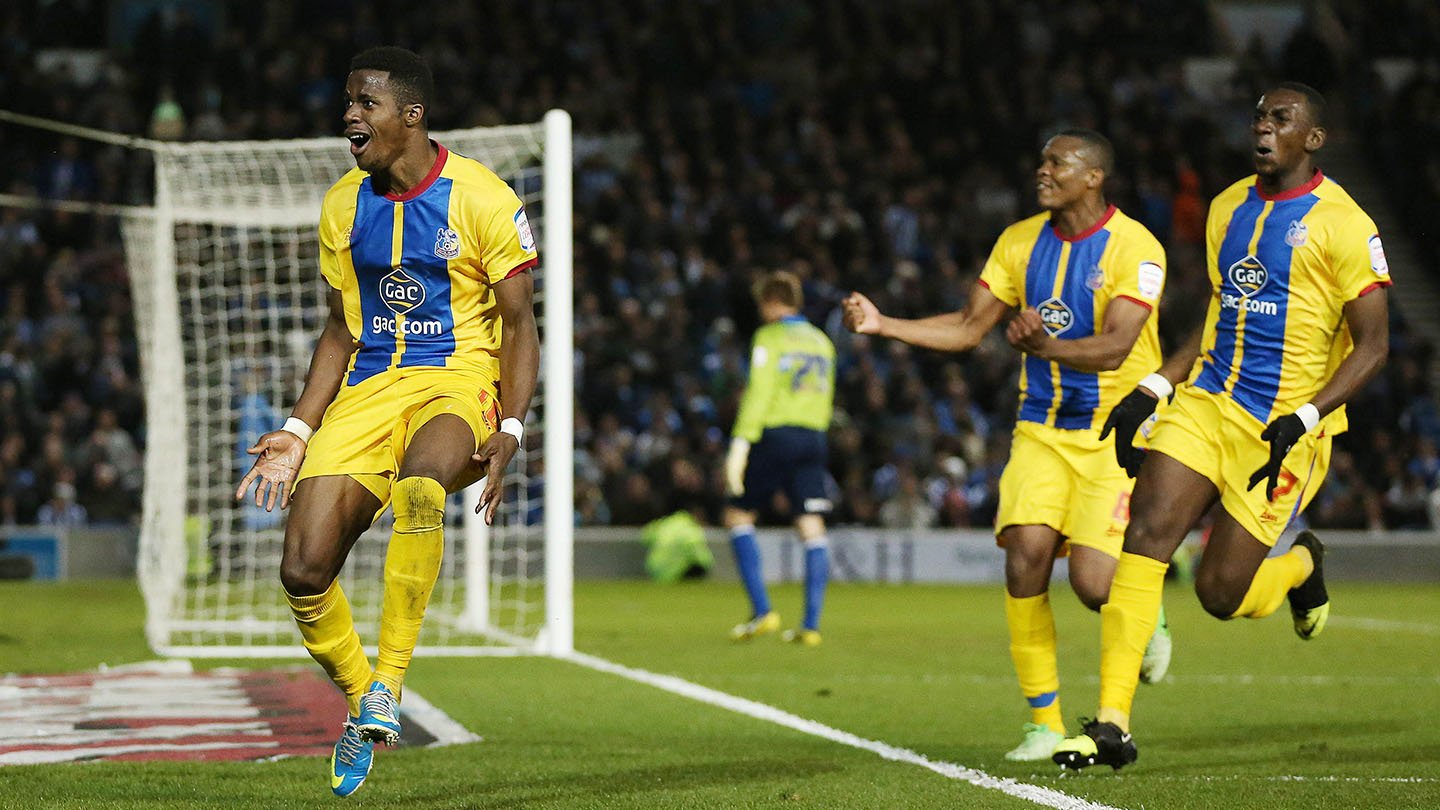 He begins to recall the day, exclaiming: “I haven’t shot many commercials and this one featured Sharon Osbourne, who was absolutely lovely by the way, and [acting as] an animatronic bunny!”

As the game kicked off Farino found himself in a studio with a television in a nearby room, but initially couldn't find any coverage. “At half-time, I finally found a channel showing it and kept making excuses to leave the studio to watch the game.

"When Wilf [Zaha] scored the second, I lost it completely and went running around reception punching the air and screaming ‘Eagles’ at the top of my voice!” He made such a commotion that his puzzled colleagues came out to check what was going on.

“What made it for me was the fans. I knew my brother was there - he never misses a game - and he would have been right in the middle of those delirious scenes as Wilf celebrated in front of the Palace end. That explosion of sheer joy will always be my favourite memory and every time those goals are shown on social media, I watch them to relive the moment.”

Victory gave Farino a dilemma as he didn't want to miss the final against Watford and go through another experience of watching from afar. So instead, he embarked on a 48-hour round trip from the West Coast of the US to Wembley. “When Kevin Phillips scored that penalty, I toppled off my seat, pulling a couple of others with me on to the ground.”

A novel jetlag solution, but for Farino it was all worth it.

READ NEXT: Leon Cort reveals how he and Loftus-Cheek learned they were brothers after 15 years