For the uninitiated, Wet Republic is a 54,000 square foot pool party venue in the sun-splashed shadow of the MGM Grand Hotel and Casino.

And, roughly this time six years ago, Tony Pulis appeared to stride through its throng of partygoers, stag dos and hen parties dressed in a full Palace tracksuit.

But more on that later.

“Growing up in Airdrie was where I probably learned most of my football,” the former Eagle says from his Midlands home. “Growing up in flats in a housing scheme, there was nothing more to do as kids; we were just outside playing football everyday… That’s where I started off with my footballing career, training myself outside by playing with my mates. 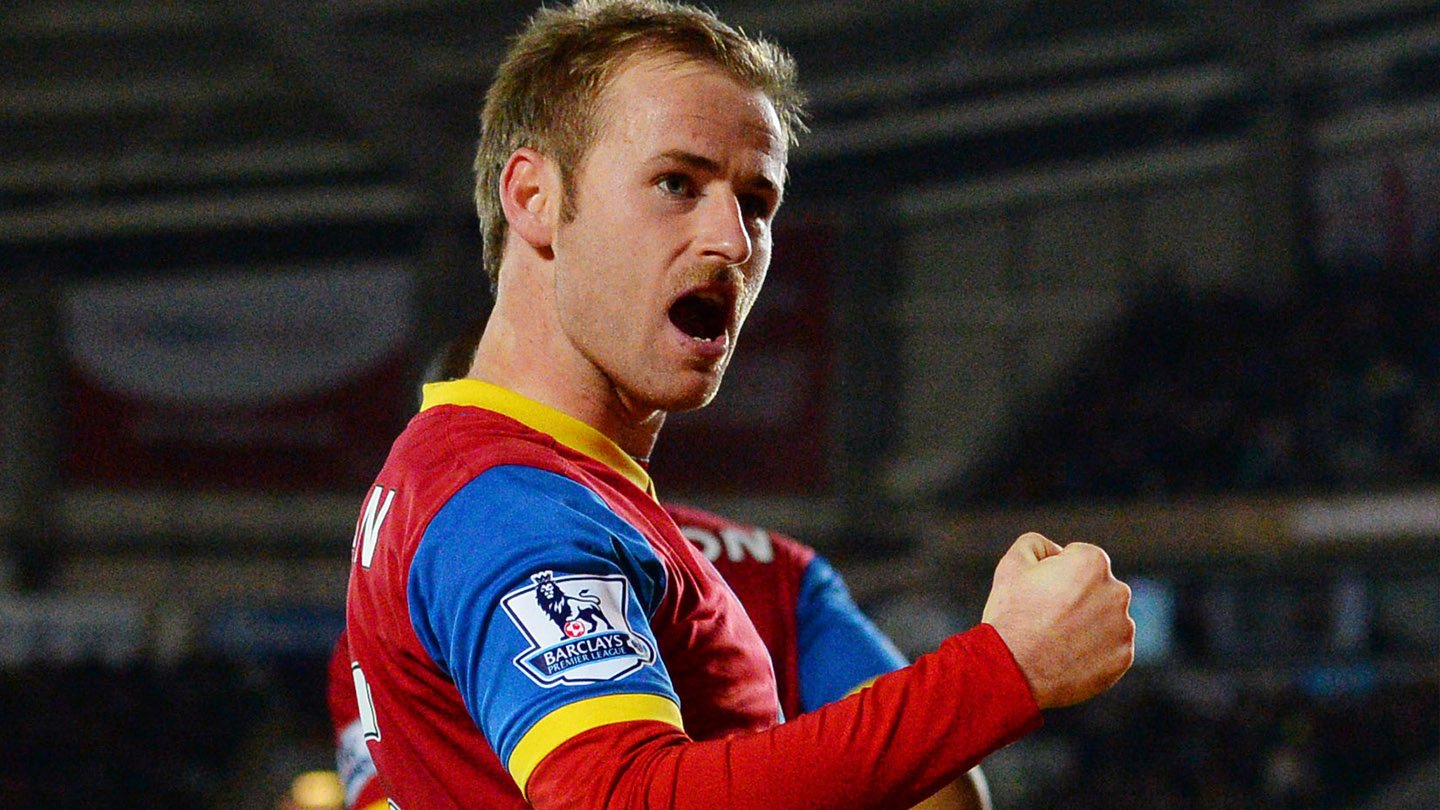 But he had a talent, and it needed protecting from external pressures.

“I moved to England when I was 13 but it wasn’t my choice really,” Bannan continues. “I didn’t want to leave. My dad knew what the risks were [in Airdrie] and what the rewards would be if I moved down here and it’s the best thing he’s ever done.

“There was a good chance you could fall by the wayside and I think my dad saw that early in my career and knew that I probably had a chance, given the right guidance. I’ve got to thank him for that really, getting me out of there and to a place where I would prosper.

“Aston Villa came calling, and my dad saw it as the perfect opportunity. It just happened to be that we had family in Birmingham, so we’d come down there every summer… We knew the area and took the chance. It was the best decision I’ve ever made in my career.” 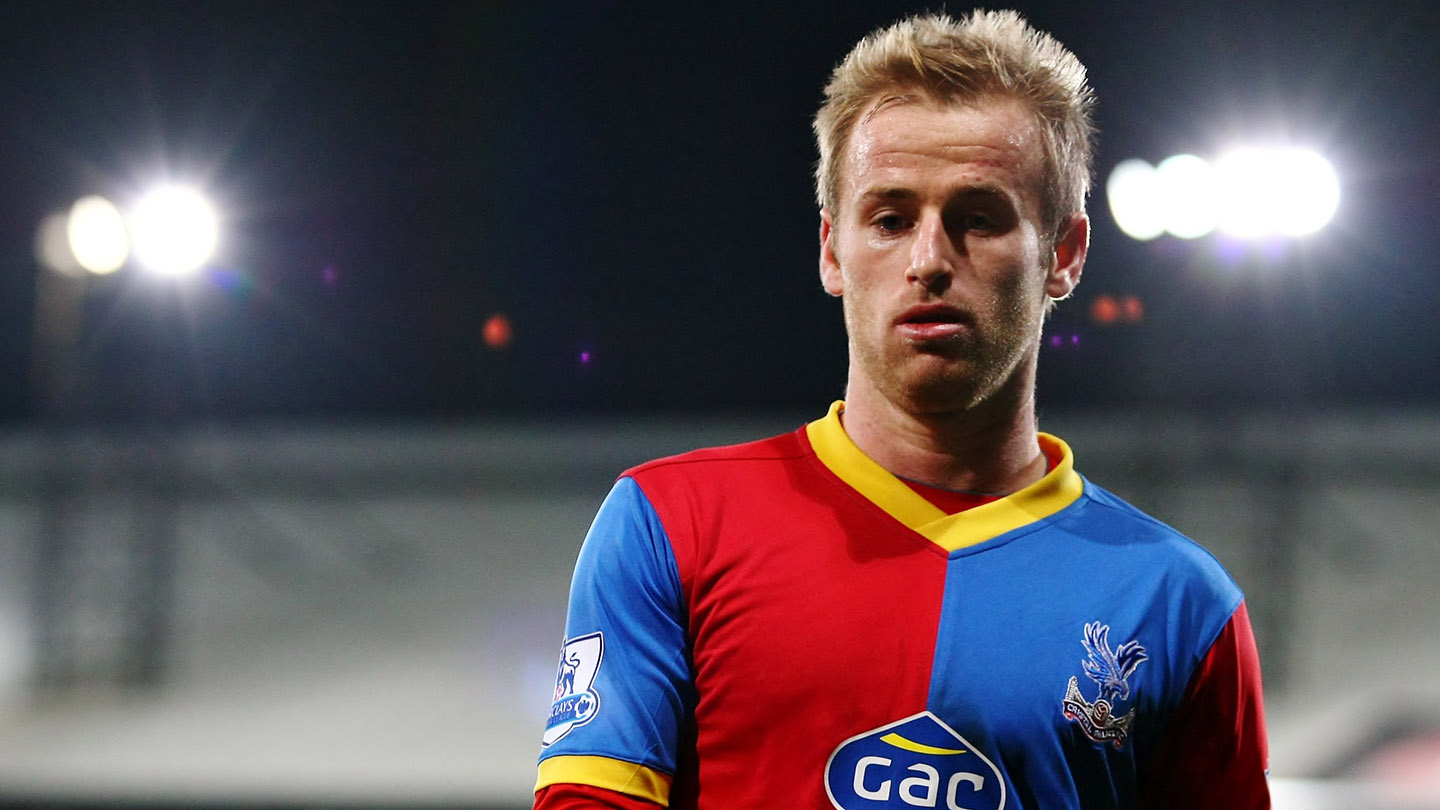 Bannan’s natural talent and self-confidence allowed him to flourish south of Hadrian’s Wall, where he rose through Villa’s ranks with an “‘I want to be the best; I am the best’” mindset. His street football trickery earned him a first-team debut in the Europa League just two weeks after his 19th birthday.

“We [Aston Villa] played Manchester United on the Saturday at Villa Park and drew 2-2. There were Scotland international fixtures just days after that game and I got Man of the Match. I came off the pitch that night, Saturday night, and got the phone call saying: ‘You’re in the Scotland squad for the friendly against the Faroe Islands.’”

After one particular outing for Scotland less than three years later, Bannan received another life-changing call when a Bristolian accent rang out from 450 miles away.

“I’d been told I wouldn’t be involved [with Villa] and I’d be training with the Under-23s,” he says. “So I was looking for a move and as much as I loved my time at Aston Villa, I loved my football and I didn’t want to be missing games. I couldn’t sit around not playing the game I love.

“So my old manager at Blackpool, Ian Holloway, contacted my agent. I was over the moon. Palace had just been promoted to the Premier League, so I was staying in the Premier League, where everybody wants to play. As soon as I heard ‘Crystal Palace’, I said to my agent: ‘Get it done and we’ll get down there.’

“I was actually with Scotland, I had to travel straight from the team hotel to sign for Palace.”

The then-23-year-old arrived in south London alongside a host of fellow new signings. Holloway had just secured Palace’s return to the top flight, and was trying to stamp his style on the team. For former Blackpool loanee Bannan, the situation couldn’t have been better.

“The characters were all down to earth and that’s where they found their success. If you look now, there’s a group of boys that are still there and are holding that club and pushing that club to where they are. 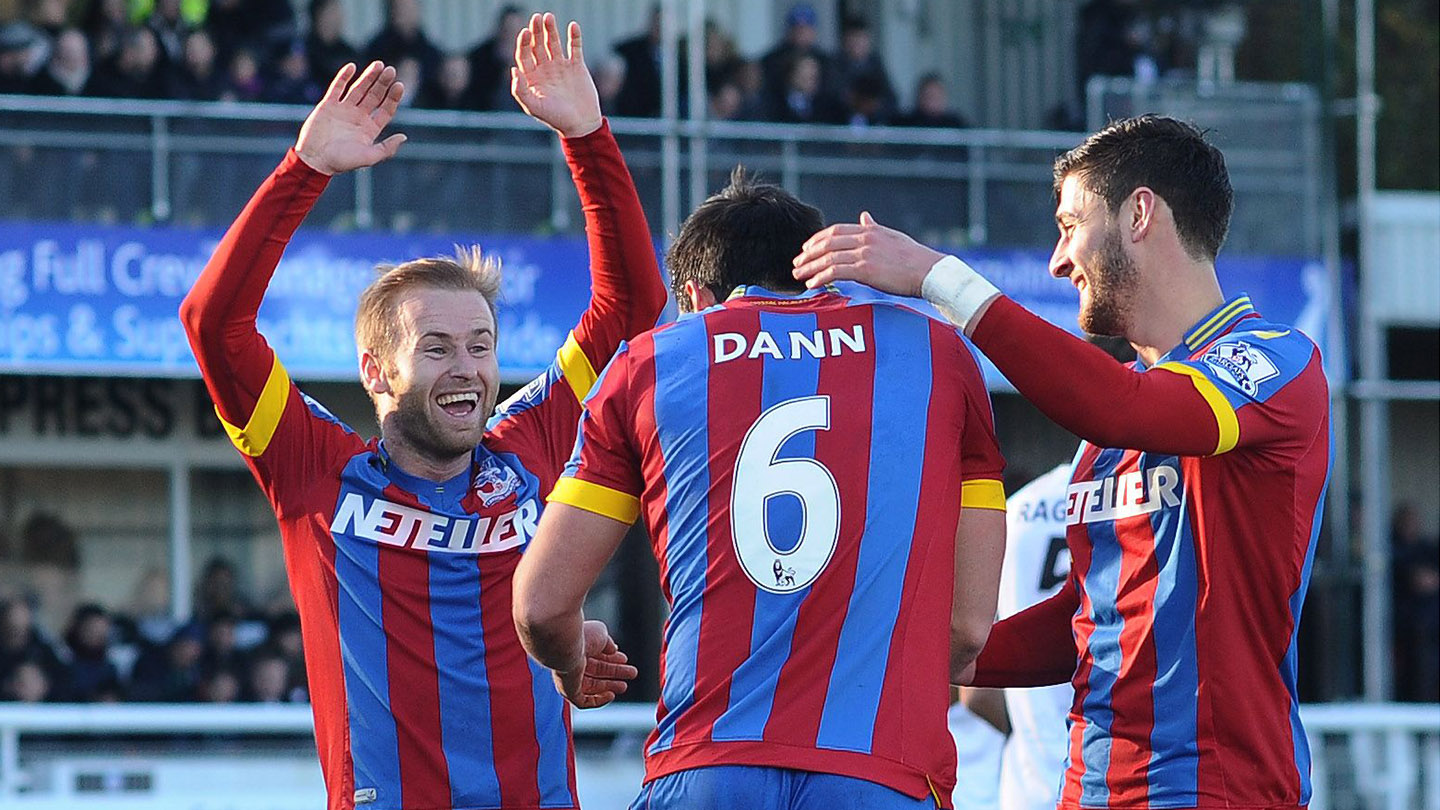 “Ian was unbelievable for me confidence-wise. He was a great motivator, he used to big me up in one-to-one chats. He’d tell you: ‘You’re the best player in the world, just go out and show it.’ Even though you knew it was a bit far-fetched, hearing it from the manager just filled you with confidence. He was brilliant for me and played a big part in my career.”

But, less than two months after signing, Bannan was dealt a “kick in the teeth”: Holloway’s departure.

“When a manager signs you and you’ve worked with him before, it looks as if it’s going the right way,” Bannan says. “When he leaves, you’ve got to fight again.”

As a child, Bannan battled four different operations in seven years. As a young teenager, he battled with the slippery slope of his surrounding area and, as a professional, “was always fighting day in, day out in training to prove people wrong.”

He secured the Eagles’ first away point of the 2013/14 season by netting against Hull City as new manager, Pulis, watched from the stands. But still, it wasn’t enough. Palace were facing relegation; they needed something else.

“Tony Pulis came in and had a different style to Holloway, which didn’t really suit the way my game is played… But to be fair to the gaffer, Pulis was spot on with me from day one. He told me how it was.

“He said: ‘Listen, we’re fighting for our lives here. If we were a team that had all the ball and possession, you’d be playing 100%. But at the moment I’m trying to keep this team in the league. We’ve got to go with people who are more suited to keeping Palace in the league.’

“I didn’t mind that, as long as you get told rather than being in a position where you don’t know and the manager’s filling your head with stuff that’s not true. He was quite good with me in that way. He told me I’d get game time here and there but he needed to go with people that suited his style.”

Of course, harsh as its realities may have been, Pulis’ style worked and Crystal Palace soared to safety in 11th place.

Naturally, when summer came, the team was ready to celebrate.

“We’d stayed in the league and a few of the boys went to Vegas,” Bannan recalls, tying everything together.

“Alby [Aaron Wilbraham], being the joker of the group, took the gaffer’s kit, trainers, the lot, and turned up at a pool party one day. He disappeared and then turned up [dressed as Pulis] and it was the gaffer walking through a Wet Republic pool party! 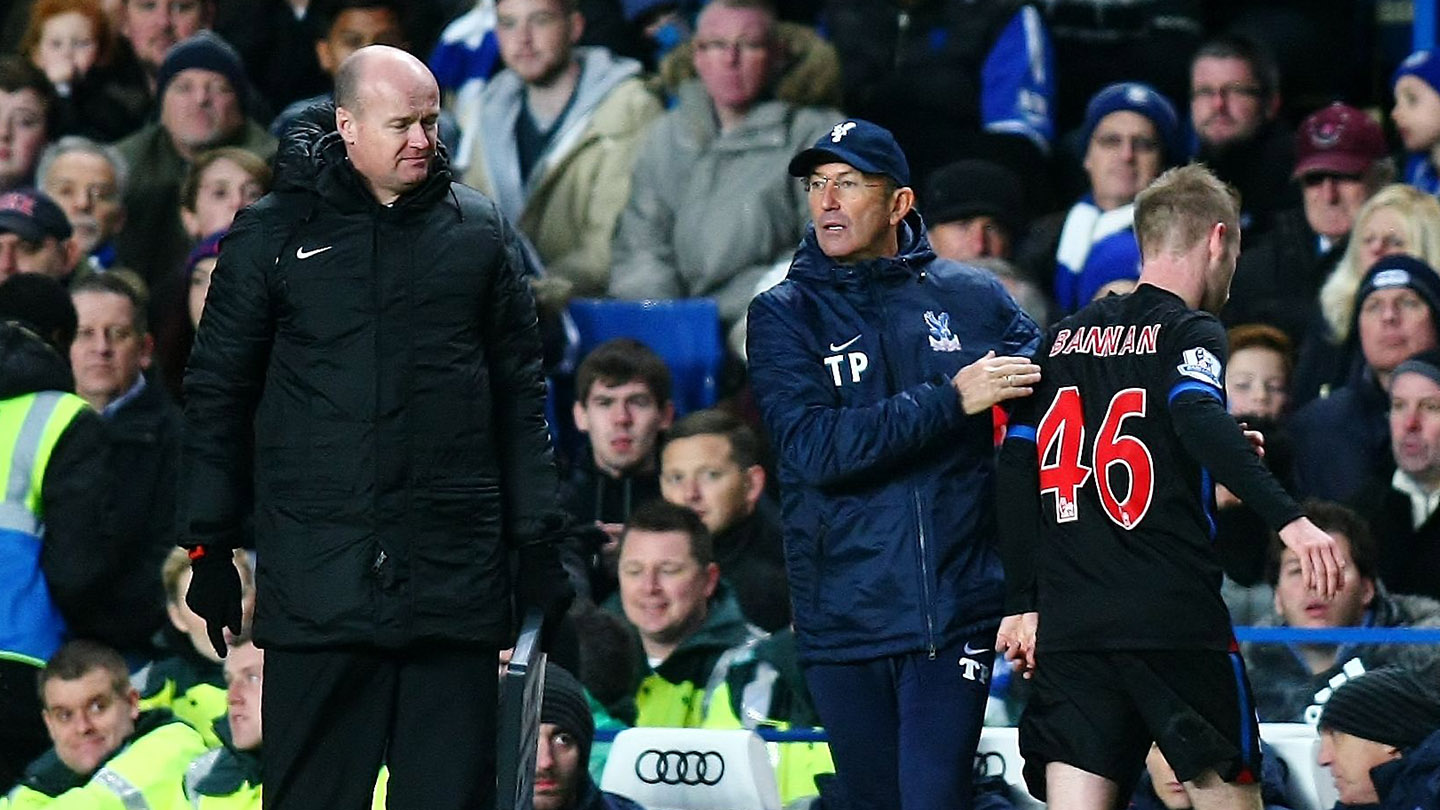 “He had the initials ‘TP’, the hat, the full lot and this mask [of Pulis’ face]. Later on in the week, there were just mad Americans walking around with Tony Pulis masks on.

“You can imagine, I’ve just seen a Tony Pulis lookalike flying through. I had to properly look close to believe it wasn’t him. At first I was thinking: ‘Nah, that can’t be. Surely. Not in the full Crystal Palace gear.’

“As he was getting closer, I was getting further away because I was trying to keep a good distance and mingle between people. When he [Wilbraham] whipped the mask off, the relief was unbelievable.

“He was up to all sorts every day, Alby; he was brilliant. He took charge of everything in the changing room. Christmas parties, Alby was on it. The only thing is he’s basically a journalist.

“If you’re on a night out he’s constantly got his phone out and filming. You don’t really want to wake up and look at Alby’s Snapchat.”

READ NEXT: How drinking with Delaney and Matt Lawrence inspired The Inbetweeners’ creator

We recently caught up with Aaron Wilbraham for an engaging conversation about his time at the club. Find out what he had to say in our exclusive digital magazine, 90+7.