Speaking with cpfc.co.uk for a three-part series on Wilfried Zaha’s career, Yannick Bolasie fills half an hour with vivacious praise and stories regarding his former teammate without breaking sweat. He reveals that, on top of the gametime he lacked at Bristol City, a key motivation in signing for th

Speaking with cpfc.co.uk for a three-part series on Wilfried Zaha’s career, Yannick Bolasie fills half an hour with vivacious praise and stories regarding his former teammate without breaking sweat.

He reveals that, on top of the gametime he lacked at Bristol City, a key motivation in signing for the south Londoners was Zaha himself, and the chance to form a partnership which would go on to secure Premier League promotion and the consolidation of top flight football across two seasons.

It didn’t take much for Bolasie to sign - “it was never about what I was getting money-wise,” the winger says - and once he did, the vision presented to him by Dougie Freedman came into almost immediate clarity:

“It was crazy because when I was with Wilf, we clicked straight away,” he says. “He was about four years younger than me, but we naturally clicked. From then on I’ve been very, very, very good friends with him; he’s probably one of my best friends in football.

“Everyone knew he had the ability and for me seeing it first-hand was like a little kick up the back for myself, to say: ‘Hey, listen, Wilf is doing his thing. You’ve got to step up as well.’ 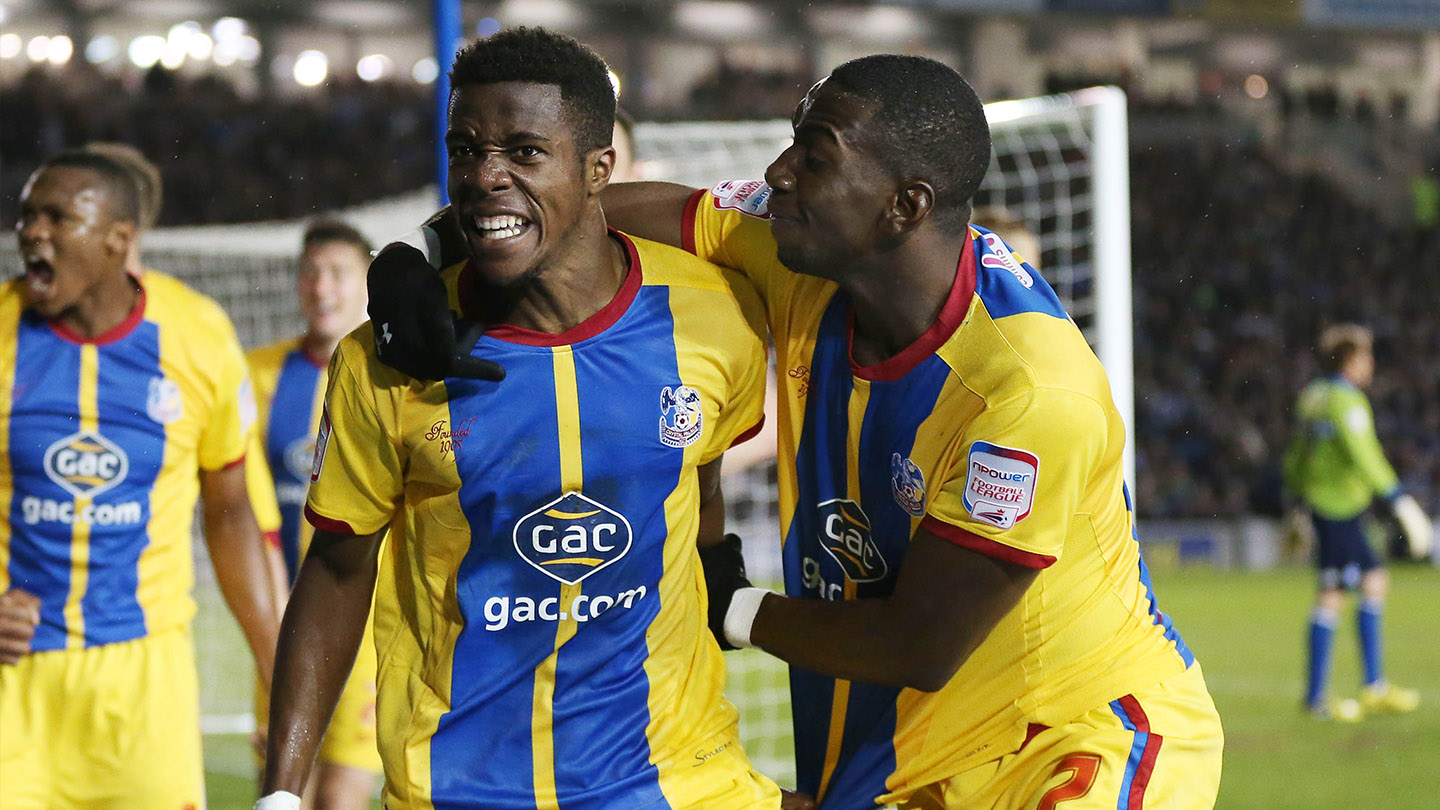 “That first season, seeing him play live on the other side of the pitch was crazy because when he goes down the wing, I’d be watching saying: ‘Oh. Look what he’s doing!’ Almost saying: ‘When I get the ball, it’s going to be my turn,’ so, without knowing it, there was competition between us two.”

Still a teenager when Bolasie joined Palace, Zaha was being moulded into the player and man he is today and, for a pair of tricky, frustrating wingers, that could mean brutal preparation for the weekend ahead.

“Damo [Damien Delaney] used to go around kicking him in training, on purpose, just because we knew on a matchday, that’s what people would do,” Bolasie reveals. “He used to react a lot in training but then you could see him growing, getting kicked and getting back up. All credit to him for taking those little things on board.

“He would have got kicked by different senior players, 100%. It was the same for me at that time, I’d get kicked as well. But, naturally, I was a bit older than Wilf - I’d played in League One, League Two, the Conference, so it didn’t bother me as much.

"But with Wilf, he’d started in the Championship, he was there, came from the youth-team where he wasn’t getting that kind of treatment.

“He was going past people and they were just taking him down to say: ‘You’re not getting past.’ Not even trying to get the ball. But then it did help him as a player and it made him the player he is today.”

Bolasie and Zaha fast developed both their on- and off-pitch bond, and the pair of wingers interchanging and dazzling defenders on either side of the pitch became a common sight in SE25 for several memorable seasons. 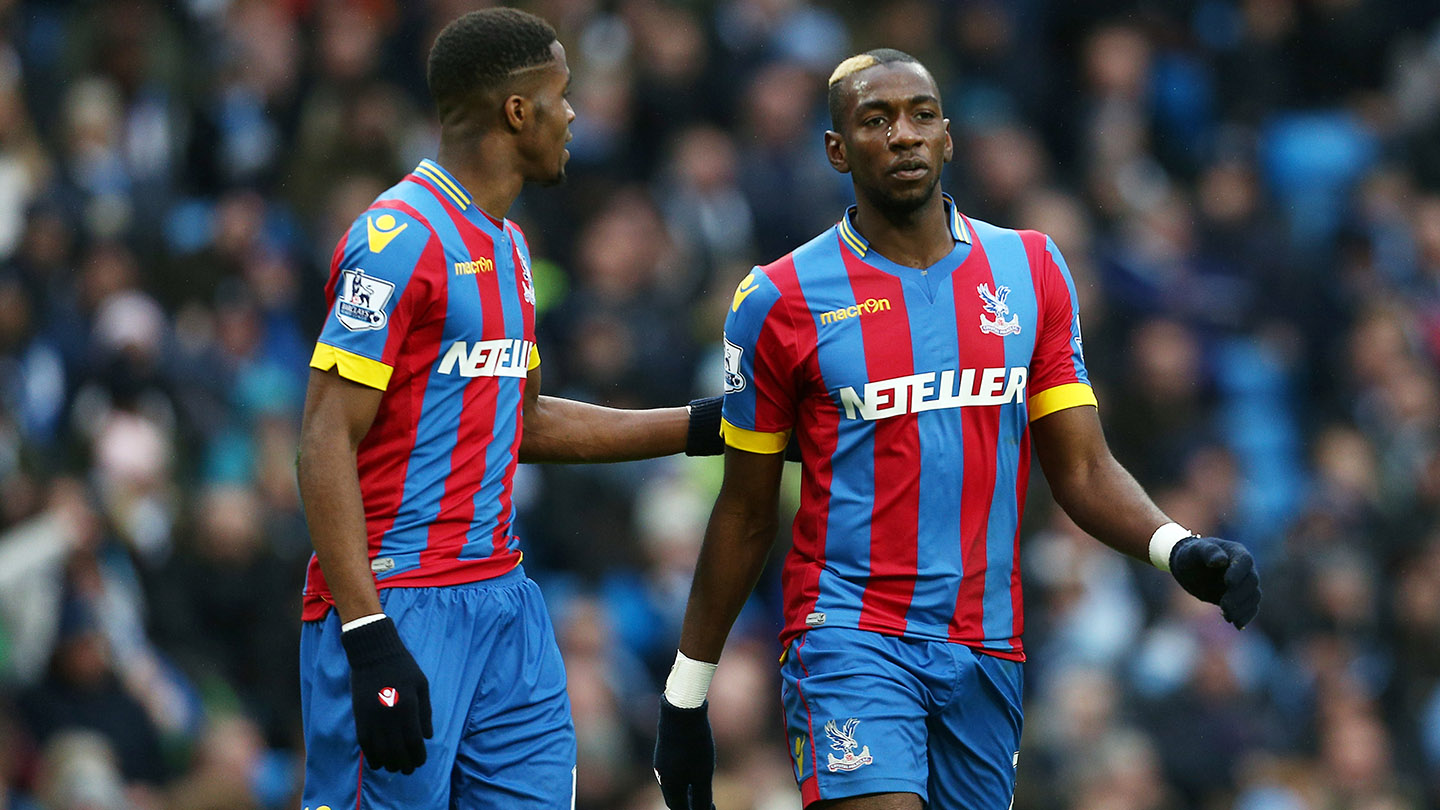 Bolasie explains that the two had an inherent understanding of one another’s game, and that their tactical diversity was established early on:

“I’ve had that with Rom [Romelu Lukaku, the former Everton forward], but it’s different - he’s a striker. Wilf’s chopping and changing, I’m chopping and changing. It just made the whole front three dynamic. If I felt like I’m not getting a touch on the other side, I’d come closer to Wilf and he’d give it back and I’d feel like I’m in the game again. And vice versa.

“If I wasn’t getting the better of my man, Wilf was a bit different. As much as we link-up well, we’re two different wingers. He’d come on to my side and his style could be more beneficial to beat that player and I’d go on his side and my style, the way I play, would be more beneficial to beat that player. We’d find that out in the first two or three minutes of the game.”

Bolasie goes on to explain that when he arrived at Palace, he would follow the example set by the likes of Delaney, Mile Jedinak and Peter Ramage, and, after time, he noticed Zaha doing likewise - particularly in the gym.

Today, Bolasie reflects on his friend and former teammate with pride, saying: “I think I would have taught him some things, to be honest, some little things he would have taken from my book.

“When I said Wilf has a Neymar kind of ability, people were like: ‘Nah, nah, nah,’ but then they started looking and saying: ‘Actually, he does.’

“Every season for me, he’s come out and proved he’s got better. Just in different types of ways. He’s setting up teammates, setting up people to score, he’s releasing passes quicker than I’ve seen him release passes before. I’m seeing an improvement in his whole game, he’s not just this dribbler that everyone thinks he is; he can see a pass and a through-ball.”

But for Bolasie, the bond with Zaha runs deeper than their scintillating on-pitch connection.

“But then for things to actually take place, that’s a different type of feeling. I’m very happy for him and what he’s doing and when I watch Palace and see him play and I feel: ‘Hmm, you could have done this there,’ I do tell him. Because I do feel like I’ve got that relationship with him.

“Not to try and coach him but to tell him: ‘Maybe you could have let that shot go a little bit earlier, you didn’t need to do that.’ Or whatever. I do feel like I’ve got that relationship with him and I can tell him that kind of thing.

“It was great playing with Wilf and also credit to Palace for bringing him through and having the confidence in him after that move to bring him back home and you can see what he’s doing now - it’s unbelievable stuff.”