Mark Bright issued a positive prediction for Crystal Palace fans on the club's new pre-match shown, Countdown to Kick-off, explaining that he feels the Eagles can continue to push up the league this season and set a new Premier League high. Talking alongside Match of the Day commentator Mark Scott a

Mark Bright issued a positive prediction for Crystal Palace fans on the club's new pre-match shown, Countdown to Kick-off, explaining that he feels the Eagles can continue to push up the league this season and set a new Premier League high.

Talking alongside Match of the Day commentator Mark Scott and the Evening Standard's David Lynch, Bright said: "I think we can catch Sheffield United [two points ahead in eighth place].

"You know what we're capable of. We can beat anybody - we really can - we can beat anybody on our day. We can be stubborn, we can be difficult to break down, we've got 10 clean sheets. It really is about the players' motivation to set a standard and finish the highest we've ever finished in the Premier League.

"That performance against Bournemouth was very telling, how controlled we were and how comfortable we looked. We didn't look in any danger. [Vicente] Guaita didn't have a real save to make.

"If we're focused, get the players up to speed in the next game or so, who knows? It could turn into a real groundbreaking season for us to set the bar... It's really exciting times for Palace fans." 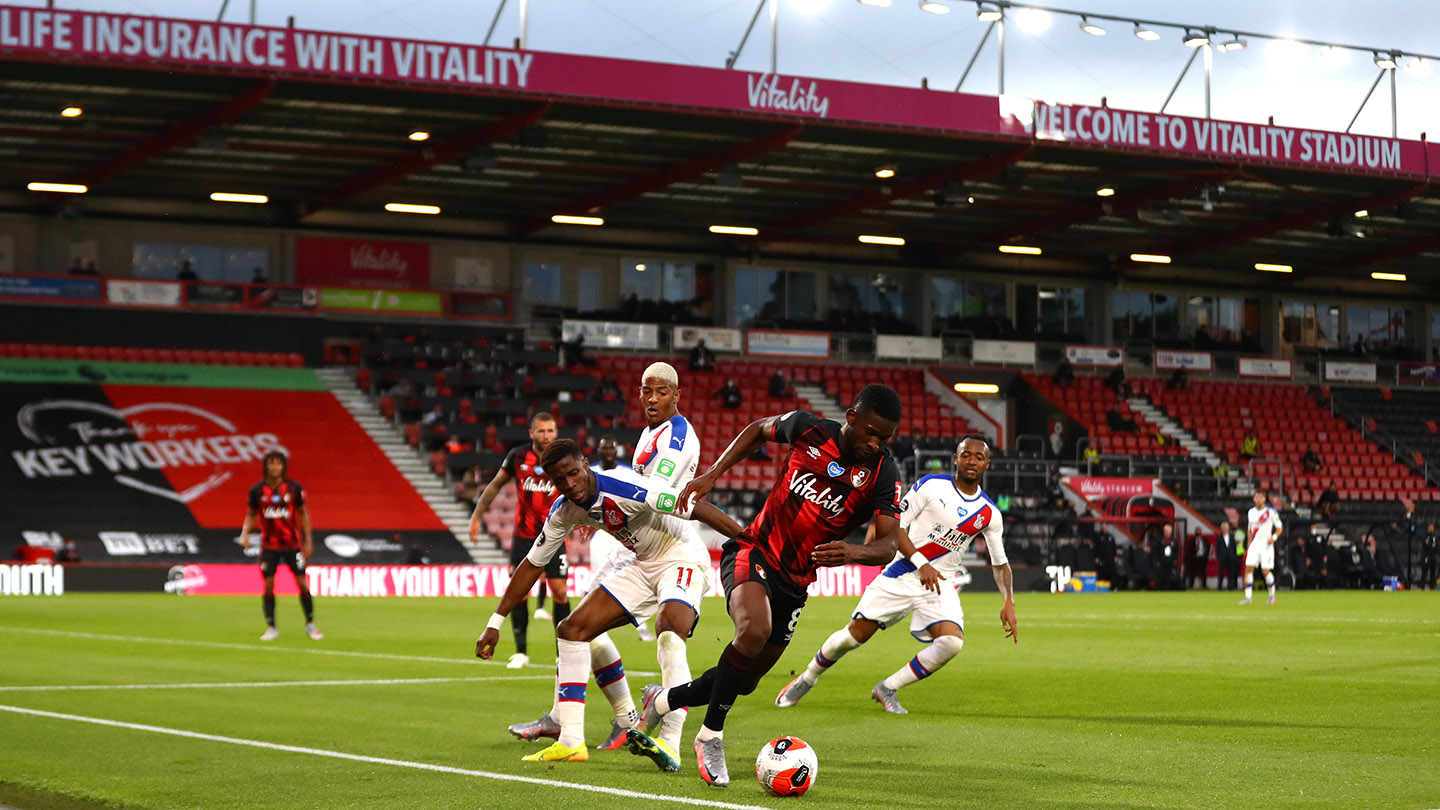 Lynch, the Evening Standard's Liverpool Correspondent, provided fans with an insight into the Reds' recent form, explaining that both the suspension and Jurgen Klopp's approach makes today's match hard to predict.

"They [Liverpool] weren't in very good form before the break, to be honest," he said. "Going out the FA Cup, going out the Champions League, suffering that defeat from Watford and having that little wobble. Then obviously they've come back and against Everton [0-0] - not a great performance.

"Would you say that the Everton game was a continuation of Liverpool's form going into the break?... It's hard to say. It's hard to say what team even Jurgen Klopp will name, because he made a couple of changes to the team you'd expect: bringing in [Naby] Keita and [Takumi] Minamino."

Mark Scott, however, felt the clash has come at a positive time for the Eagles. The Match of the Day commentator said:

"I think it's the perfect game for Palace, to be honest with you. Because although it doesn't directly affect Palace, the fact Liverpool now cannot win the league by winning the game at Anfield, psychologically turns it even more into a less pressurised game."

For more from Bright, Scott and Lynch - including fascinating insight into the press box behind closed doors - take in the pre-match show on Palace TV by clicking here! If you're reading in the app, just click 'Palace TV'!