There have been several memorable games against Burnley at Selhurst Park, including the 1979 promotion clash and 1983 relegation decider. Here, comedian, broadcaster and writer Mark Steel recalls a comfortable victory on the last day of the regular 2007/08 season.

“This game stood out, as so many do, primarily because of the sub-text,” Steel says. “I was in a fairly chirpy place at the time and went with my son Elliot, who would have been 11 years-old.”

Steel had been taking Elliot to Selhurst for several years and enjoyed the special paternal bond that develops at football, despite handling some tricky questions early on. “He had finally got over the stage of asking when Thierry Henry was coming on,” Steel explains.

Neil Warnock had been in charge since October, replacing Peter Taylor as the Eagles sat in 19th. “Not everyone likes Warnock but he did a great job in galvanising that team by introducing a few youngsters,” Steel says.

By the last game of the regular season the play-offs were in sight, with a win against Burnley guaranteeing a place in the top six. “We had been to the play-offs a few times,” Steel recalls. “And mostly we had been successful, although I reckon that each one takes a year off your life because of the tension of the occasion. But we were just happy to be in with a chance.

“The great thing about sport is you sit through a lot of mundanity and then you get games like this one. Such matches are a reward for all those awful games in front of 10,000 on a Tuesday night when you can’t remember a single thing about it even the following morning.” 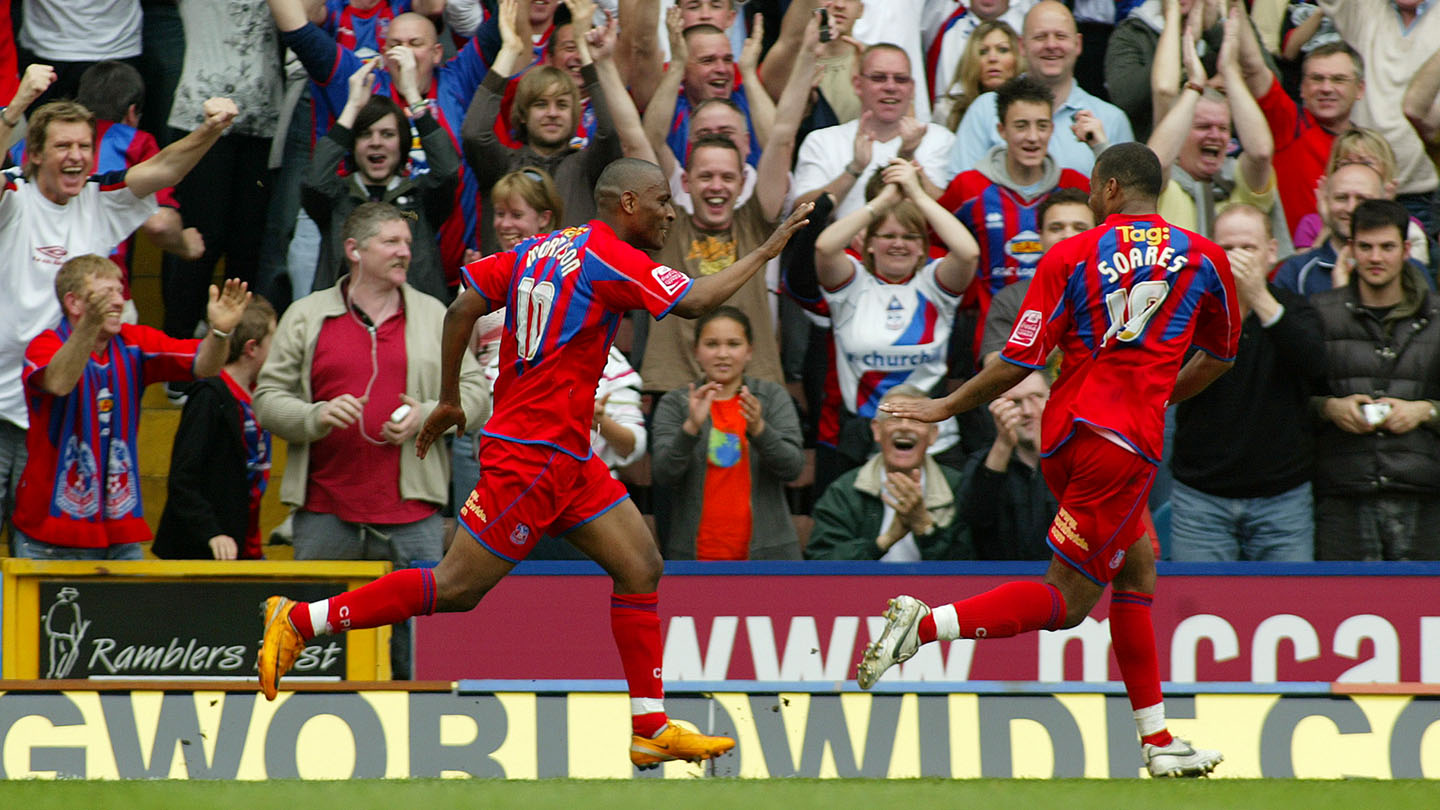 Palace started the afternoon with a flourish and after Clarke Carlisle was sent off early on for hauling down Scott Sinclair, Ben Watson secured the Eagles’ lead from the spot. Soon afterwards Victor Moses scored to make it 2-0 in the opening 10 minutes.

Despite this blistering start there were still some lingering doubts. “How many Palace fans believed that we would still win? Maybe 3% of us,” Steel laughs. “Then we actually started playing really well.”

A buoyant atmosphere was helped by the fact a teenage Moses was in the thick of the action. Having progressed from the Academy as a 12-year-old, Moses was already showing the type of form that would bring him a Premier League winner’s medal and the opportunity to play at two World Cups for Nigeria.

“There’s no better feeling for a fan than seeing a player rising up through the ranks and finally making it,” Steel says. “He was still one of our own.

“The outstanding goal that day was the fourth when Sinclair picked the ball up near the halfway line, beat a few defenders and then there was this glorious sense of anticipation as he was homing in on goal. Nine times out of 10 the ball would be blasted way over the bar, but on this occasion, he just buried it gloriously.

“Clinton Morrison rounded off the scoring and it was amazing to think that he was playing alongside Moses as they seemed to come from completely different eras. Nowadays there’s Clinton, the older statesman as a TV pundit, while Victor is still playing [currently at Spartak Moscow].”

Coasting to victory, Steel recalls the eternal pessimism of Palace fans and how they wouldn’t take anything for granted.

“Five minutes from the end there was an announcement over the tannoy - we were 5-0 up against 10 men with a few minutes left - about tickets for the play-off semi-finals being on sale for an hour after the game. Everyone around me was hushing the announcer in the belief it was far too early to be thinking about that!”