Coppell spoke in a loose group, making small talk with Noades, Bassett and the rest for less than 10 minutes. Perhaps unsurprisingly, the conversation wasn’t enough to last in the memory 35 years on. Coppell does “not have a clue what [they] talked about.”

Days later, Bassett rejected Noades’ Palace and left the club managerless. Coppell had returned home to Manchester and, upon hearing the news, turned to his wife and said: ‘Ron Noades will give me a call, I know he will.’

Coppell was 28-years-old and just eight months into retirement. He’d spent the last three months living in Amsterdam, “to get away from it all,” where he apparently decided to pursue a career in management.

He had no managerial experience, but, “Lo and behold… got the call.”

‘Do you want to come down and have a look at what we’re doing?’ Ron Noades asked. ‘Obviously Dave has left and I’m looking for somebody to come in and take over.’

Coppell’s playing career ended under the ACL-destroying tackle of Hungary’s József Tóth three years earlier. He continued to play for both Manchester United and England, but after just 10 years in the professional game, his body could no longer sustain a top-flight career. 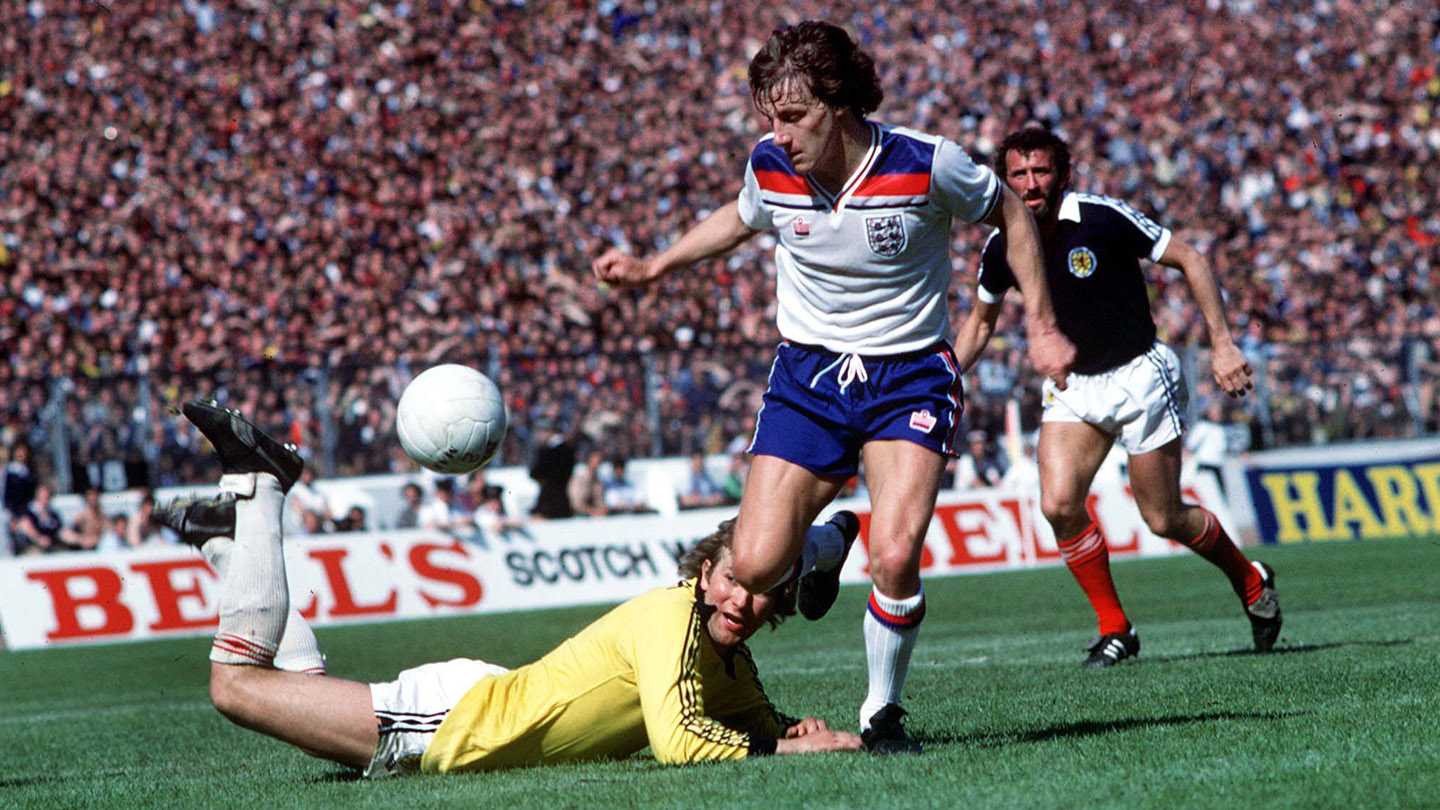 Despite the effect the injury had on him, Coppell reflects on the incident in a positive light, saying: “As such, it was a great advantage - on the fact that Ron took the chance on me. It took me five years to get promotion [at Palace]. I’d hazard a guess that in today’s climate I would have got two or three years max.

Coppell was, in his own words, “blind”, and inherited a job with little to no financial support behind it. His challenge - taking Palace into the top tier of English football - was immense.

“I didn’t have an approach,” he recalls. “I remember when I got the job at Crystal Palace, one of my old coaches phoned me up and said: ‘Listen, don’t be anything other than yourself. Because if you try and be somebody else or manage like somebody else, the veneer will drop and you won’t be able to keep up the facade.’

“I always tried to treat players like grown men. Because at that time, management was more of a bully situation: ‘I’m the boss and don’t you forget it.’ Whereas you’ve got to remember I was younger than some of the players I was managing, so there’s no way I could be the bully boy, threatening them with anything. 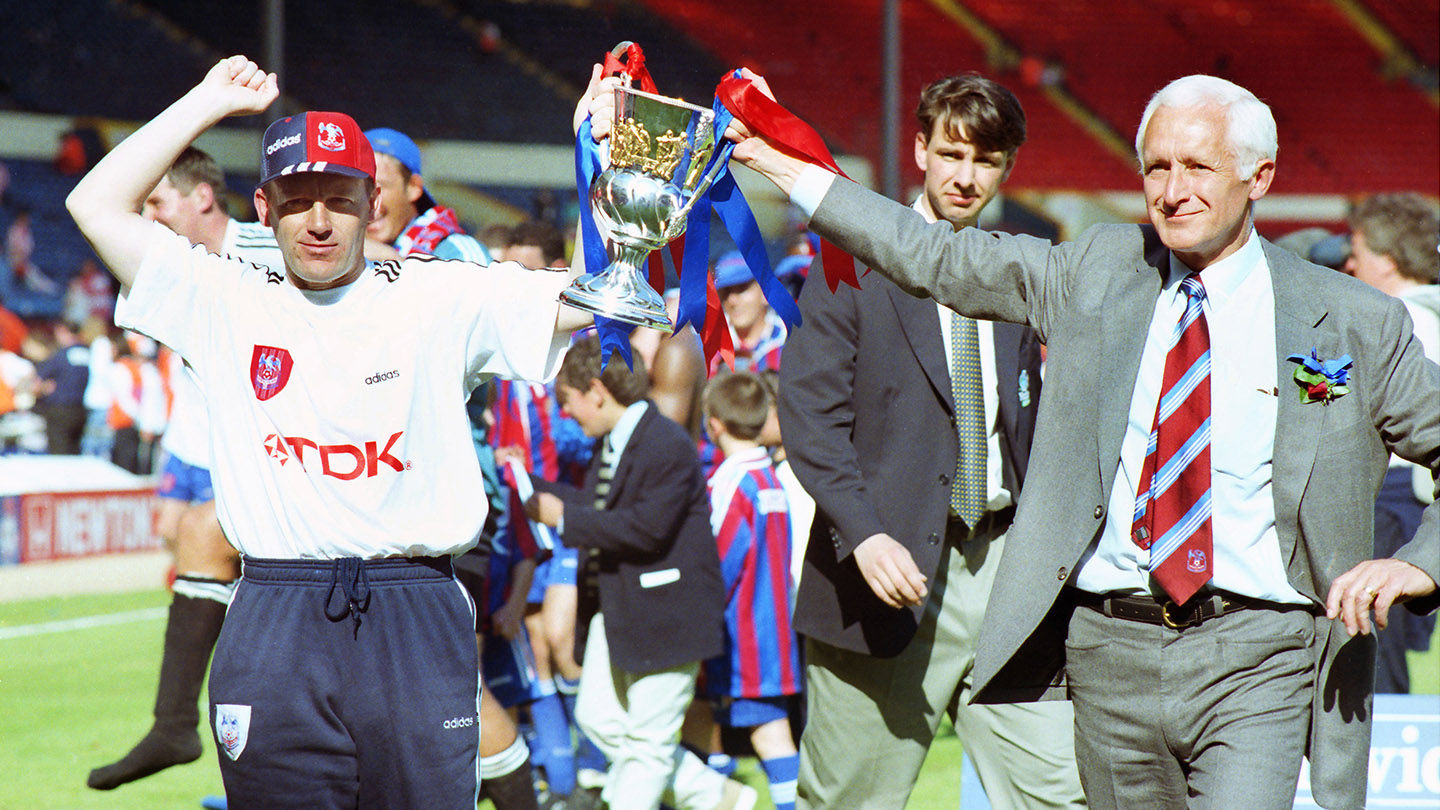 “I was lucky with the Palace fans. In my first year, when we really struggled, everyone blamed Ron! So to a certain extent I got away with it. After my first year we started rebuilding and getting ourselves in a position where we could actually have promotion rather than survival.

“I’ve always been fortunate that the Palace faithful registered I was working hard to try and turn around the situation… At the time, because we didn’t have funds, we had to look at non-league and we had a magnificent return from our non-league players and our bargain basement signings.”

It goes without saying that one such “bargain basement” find came in Ian Wright, who, while playing for non-league Greenwich Borough, was noticed by Billy Smith and recommended to Palace. After Wright’s three-day trial, Coppell knew he’d unearthed a rough footballing diamond.

“Billy Smith was a local non-league manager. He was superb for us,” Coppell explains. “He was and still is a great friend to me and to Crystal Palace without working for us.

“I said to Ron: ‘Ron, you’re not going to believe this, but that fella [Wright] has the skill to play for England.’ At the time, he’d come from nowhere. I couldn’t believe he was 21 and no one had signed him.

“He didn’t have the football mentality I think. He was baptised as super sub for a year or so, which he was very frustrated about, and then Mark Bright was the one who taught him how to be a real professional footballer.” 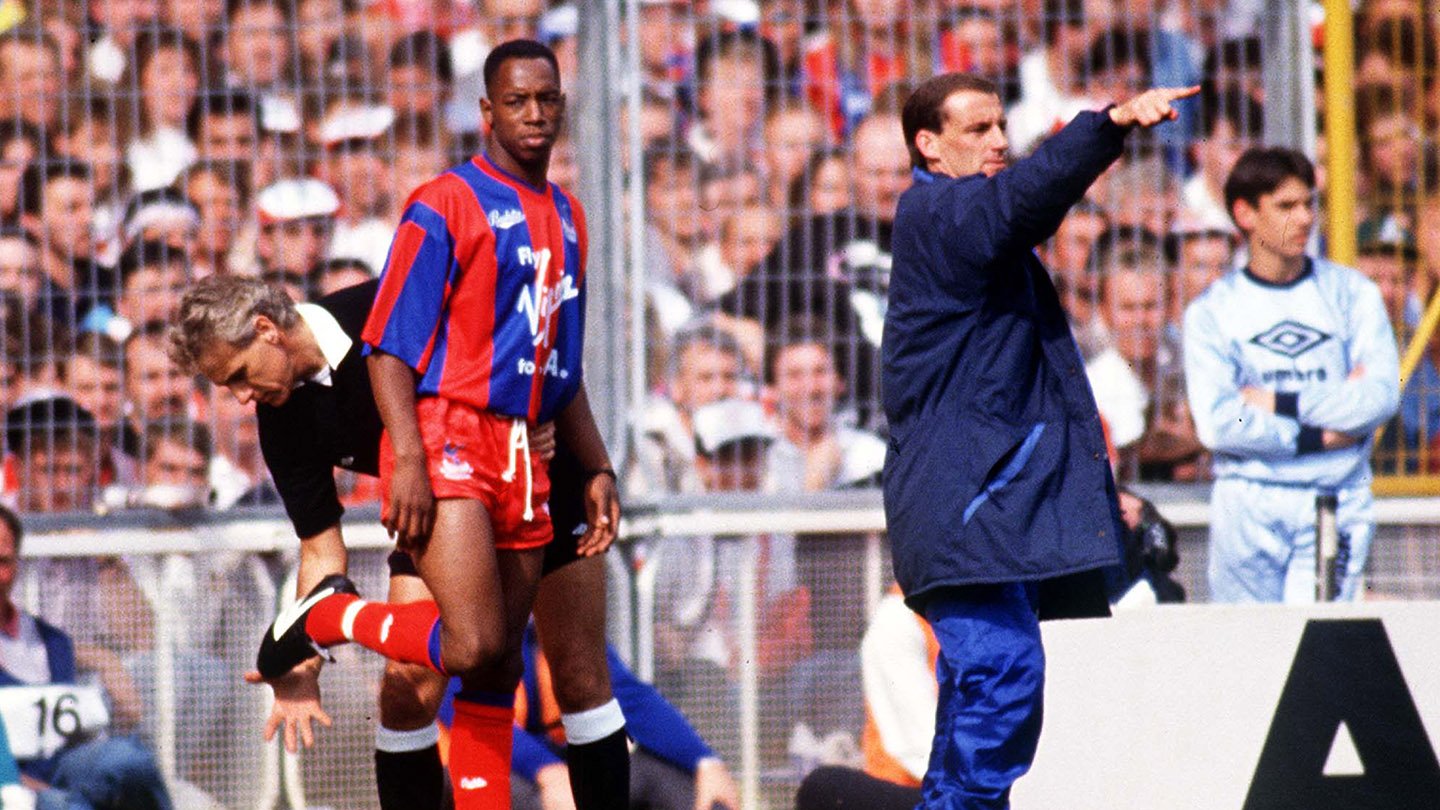 And so Coppell birthed the Wright and Bright partnership which would serve the club so well in years to come. Between them, the pair netted well over 200 times for Palace - launching the club to promotion, its highest ever league finish and an FA Cup final. But there was one day when, despite both scoring, Palace’s striking couplet misfired. Twice.

It was Easter Monday, 1989, and Palace were hosting Brighton & Hove Albion at Selhurst Park. Referee Kelvin Morton found himself awarding five penalties within half an hour. Four went to Palace, and only two went in. Bright scored his first effort before missing a second. Wright stepped-up, and promptly missed.

Alan Curbishley scored from the spot for Brighton in the second-half before defender John Pemberton blazed over the bar, also striking from 12 yards.

But thanks to Bright’s earlier penalty and a sublime Wright volley to open the scoring, the Eagles won the game despite their profligacy. Looking back, Coppell reveals his approach to the most unique of fixtures. 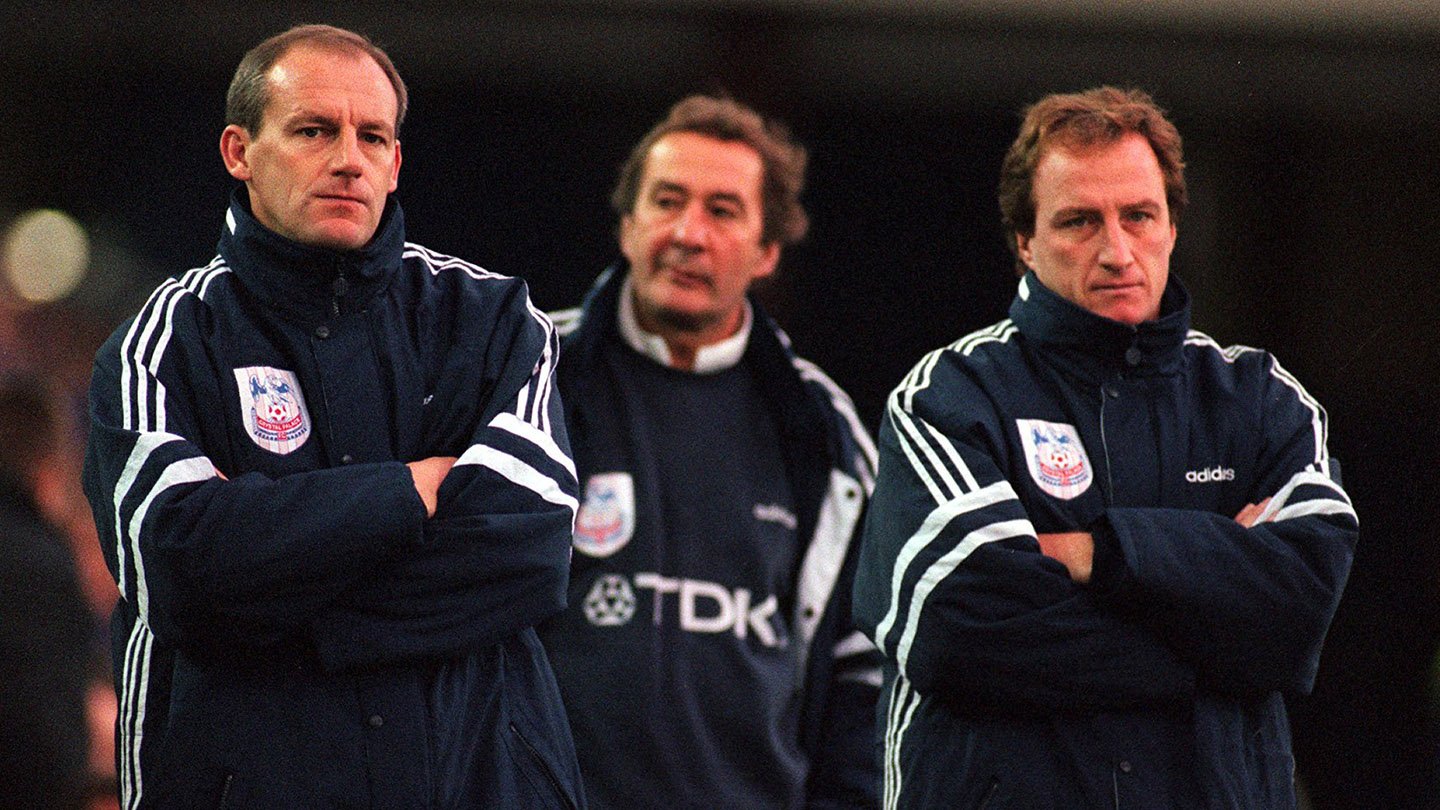 “I was very much one of those people as a coach, as a manager, that even though you might have a designated penalty taker, I know from when I took penalties sometimes you don’t feel right and I always said: ‘If you’re feeling confident, grab hold of the ball and take it.’

“That was certainly one of the most extraordinary events in a football game and the fact that it happened against Brighton was, well, it fit the game as being high tension. It wasn’t your normal game. When you’re playing somebody without the same intensity, taking a penalty can be easy.

“But when there’s so much at stake in these games and particularly as well when somebody else has missed one, then it sort of doubles the load.”

Indeed, the load was already heavy when Coppell led Palace through their clashes with Brighton in the late ‘80s, a decade after the so-called A23 Derby began in earnest.

And though Coppell’s name is now synonymous with the rivalry as a former manager of both clubs, today he admits he first regarded it with disbelief.

“My initial opinion of the games was like most people: ‘How on Earth can it be a derby? It’s 50-odd miles apart.’ But when you realise and you speak to the supporters of both clubs, you realise how intense it is. It’s as intense as any derby anywhere in the world.”

The derby’s intensity continued to build with Coppell at the helm and then, having moved south to lead the Seagulls in 2002, the legendary manager found himself in charge of the clubs’ first meeting for over 10 years. It ended in disaster for Coppell and Brighton, with Palace running out 5-0 winners.

That afternoon, Coppell was back at Selhurst, walking past his former seat of 14 combined years to the opposition dugout. Palace fans stood and applauded their former leader, clad in a dark suit and flanked by Brighton coaches. 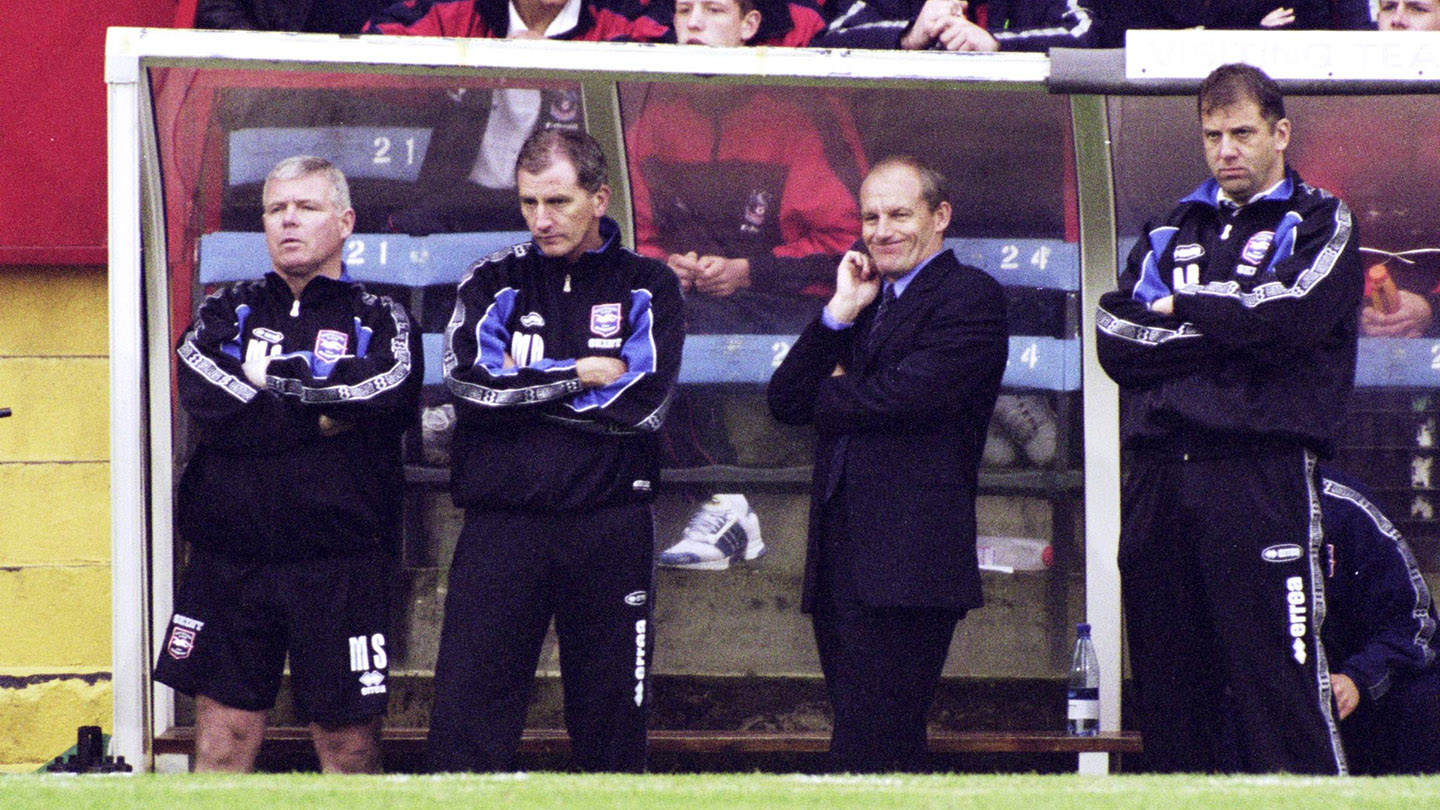 He remembers it vividly.

“That was very much the case with me taking my team to Crystal Palace, who at the time were decent. I was looking for a formula which would bring results. Going there [Brighton], a few Palace fans criticised me, but the people that knew me knew I wanted to work. I was young enough. In football, you don’t switch allegiances but you work for whoever is employing you and you work flat out.

“I took my team there and I think any Palace fans who were critical of me for taking the Brighton job as some kind of treachery, after the game, probably thought I was doing it deliberately just to give Palace a leg up. I can assure you I wasn’t… It’s an insult to me to suggest that.

“But it was difficult. To go back to Palace with another team was difficult, I wouldn’t even suggest otherwise.”

From a non-descript Football Writers’ dinner to 14 memorable seasons and one emotional return, Sir Steve Coppell covers it all.

READ NEXT: Iconic Palace trio pick dream five-a-sides - with Coppell getting a spot