Neil Danns was impressed by Neil Warnock as he prepared to sign for Crystal Palace. Having opted against putting pen to paper with Nottingham Forest after a phone call with the Palace manager, Danns was “excited about joining” a “club with rich history.”

When he spoke to Warnock, he tried to impress him - to highlight the “extra work” he’d been doing between clubs.

“‘Look,’” Warnock told him bluntly, “‘I’m not bothered about that. I just want you to get down here.’”

Danns was hooked. He reflects over 12 years later, Warnock was “no-nonsense, straight to the point, and that’s the sort of person I am.”

But Warnock’s ‘no-nonsense’ approach to management would prove to have its pitfalls for Danns, too, after he suffered a groin injury which would sideline him for seven months almost immediately.

“If I’m being honest,” Danns begins, “when I first joined was probably the most frustrating time in my career. I came and a week later I felt a little niggle in my groin. It kept niggling on until I couldn’t run properly. I’d just signed so I was trying to get through it and not tell anyone. Then, I was meant to rest for four weeks and it ended up being on and off for nearly the whole season.

“When I was injured, he [Warnock] didn’t speak to me. We’d walk down halls and he wouldn’t say hello... People get peed off with you for something that’s out of your hands.

“I said to him: ‘I am what you signed and I’ll prove it to you.’ He said: ‘I’m going to put you on the transfer list but you’ll still be involved around the squad. Obviously if someone comes in I’m going to let you go.’ I said: ‘I completely understand but I can assure you you haven’t seen me, and you literally haven’t seen me - I’ve been out for seven months.’ 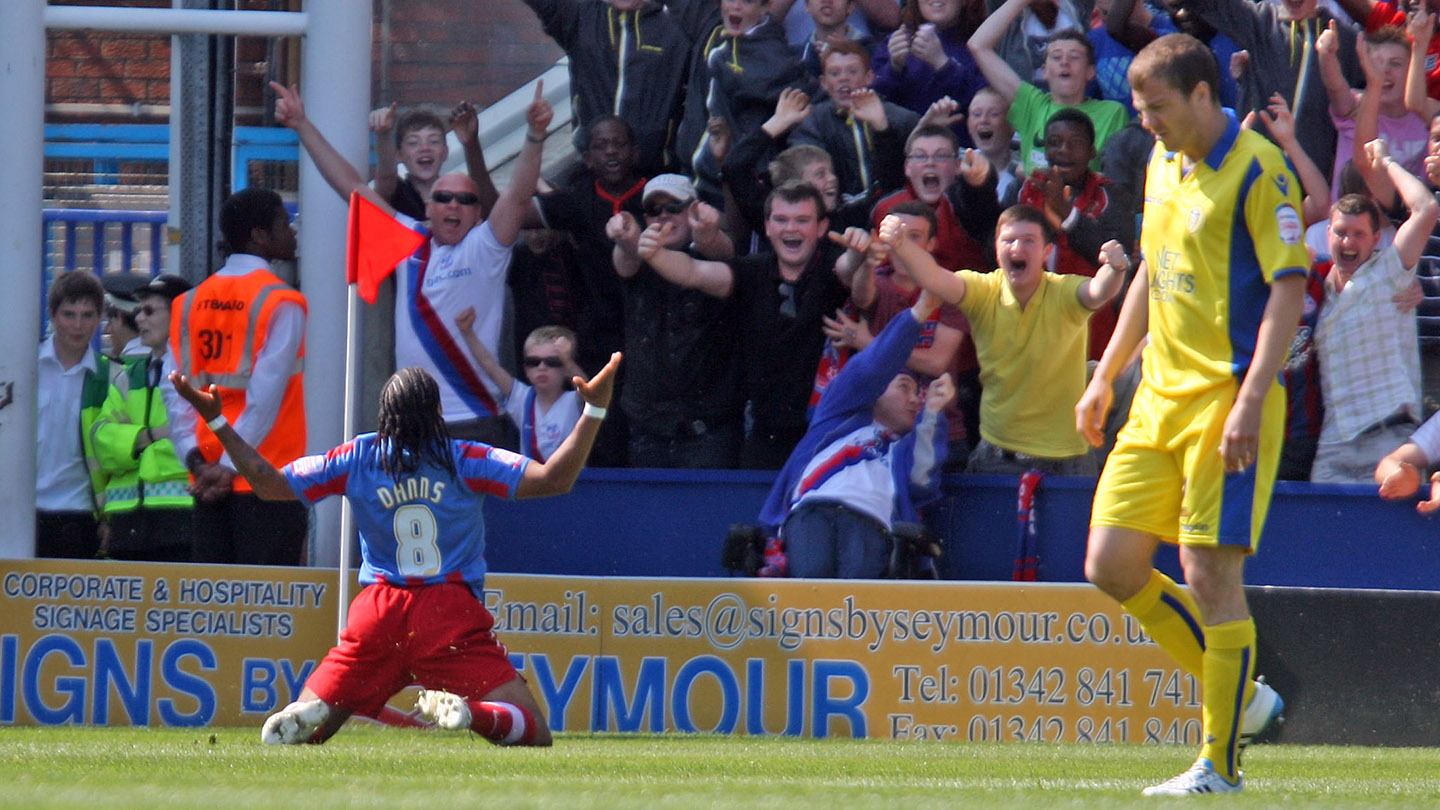 “A week later we had a game. I was on the bench and he brought me on for about 20 minutes. I had the bit between my teeth and I thought: ‘I’m going to show you.’ He called me in on the Monday and said: ‘I got it wrong, I think you are the player we signed.’

“I’ll never know, but it just wouldn’t surprise me if that was a sneaky way of man managing me, or just a little kick. It got me going. I felt: ‘This is a bit unfair to react after a couple of games from being seven months out.’ He put me in, my fitness went up, my injuries went away and I like to think that I proved myself… I got into the team and had a great relationship with him.”

Danns’ involvement at Palace grew and grew after he returned from injury, and the midfielder swiftly became a core part of Warnock’s squad, with the manager building his team around the dynamic winger.

By 2009/10, Danns had become so integral that he played 49 times in a single season - the third most of any outfield player that campaign. Danns played more than the likes of Clint Hill, Alan Lee and Danny Butterfield - the often lauded heroes of Palace’s survival that season.

With nine goals to his name, the Liverpudlian finished as the second-highest scorer - and such centrality drew attention when the club hit rock bottom.

26th January, 2010. Crystal Palace is placed into administration. Key names such as Victor Moses and Jose Fonte are sold that window to raise the necessary funds to keep the club operating. Danns’ name was next on the list.

“The administrator came in and basically said I was up for sale and there was nothing the manager could do about it,” he reveals. “Neil Warnock saw me as an important player, so he gave me a call and said: ‘Look, there’s nothing I can do about it - there are bigger clubs coming in for you, that, at the minute, are fighting for promotion. You know how desperately I want to keep you.’ 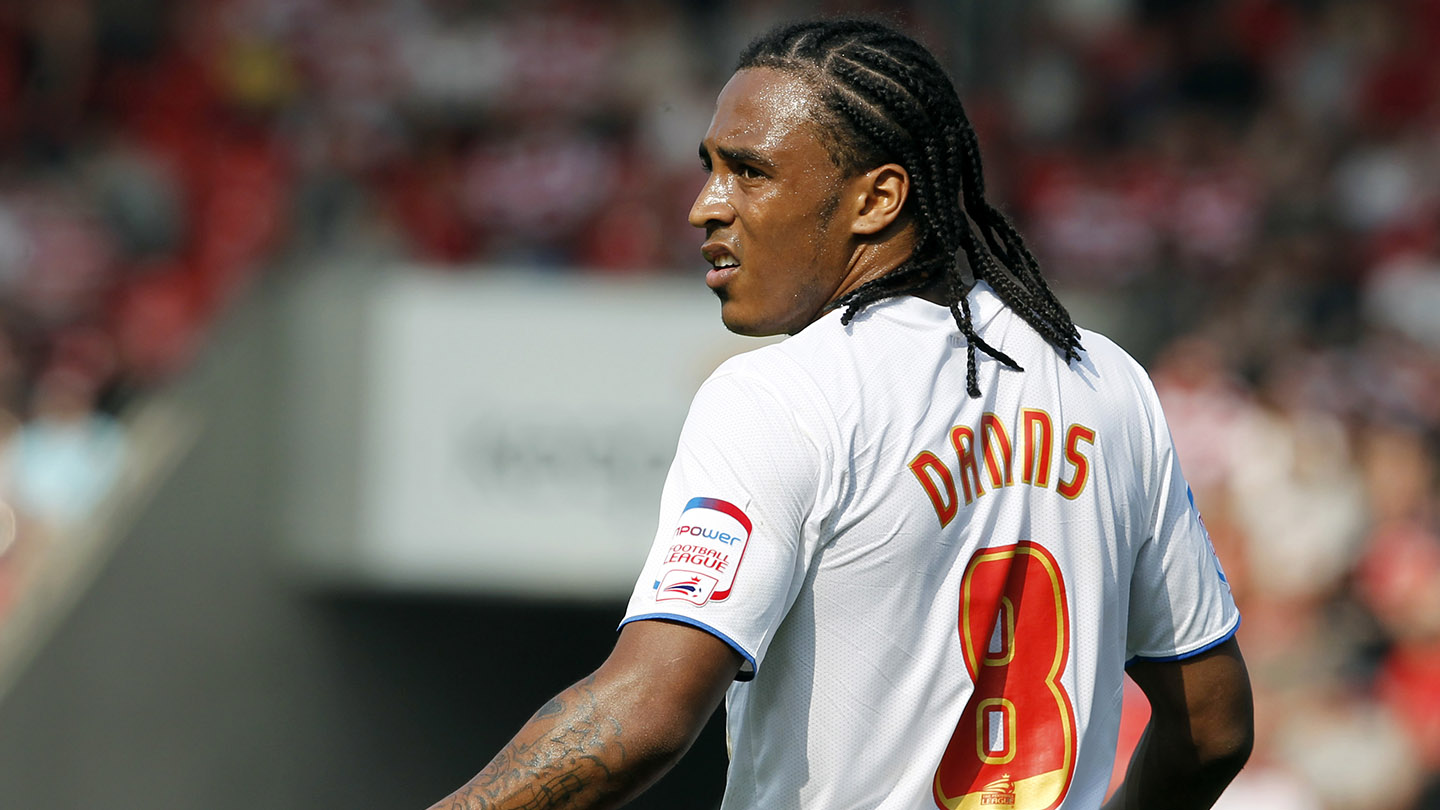 “Then Southampton phoned me up - Alan Pardew at the time - and asked to meet me and [former teammate] Shefki Kuqi, who was at Swansea at the time, phoned me up as well and said they wanted to sign me.

“I spoke to Neil Warnock and thought: ‘I’m enjoying my time at Crystal Palace. I love the club, the fans are amazing with me and at this point in my career, I feel I owe the club because I’ve been out injured.’ I just decided to turn them both down and showed my loyalty to Neil Warnock and the football club.”

Loyalties made clear, Danns avoided the temptation of clubs on the up, and remained at Palace through perhaps its darkest hour. But his faith was knocked when the man who persuaded him to sign, and later built a team around him, departed for Queens Park Rangers.

“If I’m being honest, it was a bit disappointing, because I’d stayed and Warnock was one of the reasons that I did stay. I thought he was going to see out the season.

“I’d never speak ill of any manager, because he helped in my career, but it was disappointing because he was a great manager and knew how to get the best out of players.”

Eventually, after three-and-a-half years, Danns' time in south London did come to an end and, with his contract fast expiring, the 28-year-old met with a well-publicised decision. Scooping the Vice-Presidents' Player of the Year award after another crucial season, Danns finally chose to leave for Leicester City - where he would go on to play 42 games. 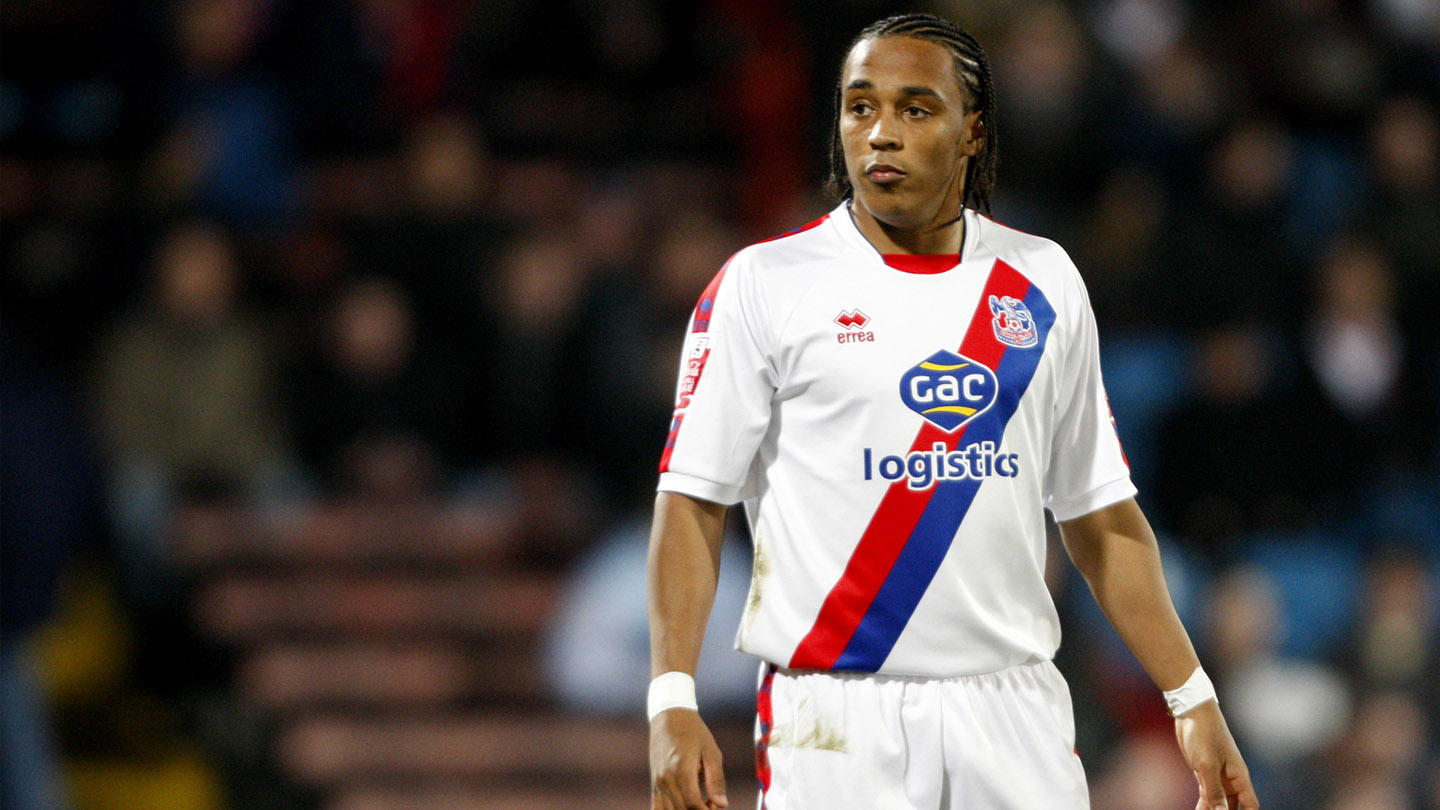 As our time with him closes, Danns volunteers an explanation - unprompted -  to a fanbase he still regards fondly.

“Just trying to set the record straight, I know a lot of people were like: ‘We offered him a contract,’ and I ended up moving to Leicester. I’d been at Palace for three-and-a-half years and stayed during the difficult times. At that time, I’d had a young son and obviously I had my partner as well.

“I’d moved from Colchester to Birmingham to Palace and throughout my career I’d always travelled. My eldest son was getting to that stage where he was going to be starting school. At the time my partner was pregnant with our second son as well and she has a big family but she never got to see them because we’d always lived down south.

“I thought: ‘I think it’s maybe time to get closer to home for my family’s sake.’ Leicester was only an hour and 20 minutes away [from Liverpool, where Danns and his partner have family] whereas it was taking me sometimes four and a half hours to get back from Palace.

“There was never anything to do with finances or the club, because I know a lot of people thought I didn’t sign a contract because of that. When I look back now, I do honestly think it was the right decision.

“I look at Palace now, where they are and what they’re achieving but I think it’s important that you make decisions based on your gut feeling and my kids needed to get settled. When I moved to Leicester, my family went back home and have never looked back since. They’re all flourishing now - all three of them really are doing well with themselves.” 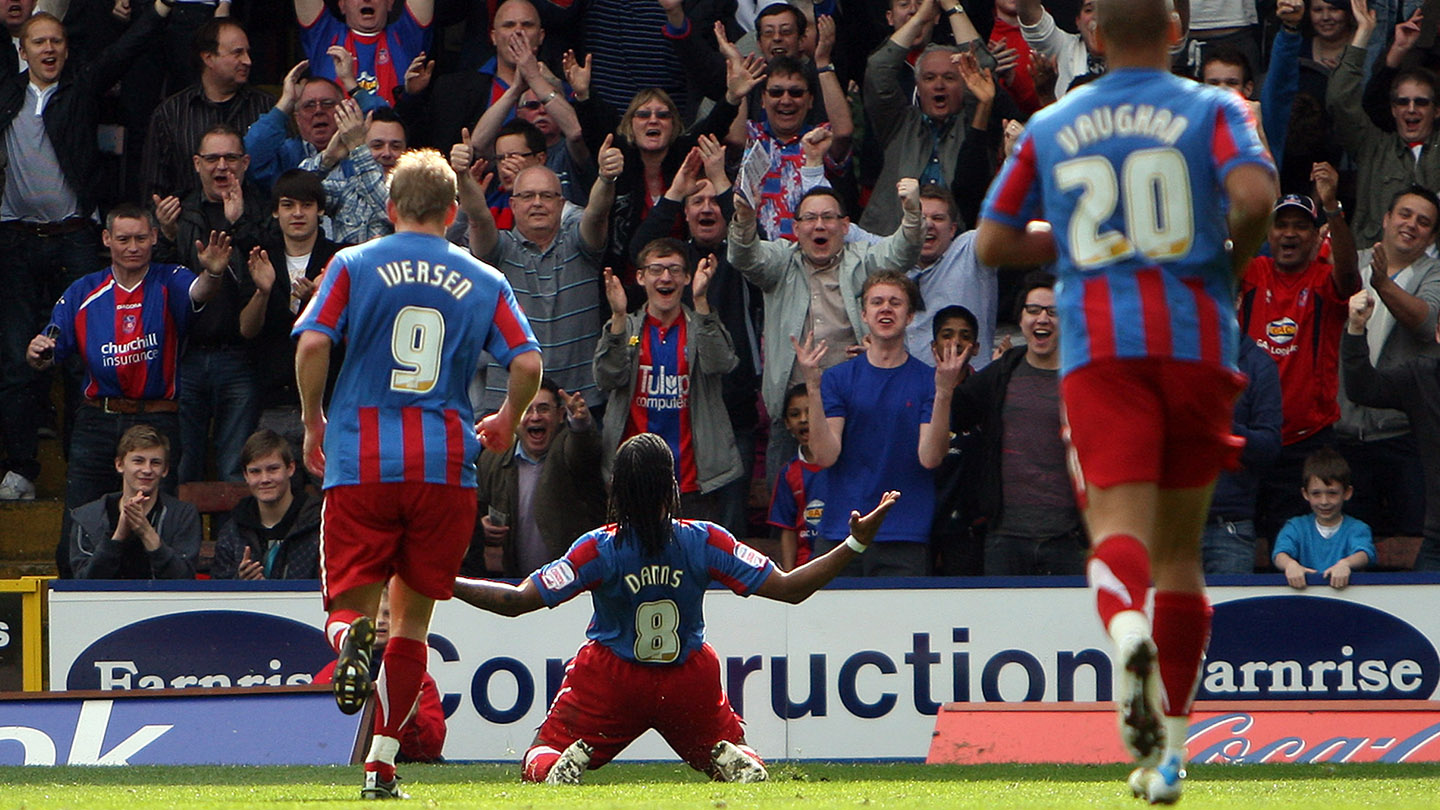 Danns’ life after Palace saw him continue moving regularly - but always keeping himself in the north of England with his permanent clubs. One of these clubs - Bury - led to Danns receiving acclaim in the most troubling of situations, as the former Eagle captained the squad through the Shakers’ league expulsion.

“It’s still got a bad taste in my mouth,” he admits. “It was a good family club in terms of the supporters and the players. Obviously it’s not at the height of the Premier League but people forget the clubs in the lower leagues have the same passion for their clubs, if not more, because they’re more involved in terms of little jobs. You get fans coming on the pitch - moving snow and things like that.

“It was probably the darkest time of my career - you see so many people hurt and losing their jobs. You see people like the kit woman crying and you’ve built relationships with these people - it was heartbreaking to see.

“After a week or five days, I had interest, so I didn’t have to dwell too much in terms of the anxieties of not finding a club. I went down to Tranmere, spoke to the manager and it all made sense for me to sign there. The manager’s a good man, it’s on my doorstep - 30 minutes from my house. It was a no-brainer.”

At 37, the fact Danns is sustaining his career at all is somewhat remarkable but, when we ask the midfielder for his key to longevity, he doesn’t bring up yoga, blended kale or any New Age practices. Instead, his answer is far simpler.

“It’s simply a love of the game: I love playing football. A lot of players - not that they don’t love the game - but they don’t have that childish love for the game. I often say to my family that I’m just immature! I still love football like I was a kid. 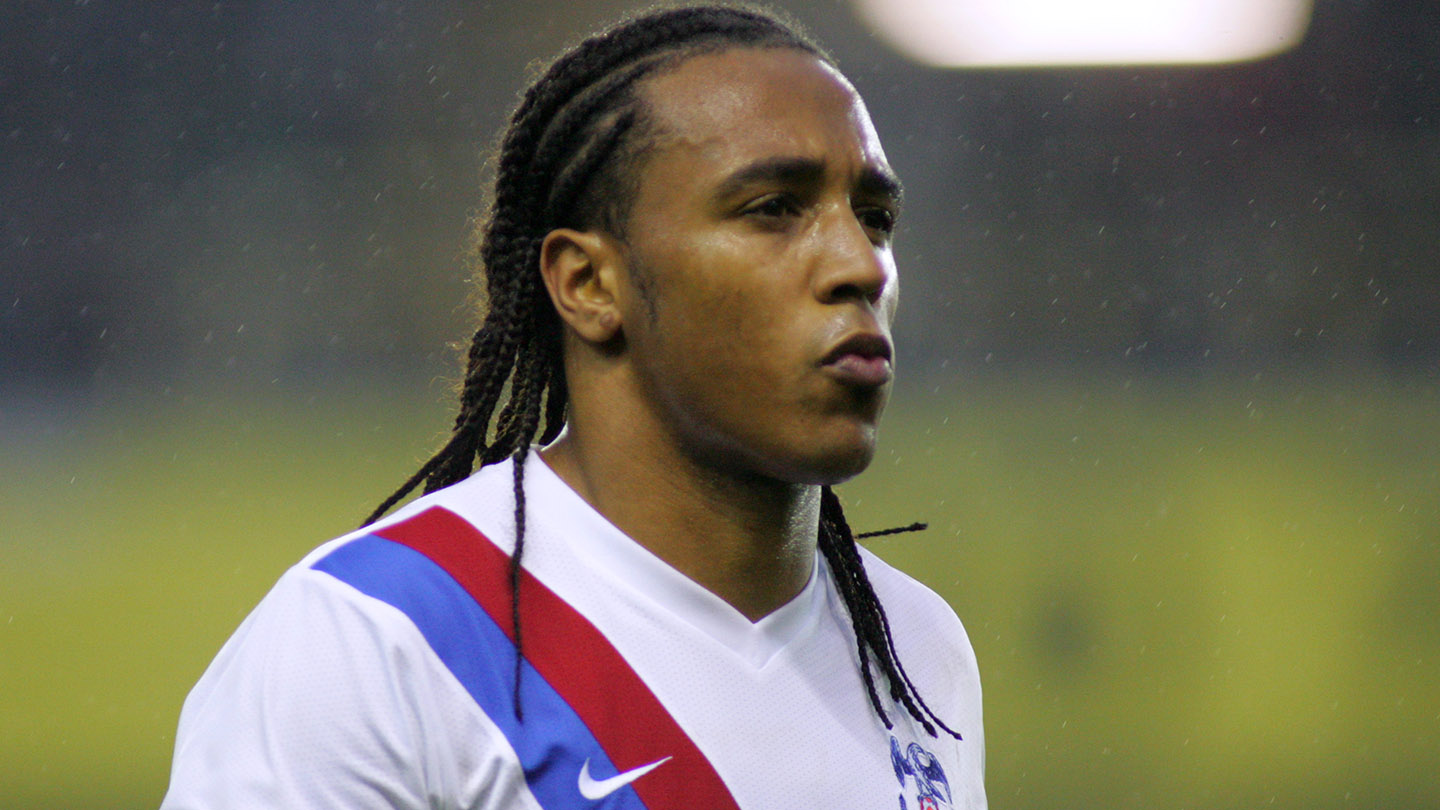 “It helps now, having my eldest son, who’s 14, play for Liverpool, so he’s constantly going - always wants to do extra training with me, always wants to play football. He comes to watch me and I get embarrassed if I have a bad game because he’s getting close to being better than me now!

“He’s a lot more talented naturally than I was. I think he has got a future in the game - obviously at what level we’ll never know because he’s still young. He’s got everything I had in terms of enthusiasm and love for the game and I think that’s the key to it.

READ NEXT: James Vaughan: ‘My only regret is I didn’t stay at Palace’