Derry Girls' Dylan Llewellyn: 'Palace is in the blood'

Everything about Dylan Llewellyn's role in the Channel 4 hit series Derry Girls is a little out of place.

To start, he's an Englishman living in Northern Ireland during ‘The Troubles’. And what's more, he plays the only boy in an all-girl secondary school.

All in all, he cuts far from an inconspicuous figure and then, to top it off, he dons a red and blue shirt, flaunts it on Instagram and heads to nearby Irish bars to follow a club 540 miles away from where his job makes him reside.

But growing up surrounded by supporters of what he calls 'the big boys' - Arsenal, Chelsea and Manchester United ("you're not even northern!", he becries astutely to his fellow southerners) - being a boyhood Palace fan in an era of mixed success left Llewellyn a little out of place from the off.

It's perhaps with the red and blue shirt, however, flaunted on Instagram next to 'cpfc fan😎' in the bio, heading to Selhurst with his father and brother and, when kept away from SE25, following the Eagles by whatever means necessary, that the 26-year-old actor finally falls into the crowd.

In fact, playing an out-of-place character throughout the meteoric rise to popularity that 'Derry Girls' has experienced, being your everyman Palace fan - even if you're the only one around - is possibly one of the few areas of normality left for Llewellyn as his world is blurred as James, 'the wee English fella', in Northern Ireland's most watched show, caught in comedic limbo during a difficult political, religious and social landscape.

Once he sheds the school uniform and returns to his usual self after shoots, then, Crystal Palace regains its place in Llewellyn’s real life: right at the heart of things from the beginning.

"The game that really converted me as a Palace fan as a kid was the Palace v West Ham play-off final in 2004. AJ and his ‘Magic Hat’, those were my roots of supporting Palace. After the play-off final, my dad got me a season ticket and from those days onwards, I’ve been a Palace fan.

"I think my first game at Selhurst was Palace v Arsenal when we drew with them 1-1. I think it was Aki Riihilahti who scored but I’m not sure. I just thought, ‘God, this is so fun’ because supporting Palace is a rollercoaster ride and I much prefer that."

I think my character James should wear the classic 90s fly virgin palace kit for an episode 😎. What do you think @LisaMMcGee 😉 pic.twitter.com/vMXWJSib8J

A rollercoaster ride it may be, but following Palace comes with its constants all the same, and Llewellyn like every other Eagles fan has his own routine when it comes to the bi-weekly stroll along the Holmesdale Road.

"Me, my dad and my brother, we always drove from Reigate quite early. We’d leave about 12.00, get there just before 1.00 and go to Tasty Jerk Chicken, get some of that and eat it in the car. 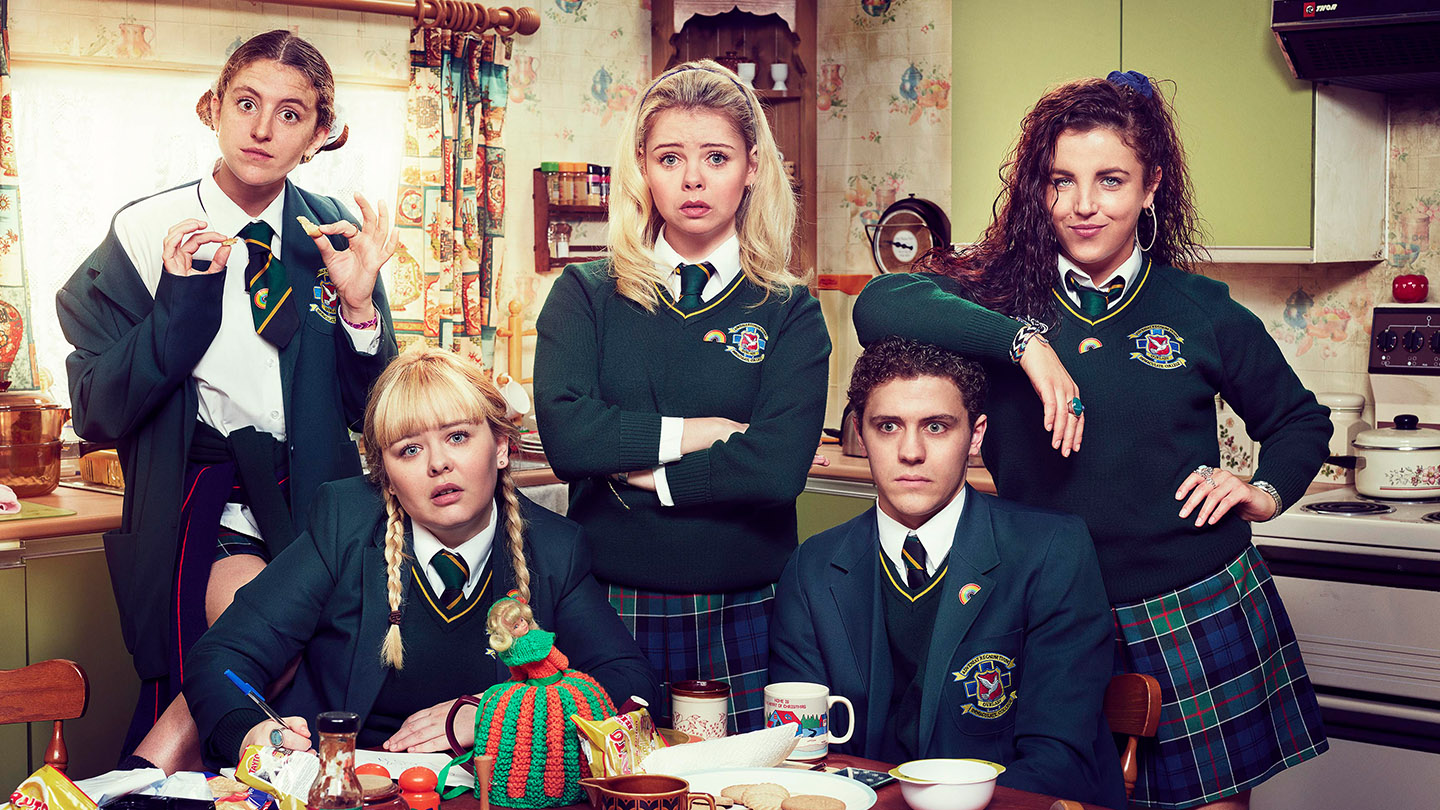 But the delights of Norwood's eateries aren't the only fond memory standing out for the small-screen star, with one particular aspect of visiting Selhurst also lingering in the mind...

"I used to love the goal music when each player kind of had their own song. Was it Neil Danns when Palace used to play [sings] 'Everybody Dance Now' after a goal? I remember those. They should bring it back; that would be sick.

"Wilfried Zaha with his game against United where he was just mugging off their players and I was singing, ‘he’s just too good for you’ and all of that."

Unfortunately, at this point Llewellyn refrained from offering a unique mix between C+C Music Factory and Verdi, and didn't quite break into song for the operatic score regularly sung about Palace's Ivorian winger, but that didn't stop him from developing further on the musical theme.

When in Ireland filming for Derry Girls, Llewellyn is kept away from south London for eight weeks at a time and, in filming the second series of Channel 4's hit, that meant missing out on a large chunk of Palace's season.

"I’d normally watch the Palace matches with the director or whatever in the Irish pubs. The Irish pubs are brilliant; they’ve got folk music and live music so it’s great fun. As long as it’s not playing over the game, I’m happy - I want to hear the commentary!"

While he may spend much of his life today away from Croydon, Dylan Llewellyn still holds Crystal Palace close to his heart. And whether it's in an Irish pub, on Instagram or, of course, Tasty Jerk Chicken, Ireland's resident Englishman is certainly a red and blue and, as with everything else, he's proud to stand out about it.