“A gap filler,” Emmerson Boyce light-heartedly says over the club contacting him during the Premier League’s current postponement.

Coincidentally, ‘a gap filler’ is perhaps what Iain Dowie might have first referred to Boyce as, with the former Eagles defender revealing that his start to life in south London wasn’t exactly as he’d planned. 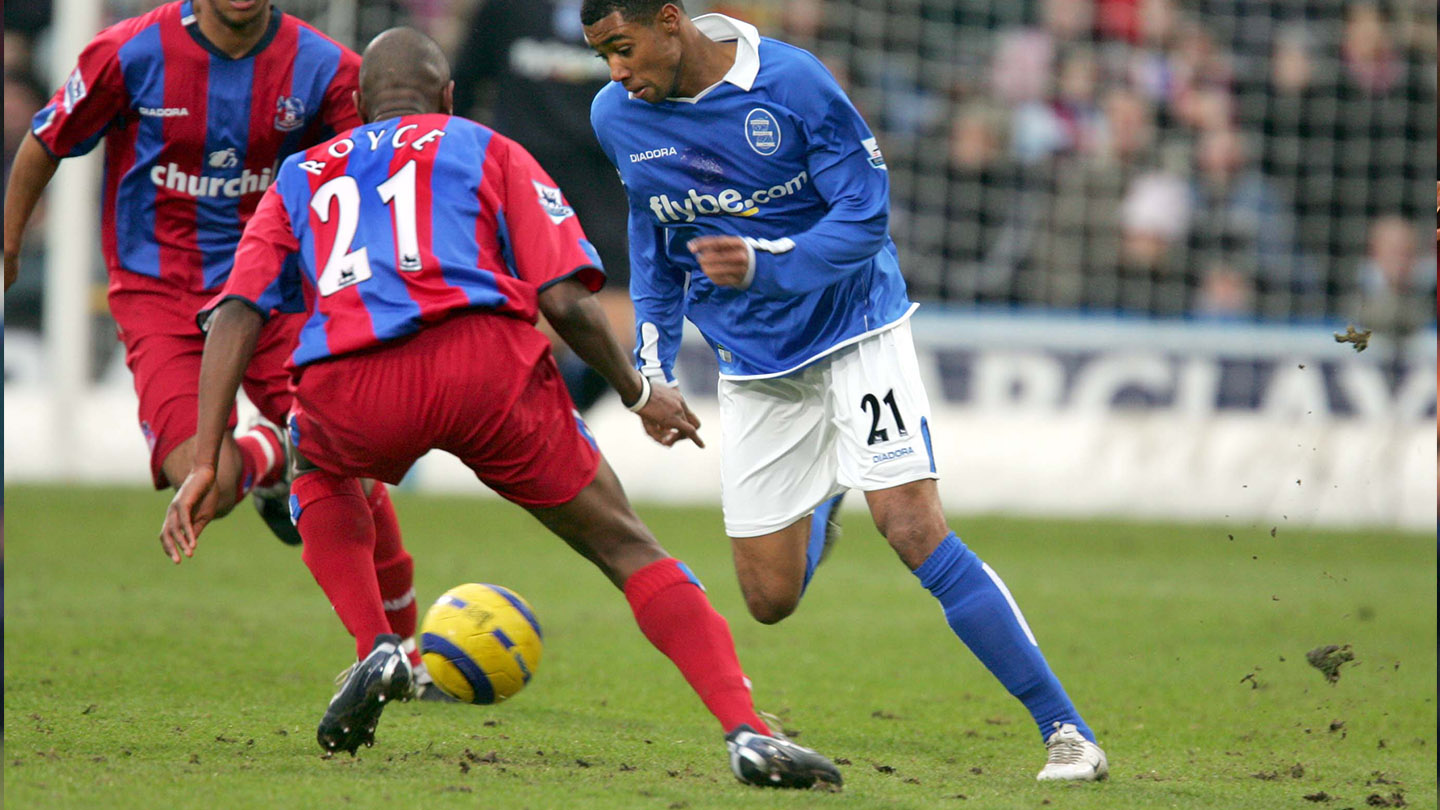 Boyce begins: “I left Luton Town thinking that I’m signing for Crystal Palace, despite a few Championship clubs being interested in me. But the lure of Palace and the Premier League was too good to turn down.”

Laughing, with a hint of a suggestion that Boyce still can’t quite get his head around how the situation he is about to reveal unfolded, he adds: “It was a weird first couple of weeks, though, because I went to Palace thinking that I’m signing for them. However, I was in the Training Ground canteen and it came up on Sky Sports that: ‘Emmerson Boyce is on trial at Crystal Palace!’”

Yes; we’re certain now: Boyce is still proverbially scratching his head over the whole scenario. Perplexed in his tone and a slight raise in the pitch of his voice, he proclaims: “I’d been traveling from Aylesbury for two weeks – a good two-hour journey – thinking that I’m signing for Palace. And by now I’d turned down all the other clubs and told them I’m joining Palace so there’s no other options!

“For two weeks, every day in the canteen people are coming up to me and telling me that so-and-so isn’t in today so we can’t do the contract.”

But here’s where the confused trialist becomes a future Player of the Year winner: “Things progressed, though, when unfortunately for Danny Butterfield he picked up an injury just before the start of the season, so Iain Dowie put faith in me for the first game.”

In truth, Boyce was of course so much more than a potential gap filler, evidenced by his Premier League and Palace debut – a 1-1 draw away at Carrow Road. The now-40-year-old fondly recollects that 90 minutes: “The pride I felt at pulling on the Palace shirt was amazing. And I then also felt pride because – and I hope people don’t disagree – that I handled [former Leeds United and Manchester City striker] Darren Huckerby well that day, which was really something of a baptism of fire for a Premier League debut.”

More or less an ever-present throughout that season, Boyce’s dominant and accomplished performances as part of the back four saw him become a manager’s and fans’ favourite. Therefore, when an injury struck in March to rule him out of Palace’s fight against relegation, it was a huge blow for the club and Boyce.

“It was a frustrating time for me,” he says with a slight pause, to which we’d guess Boyce is replaying those couple of months in his head in a flash. “But that spell encapsulated the highs and lows of football: on the Friday I had signed a new contract with Palace and then I broke my foot on the Monday.”

Boyce was sitting on the bench for Palace’s huge relegation-deciding fixture against Charlton Athletic on the final day of the 2004/05 Premier League season. Although injury meant he wasn’t even a substitute, Boyce wanted to be there.

“We knew we needed to get the three points against Charlton,” he says, even now tinged with a sense of despair. “I was on the bench and their fans were taunting us and giving us stick.” Boyce pauses before admitting: “It was tough being unable to directly be involved and help the team try to avoid relegation.”

Andrew Johnson finished that Premier League season with 21 goals – a tally not usually associated with a side that would fall through the trapdoor to the Championship. But Boyce rejects suggestions that Palace should’ve achieved more that season despite having the league’s second top scorer.

“The way Crystal Palace got into the Premier League was an achievement and a half!” He proclaims.

“If anything, the time in the Championship was the most disappointing when you look at the team on paper – people like Clinton Morrison, Andy Johnson and Wayne Routledge stayed. We should’ve bounced straight back up.

“We had such a good team. We didn’t really perform and unfortunately came up against a very good Watford team in the play-off semi-finals.”

Despite the team’s disappointing end to their campaign, on a personal level for Boyce it was a special one, culminating in him being named Palace’s Player of the Year. It’s a season Boyce thanks Iain Dowie for: “Iain Dowie, I can’t speak highly enough of him,” he says. “There’s always one manager that truly believes in you and that was him. He put faith in me, told me to go out and play my game. That Championship season is the period I feel I was my fittest and strongest.”

After jumping from Division Two with Luton Town to Premier League football with the Eagles, Boyce admitted that “the lure of the Premier League was too much” when Wigan Athletic came calling.

It was in fact a former Palace defender, Fitz Hall, who played a role in convincing an at-first-reluctant Boyce to move north. He reveals: “Fitz called me, as he had just moved to Wigan, and couldn’t speak more highly about the setup there. I wasn’t totally convinced, especially as I thought it always rained, but the day I went to visit, it was sunny, so it sucked me in!”

A gap filler for Danny Butterfield to leaving as Palace’s Player of the Year. It’s hard not to wonder what Boyce could’ve achieved with Palace had that play-off semi-final gone differently.