Ten years ago to the day, the CPFC 2010 consortium agreed a deal in principle to buy Crystal Palace Football Club, rescuing it from potential catastrophe.

Now, in his own words for an exclusive cpfc.co.uk feature, former co-Chairman and current club shareholder Stephen Browett has told his story from the takeover that saved the club...

I never had any desire to own a football club. So, in the summer of 2010, when I stepped out at Selhurst Park as a co-owner of Crystal Palace, I couldn’t quite believe it.

But then, if it was ever going to happen, it was always going to be with Palace.

I’ve been a Palace fan since I was a child, when the club was promoted to the First Division for the first time in history in 1969 and my nine-year-old self was hooked by Selhurst Park’s noise and lights, sounds and smells – you know: the onions, the hotdogs and the people shouting.

Being at Selhurst was very different from being at home around the corner in Upper Norwood or at school; I’d never been anywhere with 20, 30 or 40,000 people in one place before. The excitement of it got me hooked and I’ve been a fan for 50 years since.

🙌 On this day in 2010: CPFC 2010 agreed a deal in principle to save the football club.#CPFC pic.twitter.com/ZOQFexVbUn

Naturally, then, on January 27th, 2010, I - like most Palace fans - was checking the BBS to find out the team news for our trip to Newcastle that Wednesday night. I’d logged on hoping to find out if Victor Moses was starting and instead, bloody hell, there it was: the club’s gone into administration.

Suddenly the team went from play-off hopefuls to being in a relegation scrap, and it fairly quickly dawned on the fanbase that, not only was it going to be a difficult league season, but that we might not find a buyer, either. In my head, I’d assumed somebody would come along and buy the club soon enough, so what happened half a year later was very far from my thoughts at the time.

But as the weeks went on it became apparent there weren’t any serious buyers around. I then started hearing stories about this guy called Steve Parish, who was supposedly trying to get a consortium together. My brother-in-law works in advertising - as Steve did - and he got hold of his number for me. I called him, thinking this consortium might be fan-owned with loads of people contributing financially.

After I introduced myself to Steve over the phone, he got in his car and was sitting in my office within half an hour. He said: ‘Basically, there isn’t a consortium. There’s me and Martin Long. Martin’s on board.’ And that was it: they needed two more partners. I was very impressed with Steve and, at the end of the conversation, I just said: ‘Okay, I’m in.’ 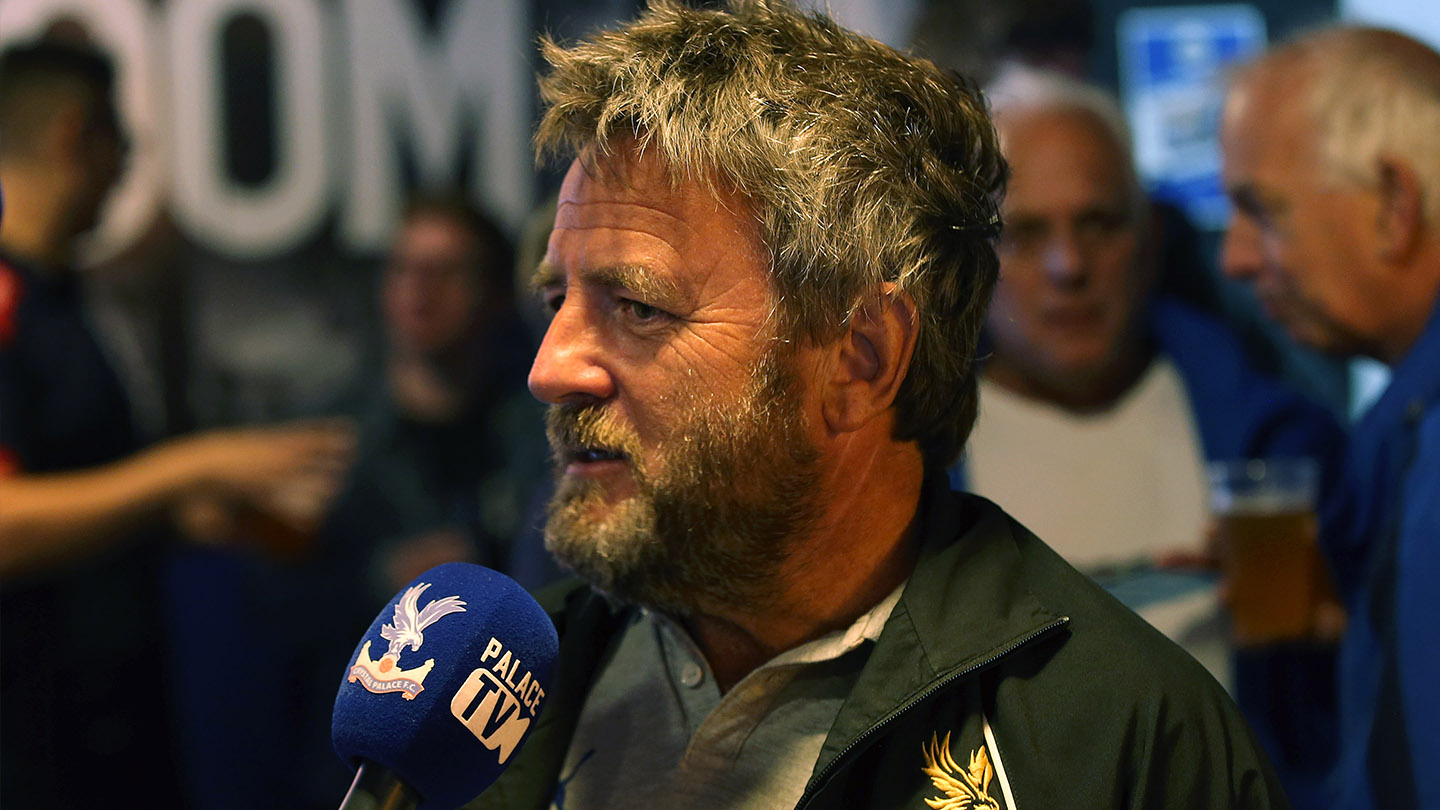 At that time, I think we all felt we’d never see the money we put in again, and it was a nerve-wracking decision to invest a 25% stake in the consortium. Almost everybody who buys into a football club ends up losing their money, after all, and so I had friends telling me I must have been absolutely mad.

Then when I asked my wife, she said to me: ‘Look, I know you love Crystal Palace more than anything in the world. If you think you ought to do this, then you’ve got to do it – go for it, or you’ll regret it forever!’ and that was me on board. I can say looking back now, it came from the heart rather than the head…

Once I was committed, we required one more partner to complete the consortium. Various people contacted the club and turned out to be tyre-kickers, but one man, Jeremy Hosking, stood out: he was very serious.

Martin and I ran his name through Google, saw his credentials, and went to his office to explain the situation. Much like I had, Jeremy said: ‘Well, okay. I’m in.’

The four of us trusted one another and agreed to invest an equal stake in the club, but of course Steve did all the work – dealing with both the administrators for Palace and Selhurst Park, as well as the hedge fund who’d lent the club money.

Steve was the driving force, with Martin, Jeremy and me as financial and moral support.

What Steve did was incredible. Getting the deal together to purchase Selhurst and the club – which we all agreed was the only way forward – was incredibly complicated, and he achieved the near-unachievable.

While Steve was negotiating both sales, I was driving him mad - ringing him three or four times a day to find out any news. It was an immensely stressful time and it wasn’t helped by the concerns of relegation, which threatened to throw a significant spanner in the proverbial works. 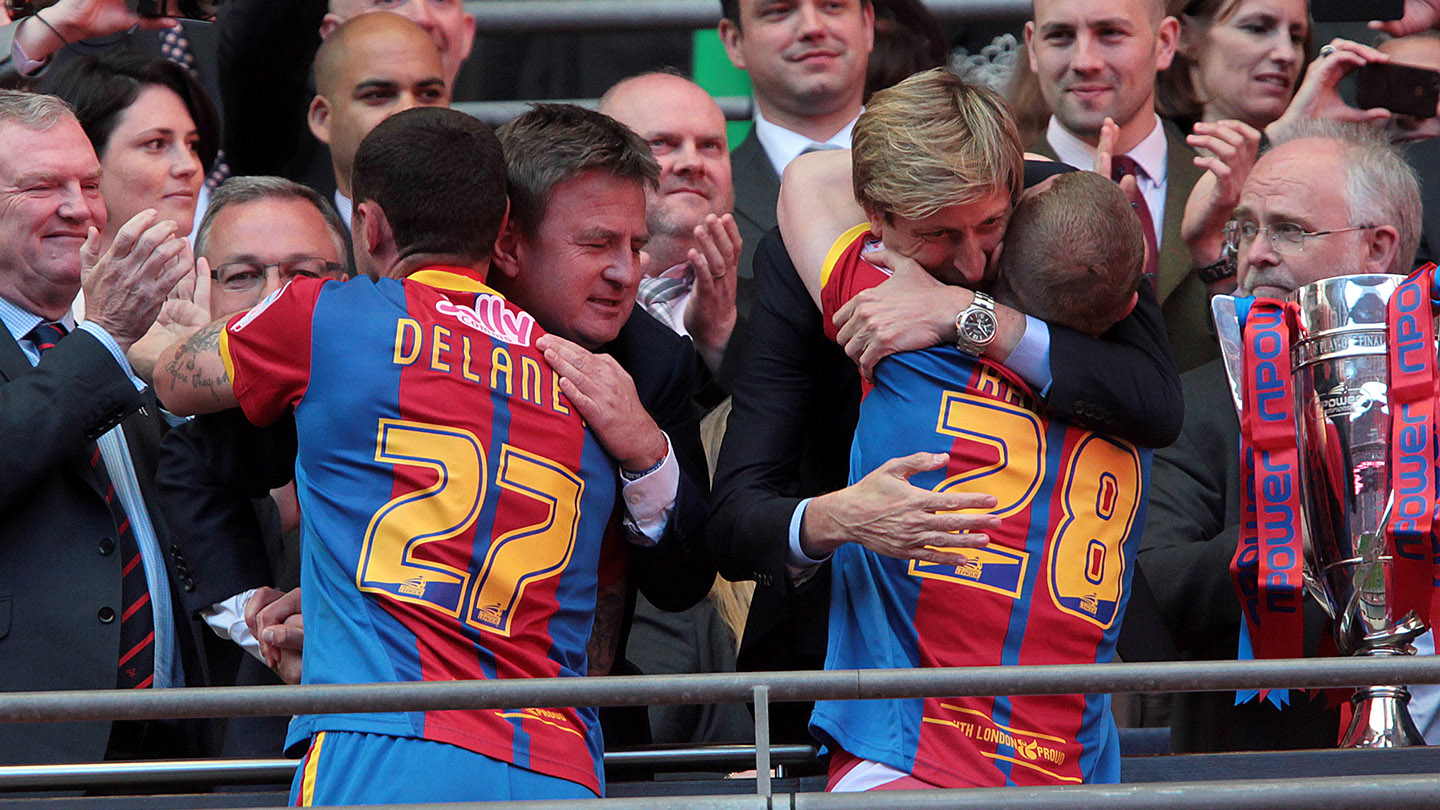 Throughout that spring, none of us signed a contract stating our commitment to the consortium; it was all done on a handshake and the trust we shared. It wasn’t until summer that we put pen to paper and our decisions became reality.

But there was a problem: the bank had inherited Selhurst Park as bad debt some years before, and could generate a lot of money by selling it for housing or commercial development. Steve had to convince them to sell it for less than their book cost, and thankfully he had support on the ground from you, the fans, and the never-say-die protest outside Lloyds Bank’s headquarters.

That protest made a massive difference. It made it clear to the bank that what they owned was something of community value, and was dear to the hearts of hundreds of thousands of Palace fans.

Consequently, the bank saw that it was in their hands whether to ruin a football club that had existed for 105 years or not, and that made them understand they would have to complete the deal or risk a lot of embarrassment and contempt from Crystal Palace fans.

I don’t know this for a fact, because I’m not one of the bankers, but I’m sure they came to an agreement with Steve thanks to the fans’ protest and the publicity that that created.

And so, 10 years ago today, the deal was reached in principle. On one hand, it was: ‘Oh, my God. What have we done?’ But on the other, it was saving the club we all supported, and each of us were – and still are – immensely proud of doing that.

The success from that day forward is hard to believe, really. When we took over, Palace were favourites for relegation, which we narrowly avoided in 2010/11. In our second season, ‘11/12, we were still being tipped as relegation potentials and kept ourselves afloat with only a little more breathing space. 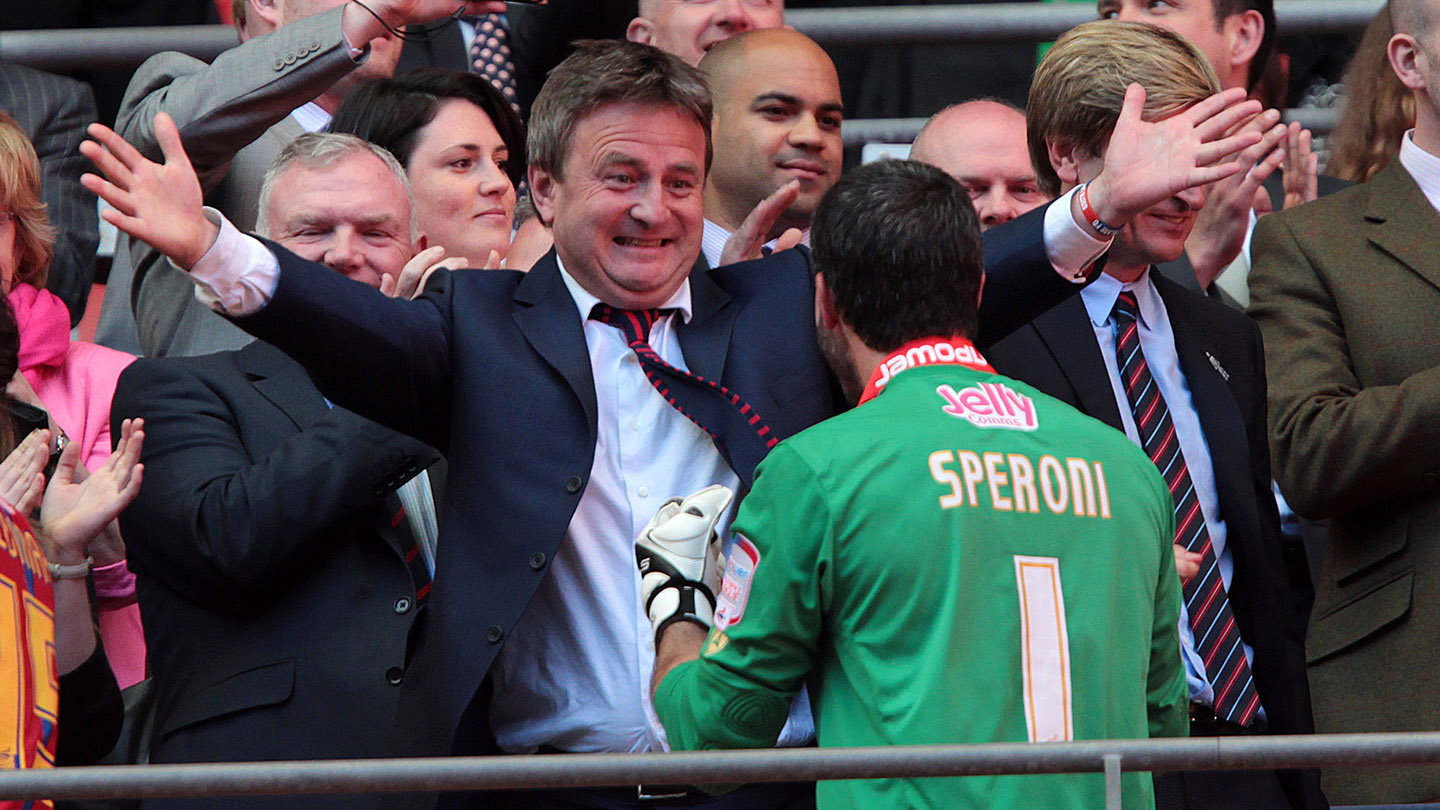 By our third season, bookmakers continued to label us as bottom- rather than top-half contenders and then, by May 2013, the four of us owners were standing on the Wembley balcony, shaking hands with a phenomenal squad who had led the club to the Premier League.

That was the most amazing day and it felt like more than a dream come true: the Premier League was something we didn’t dare dream of.

I may never have had any desire to own a football club, but I’m so glad I followed my heart in 2010 and made the decision to do my bit to help save our club.