Clint Hill became well known for his battling performances, heart-on-sleeve attitude and centrality to the team while with Crystal Palace. But there's one image that stands above the rest when thinking of the tough defender.

It comes after 90 gruelling minutes at Hillsborough: Palace have just secured their survival against Sheffield Wednesday and Hill is in the middle of hundreds of fans, caught up unawares in a bustling pitch invasion.

Speaking with Palace TV after a full replay of 'Survival Sunday' today, Hill explained just what happened in that manic curtain closer. We'll leave it to him.

"The whistle’s gone and we’re delighted. We start hugging each other. I’ve got a few friends that I’d played with in the Sheffield Wednesday team, so they’re down, they’re devastated, they’re on the floor. I’ve gone to go and see a few of them and say: ‘Listen, keep going. All the best.’

"By this time, obviously loads of fans are on the pitch. I started making my way over to the away end - which was just full, an amazing scene - thinking all the lads would be there, celebrating. I get there, there are a few fans dancing around me, looking a little bit angry and I’m thinking: ‘This could get tasty.’

"I just get to the away end, start taking my top off, my boots off, just thanking the fans for making the journey and just showing how delighted we were for doing the job. Because it was a difficult time and you have all this pressure on you throughout the year and you just want to release it. All that all came out. 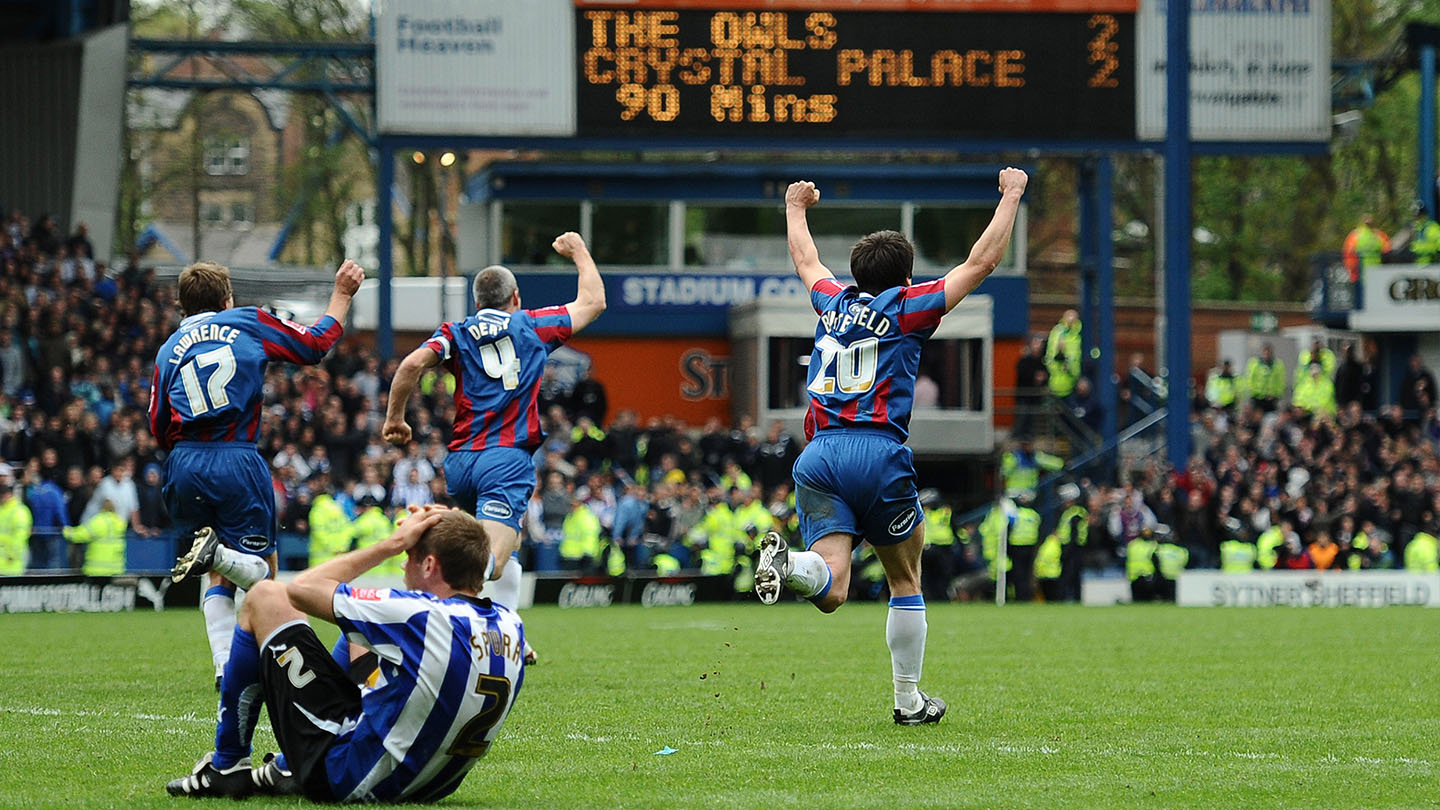 "Then a steward comes through me and says: ‘I don’t think you’ve made the right decision here, son, because we’ve got to go back through all that and into the tunnel.’ I’ve gone: ‘Oh, for God’s sake. You’re kidding me. Just me and you?’

"I’ve turned around, there’s a police cordon from one side to the other so I’m thinking: ‘the police will help me, surely they’ll help me get to the tunnel.’ But they’ve just gone: ‘You’re on your own, see you later.’ I’ve gone through and you don’t realise until you’ve seen the videos what kind of situation you put yourself in.

"I’ve got to thank the steward, because he tucked me under his arm and I don’t know how many kicks and punches he took, to be honest with you. But it was lively. It was definitely lively.

"There was a few kicks. I definitely got spat on a few times. There were a few haymakers that missed me, thankfully. But because you’re so full of elation and euphoria at getting the job done, you felt like you could take on the world. I didn’t feel any kind of panic or any sense of emergency, I just wanted to get back into the dressing room with the lads and celebrate.

"Thankfully big Claude Davis came out of the tunnel at the right time to help me in. I was always thankful when the big man comes out. Strange scenes watching it back and I had a few police interviews after it as well, trying to prosecute people, but there’s not much you can do - I didn’t know any one or any faces at the time.

"Quite a lot of fans were trying to get up the tunnel at that time, I didn’t even realise that. The police get involved, the stewards get involved and they start clubbing people. But I’m away, up the tunnel, beer in hand, and we’re singing 500 Miles.

A story befitting the man. Hear more from Clint in an eye-opening interview via Palace TV now! Either click here or 'Palace TV' within the app.

And if you missed it, the full Survival Sunday clash is still available to relive.