Hodgson: A message to Palace fans at close of 2020

As one of football and the world’s toughest years comes to a close, Roy Hodgson addresses the Crystal Palace fanbase in his own words to reflect on 12 challenging months and brighter times ahead.

This message was originally written for the matchday programme v Leicester City, which you can purchase here. It is republished below in full.

Deciding where to start one’s reflections on 2020 after such a traumatic time is complicated. Many of us have lost loved ones, most of us have endured frustration and apprehension and each of us have seen life as we know it inverted. But, at the top of this address, I shall start where I can speak with most confidence: on the pitch.

It is difficult to say how I felt when the league was suspended because we’ve become so accustomed to life in a pandemic where people talk not only about weeks and months but years. I don’t think any of us had any inkling that would be the case when this started.

At first, I thought the suspension was a very temporary setback and a sensible precautionary measure. Of course, I had no idea it was going to lead to a complete shutdown of football, let alone a shutdown of our daily lives.

It took three months before we even contemplated playing football again. 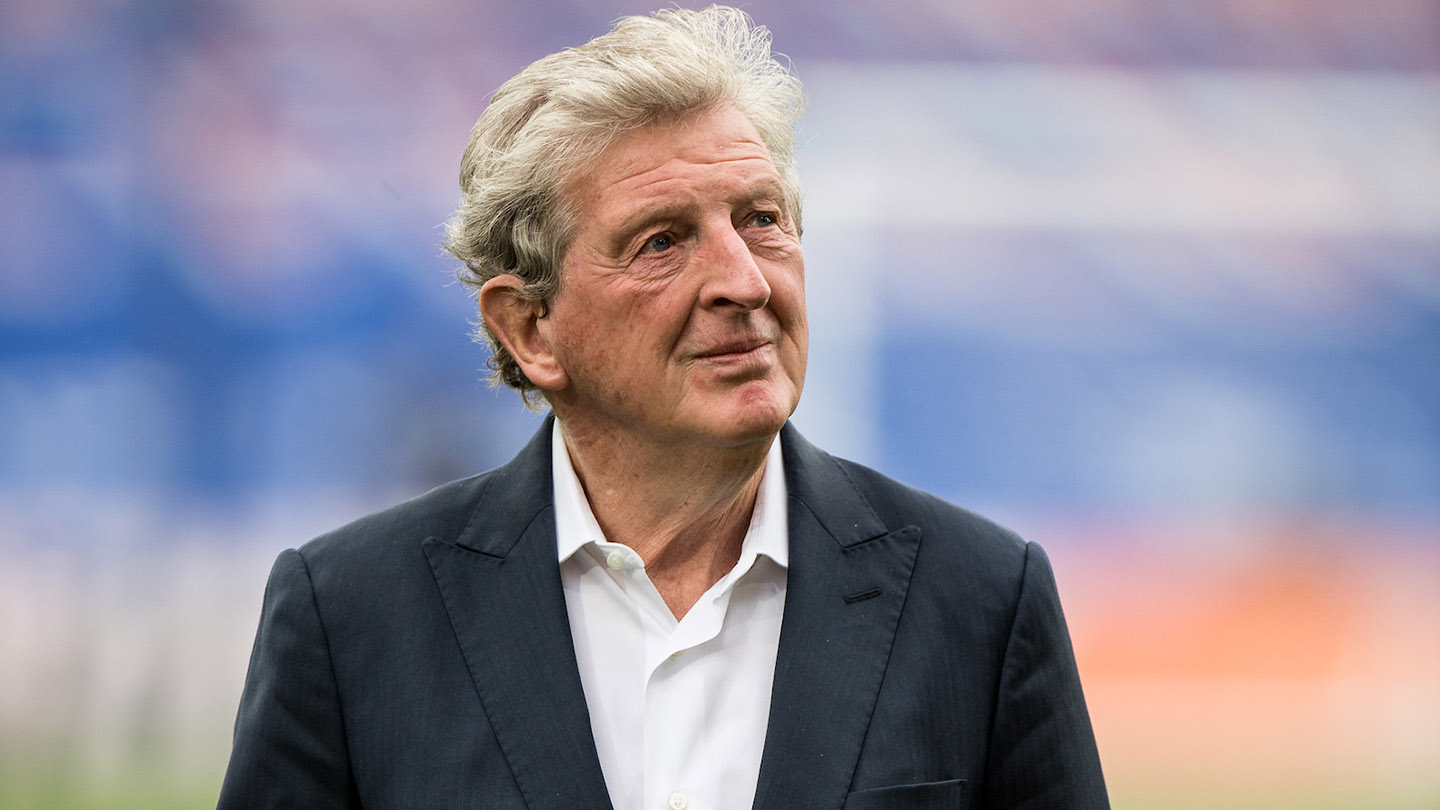 In the first few weeks back, our training sessions were held in very strange circumstances. We had small groups running up and down the field 20 metres apart; they had to bring their own ball, wipe it clean and avoid contact between balls, let alone one another.

There was no group work and no contact. It was a period I could never have envisaged and it was one nobody enjoyed.

But the players adapted well at each stage and, in my opinion, they have done so throughout the last nine months as a whole. Their patience, understanding and ability to withstand an environment which provided limited enjoyment was impressive; there was no petulance or suggestion of not putting their heart and soul into football because they weren’t enjoying it quite so much.

Getting our sport back on the map required great discipline and determination and that speaks volumes about our players.

I must also commend the staff: Dr. Zafar Iqbal and his team were very diligent and careful that we didn’t break any rules and that people were kept safe. As a result, our infection rate has been extremely low and we have avoided any training ground closure or disruption.

We returned to competitive fixtures in a strong position after a very good start to the year but lockdown was a disastrous period for us.

We had to face nine games during the course of a tremendous injury crisis and that really ruined our year. When we beat Bournemouth on our return we took ourselves over 40 points. Simply not adding enough to that left a very bitter taste in the mouth.

The period that followed Bournemouth was a strange one.

Many of our matches were against top teams and we actually put in some reasonable performances; sometimes better than we’d managed when we were winning before lockdown, but the result colours all judgement. You forget what happened in a match. You just lost. No points; another defeat.

Yet the fact is, if I look at the players in the squad and the way they performed and attempted to do things, I can’t be critical of them. Quite the reverse - I’d say they definitely gave their best but with no reward.

Returning to empty stadia in such circumstances was peculiar. After so many years in the sport, I never thought I’d see myself in that situation - but I suppose it’s one thing to add to those many experiences which football has given me.

Our ability to handle returning in such a unique manner was supported to some extent by the fact football was actually taking place again.

Most of us wanted to finish the season; for teams to be crowned champions, for promotion and relegation and for European places to be decided. I’m still glad that happened, even though it wasn’t a good time for us.

The restart in September has been like it was before we shut down. For me to judge 2020, I’ve either got to call it poor because of that nine-game run during lockdown or call it good because, if we take that spell out, it’s been a good year for us.

But 2020 is never going to go down as the most enjoyable footballing year of my life. It’s been a year which has been completely and utterly dominated by a pandemic which has brought about enormous changes to the way we do things.

In football terms, I will be very, very happy to wave goodbye to 2020 if you can tell me 2021 will be different. Tell me the vaccine will be here, people will return to normal life, shake hands and hug one another and spend time before and after games talking about football and their lives.

I should be more than happy to say goodbye to empty stadia, changing in empty concourses and having no contact with the opposition, no contact with fellow coaches after the game, doing TV interviews with a microphone that’s two metres long and later via Zoom, trying to find where people are on a screen and wondering if the sound’s going to work.

Other than those temporary measures, nothing has changed my interest in and love of football. In fact, it’s been the training sessions and daily contact with players and staff that has made this year as bearable as it possibly could be.

From the boss, to you.

Have a Merry Christmas and a Happy New Year! 🎁#CPFC | https://t.co/utMcYSlISB pic.twitter.com/d0xjhITfTC

Football is the dominant force in my life, however, and so Christmas came with no plans outside of it. December 25th is simply another date in the diary for me; it’s not an occasion per se because everything is based around the Boxing Day game.

I’ve had lots of spells abroad where it’s been very different and I’ve had, like a lot of people, time to build up to the festivities and plan actual Christmas and New Year celebrations. But that’s never happened during my time in English football.

After 12 years back in the country, my wife and I are more than happy with that. Our son can rarely join us as he lives abroad, and we don’t have living relatives close enough with whom we could spend some real time.

So for many, many years Christmas has just been my wife and I. We’re happy with that, happy with our own company, happy with the celebrations we can put on and happy of course that football can give the focus to my life that I’ve always had.

Christmas Day itself was the usual matchday-minus-one training session. These sessions are normally shorter; typically they don’t last more than an hour as you have to be very careful with the amount of work you do before the match.

Speaking for myself, going to training on Christmas morning is an enjoyable experience.

Sometimes we start a little bit earlier, there’s no traffic on the roads and then you meet the people with whom you work so closely all year. I suppose in many ways we regard ourselves as a family. It’s nice to see one another on what is of course an extremely special day. 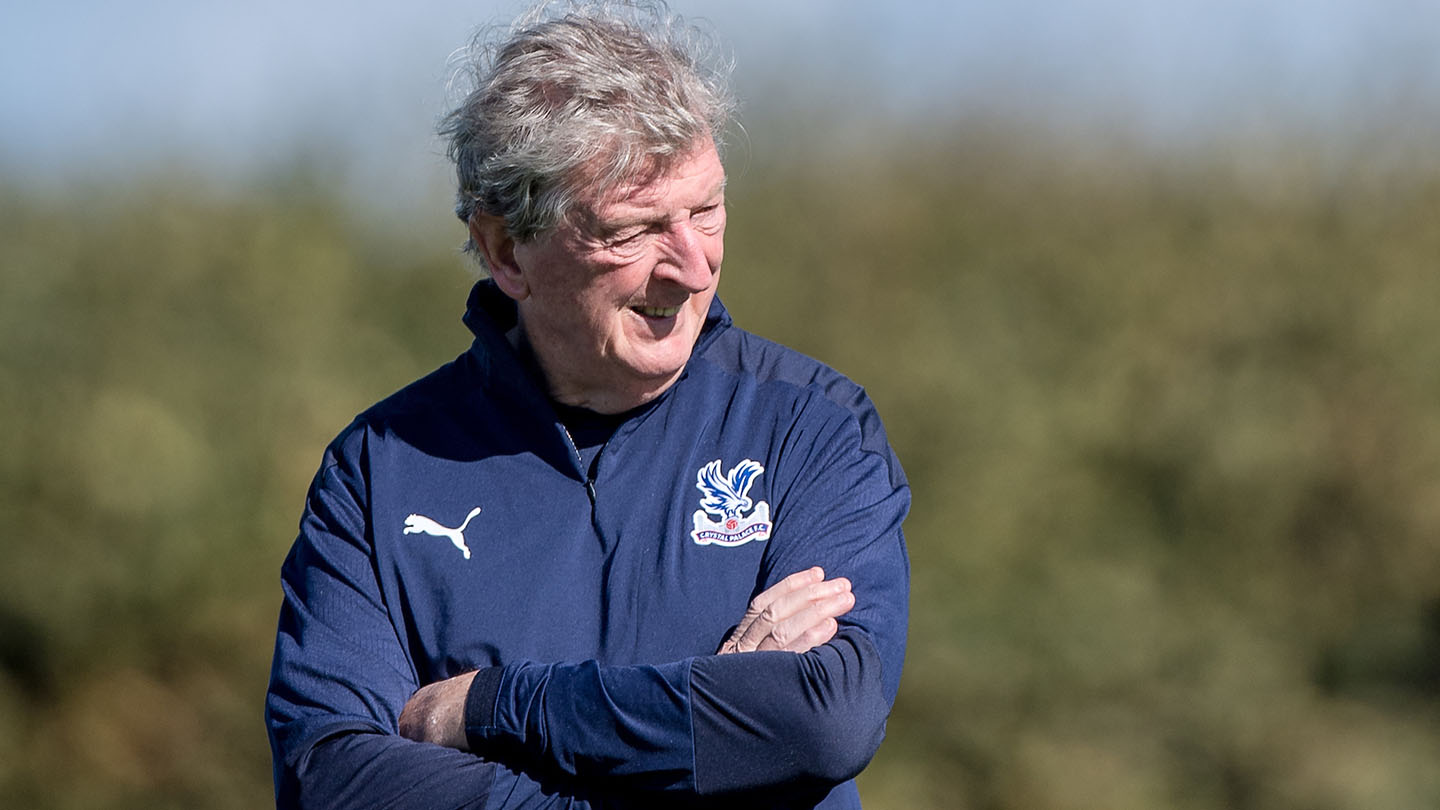 We were delighted to compete in front of our supporters again earlier this month. I can only thank each of you for your patience and your continued support in this challenging year.

Even though we are playing in empty stadia - and Selhurst Park is, again, closed for now - we know there are lots of people watching us and wishing us well. You’ve been cheering us on in person for such a long period.

The reason everybody accepts live performances are what counts is because of the emotion you can generate in a crowd of people.

If anyone just wanted to listen to a singer or band, they would be better off listening to a record where the sound quality is better than standing in a concert amongst tens of thousands.

But that’s what people like to do because they like to see live performances, they like to be there and to say: ‘When this happened, I was actually at the ground – one of the participants.’ Unfortunately when you play in empty stadiums you take that away.

We’ve felt for ourselves how much of a difference your presence makes and how much better football is for us and for you when you can be here. We’d like to thank you for your continued support and for your understanding. 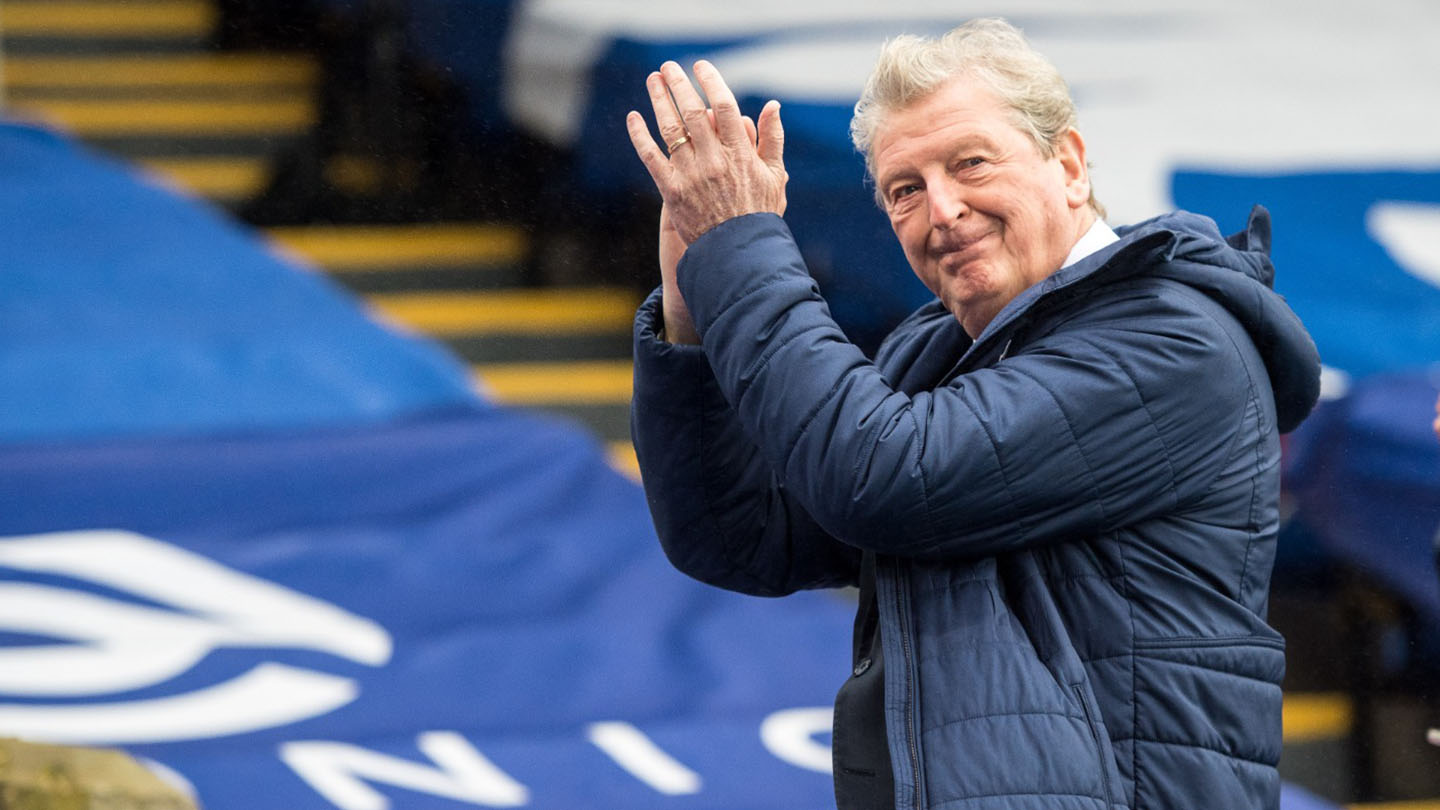 It’s easy to support teams who are winning every week, where your only concern is: ‘We’ve lost a couple of games and might finish third. We’re not going to win it this year.’ It’s not difficult to support a big team when they’re not winning the league because, even when they’re having a wretched season, they’re rarely out of the top six.

What’s more, when they’re having that wretched season and someone attacks you with ‘how can you support them?’ you say: ‘Because we’ve won so many Champions Leagues and so many titles and, yeah, we’re having a bad time at the moment but look at all we’ve done.’

It’s a lot harder when you can’t point to those historic experiences and where you know the main raison d’être for your team has got to be securing yet another season in this league.

Clubs spend £150m and still get relegated in the Premier League, so to show the staying power, resilience, fighting spirit and knowhow we have, we’ve needed our fans’ understanding. We need your support and your awareness.

We don’t so much need fanatics per se, we need supporters; people who are understanding of our situation and realise what we need to do. That asks a lot.

As Crystal Palace supporters, you can be proud of having a team which hasn’t broken the bank but, because of its spirit and its attachment to a region, produces enough results to keep the football you want to see coming every year.

I think proper supporters - and Crystal Palace supporters are, to my eye, proper football followers - know that well. But it’s easy to forget sometimes. Maintaining a sense of perspective is one of the hardest things that one can do.

Now, we have a big fight on our hands to have a good season. There will be lots of games where your support can lift us, because you’ve done that many times already. In my time at the club, there’s no doubt I’ve been indebted to the fans who’ve produced the emotion and lifeblood to pull us through on many occasions. I really hope you continue to do so.

Undoubtedly, this year has been a collective challenge. It has taken lives, altered families and friendships and recast our understanding of normality for the foreseeable future.

But we have made it this far as a club, with each and every one of you at the heart of that. I greatly look forward to everything 2021 has to bring us all at Crystal Palace and hope that together we can look towards a brighter future.

For now, stay safe, and have an enjoyable New Year.