Hodgson: 'We dreamed of a different game'

Roy Hodgson reflected on Crystal Palace's 0-0 draw with Everton this afternoon, admitting that his side were left to play a gritty, determined game and end up content with leaving Selhurst a point and clean sheet better off.

However, the Eagles manager did suggest that he had hoped for a different clash before and shortly after kick-off, one in which his team were in control of possession and saw the lion's share of chances fall their way.

He said: "We dreamed of a different game, we dreamed of a game where we'd have a lot of possession and pass the ball around them and show some of the quality that we believe we have in the team but we weren't able to do that.

"Now you might say that that's because you were playing against a very good team and they actually did pass the ball and play very well.

"I think there are games where they don't go the way you'd dreamed of them going and you have to play the game that's out there to play. The game that was out there today for us was where we dug in, we accepted it wasn't going to be one of our better days on the ball, they were going to have a situation where they were in our final third on a good number of occasions and we had to make certain our defending was as solid and as brave as it was.

"Then of course we had to rely on the fact that if they do actually get through to clear shooting opportunities - and there was one very clear one - hope your goalkeeper can get you out of trouble and that's very much what Vicente did because, had they scored that goal and won it 1-0, I couldn't really come in here and cry scandal. I'd have to say, 'well they worked hard for that goal and in the end they got it.'" 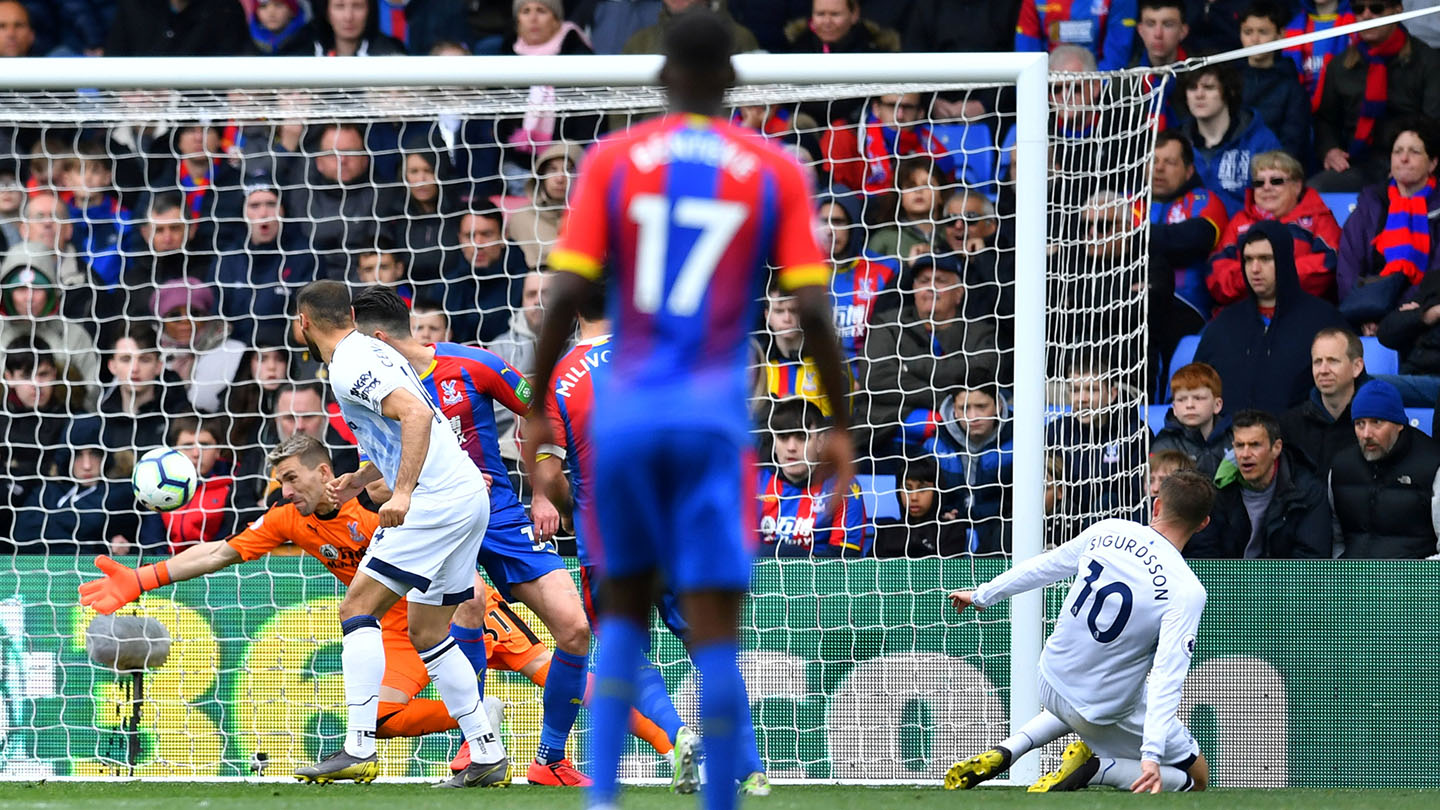 The return leg of this fixture after a 2-0 loss at Goodison Park was certainly more fruitful for Palace compared with October's clash, and Hodgson brought to light that football is an industry based on rewards, not a pleasing style of play.

He drew parallels with the last game with the Toffees and said that, hypothetically, were someone to ask him whether he'd sooner see an encouraging display with no reward or a dogged affair that yields a point, he'd opt for the latter.

In full, he explained his thinking: "What I will say is this: when we played up at Everton earlier on, we were playing well and missed a penalty to go 1-0 up. We were still looking very good for a 0-0 and playing well and I think they scored in the 87th minute for us to lose 2-0.

"So if you asked me, 'what do you prefer? Do you prefer the fact that that day in the press conference, people were telling you: 'very unlucky today, you did well and didn't deserve this, you deserved more' or today when I'm sure people will tell me, 'you were a bit lucky today because your team didn't play anywhere near what it could do and you got away with not conceding', I'll take today every time because that's what football is.

"As a team, in terms of our attitude, our determination and ability even to stay in the game at difficult times, I'm satisfied with that."

For more post-match reaction from Hodgson and his players, head over to Palace TV either by clicking here or 'Palace TV' in the app.