Jim Piddock is an actor, writer and producer who moved to the US in 1981 initially to pursue his acting career, appearing in blockbusters such as 'Independence Day' and 'Lethal Weapon 2'.

He most recently starred as Father Stack in 'The Haunting of Bly Manor' - Netflix’s No.1 show in October, and is currently writing a comedy series for ABC Television.

Piddock’s first Palace match was in 1969: an FA Cup tie at the Valley which ended in a 0-0 draw. It was the only game he attended with his father, who hated crowds. His next clash, his first at Selhurst Park, was also a goalless draw against Middlesbrough.

Here, Piddock reminisces with Richard Foster about a varied quartet of games against Leeds United.

"I was barely in my teens," Piddock says. "I was right behind the goal. It was the 90th-minute, we were 1-0 down and John Sewell put a hopeful lob in and it was a routine catch for Gary Sprake, anyone could have done it, but for some reason he fumbled it into his own net and we all went crazy. It was general disbelief, considering Sprake was the Wales international 'keeper."

This was one of only six goals Sewell scored over his eight years and 231 Palace appearances, most of which were penalties. Like Piddock, Sewell - aka ‘The Duke’ because of his sartorial elegance - moved to the US towards the end of his playing career and is still there aged 84. "He ran a tea shop in California," Piddock recalls.

"We were in Division Three and they were riding high in Division One, so we were huge underdogs. To come away with a 1-0 win thanks to Dave Swindlehurst’s goal was extraordinary.

"Having just scraped past non-league Scarborough 2-1 the round before, to be drawn away against Leeds, who were then a formidable side [Division One champions in 1974 and European Cup finalists in 1975] we just felt: 'Oh well, the cup run’s over.'

"Out of the blue, we won and then went on that incredible run all the way to the semi-final with Malcolm Allison." 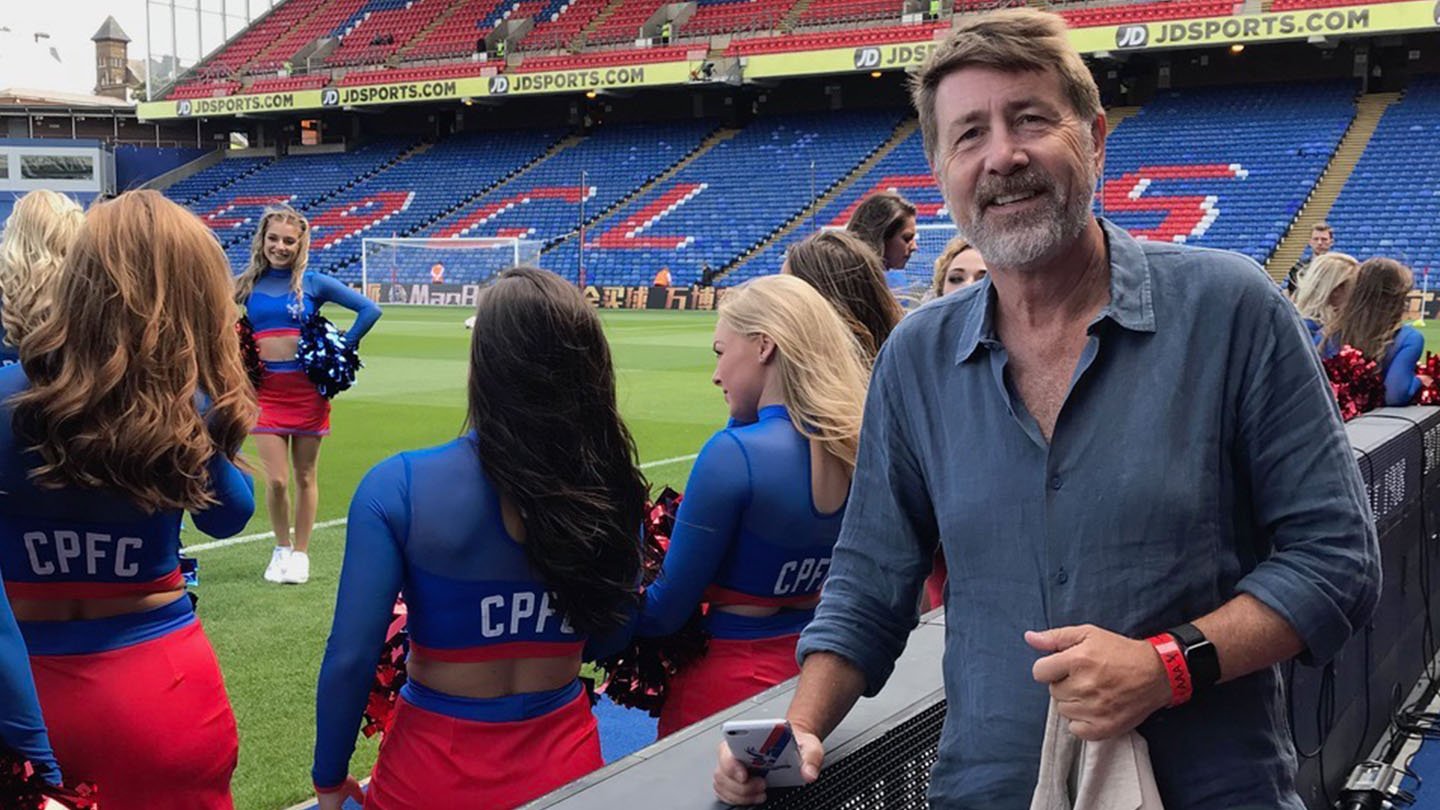 "This was the Tomas Brolin game," Piddock recalls. "I was in the upper tier of the Holmesdale with my nephew and we just spent most of the game laughing. It all happened in the first 15 minutes and after that the game was dead. Brolin had a head injury and just disappeared.

"We went a goal down and he came back on, with what could only be described as a comedy First World War bandage. He ran on clearly not knowing we were losing and we promptly went two down.

"His first touch of the ball, someone wellied it straight into his face and knocked his bandage off! He was playing against his old club so the Leeds fans were on his back and Palace fans were too, but we were laughing."

"We had lost our first three games of the 2012/13 season and Dougie Freedman was under pressure. We just brought in [Yannick] Bolasie, [Damien] Delaney and [Andre] Moritz. The next game was at home to Sheffield Wednesday and I was invited by Stephen Browett to have lunch in the boardroom.

"We ended up winning the game with a late Glenn Murray goal so everyone immediately identified me as the lucky charm. So I was invited to every game thereafter in the boardroom, as well as away games and subsequently we went on a 14-match unbeaten run!

"I finished shooting in late November," Piddock continues. "I had to fly back to LA on the day we were playing Leeds away. Everyone was joking that we would lose now and we did. When I got off the plane, I had all these messages from both Steves, Browett and Parish, basically saying: 'Get back on the plane, you *******,' because we lost! I took full responsibility."

READ NEXT: BAFTA-winning director on the day he left Sharon Osbourne to celebrate Palace