When Richard Melik and his seven-year-old son sat down with sheets of paper and a handful of crayons in October last year, they didn’t realise they’d inspired the process behind designing Crystal Palace’s kits for the following season.

Instead, Richard, a Palace fan of 50 years and designer of 20, was simply passing time with a son who “loves coming to Palace and is very keen on drawing and art.”

Richard began his career in design straight out of college, starting life at a London company which worked with clients such as Royal Mail and British Telecom. After 20 years working in design, he eventually changed career paths to supply footballers such as Joel Ward and members of the Liverpool squad with virtual cycling training.

But design remained a passion, and so too did Crystal Palace, who Bromley-born Richard has supported for most of his life.

“I’ve got a photo of me aged about five in the Palace kit of that day [below, far right],” Richard says, “which was a sort of claret and blue striped kit. 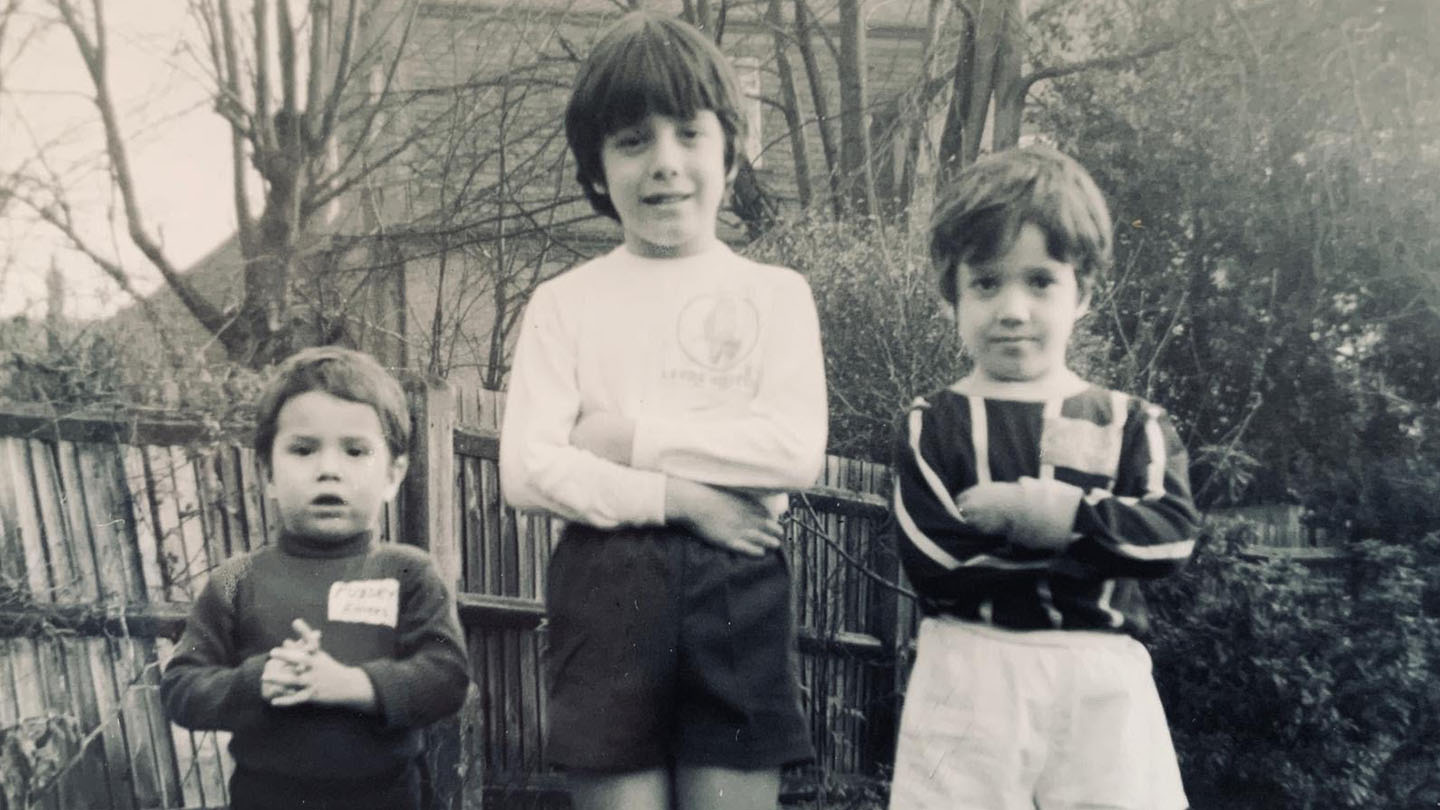 “I can vividly remember getting that kit and just the excitement every year of a new kit coming out. I’ve always enjoyed the process of new kits coming out.”

And so, 10 years after leaving the design industry, Richard sat at his home computer with a stack of crayon-covered paper and twin sons, Noah and Leo, in bed.

“We [Richard and son Noah] probably designed 12 different kits – some crazy, some quite cool. Then once Noah was in bed, I thought I’d put my old skills to work, get on the computer and mock some of these up as proper kits as a surprise for him in the morning. As I got doing it, I found I was really enjoying it and took it a stage further, designing some myself.”

There’s a pregnant pause as Richard closely considers his response to the question: ‘Did your seven-year-old son design Crystal Palace’s kits?’

“Let’s call it a joint effort,” he says diplomatically and with a laugh. “Honestly, I think it was one I did that evening… but frankly, I would never have done it had it not been for sitting down with him to design some kits.”

Having produced a range of home, away and third strips for Palace, Richard shared his creations on the Instagram account @PalaceKit. For one set in particular, he thought: ‘Do you know what? I think that’s a cool design.’

So he tagged the club and Chairman Steve Parish and, 10 days later, noticed a Direct Message waiting to be read.

“I got a message from Steve asking if I’d mind if Palace used the kit designs,” Richard recalls. “I remember staring at the message, thinking: ‘Is this one of my friends playing a practical joke?’ Of course, I replied and said I’d be absolutely honoured and it progressed from there.

“With all the design work I’ve done over the years, this is the pinnacle of my career. I can’t imagine designing anything that would give me as much pleasure.

“From there, Steve introduced me to Mike [Pink, Head of Consumer Sales] and I’ve dealt with Mike ever since… He kept me updated throughout.

“[In March] I saw Steve and he took me into his office to see the shirt samples; I then took one of my sons up to meet him in the boardroom. It’s been a really fascinating process.”

Earlier this month, Crystal Palace launched Richard’s designs for their home, away and third kits for the 2020/21 season. His creation, inspired by a seven-year-old son, has come to life.

“I always tried not to get too excited until I’ve actually seen it happen,” he says. “It’s hard to believe. But it’s really, really exciting and the kids have been so excited. I keep telling them they have to keep it a secret.

“And I’ve got to say, it’s been very hard keeping it to myself for nine or 10 months too!”

Thankfully, Richard, or young Noah and Leo, no longer have to.

And nor do we - check out each of the kits in the galleries below! To pre-order yours now, please click here.