As Tier 4 and changed coronavirus restrictions instigate a tougher Christmas across the country, Boxing Day football offers something to look forward to and, as Palace travel to face Aston Villa, we look back on the Eagles’ last Christmas clash with the Villans, a memorable triumph in 2013.

Palace managed a late 1-0 win at Villa Park, with Dwight Gayle bagging the solitary goal, moving Palace out of the relegation places for the first time since August with their fifth win of the season.

Originally named on the bench, Gayle proved himself after being substituted for Cameron Jerome in the 72nd-minute. Despite Gayle collecting a booking, new manager Tony Pulis’ substitution paid dividends after 20 minutes.

Gayle’s winner came in the 92nd minute as he cut in from the left and struck a screamer into the goal’s top right corner. Post-match, Pulis said: “It was a fantastic strike by Dwight. He can do that and there was no one more pleased than myself to see it go in.”

Having joined Palace in 2013, Gayle proved to be a pivotal player in the club’s season since returning to the top-flight. That campaign’s top scorer with seven league goals, he netted 18 times in his spell with the Eagles before joining Newcastle United in 2016.

Playing a total of 46 games with Palace, Gayle became instrumental for finishing adeptly and scoring direct free-kicks. He flaunted his ability when he scored both of the Eagles’ goals against Stoke City at the end of 15/16.

His first goal against the Potters was executed thanks to Yannick Bolasie’s help and his second came through a free-kick. 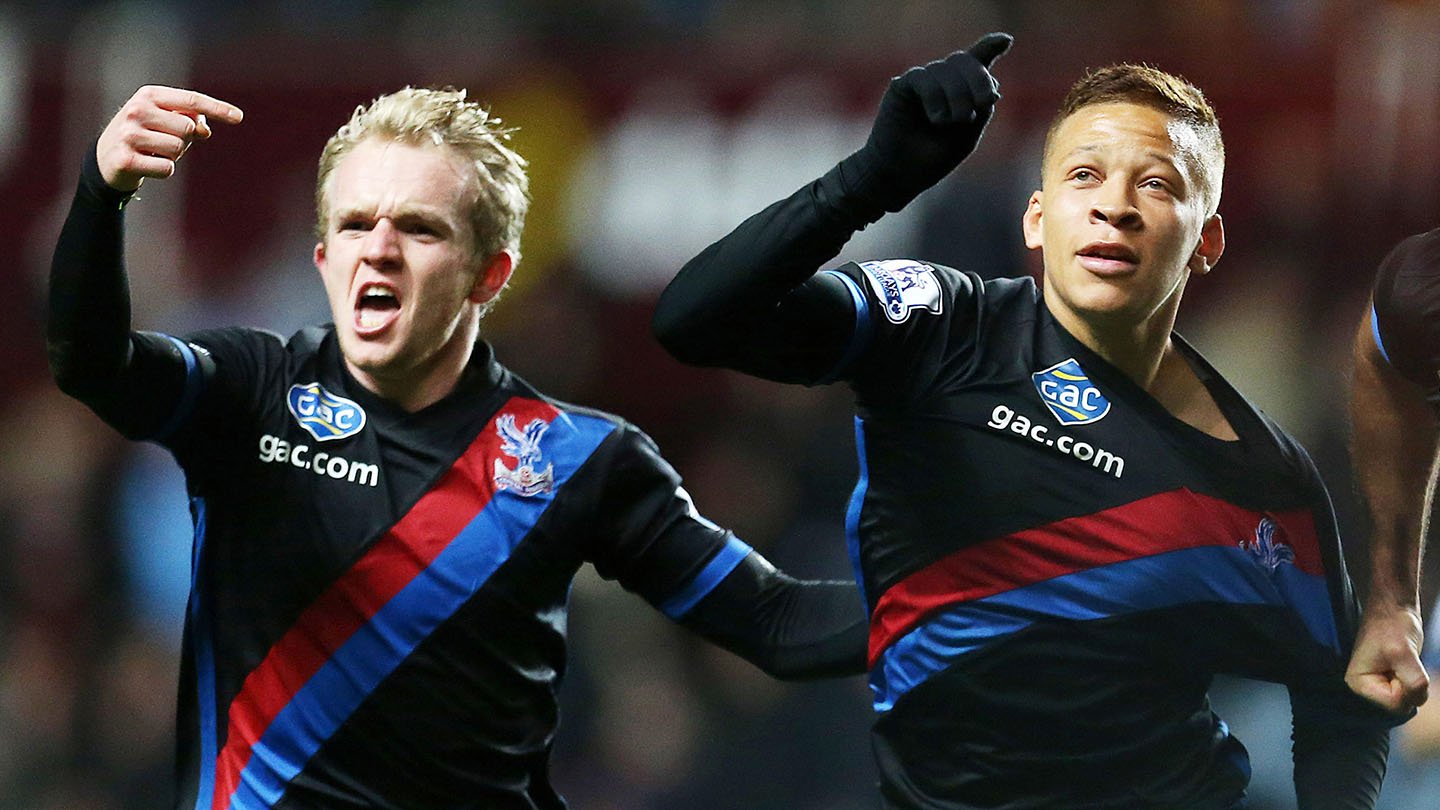 Last-minute victories always lift the adrenaline within both players and supporters.

Incidentally, another match which exemplifies Palace’s ability to succeed in the final seconds again comes on December 26th, this time against West Ham United. Jordan Ayew, assisted by Connor Wickham, famously struck home a right-footed shot from the centre of the box after dancing through the defence in the 90th-minute.

His Goal of the Season effort came after Cheikhou Kouyate effortlessly volleyed home to cancel out the Hammers’ opener and spark Palace’s path to their success. After that result the Eagles moved up to ninth in the Premier League. Quite the contrast from six years before.

READ NEXT: How Palace perform at the busiest time: analysing historic results in December