How drinking with Delaney and Matt Lawrence inspired The Inbetweeners’ creator

When Iain Morris stepped onto a plane bound for Los Angeles, he wasn’t expecting to meet a professional footballer, and he certainly wasn’t expecting inspiration for a BBC sitcom 10 years down the line.

“There was a seat next to me, so I thought: ‘Great, I’m going to get two spare,’” Morris says, talking after the release of The First Team, BBC Two’s latest comedy - the first co-created by writers Morris and Damon Beesley since E4’s generation-defining hit, The Inbetweeners.

“Then suddenly, last minute, this very tall, tattooed guy came and sat next to me with his knees right in the back of the seat in front. I could see he was quite uncomfortable and he turned to me and went: ‘How long is this flight, mate? About eight hours?’ I said: ‘Well, it’s 11-and-a-half,’ and he was like: ‘Ah, f****** hell.’”

Morris, born in Woking, Surrey, remains an ardent Queens Park Rangers fan despite living in LA with his wife and children. When working or visiting in England, he has a Season Ticket for Loftus Road - “one of the great joys of my life” - and, when out of the country, receives written match reports from a father who “absolutely loves it.” 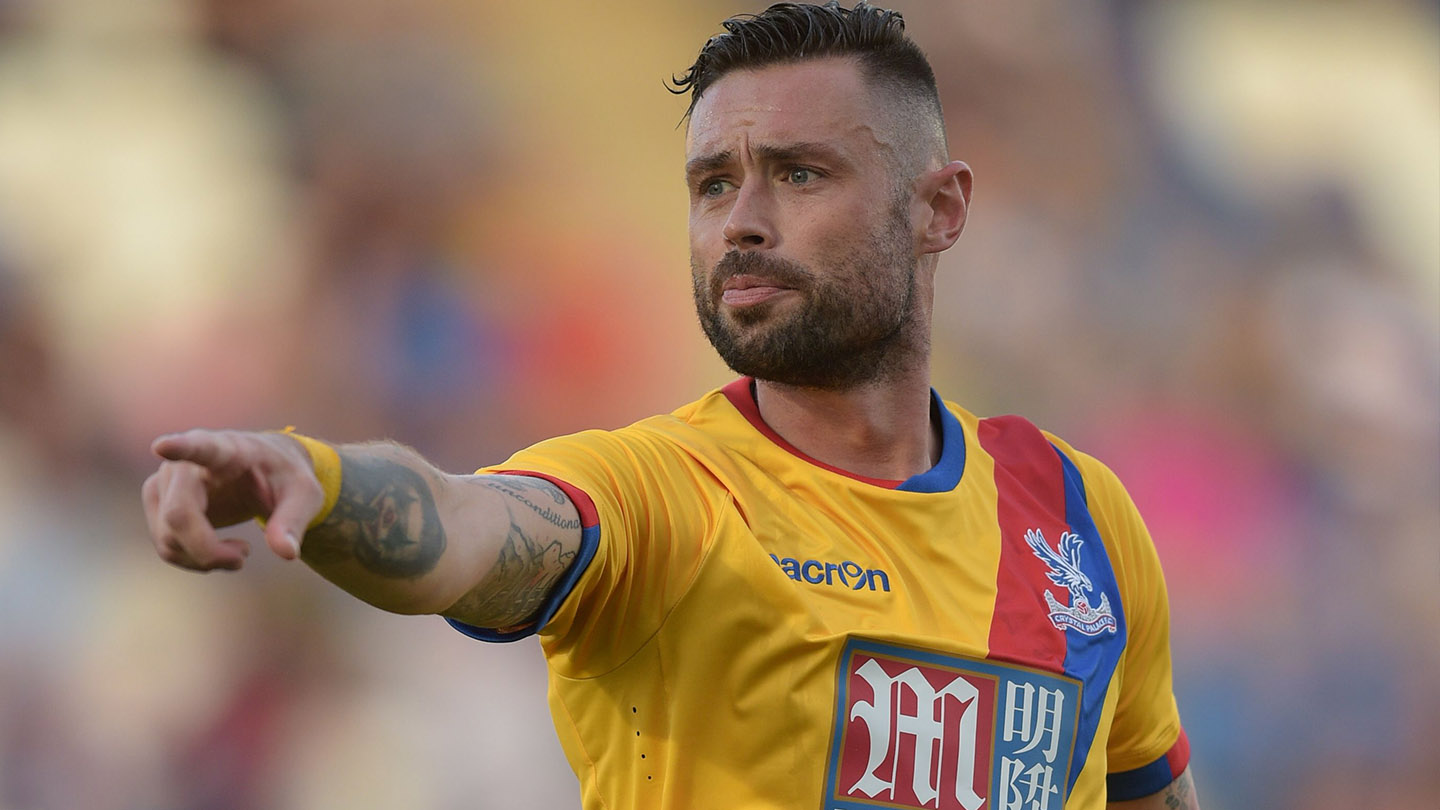 Morris’ chance encounter with Delaney came as the centre-back entered his prime at QPR, and inadvertently set about sparking the writer’s latest series, The First Team, which focuses on a group of peripheral young footballers at a fictional Premier League club.

“I didn’t recognise him - I felt mortified,” Morris continues. “We had a fantastic chat on the flight. I never drink on long flights because it affects my jet lag, but he was like: ‘Oh, come on, have a couple of beers.’ We ended up having quite a few...

“We’d just finished the second series of The Inbetweeners - he’d heard of the show and liked it, which was nice. I found him so interesting and clever and his world was one I’d never thought of.

“I’d watched so much football for [David Baddiel and Frank Skinner show] Fantasy Football League and spoken to a few ex-pros, so I thought I knew what it was. But I didn’t at all. I wasn’t even close.” 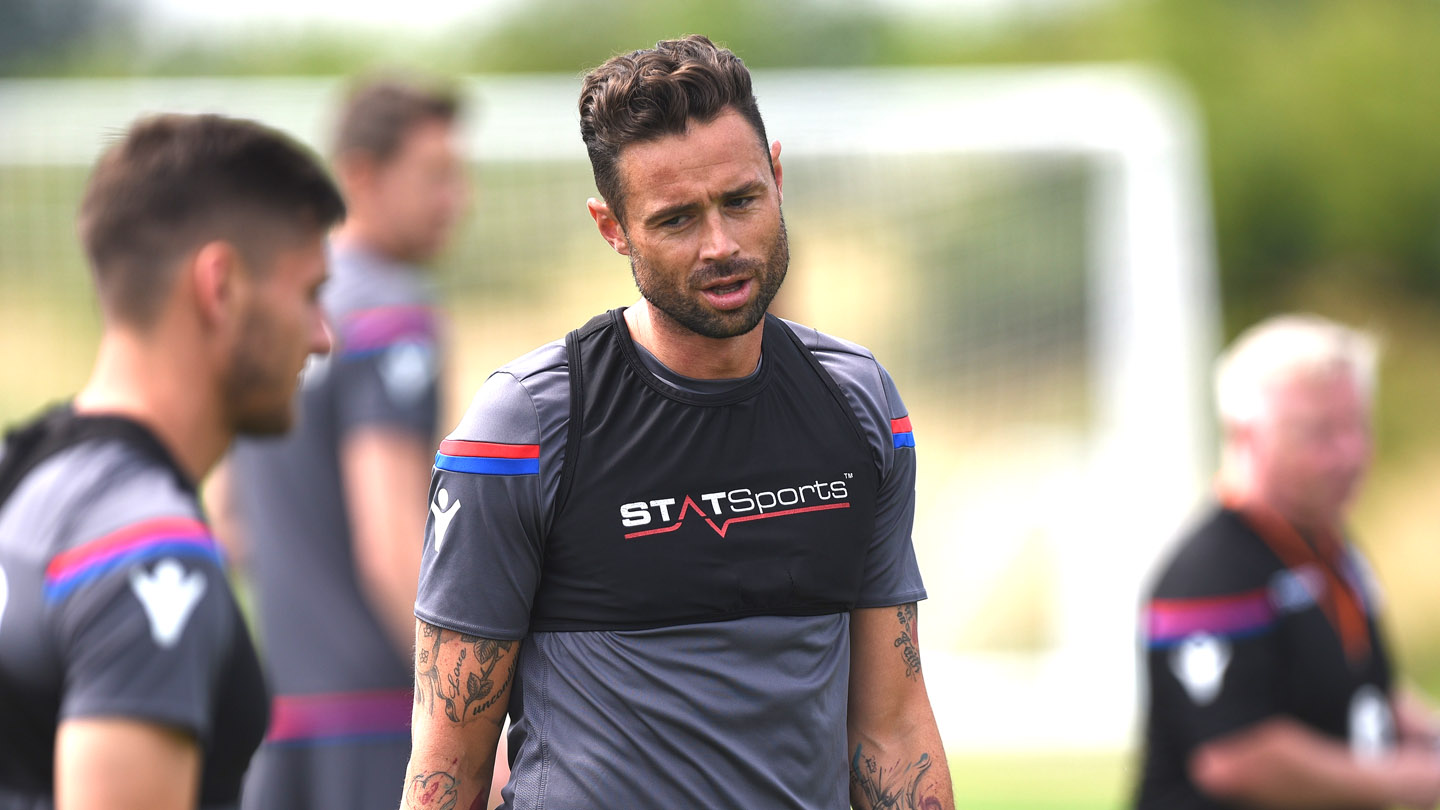 At home in LA, Morris gets up early on Saturdays for his shift with the children. “All the 3pm games are on at 7am [in LA]," he says. "The 5:30pm is 9:30am. So most mornings on a Saturday is just watching football in our house… It’s a solid five hours of just sitting him [Morris’ son] in front of it.

“Every Saturday morning, straight down, TV on. I love it... [One year] I was watching the Premier League and there was Damien Delaney, throwing his body in the way for Crystal Palace! I thought it was amazing… It was really nice to see somebody who was so nice doing quite well.

“He was such a nice bloke, so clever, and so interesting... He was genuinely inspiring and I thought: ‘There’s definitely something to be written here about footballers.’”

Morris spoke with co-writer Beasley before the pair were sidetracked by a third Inbetweeners series, and subsequent two films. After creating their own work separately, the pair - who, in Morris’ words, are “lazy and quite slow” - finally reunited to get “the football thing” on air.

Thanks so much, remember the flight well😇😇😇 I'm delighted to have helped in any way... really looking forward to seeing the show. Congratulations. @iainkevanmorris https://t.co/NjHg1lBZ2U

“In The Inbetweeners, a lot of it was about male insecurity, so we thought there might be something in that. Obviously, The First Team is intended to be a comedy and make you laugh - it’s not a comedy drama. But the idea was - there’s always comedy in people feeling insecure.”

It’s telling that much of Morris’ inspiration for The First Team came from a real-life footballer, with parts of the show’s script seemingly tackling the sport's realities, albeit in an accessible and light-hearted fashion.

But there’s more to it than just Delaney’s involvement, with Morris working alongside other professionals to test and check potential storylines.

“When we made the [Inbetweeners] film, Mike Skinner from The Streets did the music. His manager, Tim Vigon, is a big football fan. He’s Man United, but apart from that he knows what he’s talking about. I mentioned this football thing to him and he said: ‘You should meet my friend, Matty. He played professionally and he’d be really interesting.’”

‘Matty’, it transpires, was none other than former Eagle, Matt Lawrence. 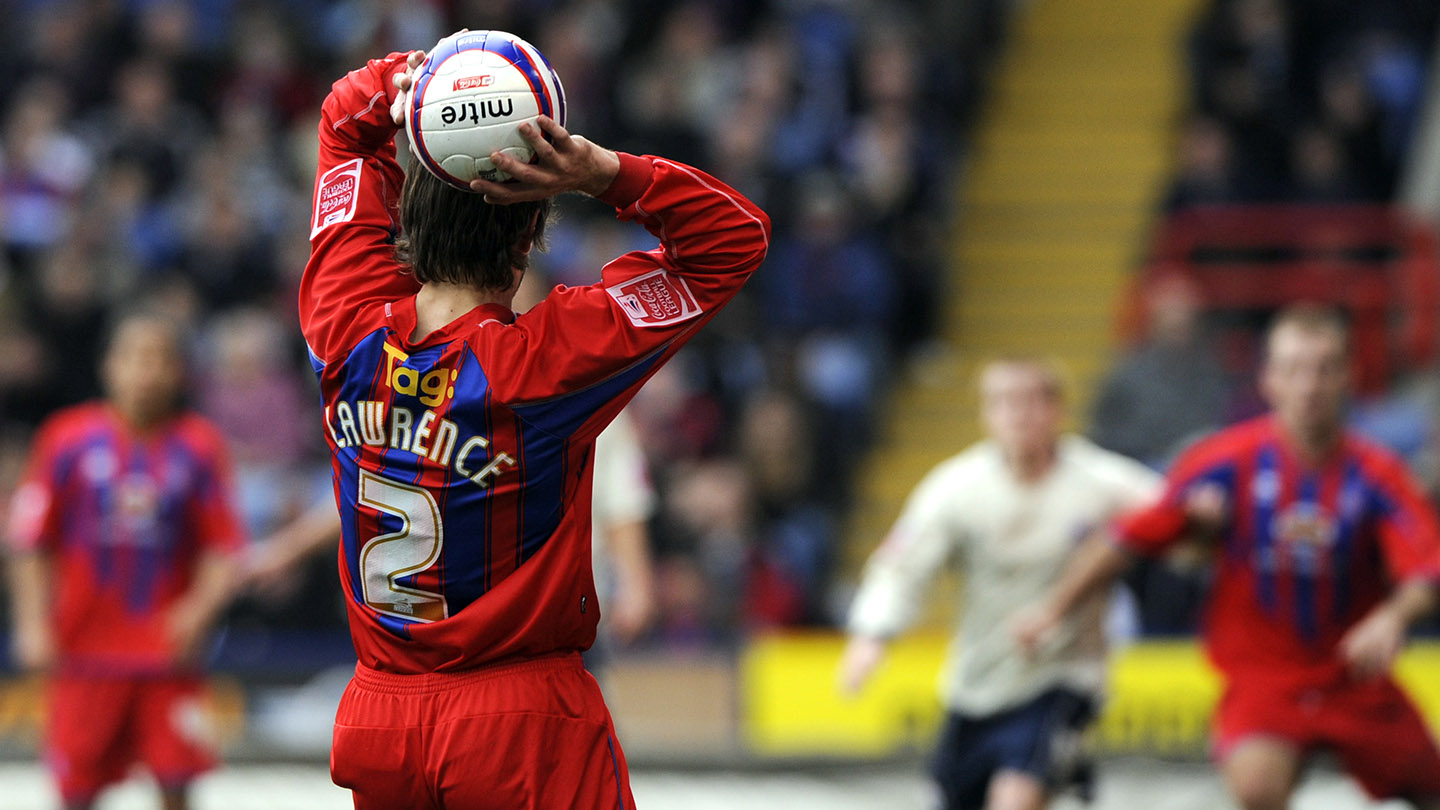 “I went out and had a very drunken dinner with Matty Lawrence after the first Inbetweeners film,” Morris explains. “I had a very long chat with him about it all and what I’d gleaned from talking with Damien. He confirmed a lot of it and helped me through.

“Two years ago now - Christ, two years - we thought we’d do it more seriously. We got back in touch with Matty, met up once in Nashville and a couple more times elsewhere. We picked his brains, went through it all and ran storylines by him - he was incredibly helpful.

“He gave us a huge rundown on everything, spilt all the beans on his career and everyone he worked with. I’ve got so many stories, it’s brilliant. It’s like I’m sitting on them all! We spoke to a lot of people off the record… It’s been fascinating.”

But Morris’ Palace connections don’t end there, and we push him to find out who from The First Team’s cast support the south Londoners.

“Jake [Short, who plays Mattie in the series] is an American, so he just likes sport,” Morris says, confirming there are no Eagles on-set. “I think I’m managing to sway him to QPR, a team he’d never heard of.

“But you’ve got a pretty good ratio on The Inbetweeners.”

He’s right, with James Buckley and Simon Bird, who play characters Jay and Will respectively, both publicly expressing their Palace fandom.

And with Blake Harrison (Neil) a Millwall fan and Joe Thomas (Simon) being “‘a fan of the game,’” surely football crossed into filming for The Inbetweeners?

“We did used to talk football,” Morris says. “We’ve got a WhatsApp group and we occasionally talk football in that. Joe Thomas plays more football than anybody I’ve met.

“But we didn’t have that competition between us. I went down to the Den the season before last for an away game and I was texting Blake then. I think it was 0-0. I knew both Simon and James were big Palace fans.” 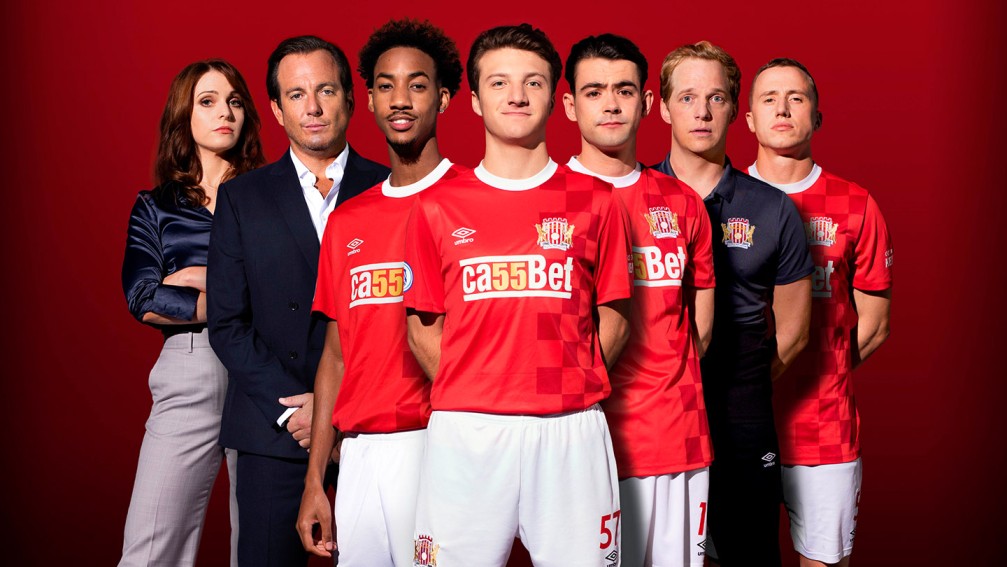 We push Iain - it’s a rare opportunity, after all, for a tragically Inbetweeners-keen interviewer - for further Palace links. Perhaps one of the actors tried to slip a Palace shirt into shot?

Of course, though, television isn’t that laid back, and everything helps build a character.

Morris offers a football-spun insight into the detailed thoughts of the show’s creator: “[In The Inbetweeners,] Jay’s football shirts are: Barcelona, Brazil and Man United. Who would support three teams?

“Ten or 12 years ago, they were the three teams you’d support if you were just a total glory-hunter. That was the whole thing about Jay’s character. Brazil, Barcelona, Man United, and weirdly he had that old England top in the film - which actually looked really cool.

“But he was never going to be [a Palace fan] - I don’t think he’d ever have actually heard of Palace, Jay.”

The First Team is available to watch now in full via BBC iPlayer.