At Fulham in the mid-1980s, three men called Ray began carving out tactics in the design of a team set for 2020. Their forward-thinking approach would see them fly up the league and set a precedent that every football manager and tactics hipster would fuss over 35 years later.

Between their role pioneering new structures in football and today, two of the three Rays came to Palace and left memorable impacts in the history of the club. They are, of course, Ray Houghton and Ray Lewington.

Aged 20 in 1982, Houghton arrived as a fresh-faced Scotsman joining a talented Fulham team which had just secured its return to the second tier of the English pyramid. He didn’t cost the Cottagers a penny and had a lot to prove alongside a roster of high class teammates.

Ray Lewington, then 25, signed for the Whites just two years before and, 35 years later, Houghton’s arrival remains fresh in his mind.

“They got Ray [Houghton] in - Ray must be the best free transfer ever in the history of the game. We couldn’t actually believe it, as a team, when this lad was signed from West Ham and joined us pre-season.

“We’re thinking: ‘He’s looking good at the moment but wait ‘til he slows down a little bit and the newness of it wears off.’ But it never wore off. We had a quality little player on a free transfer - amazing.” 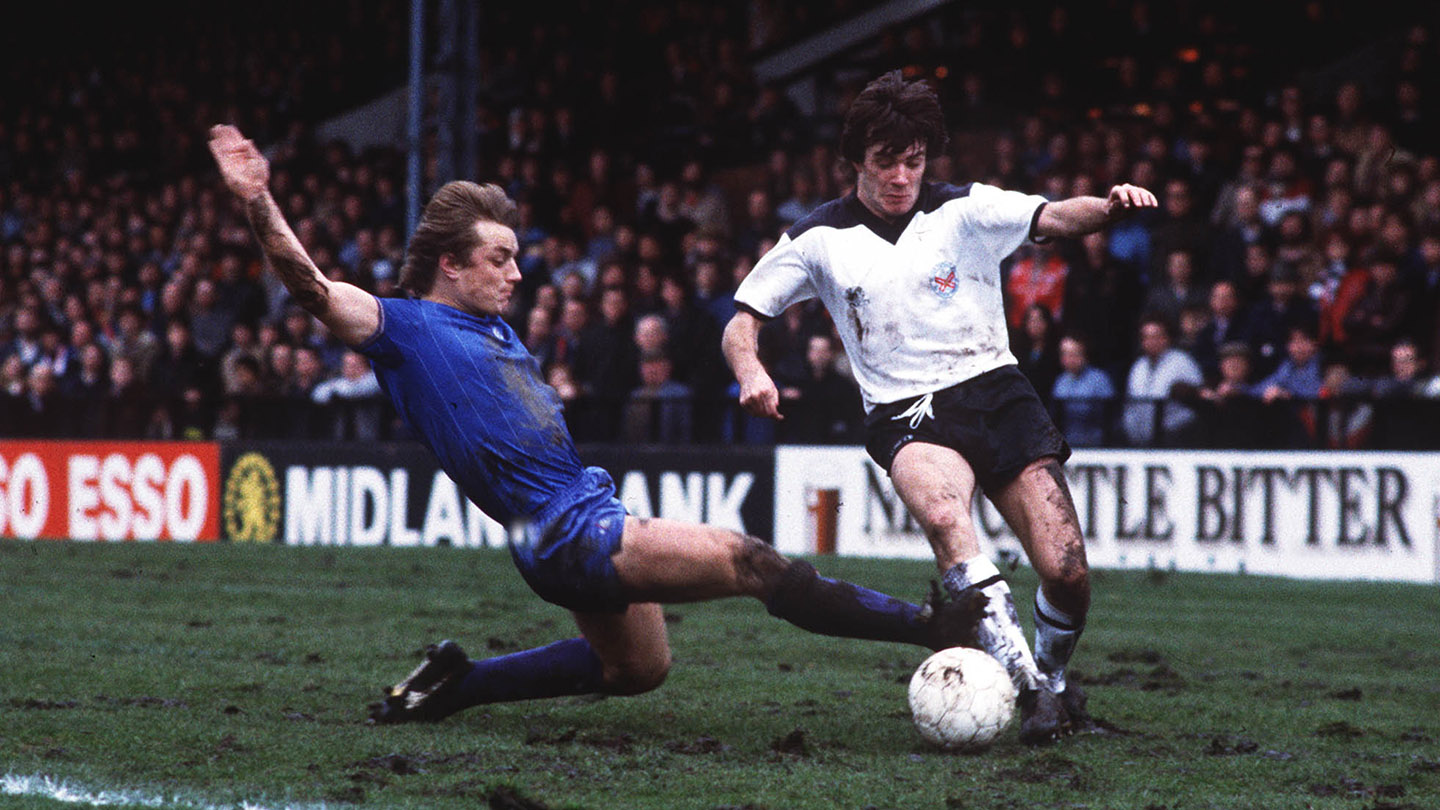 What Houghton had joined was more than just a talented squad with experienced, exciting footballers, however. Instead he’d become the final cog in a forward-thinking system designed by Fulham’s assistant coach, Ray Harford. We’ll stick to surnames from now on.

Lewington explains: “We’re talking about an age when every team played the same way. It was 4-4-2 and the makeup of virtually every side was the same. You had two central midfield players, one used to sit and one used to run forward.

“You had wingers on either side, two centre forwards - one big, one small usually - and a back four... In those days everyone was rigid, 4-4-2. So anyone who did anything different, immediately it was a problem for the opposition.”

“I remember sitting in Ireland for a testimonial game,” Houghton recalls, “we were sitting down having a drink and it was a really good discussion. Ray Harford, who was a very innovative coach, said: ‘I think we started the first diamond in midfield.’” 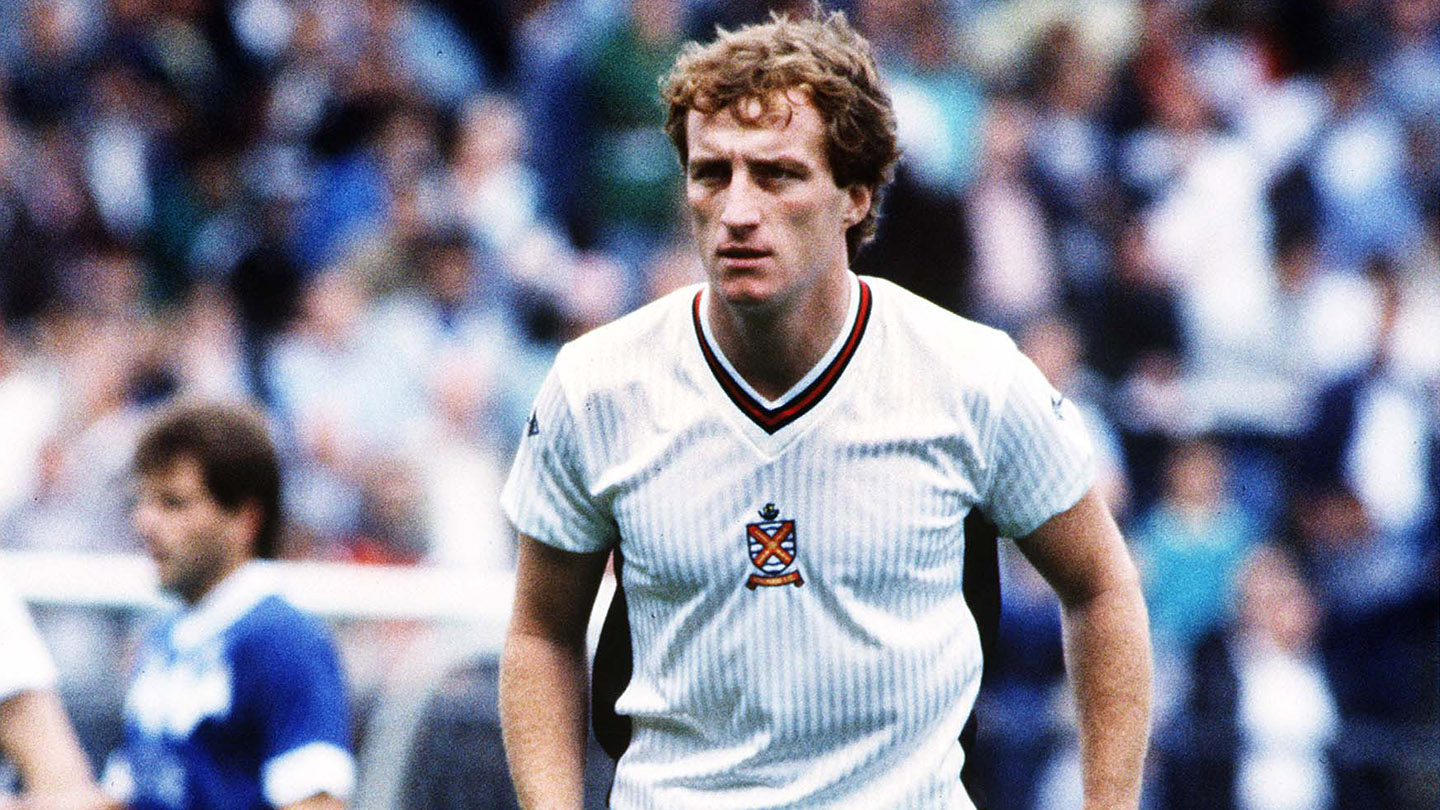 “Harford decided to pull this player, Robert Wilson, out of the reserves,” continues Lewington. “Ray Harford devised this system where Houghton played on the left, Sean O’Driscoll on the right, I sat in the middle of those two and Robert Wilson played just behind the forwards.

“The diamond shape was formed again. I played it with Chelsea [years earlier] and then it was reformed in an age when everyone was playing 4-4-2. What it did for us, was it highlighted everyone’s strengths. It suited us down to the ground: no one was out of position.

“The opposition could never figure out what to do with Robert Wilson - who played behind the forwards. In those days, if you had one [player] that was actually going to take care of Rob, it left a great big space where Ray Houghton and Sean O’Driscoll operated. It was the system made in heaven for us.”

Houghton reflects further on his realisation over a drink in Ireland. “Ray Harford was right,” he says, “it was as close to a diamond as you would have ever seen.” 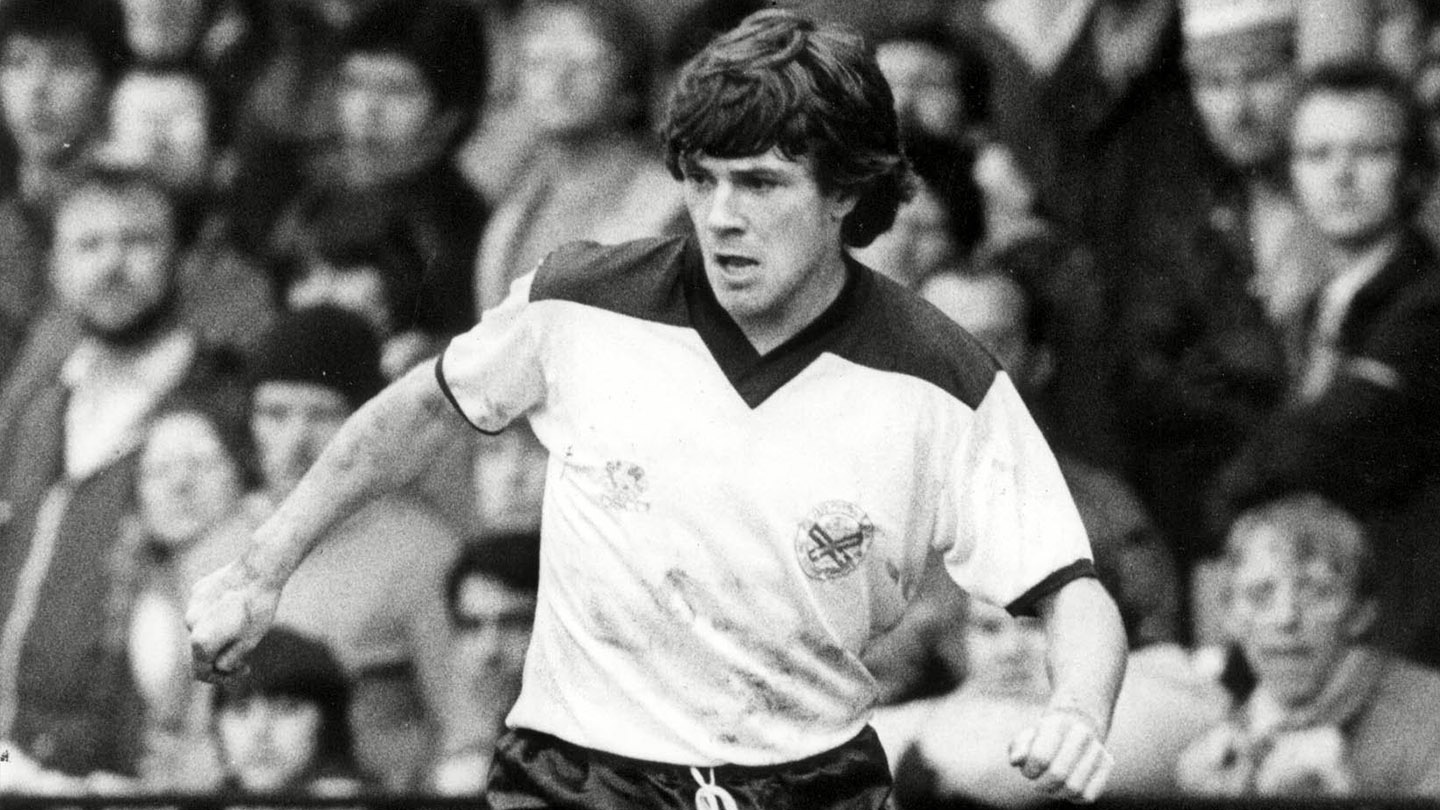 “I think two things,” he muses. “One is that if we played in the traditional [flat midfield] four, it wouldn’t have suited Houghton, because Houghton would have been stuck out on the left-wing and clearly he’s not a left-winger. And it wouldn’t have suited Sean O’Driscoll. Both were runners with the ball but they weren’t Wilfs [Zaha], comparing with Crystal Palace.

“I suppose the nearest thing we’ve got is Jordan [Ayew] in his right-hand-side role, where he plays inside. If you take it that I was the central one: I sat in the middle. I played in front like Luka [Milivojevic]. In front of me, the two boys, Houghton and Sean O’Driscoll would come in, so virtually they were 15 yards apart - they weren’t wide, they weren’t wingers.

“Our width came from our full-backs.”

That role, the full-back, has become a buzzword in 21st century football. Listen in on any pre-match pub chat and you’ll hear people picking apart ‘the significance of full-backs in the modern game.’

But when Harford, Houghton and Lewington were in action, it was 1982. There weren’t even micropubs to discuss the full-back’s impact in. 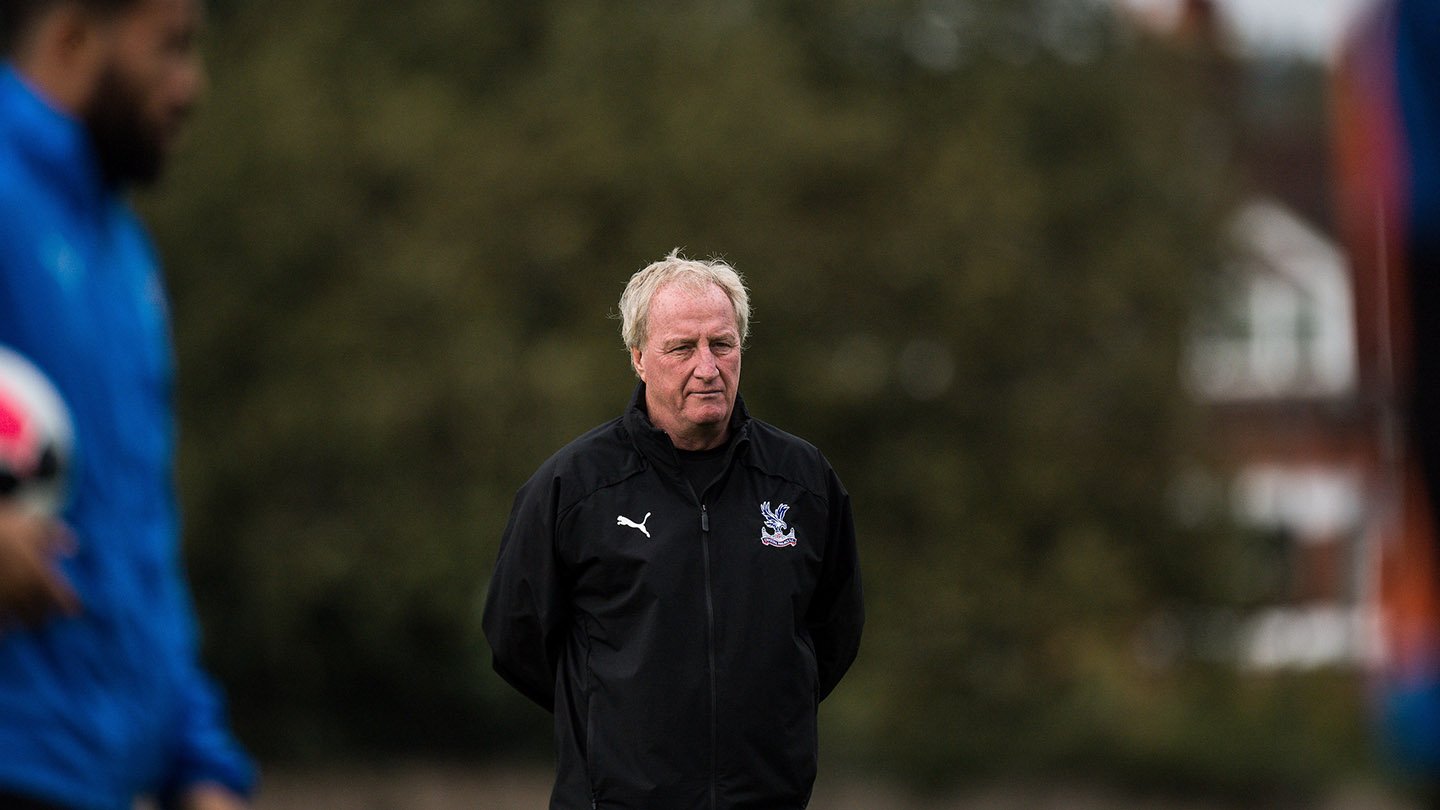 “We were doing things then that now wouldn’t seem so new and so daring,” Lewington elaborates. “But we actually got our full-backs forward, leaving two centre-backs and me in front.

“I would stop the ball getting to their front players’ feet. That was my job and it allowed full-backs to go on. Getting full-backs forward wasn’t revolutionary but it was certainly something other teams didn’t do on a regular basis.

“We had three assets: we had Ray Harford’s organisation and knowhow, we had players playing in their correct position and a system that the opposition found difficult to play against.”

The result of these progressive steps saw Fulham battling for promotion to the top flight just one season after recovering their status as a second tier club. The Cottagers found themselves brushing past opponents in 82/83 and stunning the critics who “saw us going straight back down again,” to sit third - the league’s final promotion spot - as the season reached its climax. 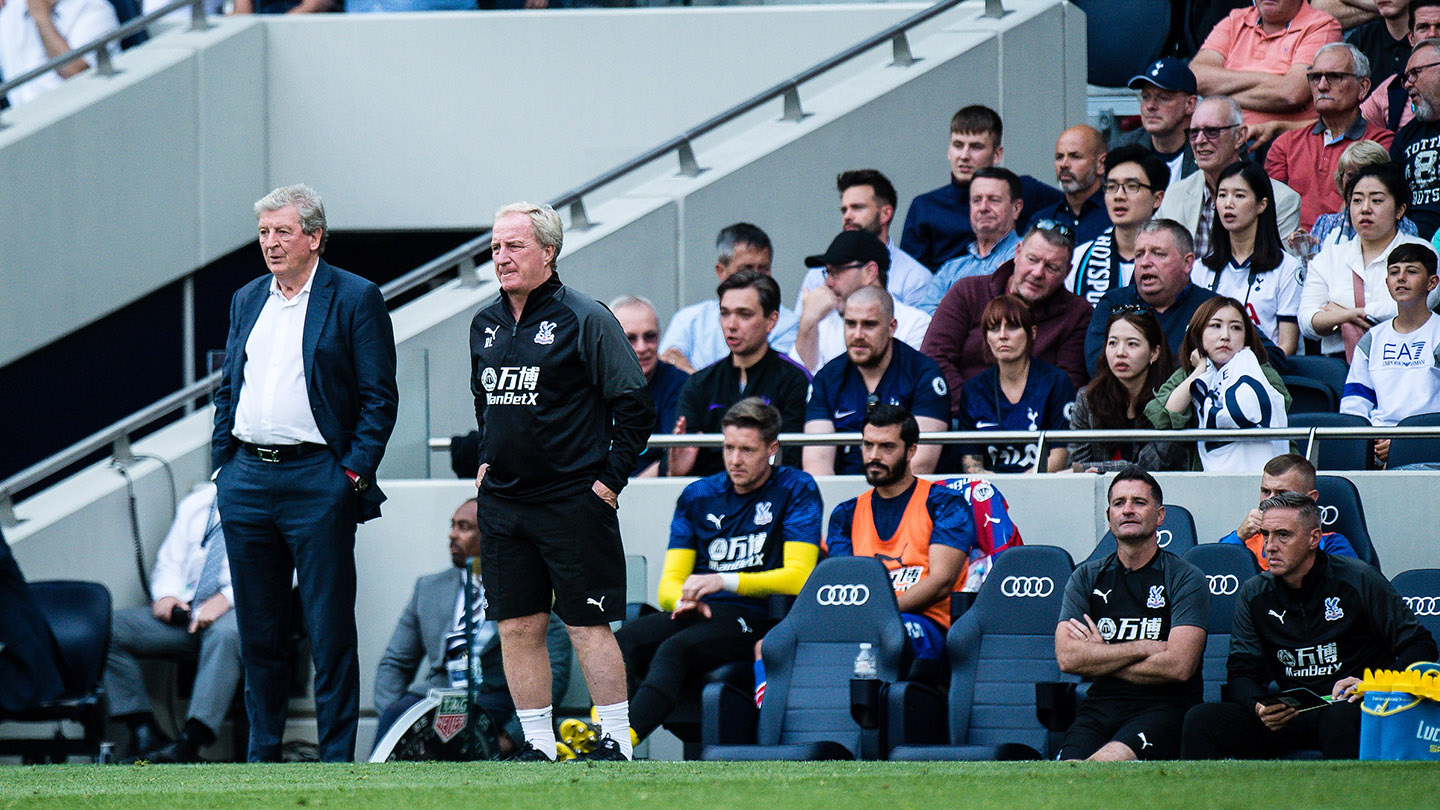 But, with six games to go, Fulham allowed Leicester City to catch them up and their slip in form established an enticing final day ultimatum: win, and Fulham would earn promotion; anything else, and Leicester would pip them to the post.

“We played a famous game against Derby,” Lewington recalls vividly, “where the crowd came over the fences.

“They were literally sitting on the side of the line. Robert Wilson went to take a corner and got kicked by a supporter. Then, to make matters worse, we go 1-0 down, the crowd think the final whistle has gone and people come on to the pitch. Jeff Hopkins got badly beaten because he’d fouled one of their star players. He got badly whacked, [he] ripped his shirt off and [had] loads of cuts and bruises.

“When we get in the dressing room, the referee says: ‘Listen, the game’s not finished yet. There’s one minute, 18 seconds left.’ The crowd wouldn’t let us back on, so the game gets abandoned. We’re obviously looking for a replay and it actually went to court. It went to court and the judge kicked it out saying we couldn’t possibly score two goals in one minute, 18 seconds.

“We were gutted. We blew it…. But all that season, we played terrific and it was that diamond system that teams against us couldn’t fathom how to stop. We had a really good season…  It was good, it was exciting times.”

The next time you’re breaking down the No.10 sitting behind the frontmen or the latest full-back whose bright idea it is to roam forward, think of the Rays: Harford, Houghton and Lewington. They thought of it long before anyone else.