James Vaughan: ‘My only regret is I didn’t stay at Palace’

“That was the night I fell in love with Crystal Palace,” says James Vaughan, looking back at 15 years of professional football and eight successful months with the Eagles.

It was a balmy but torrential Tuesday evening at Selhurst Park, with rain driving down across south London - and in particular through the Holmesdale’s roof. Palace were hosting bottom of the table Portsmouth and Everton-loanee Vaughan was taking his first steps onto the turf in SE25.

“It was perfect conditions for football,” says Vaughan, in a somewhat old fashioned style - reminiscent of the nostalgic fan turning up their collar while rushing to the stadium.

“I was playing up front with Neil Danns, who’s gone on to be one of my best mates not just in football but in general. I scored three, he scored one; it was the perfect night.

“That was the night I fell in love with Crystal Palace a little bit, not just because of the goals but the atmosphere around the place - everything, the way the fans were.

“The fans were just at one with the team, everyone was desperately striving in the right direction to get the wins. On the back of what the club had been through at the time, everyone was pulling together and there was a great feel about the place.”

Five years before his barnstorming Selhurst debut and 15 years ago today, a 16-year-old Vaughan made Premier League history by hammering the nail into Palace’s coffin as he became the league’s youngest ever scorer with Everton’s final goal in a 4-0 drubbing. 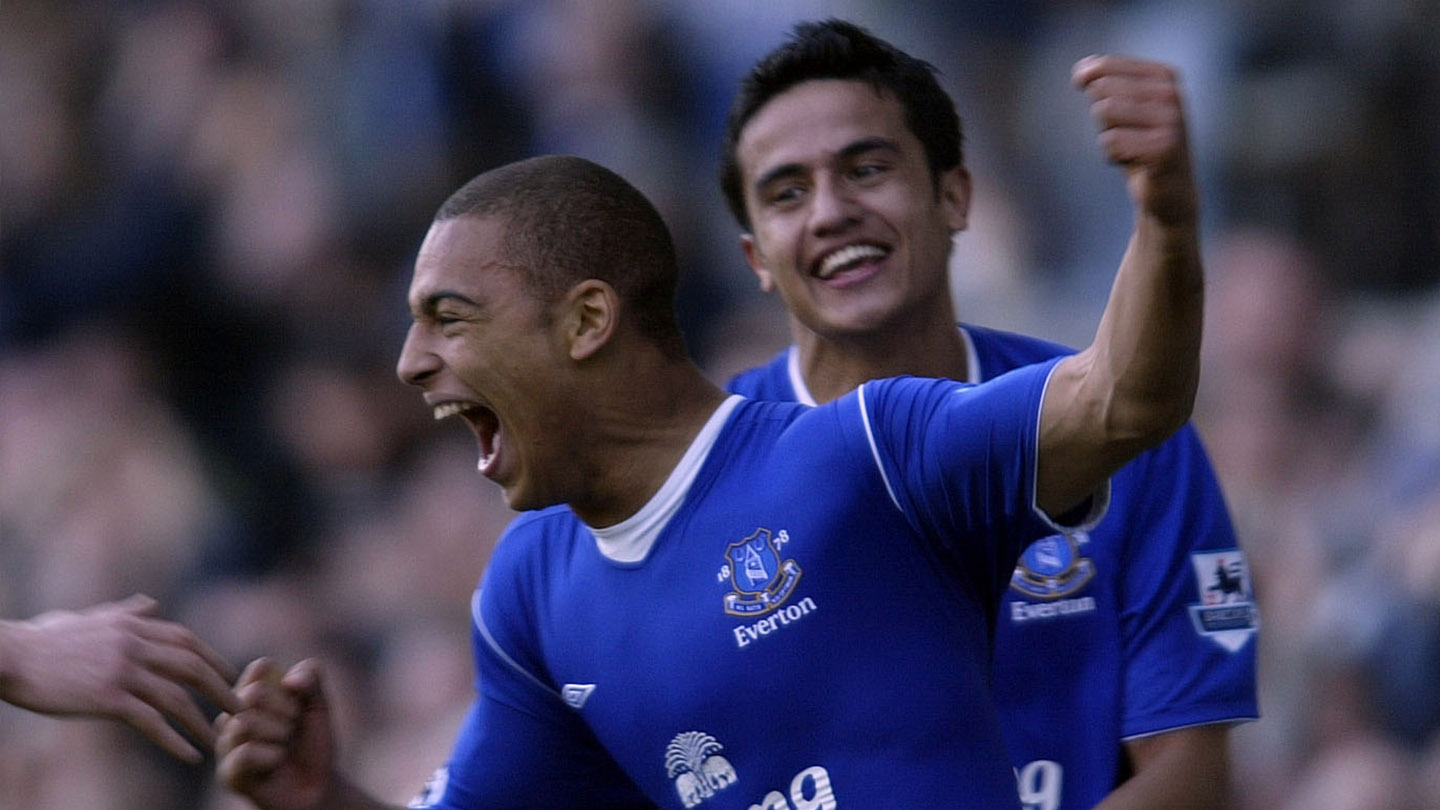 Vaughan’s early success was something the forward took in his stride: as a 103-goal-a-season six-year-old, the country’s third-fastest 13-year-old over 100 metres and with a father who played professional rugby, the teenager was accustomed to achievement.

“You don’t feel pressure at that age,” he claims. Opting for a career in football, the forward was hitting headlines as the league’s up-and-coming protege on Merseyside, and the comparisons with Wayne Rooney were too easy after just a three-year wait.

“Everything changed for me,” he says. “David Moyes was good with Wayne Rooney and he knew how to keep me out of it. He basically just kept me quiet for as long as possible. I look back now and that was the best thing for me. I wanted to see my friends and whatnot and he said: ‘just keep your head down and keep out of the limelight as much as you can.’

“Also, I couldn’t have asked to break into a better set of lads. They were all senior players, the likes of Lee Carsley, Tim Cahill, Duncan Ferguson, Alan Stubbs, Nigel Martyn, who was one of the funniest people I’d ever met - always playing tricks and pranks, just a great guy to be around. They were brilliant.”

But Vaughan’s early years were plagued with injury - as he first damaged his meniscus, then dislocated his shoulder and finally severed an artery in his foot - and so the young, promising striker spent his earliest professional years hunting minutes both on Merseyside and further afield. 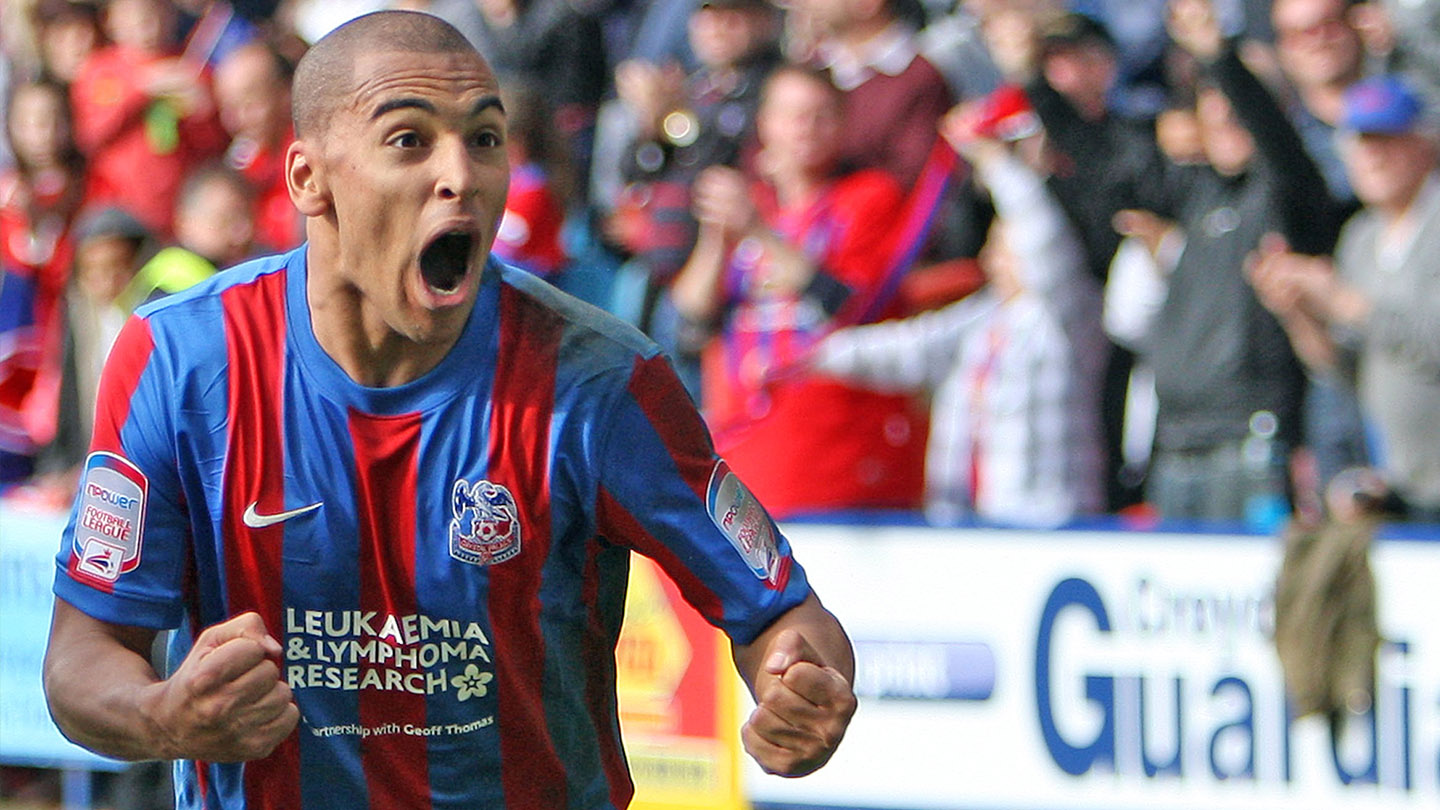 “At a young age, it was more a case of momentum,” Vaughan reflects on how injury after injury transformed his career. “I don’t think it affected my body much. I wasn’t afraid to go into challenges and I didn’t lose any of my pace.

“Probably that was to my detriment; I should have taken it easier and I wouldn’t have got as many injuries. But I played the way I played and I couldn’t change that.”

By 2010, Vaughan had already been loaned to Derby County and Leicester City respectively, but still found regular football hard to find. At the third attempt, the forward needed a more stable platform for his career.

“Because of the injuries and how much football I missed, I remember going to David Moyes every day for about a month, pestering him saying I wanted to go on loan. Not because I wanted to leave Everton - because I loved it there - but because I’d been this potential talent for so long and I needed to see if that potential could do anything. I was desperate to get out on loan and play.

“That summer, there was a lot of interest from other clubs but it got to the point where Palace really pushed it… I could see it was a young squad and I was desperate to play.

“It was really important for me to play regularly and it was an eye-opener to be depended on by the team, not just someone who comes on and hopefully nicks a goal at the end of the game.”

Vaughan finally found regular football and paid his adoptive club back with goals: scoring five times before a recall to Everton in January 2011, the end of his three-month loan spell. But the forward wasn’t finished there.

“I’d been at Palace and loved it,” he says. “Everton called me back because there was an offer for someone else, but in the meantime I ended up playing for Everton - meaning I played for two teams that season, so I couldn’t go. 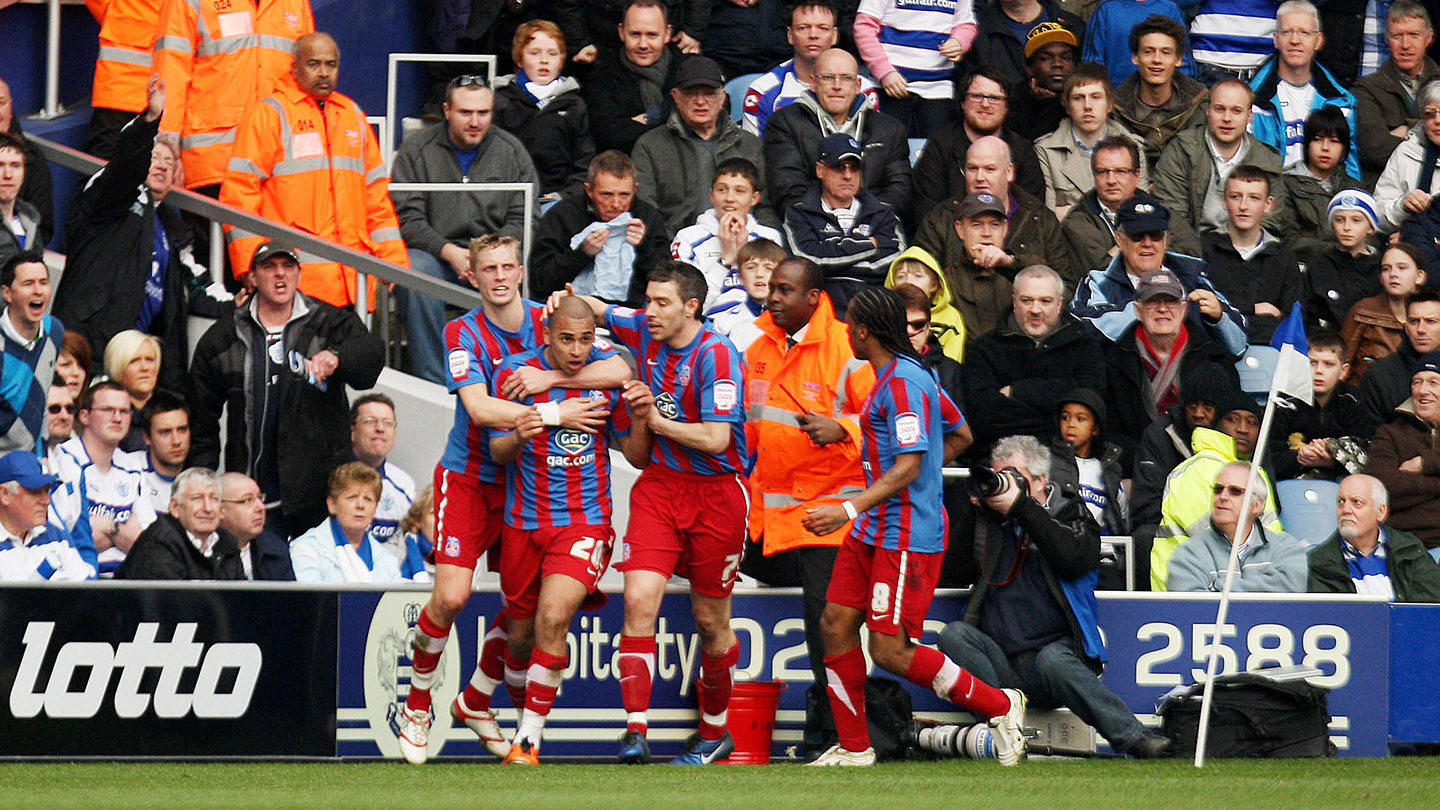 “It was a case of: do I want to stay at Everton and be on the bench or go back to Palace [on loan]? At the same time, Dougie [Freedman] took over from George Burley and literally before that had been announced, he rang me and said he wanted me back. I said I was desperate to come… So I came back straight away.

“I worked with Dougie a lot because he was assistant to George Burley and, as a forward, he helped me a lot. We did a lot of finishing together.

“He was brilliant for me and I was there to watch what he did for Wilf [Zaha]. He was a lot more than that [a coach] for Wilf, he was a shoulder for Wilf and, rightly so, Wilf says he owes a lot to him and so do I. Some of the finishing drills we did I still take forward now, going into training.

“As far as how much I enjoyed my time at Palace and enjoyed my football, it was probably one of the - if not the - best seasons I’ve had.”

Sure enough, Vaughan’s second spell in south London came to an end, and this time there was no coming back. The forward reveals that the club held discussions to sign him on a permanent basis, but the lure of Premier League football with newly promoted Norwich City proved too great for the in-form 22-year-old.

Looking back almost 10 years later, Vaughan recalls the switch with a pang of disappointment.

“People always ask me if I regret leaving Everton and I don’t. I love the club, but it was time to play regularly. My only regret is that I didn’t stay at Palace. I went to Norwich, and, in hindsight, I was happy at Palace and I loved it there and the fans liked me and treated me well - so I probably should have stayed.

“I look back now and think I would have always been a success there because I played in a way the fans appreciated. I appreciated them as well, so it would have worked. 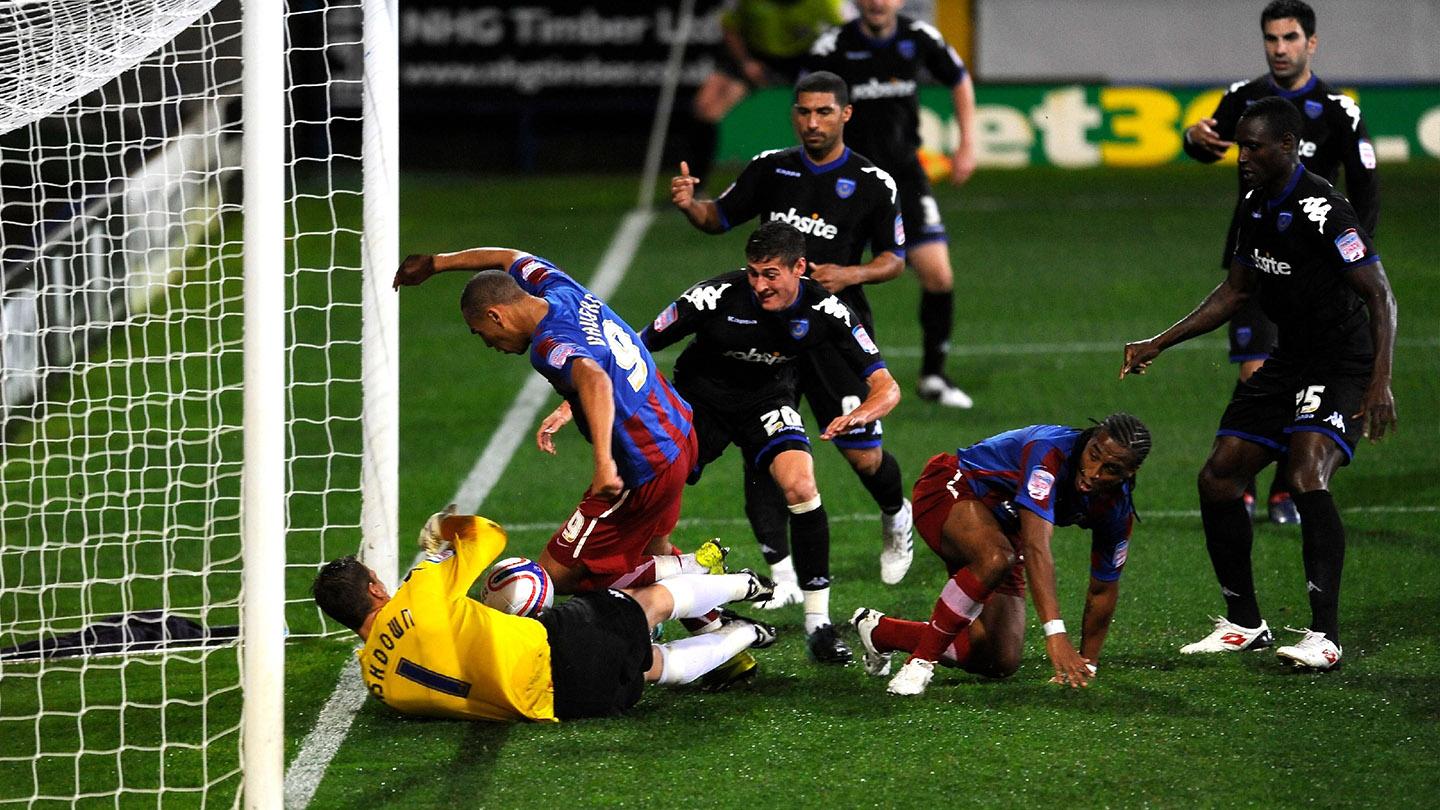 “Honestly, I’m not just saying it because I’m in an interview with you, they’re some of the best fans I’ve ever seen and I’ve been to quite a few clubs now. I still hold Palace very highly with regards to the fans and the club.”

Shortly after Vaughan’s move to Norfolk, the forward suffered a familiar fate, and injury sidelined him at his most promising stage. After just six appearances, Vaughan’s time with the Canaries came to an anticlimactic end.

But in other fields, the frontman was approaching an exciting possibility: playing international football at a senior level.

In 2012, delegates from the Jamaican Football Federation honed-in on seven promising UK footballers eligible to represent the country at the upcoming World Cup qualifying campaign. Vaughan, alongside former Eagle Jobi McAnuff, was one of those identified but, unlike McAnuff, his path to international football was blocked by uncanny timing.

“It went pretty far,” he explains. “I’d spoken to everyone and was due to be named in the squad but the game was on the day of my wedding! It was like: I can’t really go to that. And it wasn’t exactly like I’d had six months’ notice, it was about three weeks before.

“Then after that they just never called me up - I don’t think they were too happy, to be fair. They’d gone through a lot of work to call me up - but there was no getting round it, my wedding was planned and they didn’t give me any indication. I ended up being at Huddersfield with two other lads, they both got called up and I never. So that was the end of that!” 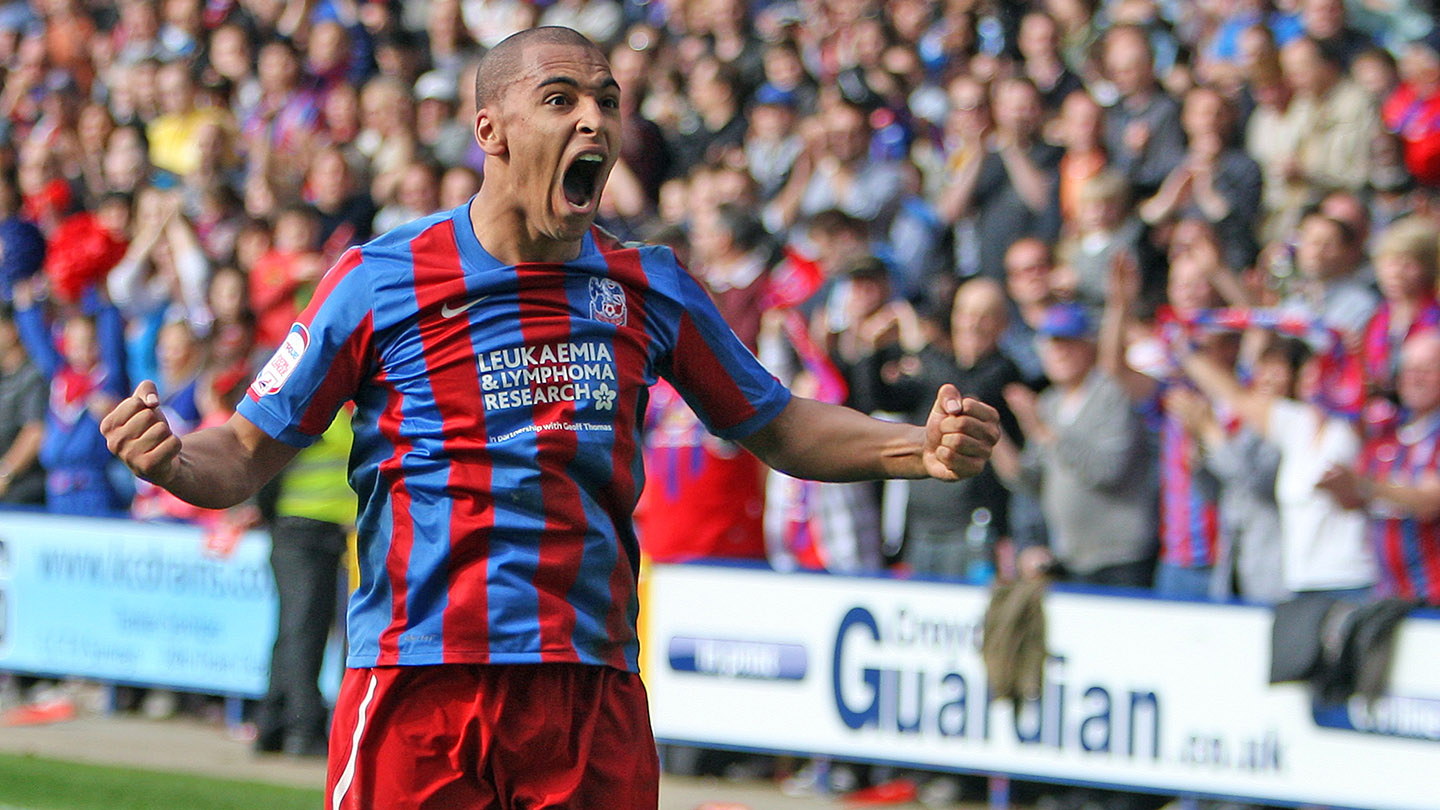 If Vaughan’s untimely clash with international football seems like another cruel twist of fate in a career hit by misfortunate times, the man himself doesn’t express it; instead saying “I’m grateful for what I did have.”

Now at Tranmere Rovers, the frontman entered his 17th professional season last year and, at just 31-years-old, has several years left yet.

From leaving his family aged 13 in pursuit of a footballing career - an “adventure,” he says - to today, Vaughan’s expansive time in football has taken him across the country and throughout its leagues.

Entering the final stages of a lengthy time in the game, Vaughan says: “I definitely start looking back. My little boy is getting to the age where he’s interested in my career so we start talking about it a little bit more and that makes you think about things. I do look back quite a lot on it.

“My son thinks he’s a footballer. He thinks he is. He’s completely obsessed with it so we’ll see how that one goes. But I’m not cool enough, he just watches all the lads on YouTube - the Neymars, the Ronaldos. He’s not interested in me!”

But Vaughan’s football-loving son is stuck at home and his football-playing father is stuck in an interview. It’s time to bring things to a close.

There’s one final comment: “Just emphasise how much I loved my time at Palace,” Vaughan ends.