Ahead of the launch of his new autobiography, My Story, Mark Bright spoke at length in an exclusive interview with Palace TV, discussing the struggles of his early life and how football was both affected and supportive throughout these difficulties.

In the 1960s, Bright and his siblings were adopted from a young age and lived with both grandmothers before spending their formative years between homes.

Now, looking back in his role as Head of Under-23 Development, Bright reflects on taking to the pitches as a youngster without a mother or father there to will him on.

“I come and watch the [Palace] kids play on Saturday mornings or Sundays sometimes and you see all the parents on the side cheering them on,” Bright says. “I never had that. Never had it, nobody came to cheer me on. That parental guidance, that pride they feel in you doing something, achieving something, it’s all missing.”

But adoption wasn’t the only challenge Bright would face growing up as he strove to succeed as a professional footballer. In fact, one of his earliest and clearest memories is that of running from classmates along with his brother as a five-year-old boy on account of being the only black child at school.

“My brother said: ‘Hold my hand, don’t stop and don’t look up. Put your hand on your head and run.’ I had to run a gauntlet: people throwing stones at us as two little black kids who were unique in the school.

“We knew if we got to the lollipop lady we were safe. Imagine how scarred you must be that you remember that from when you were five or six.

“Foster grandma heard about it, the lollipop lady told her and she came up to school the next day. The headmaster stood on the stage and said: ‘Things going on at this school are not acceptable and everyone knows what I’m talking about. See these two kids here, they’ve got to be treated the same as everybody else. That stops - now.’”

The racism and abuse at school, Bright says, stopped to a degree from that point on and, thankfully for the former Palace forward, he had a talent that nobody else could out-do: playing football.

“Sport was a great breaking down barriers thing for me because when people saw how good I was at football, everyone wants you on their team. You kind of become the hard guy in the school who when picking the team it’s: you’re on my side, no he’s on mine, no mine and people are fighting over you.

“You kind of became more accepted because you’re good at something. I found that sport, football in particular, broke down barriers for me.” 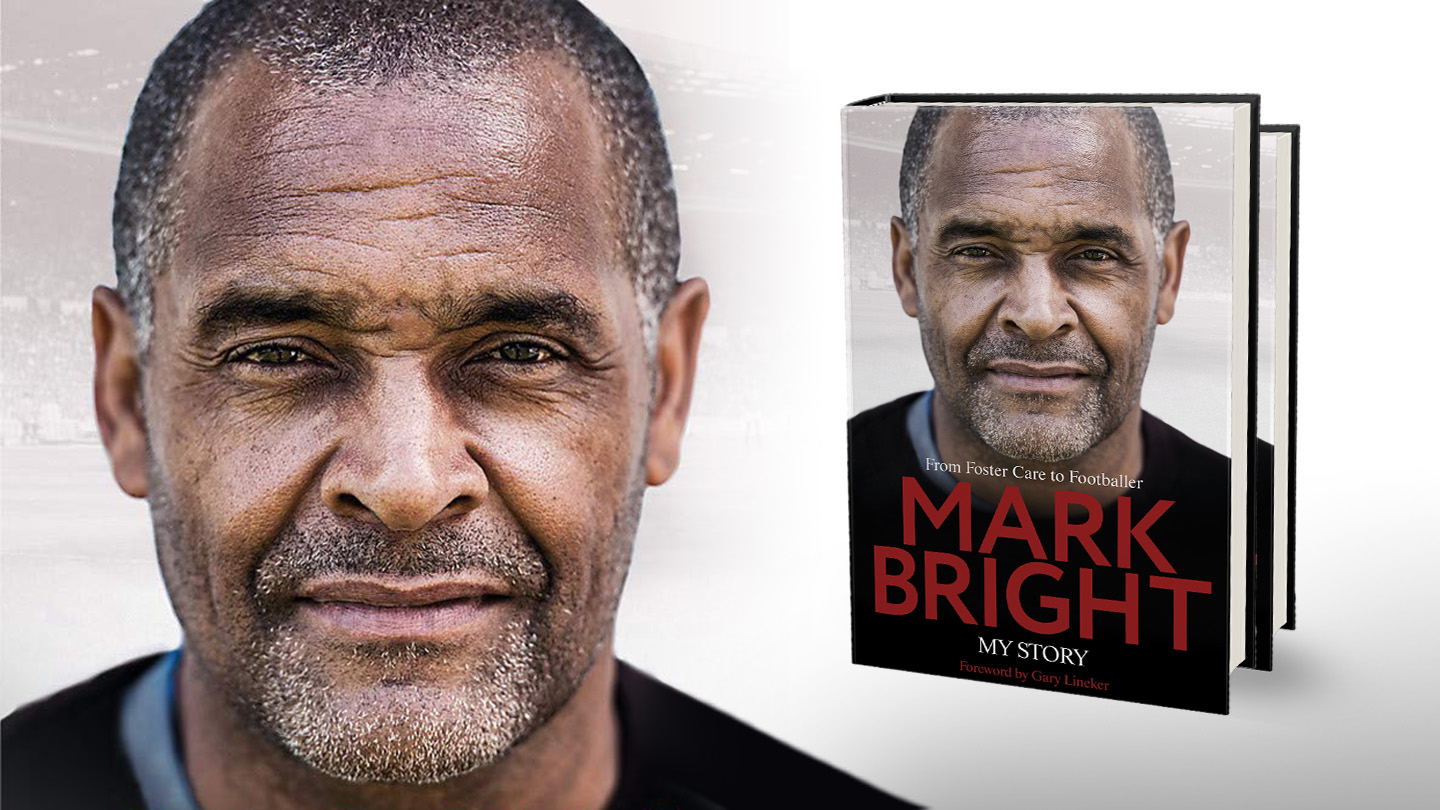 “There were all those things and you felt like you had to be better than your teammates to have a chance. It is hard. It is hard. It’s hard to be a footballer full stop, never mind being a little black kid trying to get into a team.

“[Later in life] I had a job, was getting up early, being at work for six o’clock in the morning, finishing at three, going on the bus to get to Port Vale and then working for an hour or so in the gym with John Rudge. It was hard, it was really hard for me. I was tired all the time but it was a means to an end: I wanted to be a footballer and nothing was going to stop me.”

As it turns out, nobody could stop Bright and, over 520 professional games later, the 57-year-old is able to reflect on his life both in and out of football and use his own experiences to change those of his son.

“In 2006, he [Bright’s son] is an Arsenal fan and his mum is an Arsenal fan so I said if they ever get to a final, I’ll take him. It’s the Champions League final in Paris, [against] Barcelona. We struggle to get tickets, flights and everything.

“When I asked him if he could remember going to the Champions League final in 2006, he said no. No. The biggest event happening in his life and he couldn’t remember. Yet I could remember running down that school path with my brother, holding hands and praying we didn’t get hit.”

To see more from Bright as he recounts various tales from a near-20 year career, just click play on the eye-opening interview below.

Ending his time with Palace TV, Bright expressed his hopes for the outcome of his autobiography My Story, saying: “I hope people read it and go: ‘You know what? It’s not always been easy but,’ like I said, ‘it’s been worth it.’”

To purchase a copy of My Story now and read more from Bright about a fascinating career and life, just click here.