Jean-Philippe Mateta is the latest French-born player to arrive in south London, but he is by no means the first – many of Palace’s recent heroes trace their footballing roots back across the channel.

Mateta, a France Under-21 international, joins from German side Mainz on an 18-month loan with an option to buy. Born in the suburbs of Paris, he had spells with Lyon and Le Havre before moving to Mainz, becoming their top scorer in 2020/21 with 10 goals in 17 appearances.

As he settles in to life in south London, we’ve looked back at five of the best French-born Eagles.

Bolasie was born in Lyon but moved to London when he was just seven months old – much to the benefit of English football.

Starting his career at Rushden & Diamonds, he joined Palace from Bristol City in 2012, becoming a crucial part of the legendary play-off winning side. With Bolasie on one wing and Wilfried Zaha on the other, Palace’s tricky wingers propelled the Eagles towards the Premier League.

Although eligible to represent both France and England, Bolasie opted to play for DR Congo, his parents’ country of origin – he has gained 40 caps in a successful international career.

Born and brought up in south-west France, Chamakh started his professional career at Bordeaux, winning the league title before moving to England. After spells with Arsenal and West Ham United, he was brought to south London by Ian Holloway in 2013.

Endearing himself to Palace fans with his attitude and work rate, he stayed at Selhurst Park for three years.

Although he represented France at youth level, Chamakh pledged his international loyalty to Morocco and played 65 times for the senior side over more than a decade.

After signing from Paris Saint-Germain, Cabaye quickly became the Eagles’ master of set-pieces, scoring not just from the penalty spot but from free-kicks, too. Playing in midfield, he was a key part of the Palace side that reached the FA Cup final in 2016.

Cabaye was a crucial part of the France national team for five years, appearing at two European Championships and the 2014 World Cup.

The fourth of seven children, Sakho grew up in northern Paris, signing for Paris Saint-Germain as a 12-year-old. After breaking into the first-team he was quickly regarded as one of the best young defenders in Europe, signing for Liverpool in 2013 before heading south to London four years later.

As well as a successful career in SE25, Sakho has played 29 times for France in a 10-year international career, competing alongside Raphael Varane at the 2014 World Cup.

After putting pen to paper, Mateta told Palace TV: "I know Mamadou Sakho because he’s a good player, a big player in France. I know all players at Crystal Palace but Mamadou Sakho is a famous guy in France." 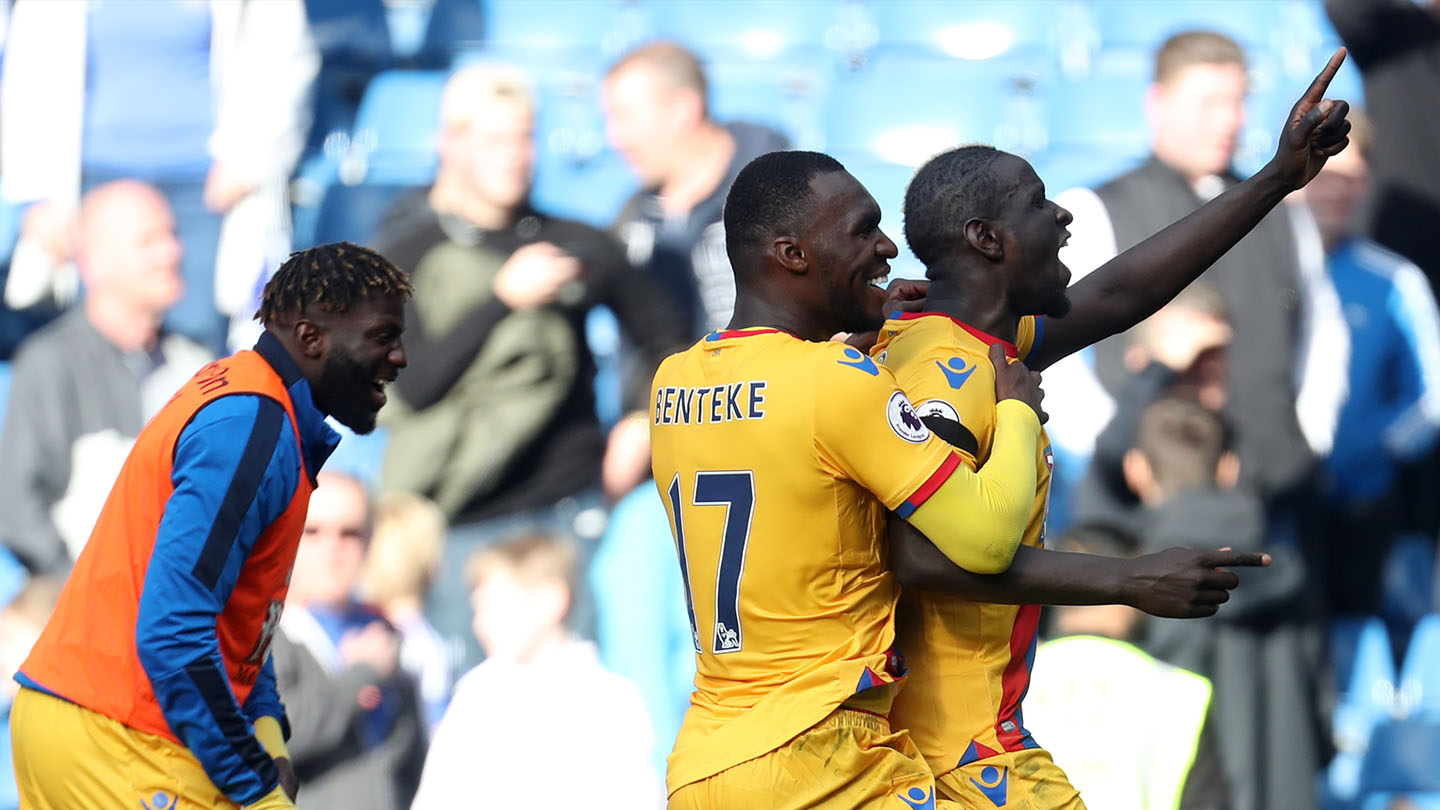 Growing up in Marseille, Ayew broke into his local first-team as an 18-year-old in 2009, scoring an equaliser on his debut. After arriving in the Premier League in 2015, he joined Crystal Palace three in 2018, initially on loan and then in a permanent deal.

It’s been a successful time for Ayew in south London so far, winning both the Player and Goal of the Season awards in 2019/20.

Although in this list eligible for the France national team, it was no surprise that Ayew opted to represent Ghana – his father, Abedi Pele, captained the Black Stars to the Africa Cup of Nations in 1982.