‘Everywhere was red and blue,’ proclaims Palace’s much appropriated Blaydon Races. The chant paints a brief but vivid picture of matchdays at Selhurst Park - ‘Everyone was running, All the lads and lasses, All the smiling faces, Walking down the Holmesdale Road, To see the Palace aces…’

The chant may have lost its popularity somewhat by early 2020 and, by summer, wouldn’t have been heard on Selhurst’s terraces for over four months.

Its description of colour and activity instead became a fond memory as Selhurst Park and its surrounding roads lulled without the buzz of matchday fans. 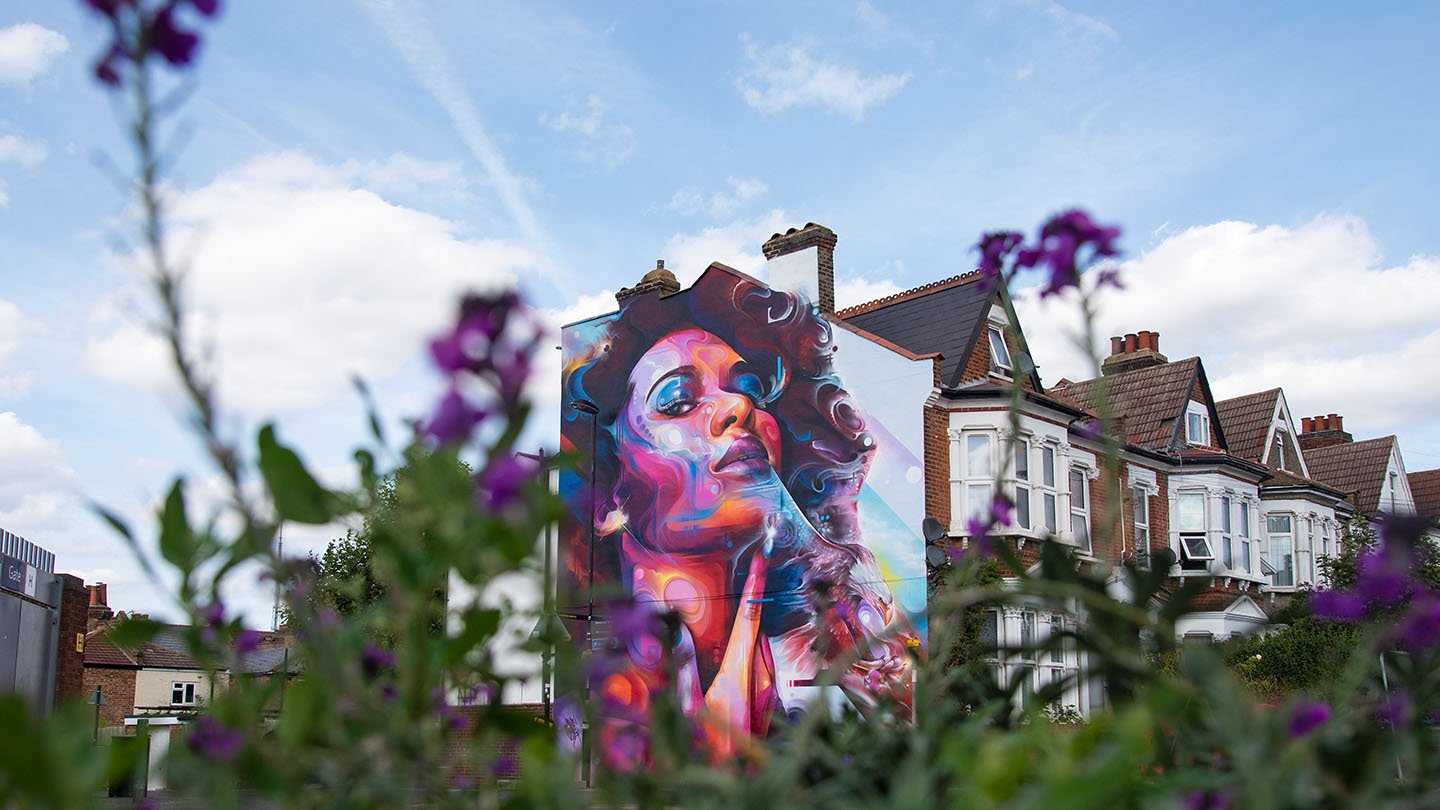 Now, however, something has changed that. From the base of the Holmesdale Road, supporters would typically see a crowd of red and blue streaming up the slope towards Selhurst. In recent months, someone standing outside the Clifton Arms would instead see a more lifeless strip; devoid of colour and life. Today, they see Mr Cenz’s vibrant mural - an eye-catching step back to the vivid energy of thoroughly missed matchdays.

"It definitely has more personal meaning for me," explains Mr Cenz, a south London graffiti artist who produced the mural which stretches across 233 Holmesdale Rd. It faces Selhurst and nestles on a well-trodden corner where the Holmesdale Road meets Park Road - with nods to Palace woven in by the lifelong Eagles fan.

"It’s a family affair. My dad was a Palace fan, my uncles, all of my family, really. It’s got personal connections. For me, football’s about supporting your local team. It’s always been my team and always will be.

"This mural was, for me, really special. When this came up it was: 'Wow, that's a dream!'" 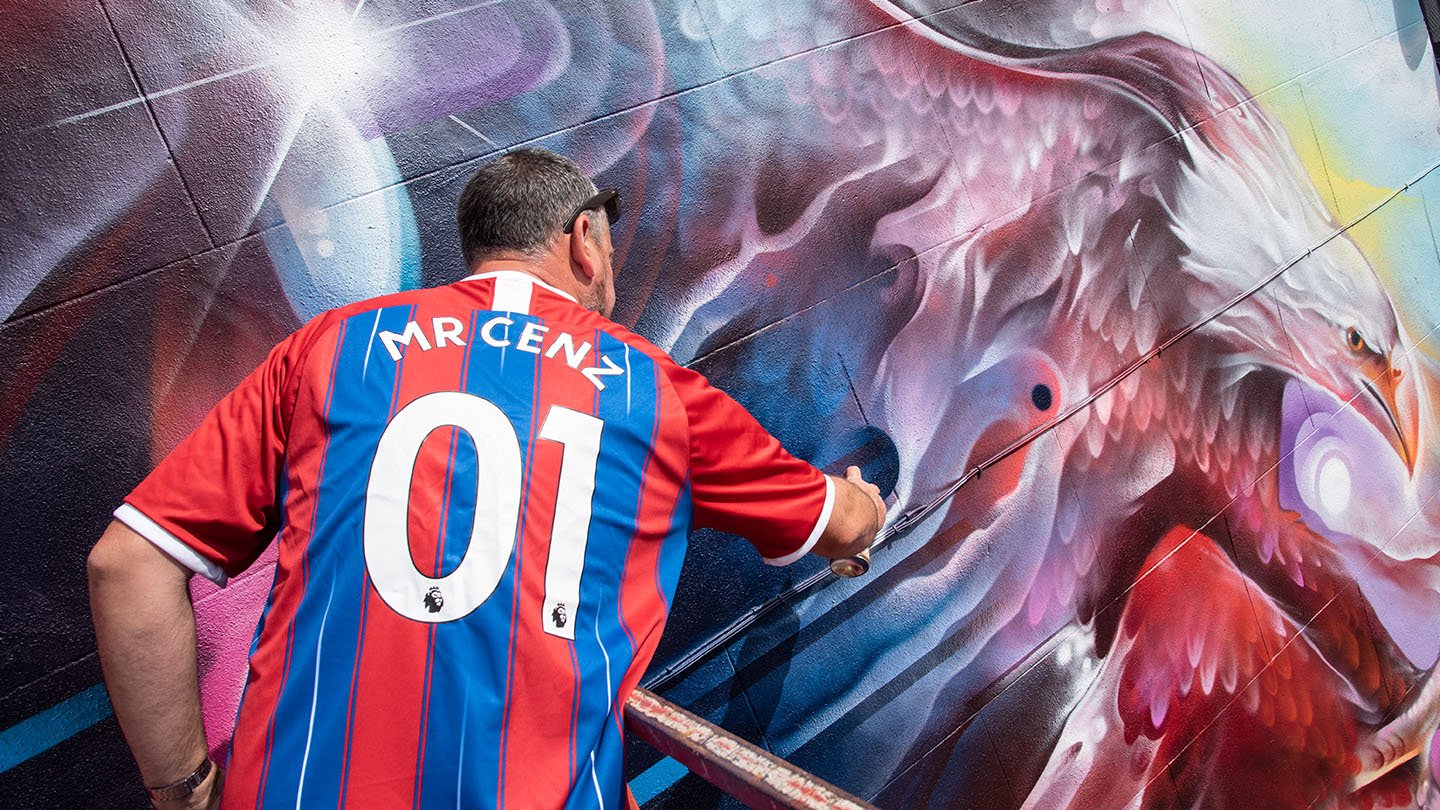 Mr Cenz spent five days creating the mural as part of the London Mural Festival, which is taking place throughout September. The design at Selhurst Park is his third in south London this year - with murals also in Crystal Palace, Penge and Anerley.

Since discovering a passion for graffiti art after learning about New York’s mid-80s subway trains, Mr Cenz’s talent has taken him from brushes with the law “tagging in the park” to producing full murals across the world.

But south London is the one place he feels closest to.

“I’ve been a full-time artist for many years,” he says. “But I haven’t just done my own work, I used to do a lot of community work, teaching kids at graffiti workshops. I have strong links with the Croydon area; I used to work with the youth offending team, working with young offenders to use graffiti art as a tool for personal and social issues. 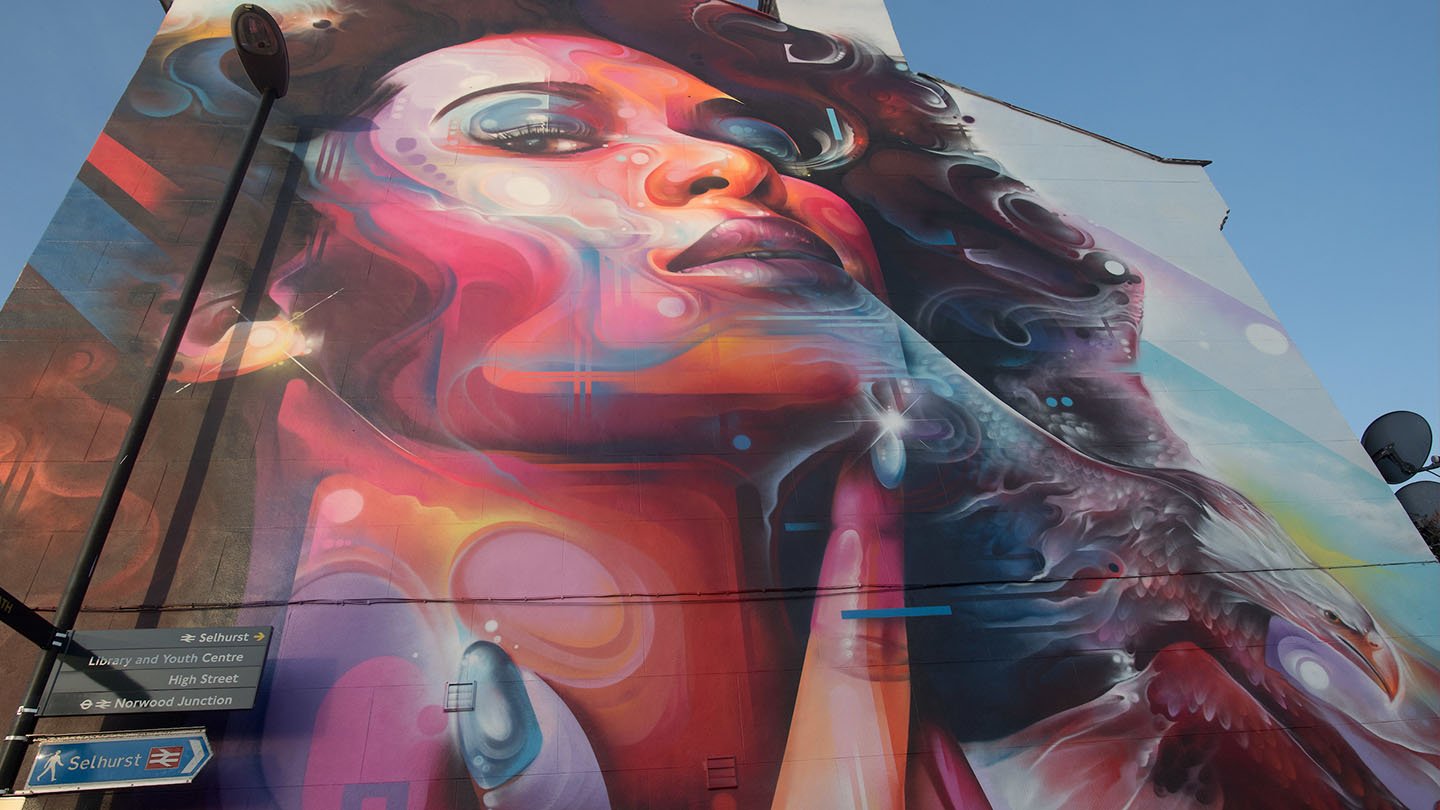 “Art, especially graffiti art, is a great tool to work with young people because it obviously has street cred and it’s still got that popularity amongst young people. You can spray paint and still think it’s pretty cool.

"We did some really good work in Croydon over the years, man... actually, on this particular project, one of the kids I used to work with who’d get in trouble a lot with the police came up to me and said: ‘Wow, I haven’t seen you for years. You really inspired me and I’m an artist myself now.’ That was amazing.

"The community is really important to me… The thing is, there’s not much [street art] in south London - most is in east London, where it’s trendy. It’s nice to bring some culture over the other side of the river!... I hope the community are really happy to have some colour on the walls."

While we’re not quite back at the red and blue whirl described in Palace’s much appropriated Blaydon Races, Mr Cenz’s mural goes a long way to bringing colour back to Selhurst.