Moses Swaibu on Neil Warnock, going to prison and more

This is part two of Moses Swaibu’s story – if you haven’t read part one yet, in which the former Palace defender details his start to life with the club and pipping Victor Moses to a host of awards, then click below.

The catalyst for the change in the story is Neil Warnock, with Peter Taylor’s 60-game spell coming to an end. Swaibu reflects: “Every new manager that comes in means there will be a transitional phase.”

Swaibu’s tone is dejected, like he is realising for the first time all over again that Warnock didn’t view him as “his cup of tea.”

The cutthroat nature of football causes Swaibu to whittle it down to the simplest of forms: “Once there’s significant change, you realise that football boils down to nothing more than a game of opinions.”

From Taylor wanting to shape the Palace backline around him, Swaibu now had to try and prove himself to a manager who he felt wasn’t convinced in what Taylor saw. But in fairness to Warnock, he did look to give Swaibu his chance.

“When Neil Warnock came in,” Swaibu - then 18 - returns to the summer of 2007, “he said to me: ‘Go and watch a video on Ricardo Fuller, as you might be on the bench.’ I wasn’t. But he then said something similar to me ahead of a game against Watford and this time I did make the bench.” 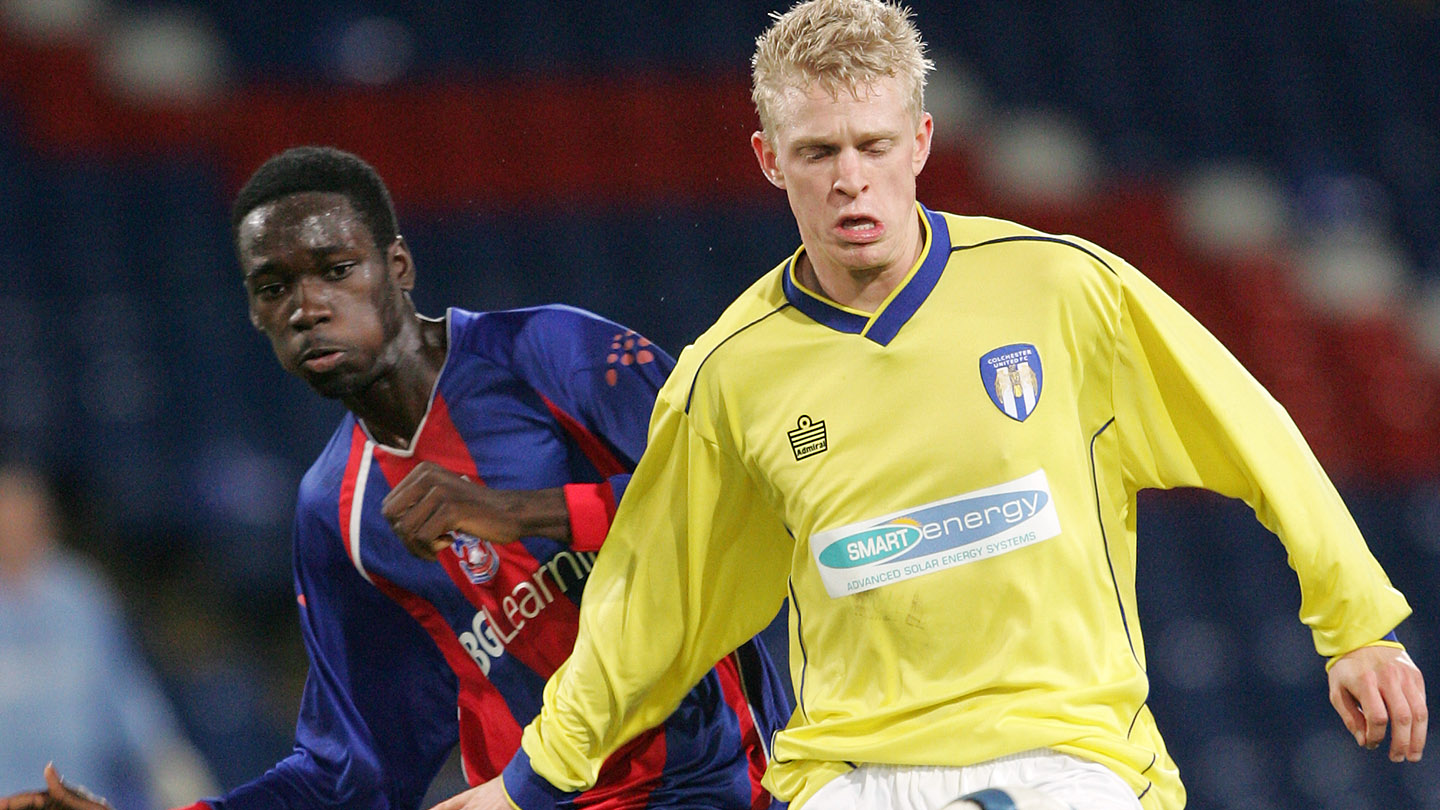 Swaibu’s spark is back, no hint of ‘what might have been’ or resentment, after all Warnock did hand the defender his first squad involvement in a competitive first-team game.

“Warnock did give me opportunities but ultimately I just wasn’t his cup of tea. However, when I was leaving, he did say to me: ‘Go out and show me you’re a good defender and make me buy you back in a couple of years.’”

The red and blue whirlwind, with nothing but highs, was over. But Swaibu remained positive: “I’d been at the club for three-and-half-years and Palace had given me the foundations to now go and kick on and show what I can do elsewhere.

“I ended up in non-league with Bromley.”

That feels like something of an oxymoron. We ask Swaibu to elaborate, because that’s a sharp fall and a huge culture shock from the surroundings on Copers Cope Road. Surely Football League clubs were interested?

“I never had an agent throughout my career,” he proverbially kicks himself. “And that’s down to a bit of naivety but also a lack of education on my part as every player needs guidance and support.”

It didn’t take Swaibu long to realise – and this isn’t arrogance, just reality – that he was above this level, so he set about attempting to become the heir to Leon Cort’s throne elsewhere.

“I called every club in the Football League and asked for a trial. I had played 10 games for Bromley and then Lincoln offered me the chance – after two days of being on trial they said they were going to sign me.” 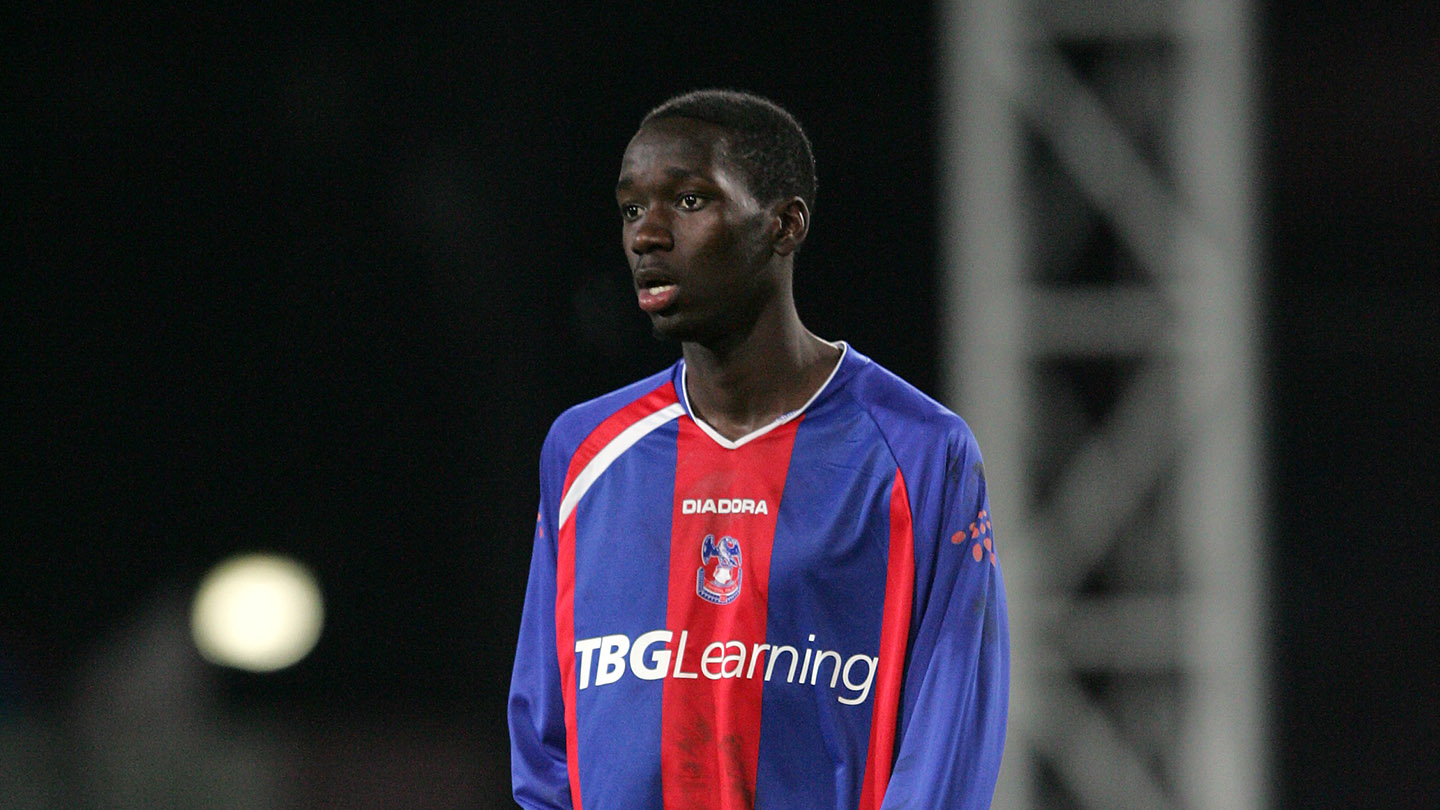 At the beginning of his time with the Imps it looked like Swaibu was going to fulfil his potential – winning Young Player of the Year in his debut campaign despite joining in January and making just 10 appearances.

There’s loads to discuss from that period with Lincoln – like the bids that Swaibu rejected from Aston Villa and Birmingham City to remain with the Imps – but approaching almost an hour into our ‘quick chat’ and plenty still to discuss, we will let Swaibu leave those stories for his future autobiography. 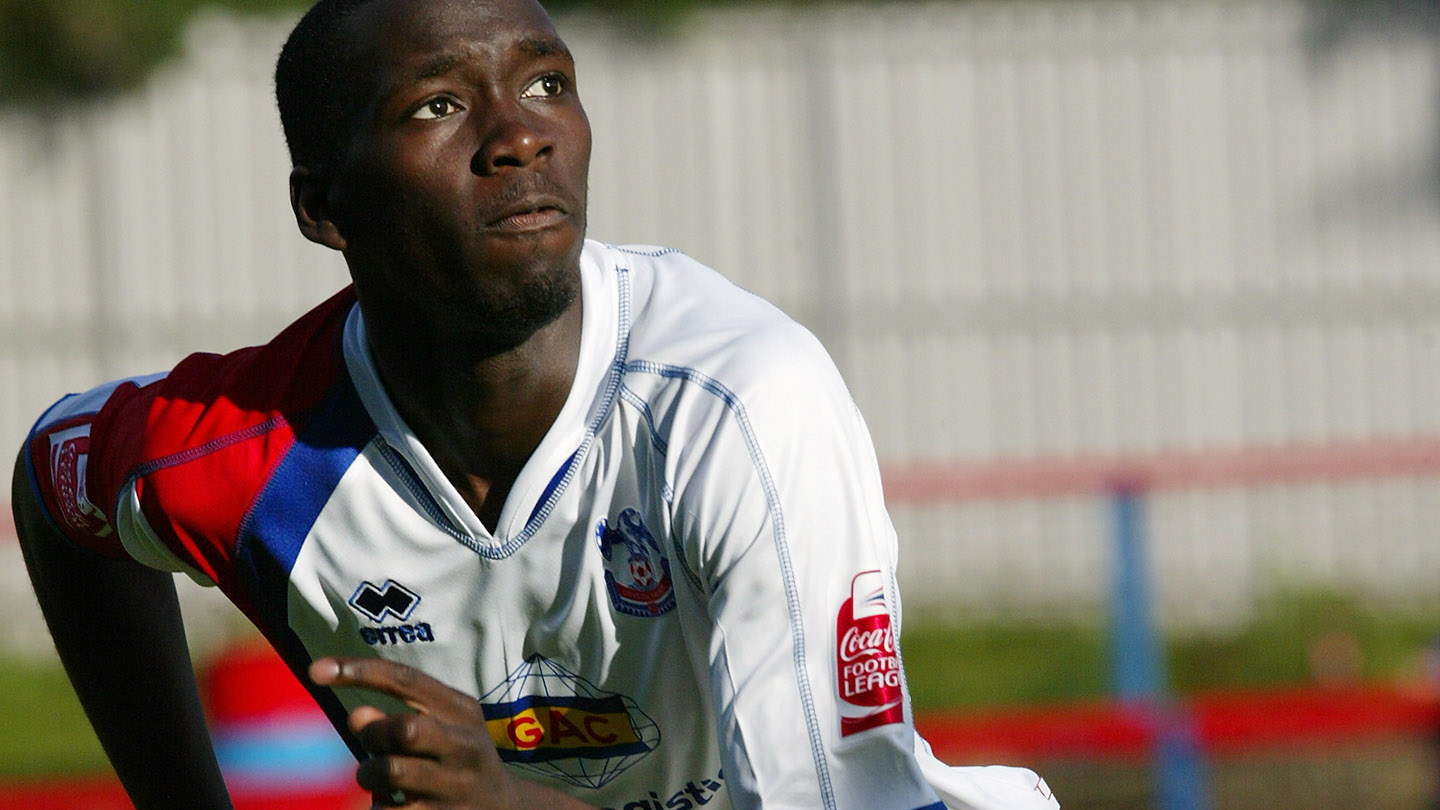 “Football is a yo-yo,” he begins trying to explain how his life would go down a path that would see him convicted for match-fixing alongside former Lincoln City captain, Delroy Facey and serving prison time. “When you leave clubs like Crystal Palace and the infrastructure that offers you, there’s a massive comedown to readjust to. You can go two ways: kick on and look for your next venture or you fall deeper and deeper down the leagues.”

Academy Director Gary Issott is in full agreement, saying: “One minute you’re in this safe environment of teammates and coaches and the next day all of that is gone. Something dies in you a little bit when you come out of professional football, it’s a type of grief.

“There’s an element of embarrassment because you were so proud to be a professional footballer. It’s tough to take.”

As Swaibu said himself, what he lacked in technique and finesse, he made up for in sheer graft and determination, so it’s no surprise to hear that his four-month stint in prison for accepting a bribe from Delroy Facey to fix matches saw him come out a stronger and inspired individual.

“When I was in prison I heard Gary Issott’s voice: ‘Moses Swaibu: what do you want to be remembered by?’

“When you’re spending 23 of your 24 hours in a day in jail you begin thinking about all the other players that will have been in my situation. I decided that people need to be aware of why I made certain decisions and why I ended up in prison.

“Being in prison helped me realise there’s nothing wrong with speaking up and speaking out – letting people know you are having troubles. I’m a professional footballer so I should never ever be in this situation in the first place, so I told myself that when I got out, if I could turn back the hands of time, what would I do?”

Make a difference; that’s what Swaibu would do. And if managerial circumstances had cost him a future at the heart of Palace’s defence, then it was only right that Swaibu was the benefactor of happenstance.

“The day I was released from prison I received a phone call to say proceedings were beginning to impose a ban on me from football,” he says. “During that process of going back and forth to Wembley, one day Gordon Taylor (Chief Executive of the Professional Footballers’ Association) was in the building and someone approached me saying Gordon wants to speak to you.

“I was stunned: why would Gordon Taylor want to speak to me?!” he says, still stunned. “I sat down with him for 20 minutes and firstly they let me know they would be there with me every step of the way for my tribunal. And then they had loads of questions for me, just trying to work out how this situation I found myself in even happened.

“I said to Gordon, ‘I owe it to football, to footballers up and down the Football League. Use me as a case study.’”

So they did, and across a six-month period Swaibu and the PFA devised a programme around match-fixing, gambling and integrity which they would take into football clubs all over the country, to educate the future generations.

Always look forward coming back to Crystal Palace Fc when this comes up in the calendar today with @winjafbaby 🏆 pic.twitter.com/FIUruQQBiN

“It wasn’t until I started going around Premier League clubs and their Academy coaches and Under-23s teams were sitting back in their chairs, stunned to hear my story and what happened.

“It was like they just couldn’t process it was even possible to end up in the situation I did. But I’m thinking: these players are the future of some of the biggest, richest and most successful clubs in the world. How do they not know all this?”

Issott understands just how easy it was for players to find themselves in Swaibu’s circumstance, though: “It was so sad what happened to him,” Issott says in such a way it’s hard not to notice the regret that he isn’t talking about the now-30-year-old as he imagined he would’ve been 14 years ago.

“He would’ve been classed as a vulnerable individual: young, not from a wealthy background, not a great relationship with his dad and would have needed every bit of money he could get. Scammers – because that’s what they’re – preyed on him.

“Of course, he done wrong. But he was still so young and not fully understanding of all the elements.”

Gary is still proud to say Swaibu came through the Academy, and that he turned his life around – Swaibu continually refers to the fact that Palace’s foundations and lessons from Gary et al enabled him to come out the other side.

Once a week I make sure I give at least an hour of my time to charities that support the development of aspiring young individuals trying to be the best versions of themselves within their sport,but more importantly becoming good people in society @PPSport1 pic.twitter.com/L3B3fvHZij

Issott continues: “What he has done since does not surprise me because he’s always been a top lad – I know he’s still in regular contact with Victor Moses and Nathaniel Clyne which shows he was a popular member of the group.

“The fact he has used what happened to him as a motivator to show other young players the mistakes not to make perfectly encapsulates what Moses is. He’s a fantastic lad.”

Moses Swaibu is a south London and proud story to be, despite everything, thoroughly proud of.