Palace TV have re-launched gripping season reviews from seven of the most significant campaigns in the club's recent history, and you can watch each of them now all while supporting Palace for Life Foundation.

It costs just £1 to watch each of these in-depth, nostalgic steps back to some of the Crystal Palace glory years, and every purchase will be donated to Palace for Life Foundation, the club's official charity.

97/98 was, of course, a painful time in Palace history - but was a landmark campaign nevertheless, with the Bald Eagle Attilio Lombardo leading the team through a successful Premier League start.

However, drama off the pitch and a loss of form led to heartbreak when the club was relegated at the end of the season, with Steve Coppell and Ray Lewington unable to stave off the inevitable.

04/05 was similarly unfortunate, however saw Palace battle well through a dramatic campaign with Andrew Johnson playing in the form of his life.

In this season review, you can re-watch all 21 of Johnson's goals - the second most of anyone in the Premier League that year - and re-live a potential turning point for Crystal Palace cruelly snatched away on the final day of the season.

Our most recent season review takes a look back at 2014/15 - Palace's first ever season on the back of consolidated Premier League status. The 14/15 campaign saw the club earn its highest Premier League finish of 10th when Alan Pardew took over in January 2015.

Of course, in that barnstorming second half to the season, the Eagles recorded famous wins over Tottenham Hotspur, Manchester City and Liverpool - and you can watch them all over again here. 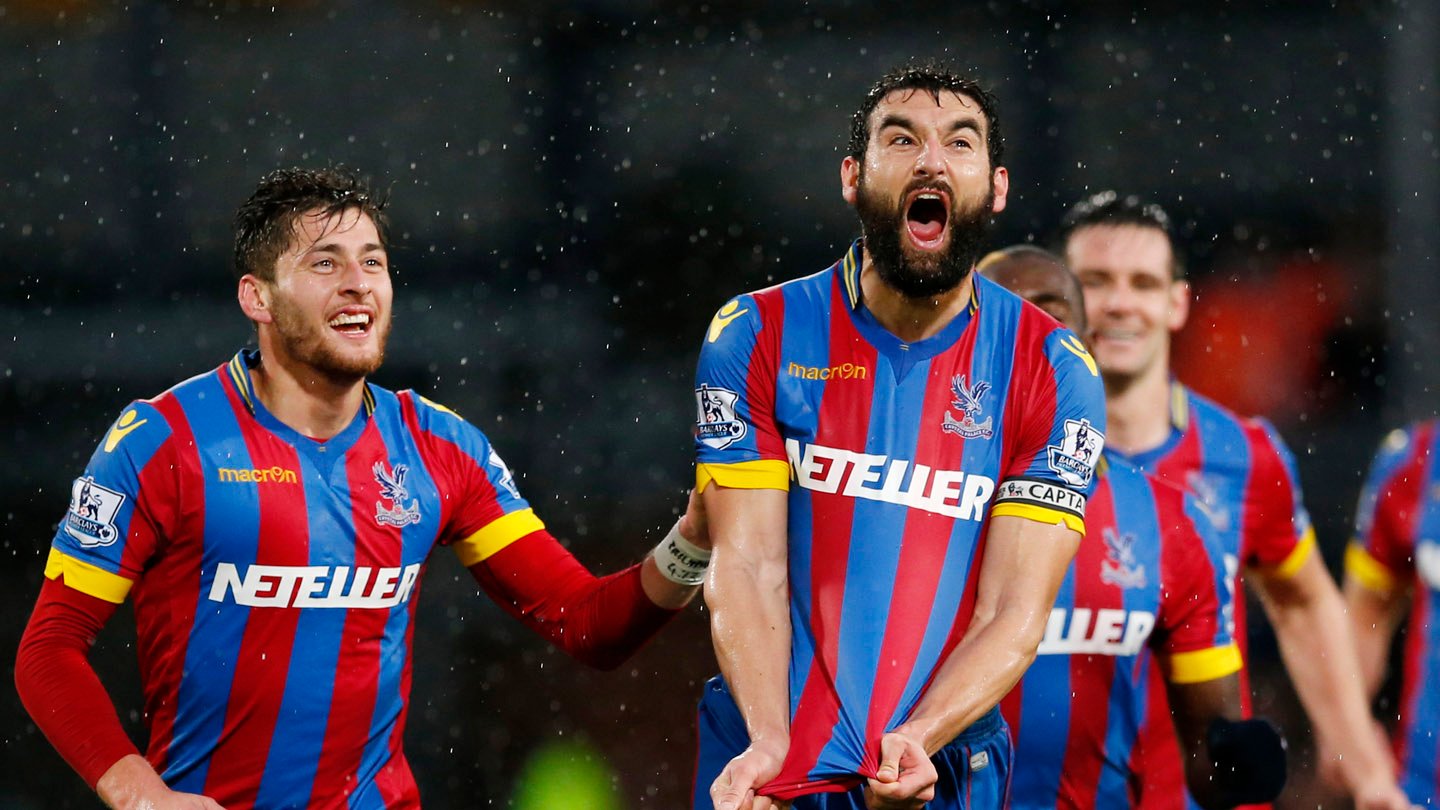 The earliest review comes from 1993/94, when Alan Smith guided Palace to confidently win the First Division and launch themselves back to the Premier League at the first time of asking.

Chris Armstrong bagged 22 league goals that season, including four in a remarkable six-game winning run that crowned the south Londoners league champions for the first time since 1978/79.

Next up is 1996/97, a season which may be remembered for one iconic 89th-minute winner and one iconic line of commentary, but the campaign included much more than just a David Hopkin beauty.

Palace battled through adversity again to overcome their relegation heartbreak of 94/95 at the second attempt, having cruelly missed promotion the year before after losing the play-off final to Leicester City. The club buried the ghosts of its Wembley past just 12 months later, however, with that phenomenal Hopkin goal against Sheffield United.

And if not for anything else, the 96/97 season review is worth it for the kit alone. 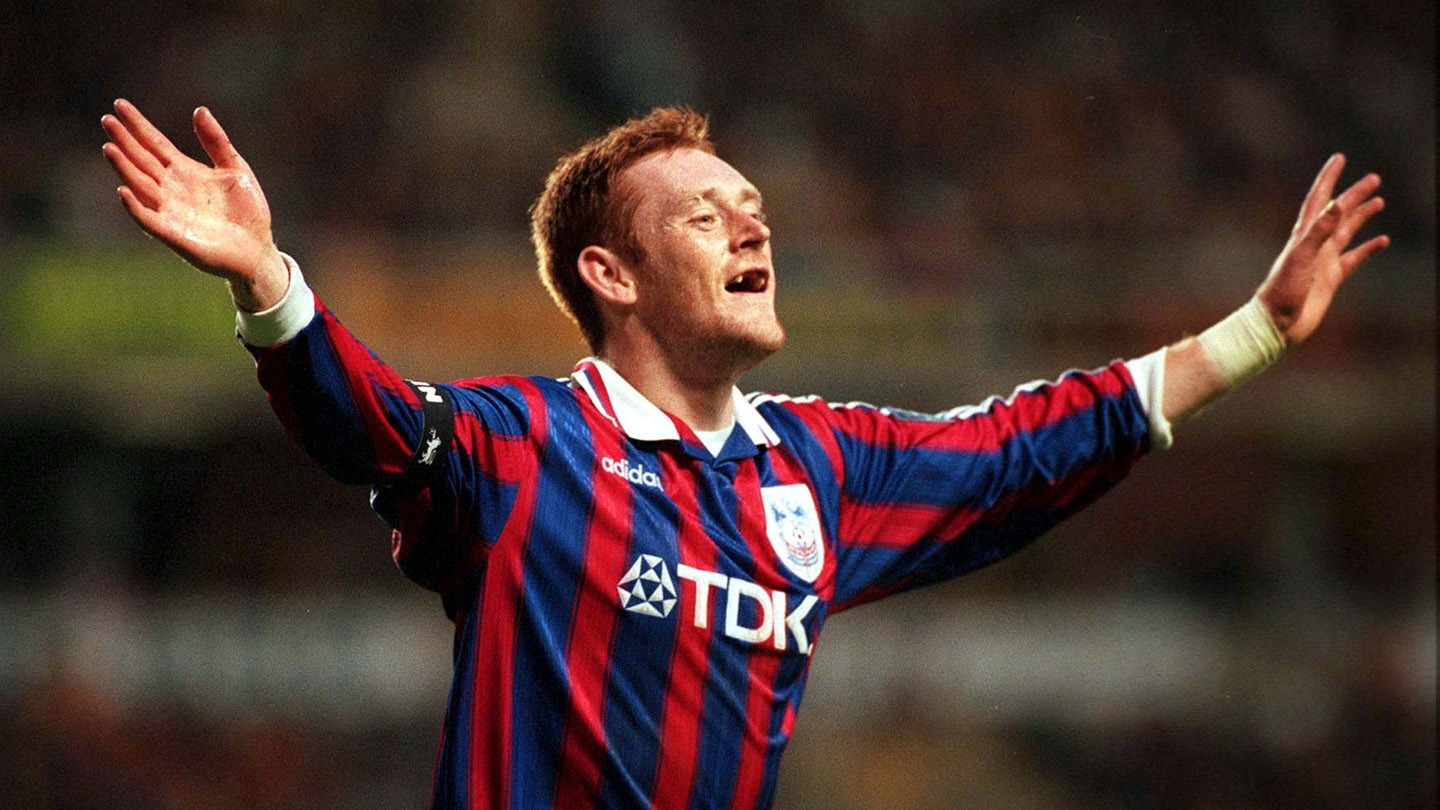 2003/04's highlight - the second of three Palace play-off triumphs - came thanks to Iain Dowie's militant coaching, rescuing the club from a potential relegation battle to emphatic promotion against clear favourites West Ham United at the Millennium Stadium in Cardiff.

Andrew Johnson stands out for his Player of the Season impact and 28 goals - including four in the Eagles' final four league matches.

And finally, our most recent step in to the Premier League: 2012/13. Glenn Murray's 31 goals remain a Championship record for a single league season and fired the club to yet more play-off final heroics, this time culminating in Kevin Phillips' extra-time penalty putting Palace past Watford and into the top flight.

That campaign preceded seven seasons and counting of Premier League football, making it one of the most seminal times in the last few decades.

Enjoy all four of the above season reviews now and fill your days in the best way possible. Click here, enjoy them and support a fantastic charitable cause all the while.