Few footballers can be regarded as a true legend for more than one club. Typically, it’s one, the other, or none.

Nigel Martyn however - a player accustomed to managing the impossible - has been lionised by fans of four separate clubs. In a way that’s rare in football, his various stints are regarded fondly by everyone who has supported him, especially those from Crystal Palace.

Martyn was voted into Palace’s Centenary XI, which sought to create the greatest side of Eagles players from our first 100 years. He notched up an impressive 349 appearances between the posts for the red and blues.

Here's what 'Big Nige' had to say when we spoke to him last season.

Crystal Palace won the 1991 Full Members’ Cup with Martyn keeping goal for the Eagles. The final was a 4-1 win over this week’s opponents Everton. Notably, Ian Wright scored his first of the day’s two assisted from distance by the Palace No.1.

“At that time we had a good side and we finished third that year in the old First Division. That, by all means, was a big feat. [The Full Members’ Cup] wasn’t the most important once we started it but obviously the further we progressed the more important it got for us and then, you know, it was a Wembley final. We did take it seriously come the end of the tournament. We really desperately wanted to win it.

“Looking back I can remember making a save from Dave Watson from quite close in and I think it [the game] was 1-1 and it went into extra time. I think this [save] was before the final whistle of the full 90 minutes. So if they’d scored, they would have won 2-1 so it was quite an important save. We just took off from there really and proved a bit too strong going on into the extra time.

“[Winning] was great. Obviously the year before we lost the Cup Final to Manchester United in a replay and that was disappointing so it was good to get back to Wembley so quickly and to win a cup. To see Geoff [Thomas] go up there and lift it was a great moment for us all really and for the club.” 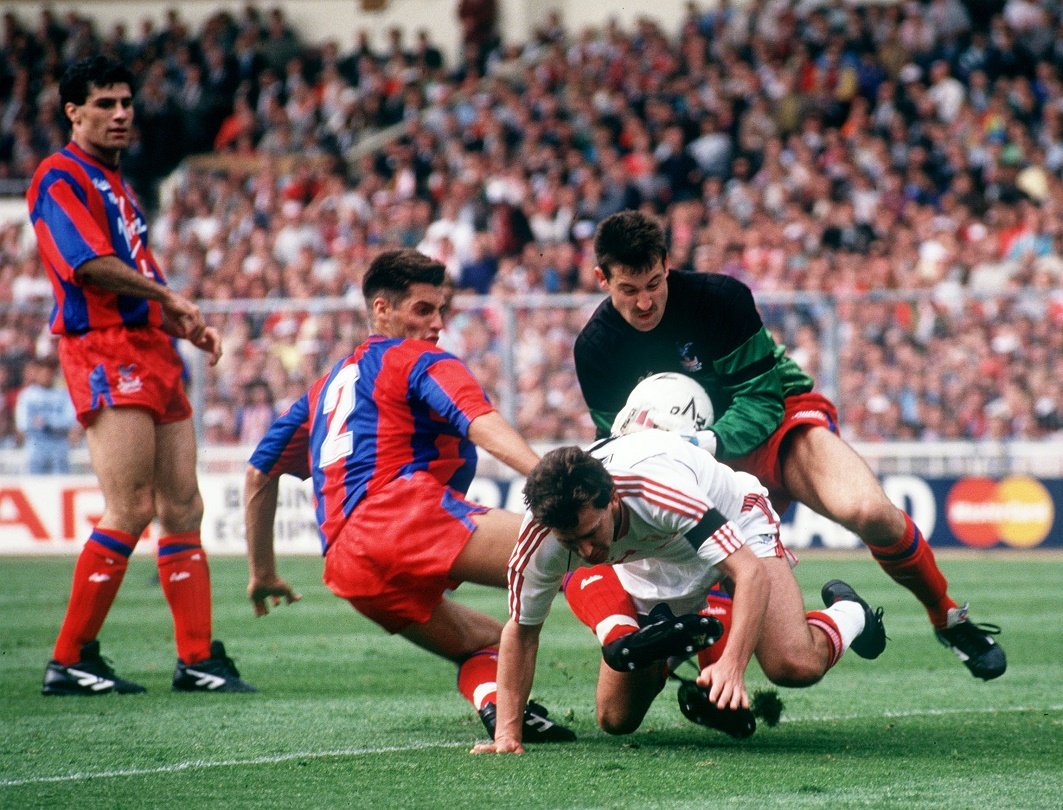 “We were made to suffer” - Missing out on Europe

Despite coming runners-up in the 1990 FA Cup and finishing third in the old First Division, Crystal Palace were not allowed to compete in the UEFA Cup due to the ban on English football teams playing in Europe. The south Londoners were kept out in 1990 and then again in ‘91 as Liverpool were permitted to re-enter, thus assuming the Eagles’ place.

“We were made to suffer and we missed out because had we have had European football, that might have been enough to make some players stay. The chance to go to Arsenal was a big one for Ian but perhaps if we’d have been in Europe he’d have wanted to stay and similarly Geoff Thomas and Brighty.

“The unfortunate thing about that was that we had a really good manager in Steve Coppell, we had a great side at that time that really could have gone on to bigger and better things. If [Europe] was still in place maybe we could have kept that team a bit longer.”

"A really nice way to finish" - Playing for Everton

Martyn went to Everton from Leeds in 2003. He had previously been the first ever goalkeeper to cost £1 million when he signed for Palace and then re-set his own record for a ‘keeper’s transfer fee when moving to United for £2.25 million. He moved to Everton aged 36 and found some of the best form of his life there, seeing the club achieve their highest ever Premier League finish of fourth in 2005.

“I’d spoken to David Moyes and he said that Richard [Wright] had an injury and was really struggling with it at that time. There was a strong chance that I could get in the team and he did promise me that if I got in and did well I’d remain in the side so it was an opportunity for me to get back and start playing again. I felt like I still had two or three seasons in me and I wanted to play in the Premier League.

“I was thankful to David Moyes and Everton for giving me an opportunity and I had three great seasons there. I had a great time at Everton, it was a really nice way to finish my career.”