In an exclusive interview for the latest 'Down Memory Lane' in support of the FA's Heads Up campaign, Crystal Palace pair Gary O'Reilly and Nigel Martyn reflect on the 1990 FA Cup final against Manchester United and propose their explanation for Steve Coppell's use of super-sub, Ian Wright.

Wright had fractured his shin twice before the Cup final took place, and Coppell was forced to start the talismanic forward on the bench in the biggest game of his career.

But, come the 69th-minute and with the score 1-2 in United's favour, the Palace manager turned to Wright and gave him his orders.

Or, as O'Reilly suggests, "he was so fed up with him in his ear!"

"'I’ve had enough," O'Reilly says, imagining Coppell's thoughts. "'Get him on. Get him out of my sight. Get him on the pitch, I don’t need him in my ear any more!’

"But then again," O'Reilly continues with his own views, "at that moment, the best thing you could probably do for Ian was to make him sub because he would just ratchet up everything and then you just [O'Reilly makes a wooshing sound] release him.

"As a defender, Wrighty would twist your blood. He had the capability. A bit like… we were up at Old Trafford that season and... I looked at the teamsheet and went: 'Mark Hughes is on the bench, fabulous.' 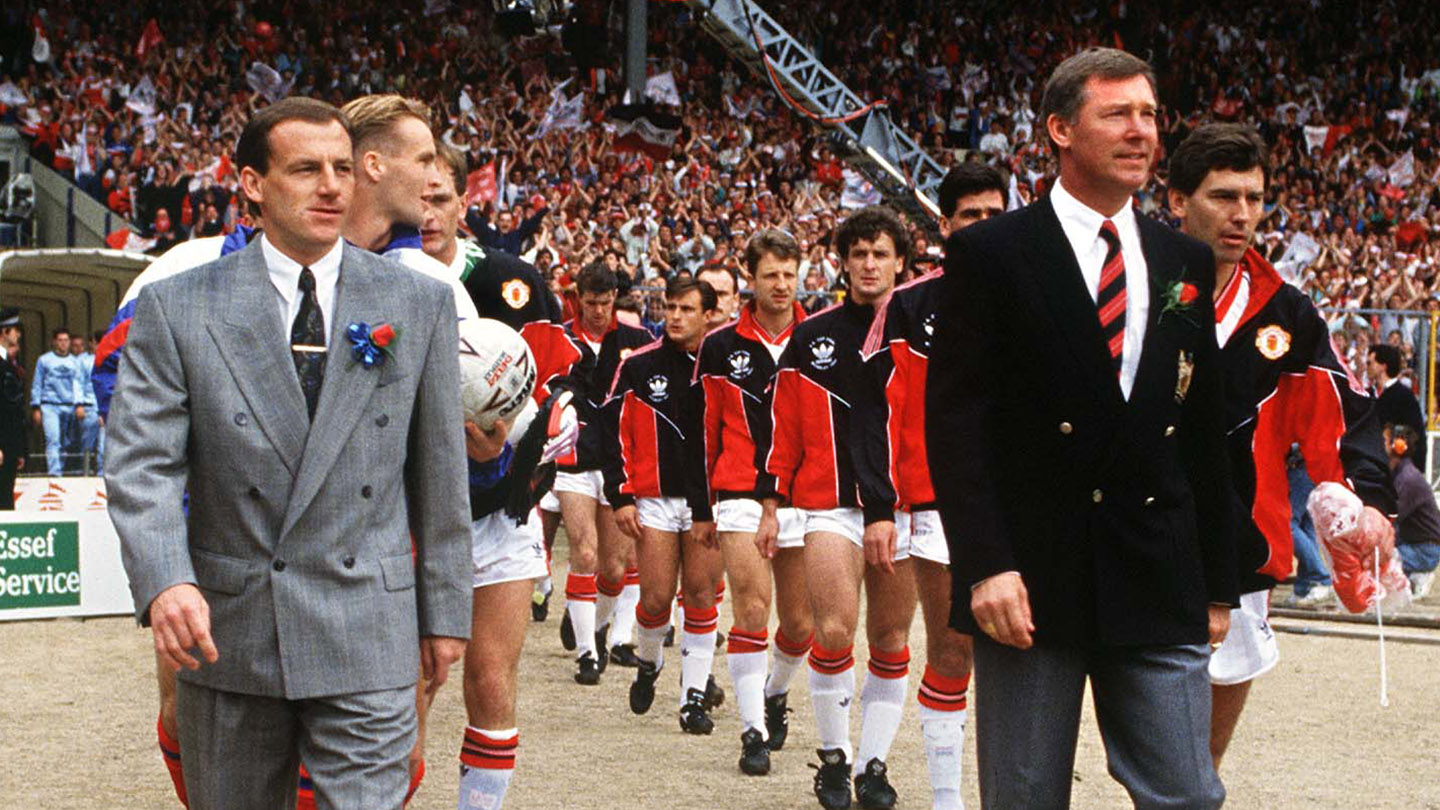 "Strikers of that calibre, for defenders, are great when they’re on the bench. I’ve probably got at least 45 minutes of him being there [the bench] rather than him being here [the pitch] giving me a torrid time."

Stalwart Palace goalkeeper Nigel Martyn agrees, and recalls a time from his England days when a Manchester United star shared the sentiment.

"I spoke with Gary Pallister not long after [the Cup finals] in an England squad and he said after the first game he was petrified we were going to play Wrighty from the start [in the replay]. Absolutely petrified because he got turned inside out and he said he hated playing against Wrighty, always.

"He said when he saw the teamsheet and saw we weren’t playing Wrighty, he was so happy."

You can hear more from O'Reilly and Martyn in a lively chat below!

This interview was part of Crystal Palace's 'Down Memory Lane' events, which support the FA's Heads Up campaign. To find out more about Heads Up, click here now.