"I don't want anyone to feel like I ever did," says Paul Price.

With Paul, there's no self-involvement with his disclosures. He doesn't want attention or praise and he doesn't discuss being "in a really bad way, contemplating all kinds" for impact, effect or an eye-catching headline. He does so because he's used to it.

He's used to it having led three walks with almost 300 football fans from Selhurst Park to other London stadiums, Craven Cottage, Champion Hill and the Emirates, providing those who joined him with a group and time to share their experiences and to open up amongst likeminded people.

And before Palace face Arsenal this Sunday, he's doing it all again.

"I know how awful I felt and what a bad way I was in," he says, "I had a decent job, a nice family and it’s just something you can’t put your finger on. It can affect anybody."

But despite his own astute and personal understanding of the effect mental health issues have, Paul speaks with fluency and ease on a topic harrowing people's lives across the country.

With suicide being the biggest killer of men under 45, Paul wants to make a difference for football fans: a demographic often overlooked psychologically. 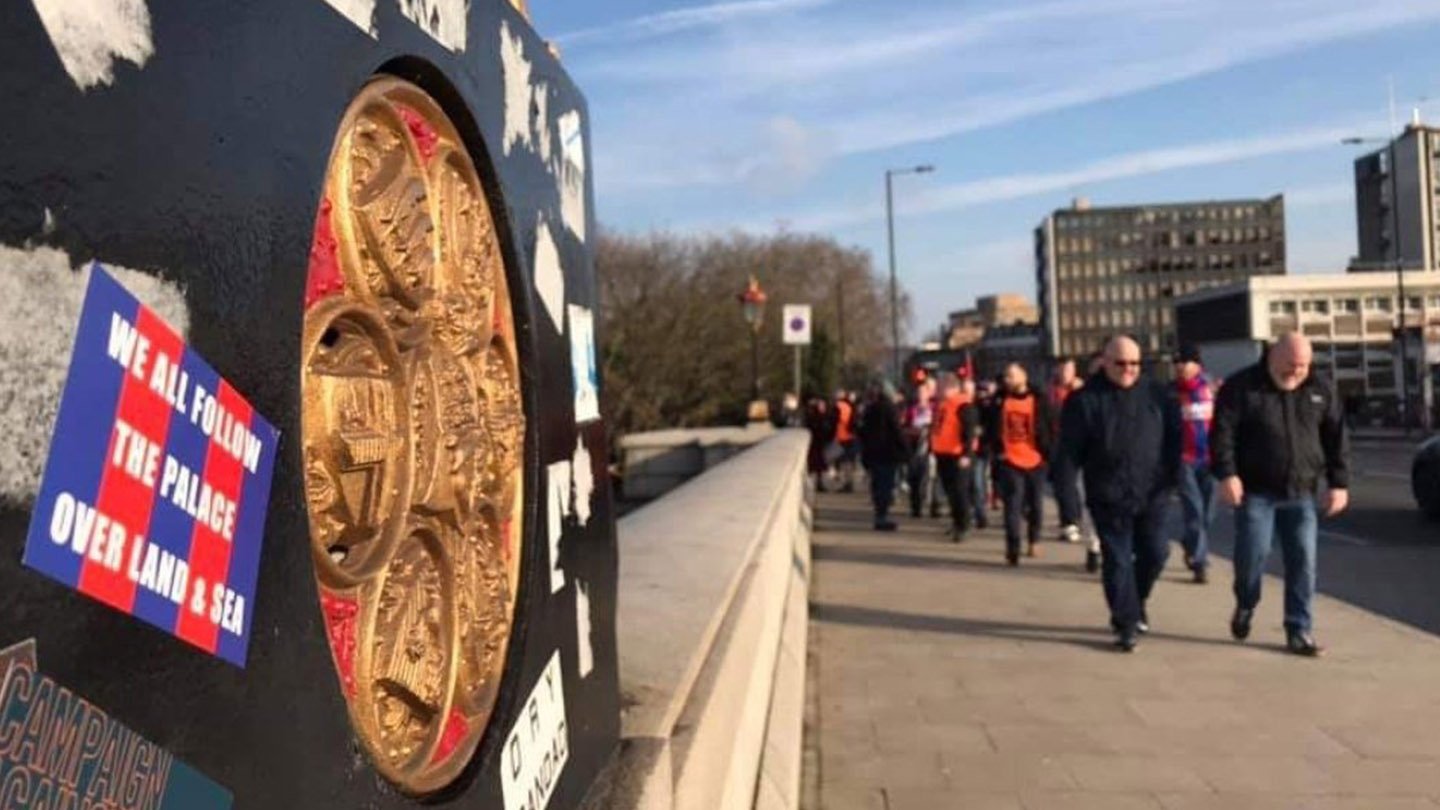 "The aim of the whole thing is to encourage people to make that little jump and for some people just seeking help is massive.

Anyone can join the walk, which follows a 12-mile trail, starting at 9:00 at Selhurst Park and finishing at 16:00pm at the Emirates Stadium via several pubs for people to rest their feet and join or depart where appropriate.

But gathered together under the banner of football, those problems can be shared and relieved. 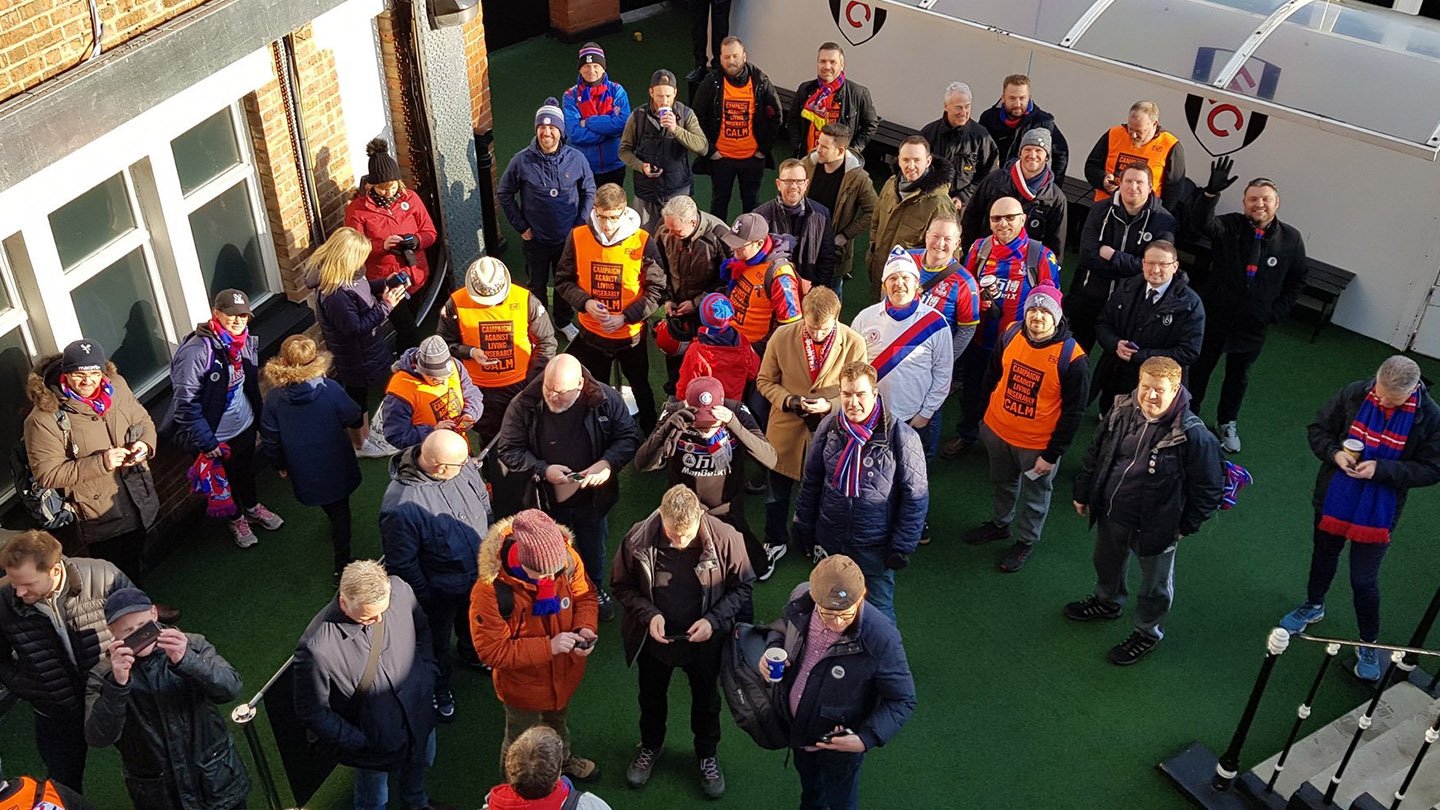 "Loads of people have come that I don’t know," Pauls says. "People are chatting to each other on the actual walk. People were so open on it as well and that’s empowering.

"For some people, taking it from that to something else is a huge jump. What we noticed was that there were loads of people walking along saying: ‘In this year, I suffered this,' and that makes it sound like a really negative experience but it was so positive and that’s what it’s about.

"There were a lot of positives just generally and I think it was a feel-good event. Everyone came out of it and they were buzzing."

For this event, Paul has teamed up with Samaritans, who have picked up on the walk and are supporting it by bringing volunteers along to speak with attendees before the walk begins. The Samaritans' representatives will then join the trip and provide t-shirts.

From being "in a really bad way" in 2002 to today, Paul has managed to pull himself from hard times to now support others, to provide them with a day that can offer struggling fans the chance to open up without fear of prejudice or judgement.

Perhaps, then, Paul doesn't speak about his own experiences and those of others with ease and fluency because he's used to it, but because he knows there are ways to get better.

His fantastic walks are a fine example.

You can join next Sunday's easily - just drop Paul an email by clicking here. "I'd be happy if 200 people turned up," Paul ended our interview with - so don't hold back. You can check out the timetable for the pre-Arsenal walk below.

Alternatively, anyone can contact Samaritans for free any time from any phone on 116 123, even a mobile without credit. This number won’t show up on your phone bill. 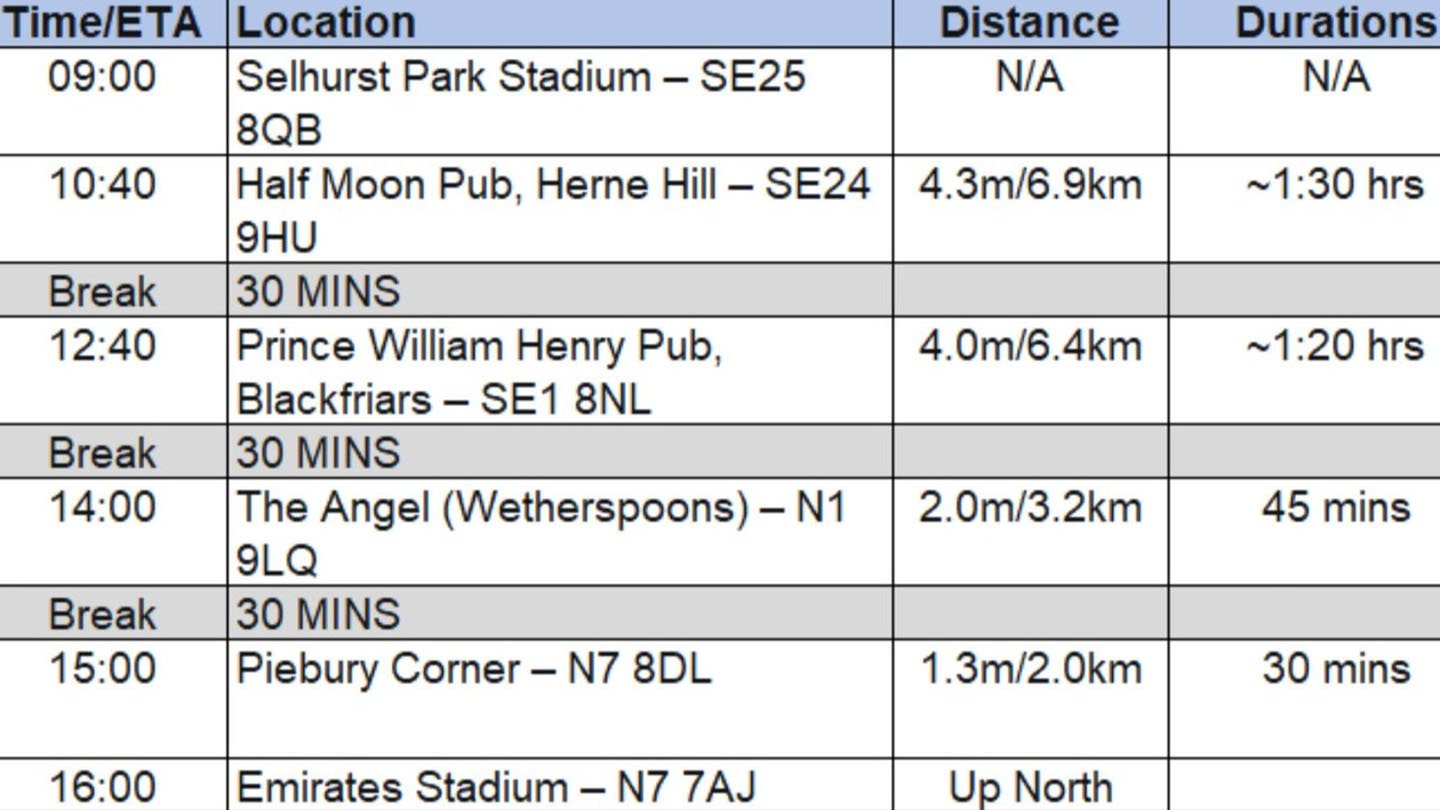