Football is full of ‘sliding doors’ moments and Kevin Phillips firing home that penalty in the sun at Wembley against Watford in extra time is perhaps the biggest one in Palace’s history.

Since then, the Eagles have established themselves as a Premier League team and under Roy Hodgson’s management are well-placed for their highest ever finish when the 2019/20 season recommences.

The play-off run of 2012/13 will forever be remembered by all those associated with the club, and over the years we’ve spoke to fans, players and management about their recollections of that 120 minutes at the home of English football.

Below, we’ve hand-picked a few standout comments from the boys in red and blue who got us over the line and back to the top flight at the end of that campaign under Ian Holloway. 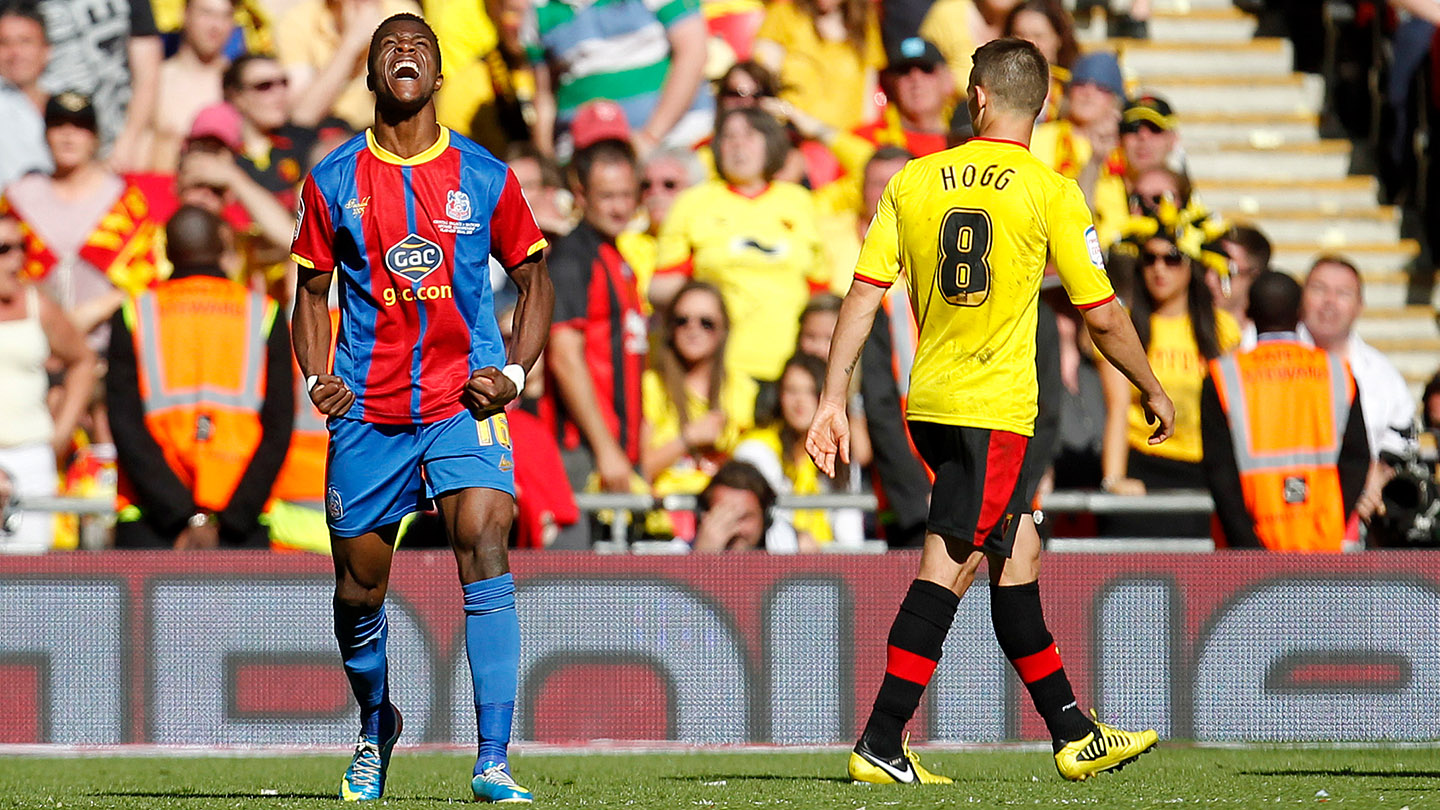 "We dominated that game. I remember getting on the ball a lot and we made a lot of chances. But the defining moment was the penalty. There are a few things you can do as a player when you just know a defender has no choice but to dangle their leg out.

"Against Watford, when I’d taken on the full-back, I put the ball in a space between us, but at a 70/30 chance that I’d get to the ball before him. However, because it’s between both of us I knew he’d have to put his leg out.

"That was my first game at Wembley. The whole excitement was just crazy. To win there was unreal." 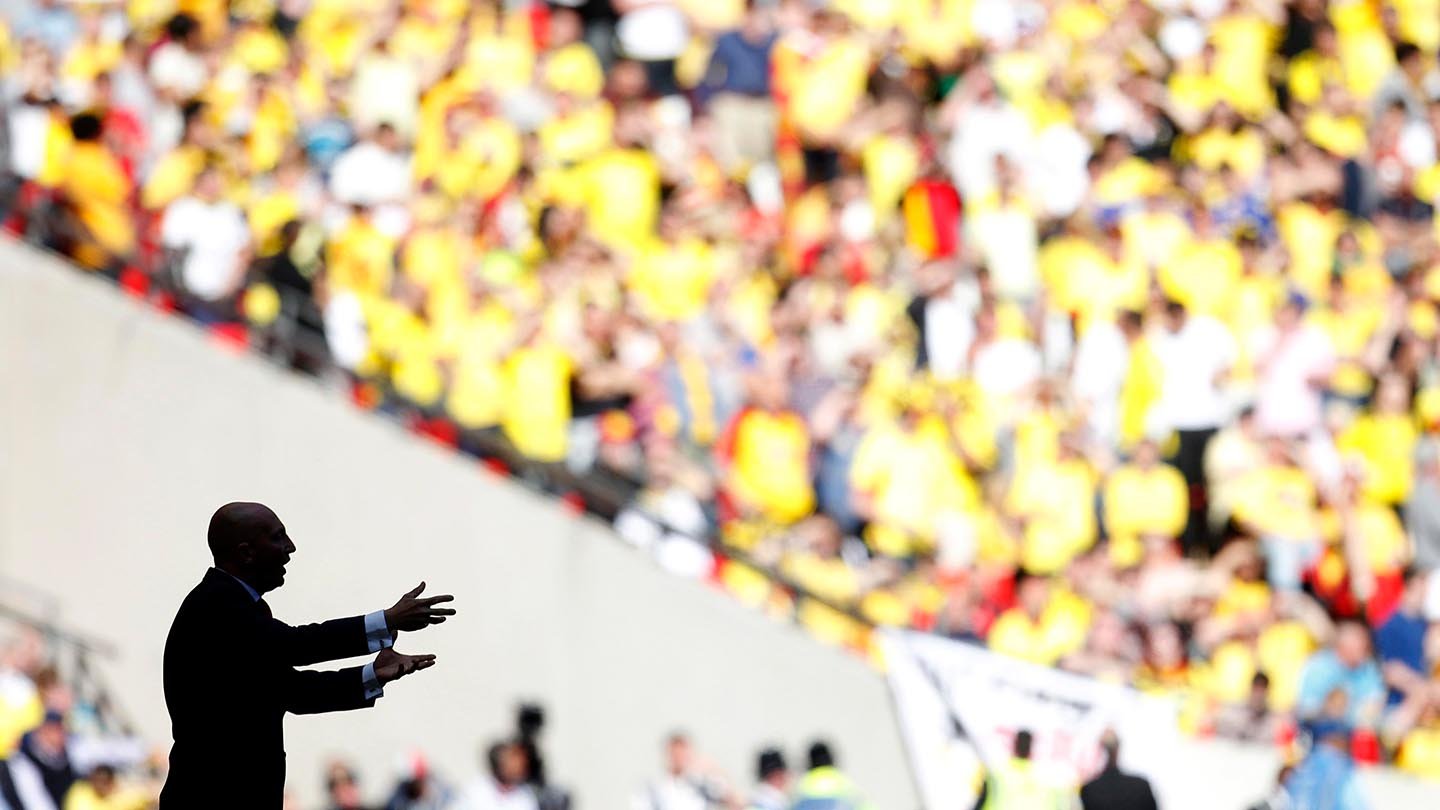 "I made a plan for Wilf to go with their worst defender - I said: ‘Keep running at him and you’ll get a penalty, mate, just keep taking him on and he’ll get booked or sent-off.

"They [Watford] moved him four times to try and get him away from Wilf: put him left-back, put him right-back, put him sweeper and I just said: ‘Stay there.’ My lads knew, so they all moved and we kept feeding Wilf. And what happened?" 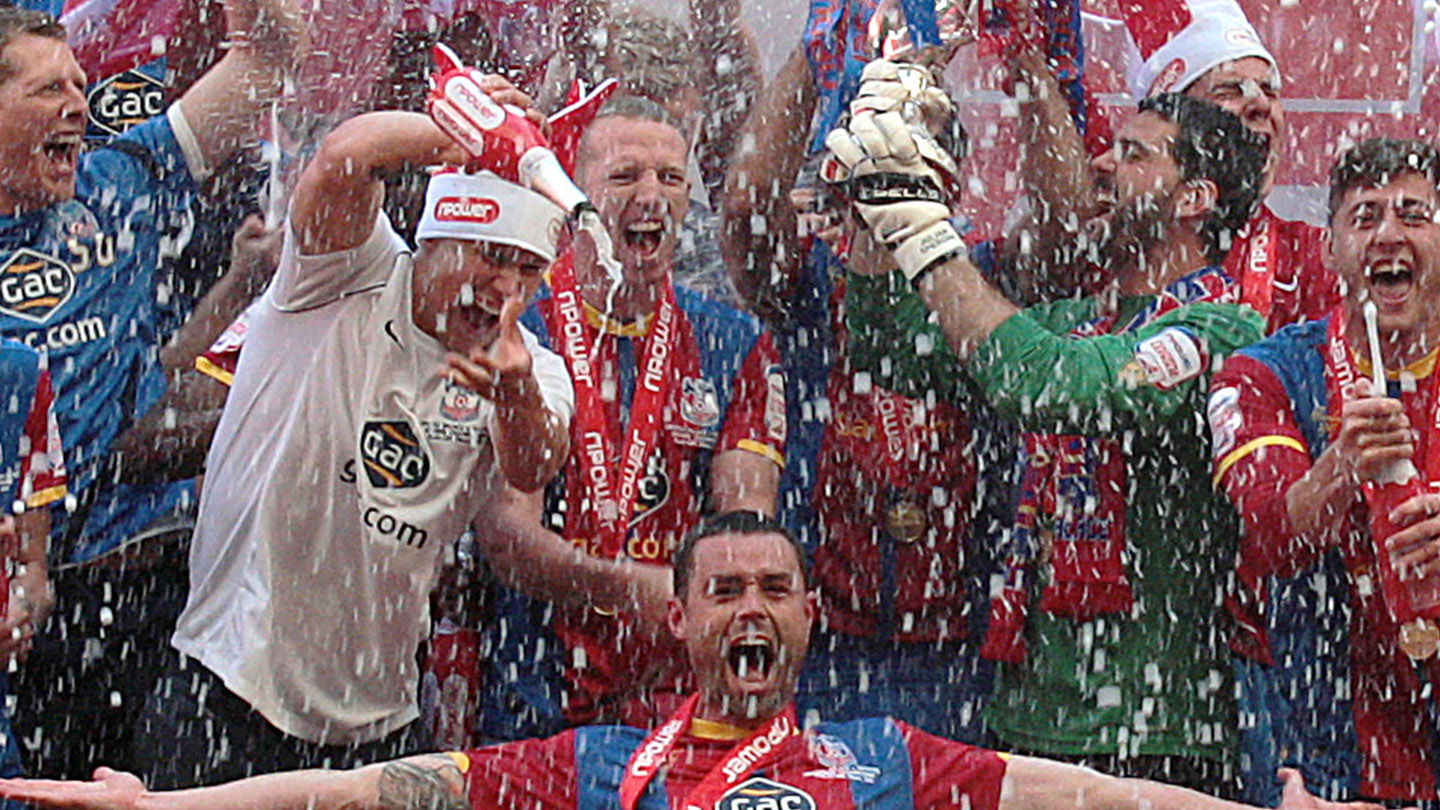 "The one person who has had probably more experience in these pressure cooker type environments takes the penalty. It pains me as a Geordie saying I wanted a Mackem to score – it’s the one time I ever celebrated a Mackem scoring a goal!”

On the moment the cameras caught Delaney and himself crying

If you are a football person please join the challenge of posting a football photo. Just one picture, no description. Please copy the text in your status, post a picture and look at some great memories/pictures... pic.twitter.com/XLFXcHBCks

"Me and Damo were the first to go up with Paddy. We didn’t realise everyone was still on the balcony hoicking the trophy up in the air and we had just kind of wandered off in a bit of a daze and Damo just broke down.

"I don’t remember the camera being there. It was probably one of the most iconic moments of my career: me and one of my best mates in football just bawling our eyes out. We were both in no man’s land. Ipswich didn’t want Damo, no one wanted me but Dougie brought us together. We had a bond from our time at QPR.

“I didn’t even realise that it was panned up on the big screen. It wasn’t until afterwards when my mum and dad said that she cried more at that than the game. Just two mates sharing a moment. A band of brothers.

“It was incredible that this team - that was built up of mainly free agents, no-hopers and players people didn’t want – became one of the best teams I played in.”

“The club put on this incredible party back at the hotel. The cup had every alcohol possible poured into it. Steve Parish took us out to a club and me, Jonny Williams, Joel Ward and a couple of others ended up at some breakfast place at 6 in the morning.

"My missus and kids were still at the hotel. I stumbled in. I packed my stuff up and sent the family home and we carried on in our club suits for a Monday fun-day." 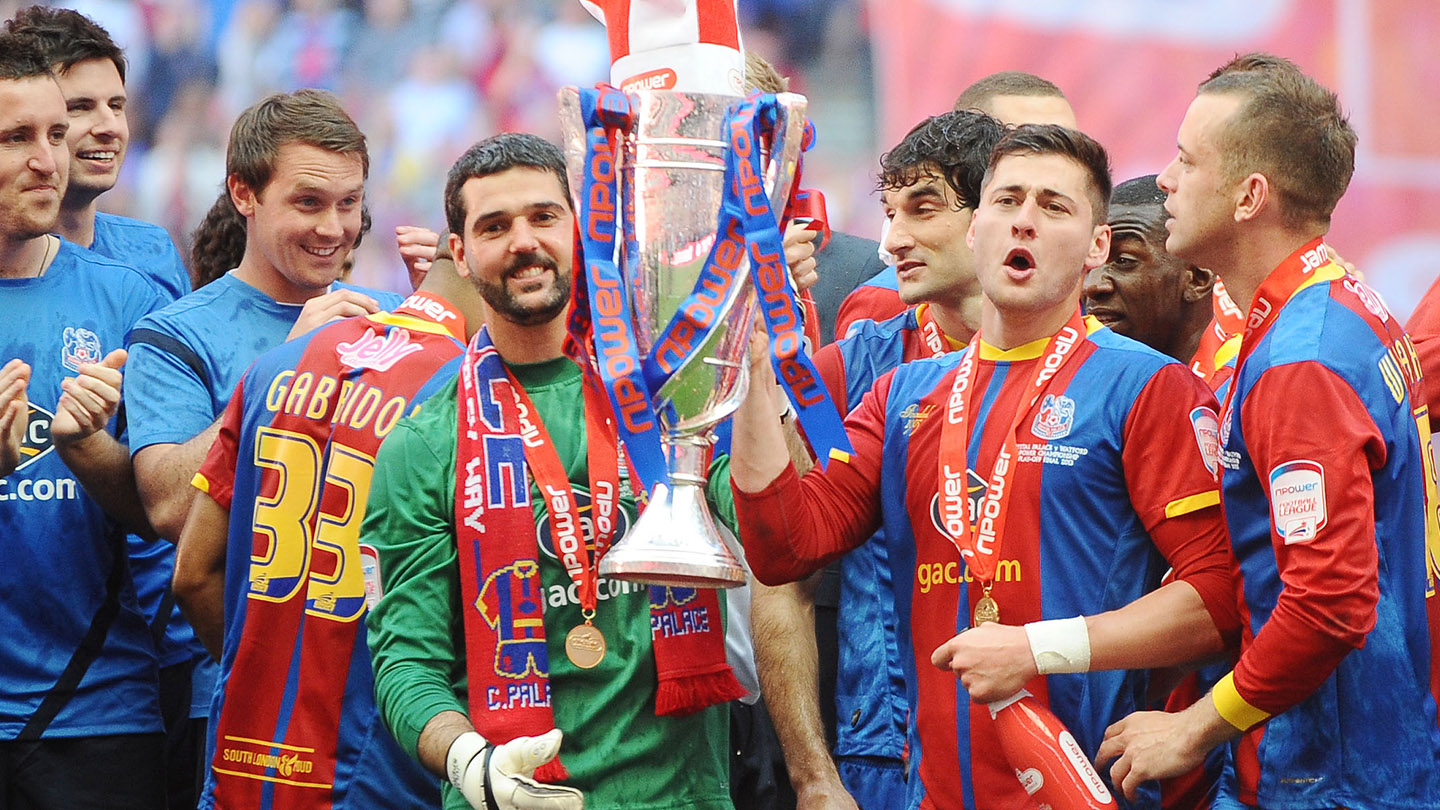 "The gaffer took us to the stadium the day before, to go and see it, to go and be a part of it, to see where the family were going to sit. It wasn’t new when we walked in there [the next day].

"Although the set-up didn’t really change in terms of our preparation - we prepared in the same way we would for any other game in the season - I think there was that element that you’re going into a play-off final and you’ve got to try to keep your nerve, you’ve got to try to keep your head and your focus and I think doing that the day before to soak it all up was something that helped us and benefitted us.

"To be a part of the promotion team and to go to Wembley on that day – the first time I’d really been involved in a game at Wembley – to be an integral part of that was something special and something that I still pinch myself about to this day.

"It’s great to have been a part of that and to have been at the start of that as well. It’s something special and something that will live with me for the rest of my life really. I think you can’t not celebrate. The emotions and euphoria of it all is just incredible. It took a while to sink in: I think you couldn’t have written a script any better than we did in 2012/13."

Don't forget at 3pm today Palace TV and our official YouTube and Facebook accounts will be showing all 120 minutes from Wembley in 2013 for free.