Wolverhampton Wanderers manager Nuno Espirito Santo stands out from his peers in the Premier League as a former goalkeeper. Despite their leading, vocal presence on the pitch, very few shot-stoppers make the transition from the turf to the dugout.

Over Palace’s history, only three of the 49 men to have led - for any number of games - the club had at one point been a professional goalkeeper.

We’ve taken a look back at each of them.

Palace’s first goalkeeper-turned-manager led the club throughout the Second World War, taking charge of 45 competitive matches over an eight-year period.

Irwin first made his name known in south London as a player, moving from the Midlands after an unsuccessful time with West Bromwich Albion.

He joined the claret and blues as an understudy to long-serving icon Jack Alderson and so did not feature regularly under manager Edmund Goodman. Two seasons after signing, Irwin departed for Reading, where he would wind-up his playing career.

When he returned to Palace in 1937, Irwin was a coach with an FA Cup to his name. Winning the tournament as Sheffield Wednesday’s assistant manager in 1935, Irwin would have held high aspirations for his move to third-tier Crystal Palace, dropping down the leagues significantly.

Football in England fell into a disorganised tangle of regional leagues and micro-tournaments which ran for varied lengths of time, however. At the helm of the club, Irwin won three regional leagues (1940, ‘41 and ‘46) but struggled to maintain the south Londoners’ form with the reinstatement of organised, structured football in 1946.

Competing in Division Three South, Palace finished in a poor 18th place and Irwin resigned from his role, stepping down to instead become a scout before joining Darlington in 1950.

Two seasons at Darlington followed before Irwin called time on his life in football at the age of 61.

Perhaps Irwin’s most glorious time in charge of Palace came in September 1942: an 8-1 victory over Brighton & Hove Albion.

Spiers is the only one of Palace’s three former keeper-turned-managers to have not represented the club as a player.

Just 12 when World War One broke out, Spiers’ first experience of competitive football was with Halesowen Town, a few miles from his birthplace in Witton. The shot stopper first made his name with Aston Villa, debuting for the Villans aged just 19-years-old on Christmas Day, 1920.

At Villa, Spiers’ life would experience a miraculous turn when he was released by the Birmingham club following a career-ending injury in 1927. However, taking a huge risk and gambling on experimental surgery, he was able to return to football for seven more years and play for Tottenham Hotspur.

Dropping down a division, Spiers rescued his career from early termination at the age of 25 and became a stalwart between the sticks with Spurs. However, injury was to blight him in 1933, forcing him into his first experience of coaching, becoming the legendary Frank Buckley’s assistant at Wolverhampton Wanderers. 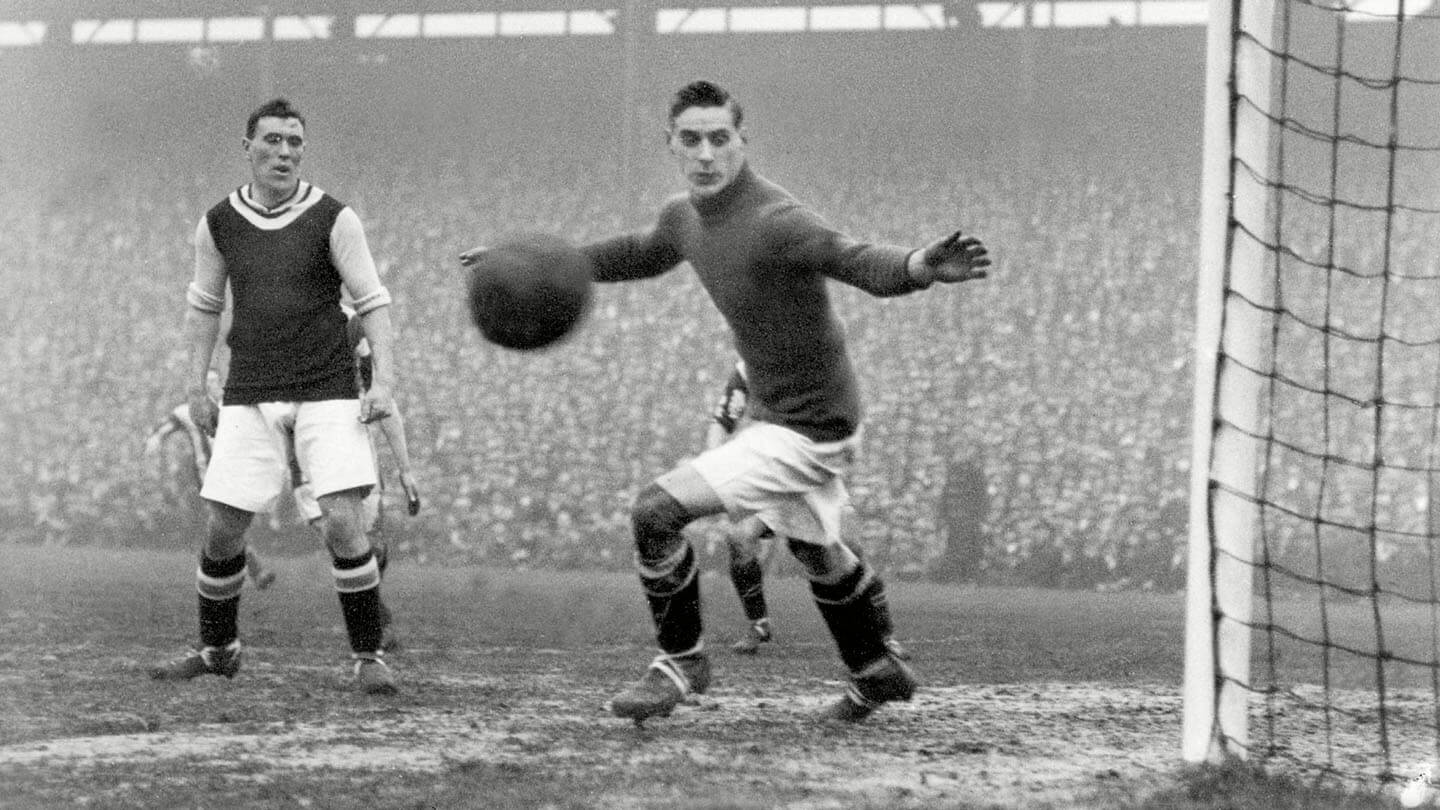 Senior management eventually called through Cardiff City during World War Two, Norwich City and then a lengthy return to Cardiff before joining Palace in 1954.

Spiers’ four-year career with the Glaziers was largely unremarkable in terms of league performances, though the manager can be noted for having nurtured and entrusted a high number of young prospects during his time in south London.

Notable names include goalkeeper Vic Rouse, forward Ron Brett - who tragically lost his life aged just 24 - Mike Deakin and the iconic Johnny Byrne, who signed his professional contract with the club on his 17th birthday.

Spier was at the forefront of finding and developing exciting, young talent but failed to heave the club away from the bottom of the league and finished second from bottom in 1957.

The next season, with the Third Division splitting into two to form new national Third and Fourth Divisions, Palace finished 14th but were sent to the fourth tier of English football regardless as the bottom half of the table were demoted.

Graham first appeared for Palace whilst a member of the RAF during the Second World War, playing matches as a ‘guest’ goalkeeper.

By 1946, he had joined the south Londoners on a permanent basis and would go on to play over 150 times for the club.

Graham enjoyed success as a player at Palace, and his brave performances often saw the Glaziers succeed. However, when back injury plagued the end of his career and forced him to the sidelines, the club finished bottom of the league twice in three seasons. 12 years later, after being assistant manager to the great Bob Stokoe at Charlton Athletic, Graham returned to Crystal Palace.

Taking over from Arthur Rowe - who once managed the club against Real Madrid and would briefly return following Graham’s departure - Graham steered Palace to 11th in the Division Three South, with relegation having been a serious threat prior to the manager stepping up.

The next season saw Palace vie for promotion - matching the ambitions of the club under chairman Arthur Wait - and climb up the football pyramid in May.

In 1964-65, Graham led Palace to a place in the FA Cup quarter-finals for the first time in nearly 60 years and a seventh-placed finish in the Second Division, which was the club's highest ever league position at the time.

The following campaign, Palace finished 11th and Graham departed for Leyton Orient. He would go on the be best known for orchestrating Colchester United’s iconic 3-0 win over Don Revie’s Leeds United in the FA Cup fifth round of 1971.