In May 1979, the Crystal Palace squad faced their final and most important game of the season when Burnley travelled south to Selhurst Park.

Meeting teammates nearly five hours earlier than normal, Vince Hilaire and the rest of the Crystal Palace squad were fully alert to the significance of the game they were set to play and the impact it would have on the course of the club’s history.

"We were under no illusions that it was just another game," Hilaire recalled, speaking with cpfc.co.uk in 2017. "We came out of the hotel and in the coach it took us about 45 minutes for a five-minute journey because of the crowds."

The crowds had gathered for the denouement to a successful 1978-79 season under Terry Venables, which saw the club holding a chance to gain promotion from Division Two to English football's top flight.

SEE ALSO: Up to 30% OFF everything in the Club Shop this Black Friday

As the campaign came to an end, a handful of draws slowed the Eagles' league progress, but Palace held a vital game in hand over their top-four rivals. After most clubs in Division Two ended the season on different dates as a result of postponed winter fixtures, the league’s promotion-chasing sides had ended their seasons. The only one still going, of course, was Palace’s.

So, on 10th May 1979, Brighton & Hove Albion stood top of the table with 56 points, Stoke City sat second also on 56 points, Sunderland were third with 55 and the Eagles were fourth on 55 with one game to play after David Swindlehurst netted against Leyton Orient the Saturday before. 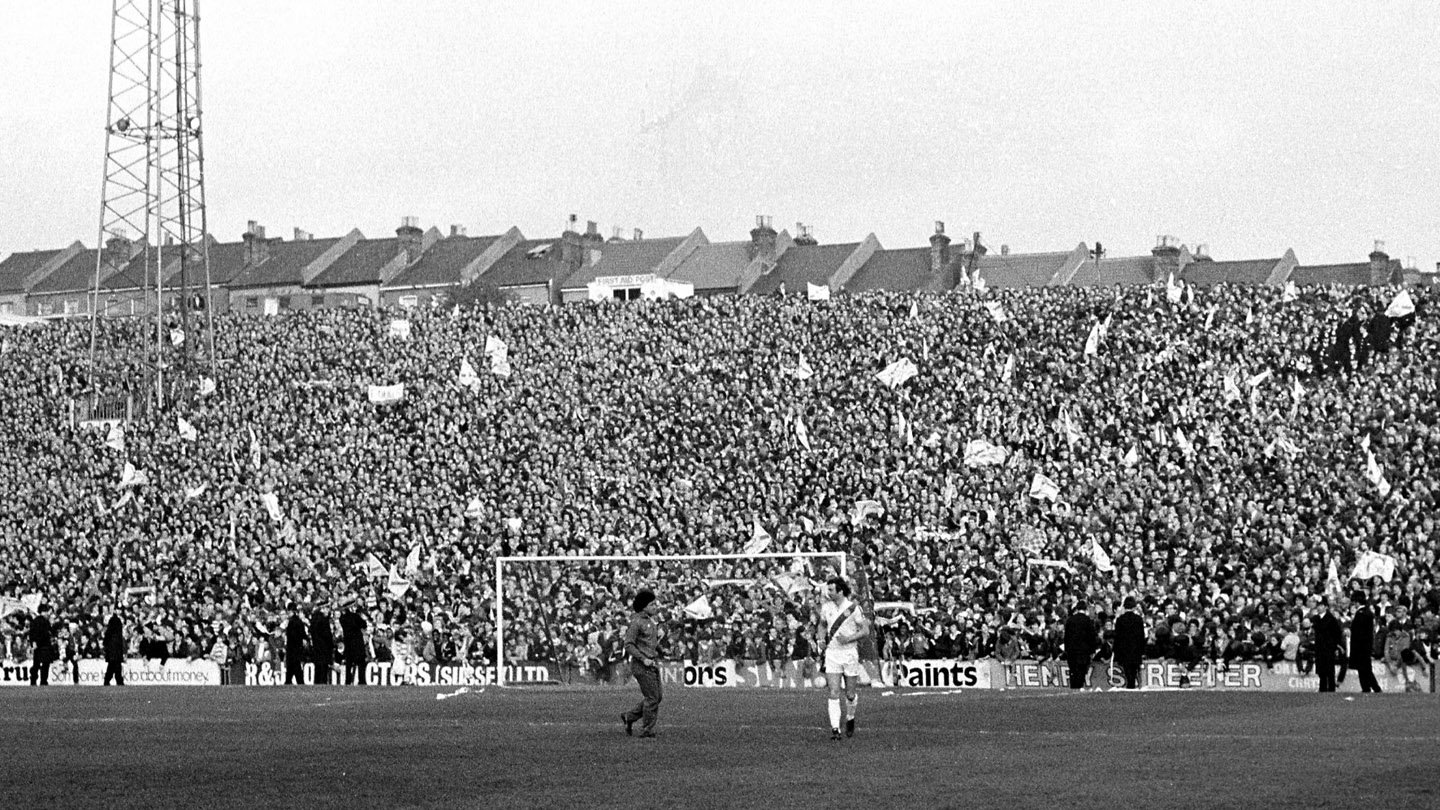 Sitting for an early lunch hours before kick-off, the Eagles’ prognosis for their final fixture was clear: lose and another season in Division Two beckoned, draw and promotion would be clinched, win and they would secure the championship from under the noses of league leaders Brighton.

With the lunch digested and the bus having forced its way through the packed Croydon streets, 51,482 supporters crammed into Selhurst Park for one of south London’s most iconic footballing nights.

Fans gathered early inside Selhurst on the Friday evening and the gates were closed long before kick-off. The given attendance of 51,801 was later amended to 51,482, but those present felt it was much greater than this. For those without a ticket, nearby perches atop surrounding trees made for an impromptu vantage point.

Despite a strong, purposeful start from the home side, Burnley provided stubborn resistance and rode their luck for over an hour, producing the occasional scare for Palace. Eventually, however, 14 minutes from time, Ian Walsh met a cross from Hilaire and the ball flashed into the net.

Jubilant fans streamed onto the pitch in the following seconds, but order was soon restored, allowing Swindlehurst to clinch the title with a right-footed drive in the 88th minute.

Hilaire, joining the celebrations after having a key role to play in both goals, later recalled a unique set-back having an apparent advantage: "Early in the match I took a bang on the head and the game was a little bit of a blur because I was slightly concussed. I got two assists so a few people said: ‘I think you should play concussed more often!’"

At the final whistle the throng of fans re-invaded the playing surface as Jim Cannon led his teammates to the director’s box. Several miles up and flying to America with the season firmly behind them, rumour has it the Brighton squad found out about Palace’s title-clinching win as their Eagles-supporting pilot broke the news.

We've got another Friday to remember today, with up to 30% off in the Club Shop for this Black Friday weekend. Don't miss out on limited-time-only deals in time for Christmas and buy here! Exclusive Black Friday offers are also available to purchase in person at our Club Shops in Selhurst Park, Bromley's Glades shopping centre and Croydon's Centrale shopping centre.