Phillips: No one was taking Palace's play-off penalty but me

It was one of the landmark moments in this club's history and, as so often happens in football, it occurred in the microseconds it takes for the flash of a boot to strike just one pivotal goal.

In the 106th minute under the relentless beating of north London sun and south London faithful, it was Kevin Phillips who watched his teammate - a 20-year-old Wilfried Zaha - felled clumsily in the Watford box in the 2013 play-off semi-final and, at the back of his mind, he knew what would happen next.

Wembley's 82,000-strong crowd did not, however, and held its breath in unison before splitting back in two; with one side erupting as a hoard of 33,000: balloons, tape et al cast away triumphantly.

Amidst the frenzy, release and deafening roar of a fanbase taken so close to 2010 heartbreak, the catalyst for celebration was the calmest, most collected figure of all. 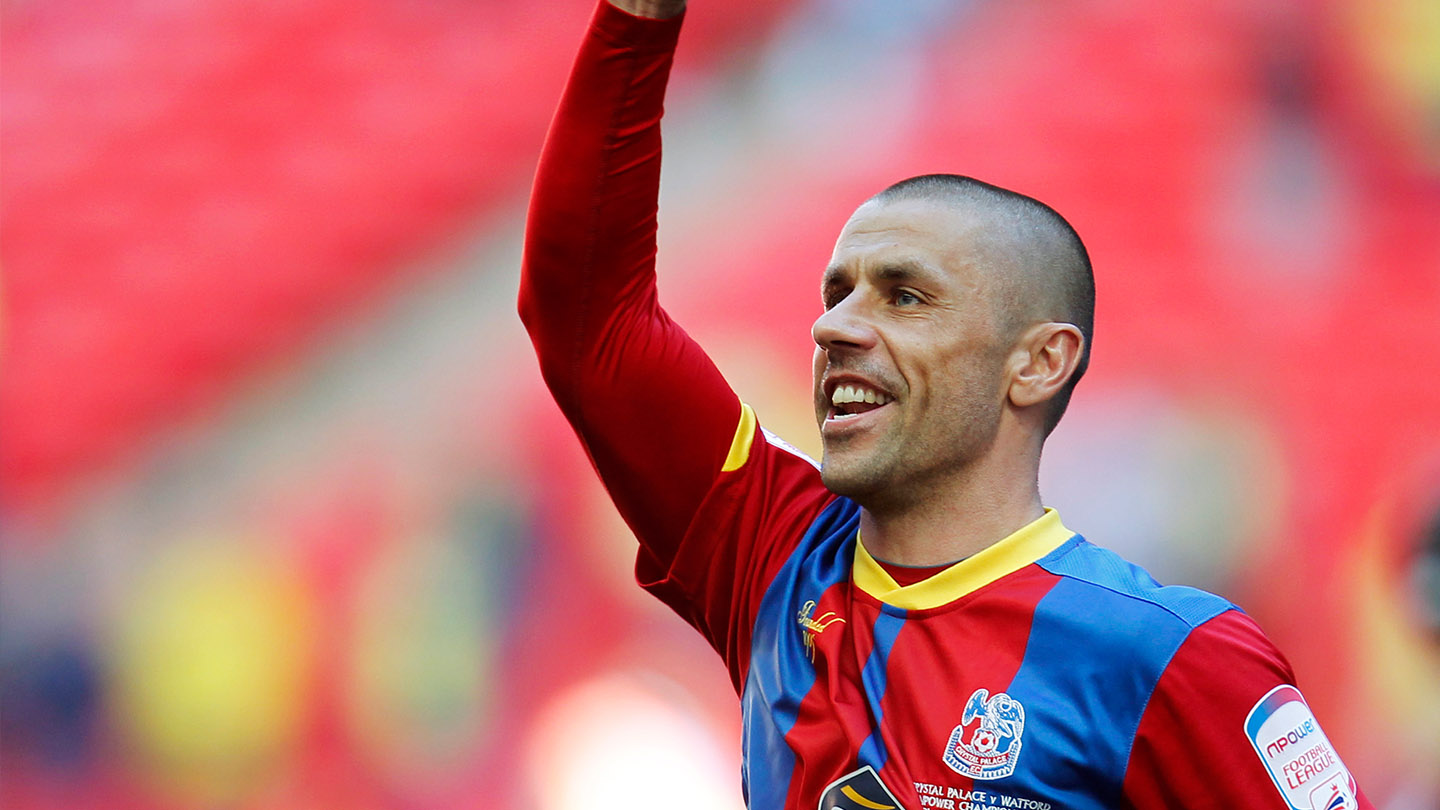 Celebrating modestly, Phillips had never doubted the outcome of his promotion-earning spot-kick.

"Bizarrely enough," he recalled, "I felt good. That’s one of the biggest questions: ‘How did you feel, were you nervous? You must have been.’ Yeah, of course, I was a little bit but I actually felt quite calm.

"I felt fresh, maybe I drew on that experience of years of playing in pressured situations. Don’t get me wrong, all sort of things go through your mind but I think ultimately as soon as the penalty went, I was taking it and no one was going to stop me.

"I just focussed on the old cliché: pick your spot, don’t change your mind, try to make good contact with the ball. When I look back now over the penalties I’ve hit in my career, I’d probably say that’s up there if not one of my best ones in high-pressure situations.

"I actually took a penalty when I left Palace for Leicester City away at Nottingham Forest and that was a game that didn’t mean an awful lot, but I was more nervous then than taking this Wembley penalty! I was quite surprisingly calm on the day."

Though Palace's promotion may have boiled down to that one fated moment, it took months of work to get the Eagles under the arch of Wembley in the first place and, when asked how it felt to have netted one of the most significant goals of the season, Phillips was keen to laud his teammates' efforts ahead of his own.

He said: "I take a lot of pleasure in it but ultimately it’s not just down to me. Yes, I scored the goal on the day but you have to think about the four or five months before I joined. The lads had performed week in, week out and had got Palace to the top of the league.

"I came in and tried to do my bit, I chipped in with a few goals towards the end of the season and obviously it ended up with me getting the most important one but you have to give credit to the whole team because it’s a team effort. And [credit to] the staff and the owners. It was a remarkable year and I’m delighted now that Palace are still in the Premier League. 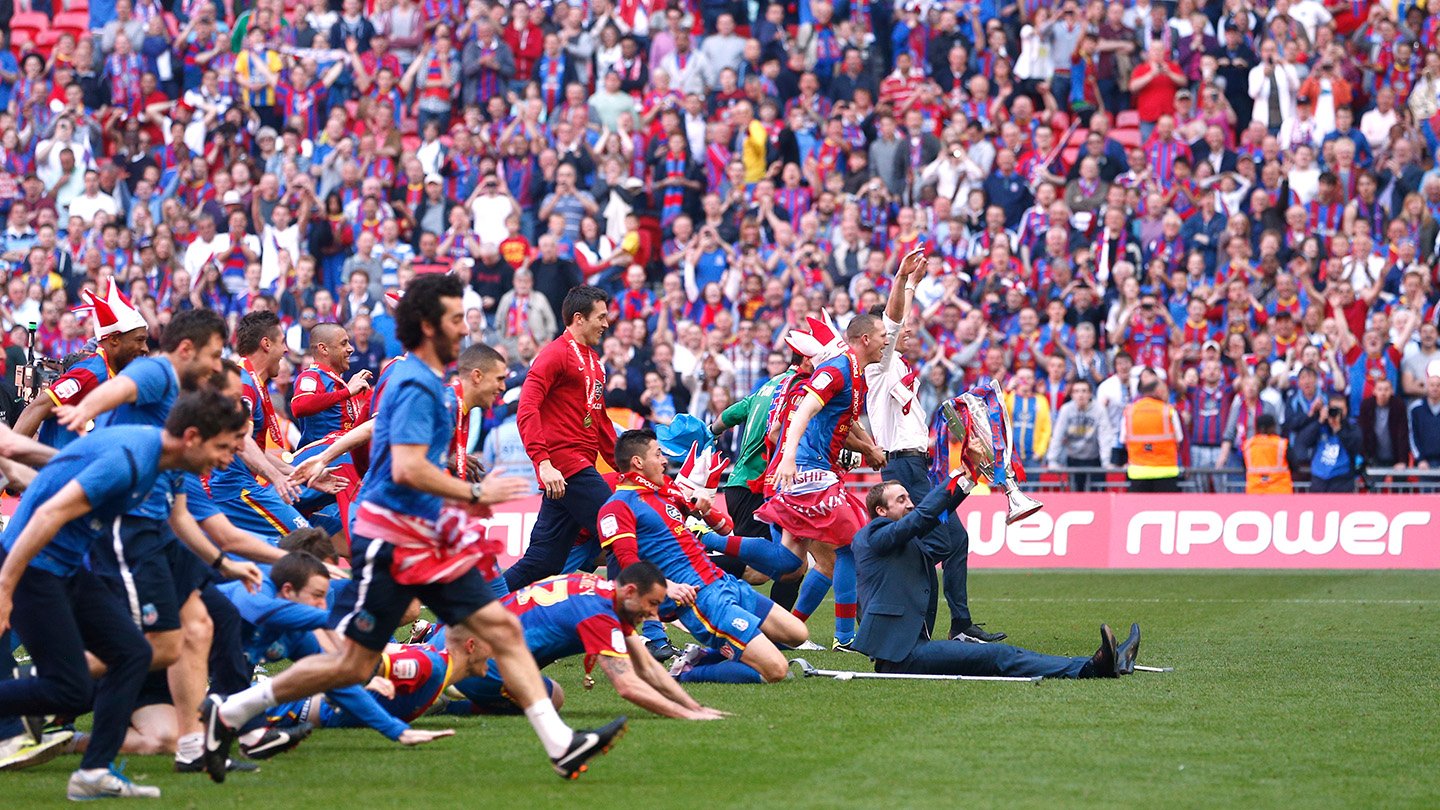 "Having played in four play-off finals and having lost the three before, I knew how heartbreaking not winning at Wembley in one of the biggest, most expensive games in the world is. I know how it felt, so to be a part of the winning squad was great."

With the final whistle triggering another effervescent release, Palace fans marked their reappearance on the Premier League stage in remarkable fashion - later going on to carry their vociferous presence across the country and back to Wembley twice.

Phillips continued to look back, saying: "The weeks after that were quite incredible really. It was a fantastic occasion, a great day and I have to say, certainly at Selhurst Park and at Wembley that day, the support was one of the best I’d ever heard. Credit to the supporters and you listen to them week in, week out at Selhurst, they’re quite remarkable.

"I was just delighted I could turn around and see all of those Palace supporters – the team I was playing for at the time – celebrating, because since then the club has moved on and progressed. I’m delighted to see their progress now."