Ramage: "I was knocking on Hughes’ door all the time, almost pleading to go back to Palace"

“Would love to chat!” replies Peter Ramage to our WhatsApp message. At the end of our hour-long phone call with the former Eagles defender, we feel foolish for even considering that he might have left us on two blue ticks – after all, Crystal Palace Football Club gave him a season that “was the high

We will get there: the season we all know Ramage is referencing. But the conversation kicks off just as Ramage has returned from his morning workout in sunny Phoenix, Arizona. 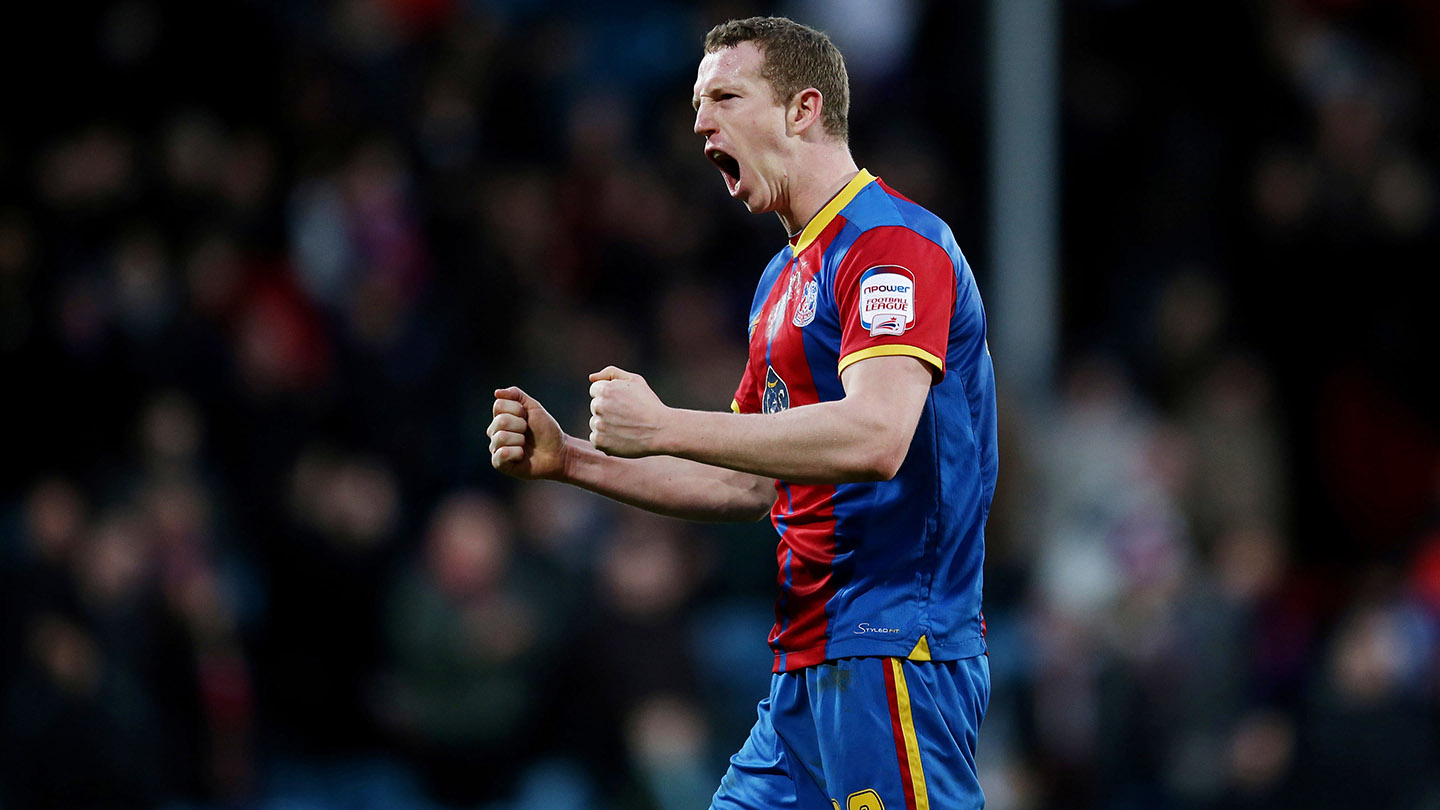 The United States is now home for the Geordie who ‘would bleed black and white if you cut him in half.’ It is still a surprise to Ramage that he now finds himself in a different time zone to the Angel of the North.

“When I was thinking about where I would end up coaching, I didn’t expect it to be over here,” he begins to detail his role as assistant coach with United Soccer League club Phoenix Rising.

“I was about to go and trial for Blackpool. Gary Bowyer was the manager and, no word of a lie, I came off the phone to him after arranging to go down and was about to get in the car and I had a call from Marc Bircham, a former coach at QPR, and he said: ‘Do you fancy coming out?’”

Mountains, national parks and year-round sun, or the Blackpool Tower. At the end of a career that included a stint in India, the chance of one more truly unique experience was too much for Ramage to turn down: “I rang Gary Bowyer back up straight away and said: ‘Here’s what has happened…’ and he was great and totally understood.

“I came out to Phoenix for 10 days and three-and-a-half-years later here we are.” 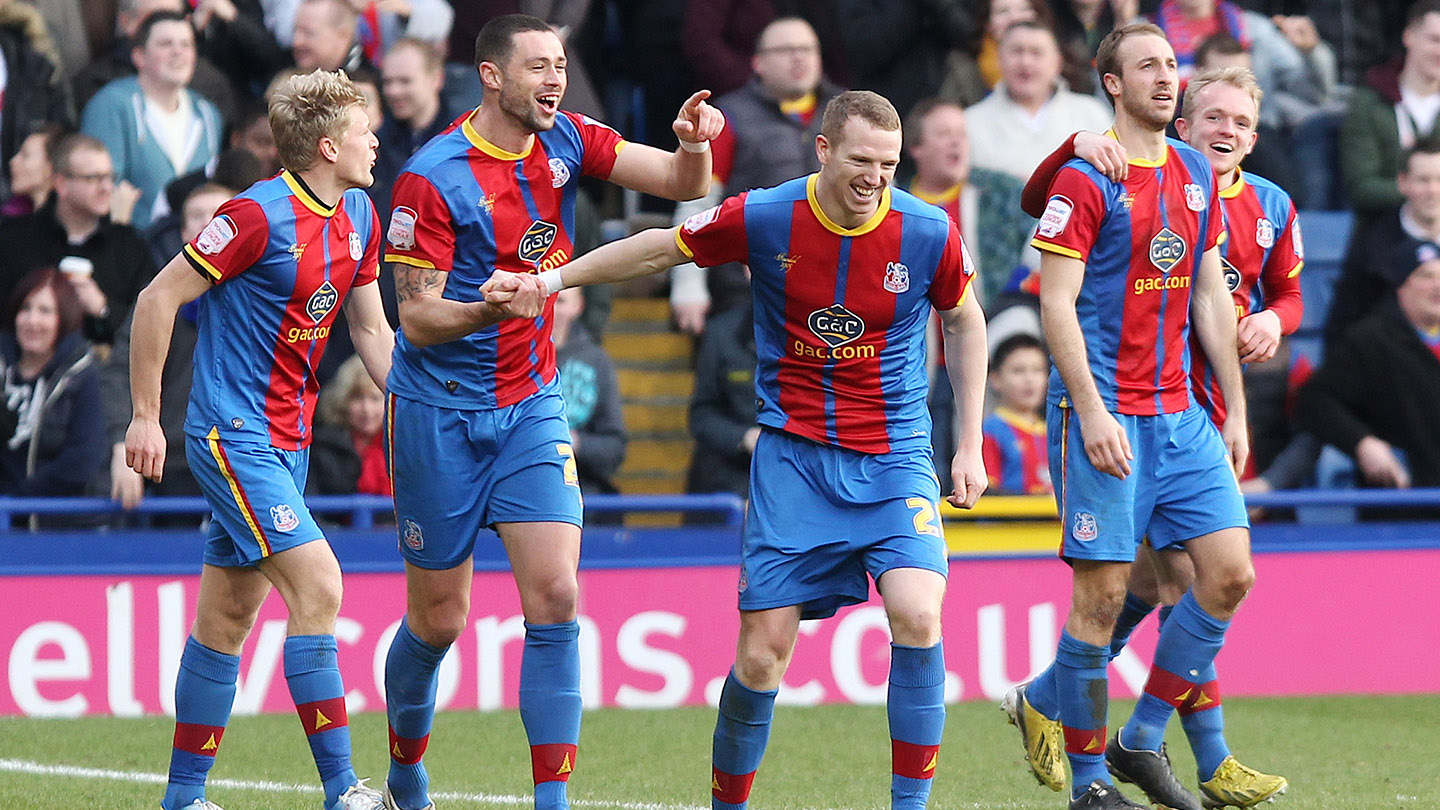 As a player, Ramage prided himself on hard work and determination. Does the footballer mould the type of coach you become? For Ramage, that’s not strictly the case. He has been studying his managers from as early as the time he broke through at Newcastle United.

During his time with the Magpies, a then-future Palace manager Sam Allardyce took over. “Sam came in, in the summer of 2007,” Ramage recollects. “I started pre-season well and played the first few games of the season. And then I tore my cruciate at Middlesbrough away in the third game of the season.”

It’s important to flag here that Ramage’s recollection of moments, games and timings is impeccable throughout our chat – it’s genuinely surprising he is able to add additional information such as “third game of the season.”

It really does stand out because, in truth, although moments that footballers provide fans tend to provoke memories of: ‘I remember where I was when Alan Pardew nodded home against Liverpool in the 1990 FA Cup semi-final’ for footballers all games seem to blend into one or, at least, prodding at who might have scored what might have been the second goal. Or maybe it was the third. ‘You’ll have to Google it’ is a common back-up. Naturally, memories become blurred across seasons, managerial changes and teammates. 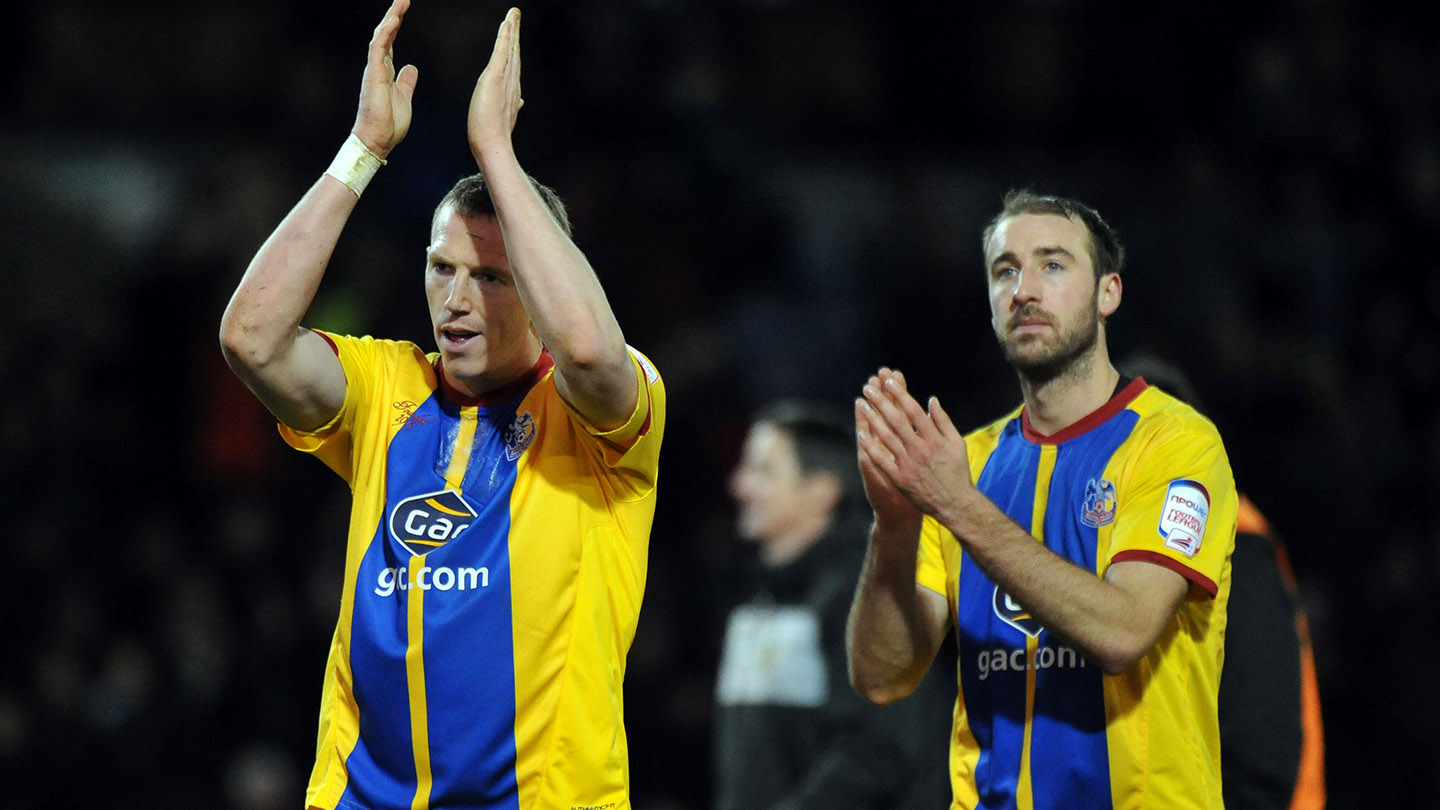 Back to Ramage on Allardyce: “I didn’t have long with him in terms of actually playing but he was great with me when I was injured.

“He was very sports medicine-orientated, and with a long-term injury like mine, he opened up doors for me to go and see people to help speed up my recovery.

“He kept me involved in terms of taking me on away trips and grabbing me for a catch-up if he saw me out on the training pitches just doing my running. All that is signs of a good man manager.”

So that time with Big Sam helped Ramage develop an understanding of how to deal with his Phoenix Rising players as people. But how about building a tactical nous?

“Ben Dawson,” Ramage fires off the name of his former coach at Newcastle United. “When I was making my transition in my final season as a player to a coach, I was back home for Christmas and Ben and Peter Beardsley allowed me to come in and watch Newcastle’s Under-23s train and got me involved with it.

“The second big influence on my coaching style was a coach I had at Palace: Ben Garner – who is now the first-team manager at Bristol Rovers. 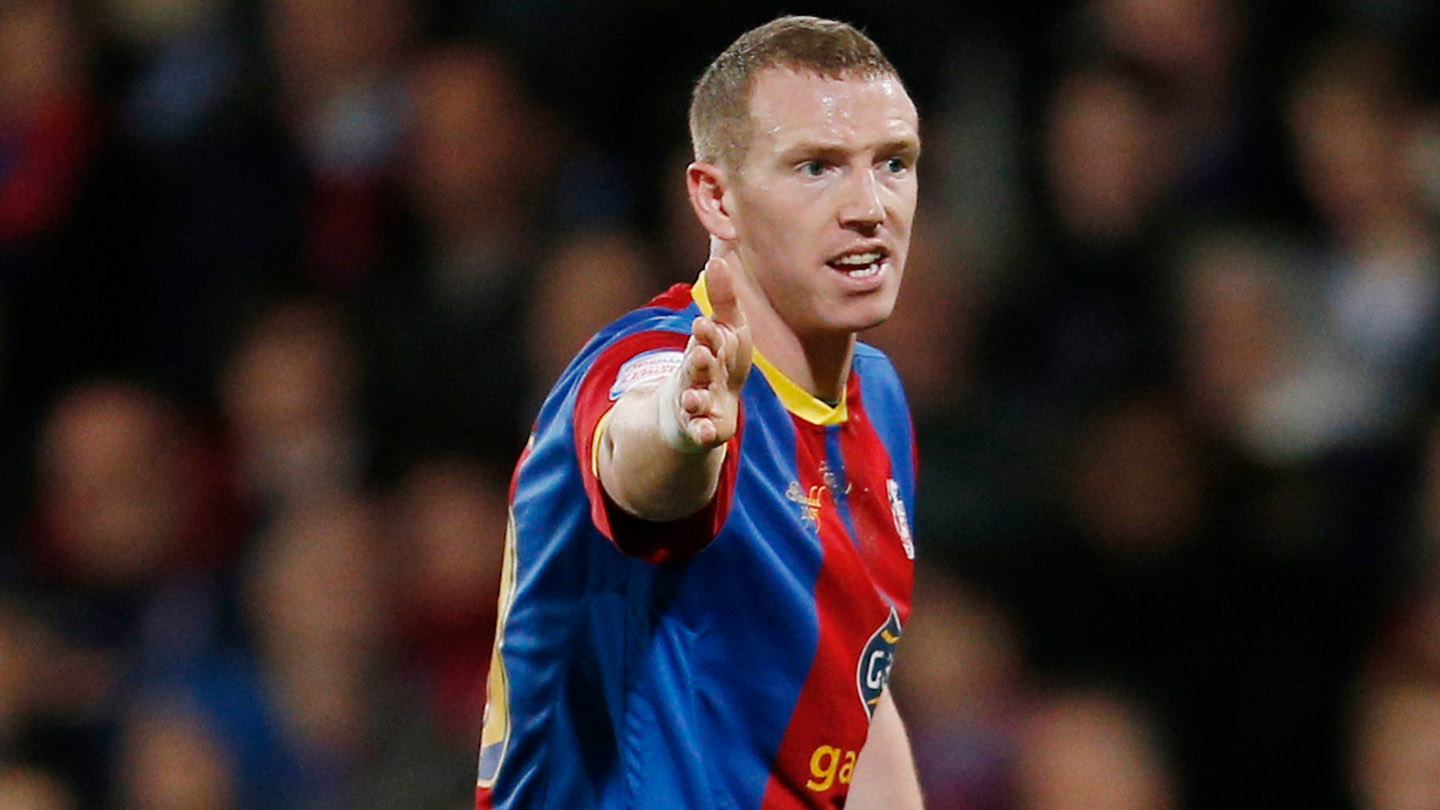 “Ben was helping me through my coaching badges as I was doing my UEFA A Licence. He was always there with a bit of advice on how to develop a session or how to think like a coach.”

The foundations of a Geordie with a sprinkling of the famous red and blue, it has all worked out perfectly for Ramage. Good job he didn’t answer back to Neil Warnock when, as a player at Queens Park Rangers, the former Palace manager told the defender he was heading from west to south London.

“He rang me up on a Thursday night before the first game of the season,” Ramage begins to detail how his association with Palace began. “He said: ‘You’re going to Palace. Pack a bag because Dougie Freedman is waiting for you.’ And that was basically it. There was no option. I zipped round the M25 and met Dougie at a hotel in Croydon.”

If the biggest footballing misconception is that life as a footballer is all glamour, then perhaps the second one is that it’s the easiest job in the world. Imagine your boss turning around and sending you to a new company and office 45 minutes away without any argument.

Thankfully, “I trusted Neil and I still do,” Ramage reveals there was no doubt in his mind that Palace was the right club for him. “Warnock, more than any other manager I had, stood out in terms of his care of his players. Don’t cross him, though! You don’t say no to him. If you work within his regime, he will reward you and work with you – he did a lot for me on and off the field. 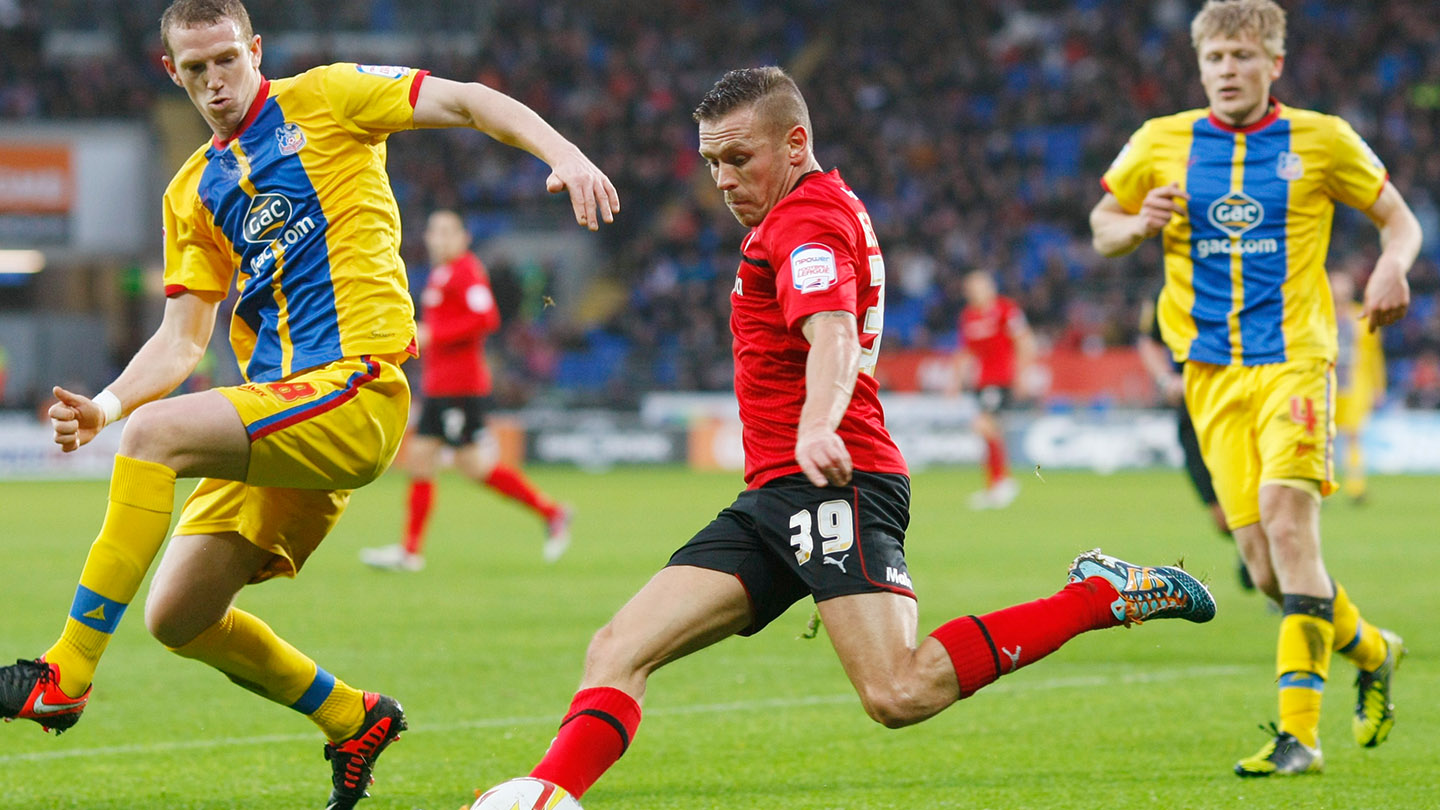 “At QPR I had done my ACL and I was out of contract in the summer but he gave me another year as a security blanket and that is something I’ll never forget.

“When he rang and said ‘you’re going to Palace on loan’ he was glowing in the praise of how the club was run and how good the setup was. I was looking forward to going down, and I knew a few of the players already there, so I knew it was a good and honest group.”

Warnock’s praise for Palace, Ramage wanting to stay in SE25 past the initial six-month loan deal and manager Dougie Freedman playing Ramage in 23 of the first 31 games of the 2011/12 season. It all seemed to be going well; a perfect fit.

So why, after playing in the FA Cup against Derby County on January 7th, would Ramage find himself back at QPR and a couple of weeks off playing for Palace’s Championship rival Birmingham City?

Ramage is an engaging and entertaining interviewee, and with that comes a heart on his sleeve personality. Therefore, it’s easy to pick up the irritation he still feels at, yet again as a footballer, being moved around with next to no say in the matter.

“I was supposed to stay at Palace, but towards the end of the six-month period Neil got sacked at QPR,” he explains. “Mark Hughes came in, so it was the change of manager that stopped me from staying. Dougie made it clear he wanted to keep me and we were talking long-term, because I was in my last year at QPR so come January I could start speaking to clubs.

“After the Derby game I was told: ‘QPR want you to go back.’ Dougie made it clear that if I were to leave, then he was going to have to replace me, and he couldn’t hold on through the whole of January to wait. 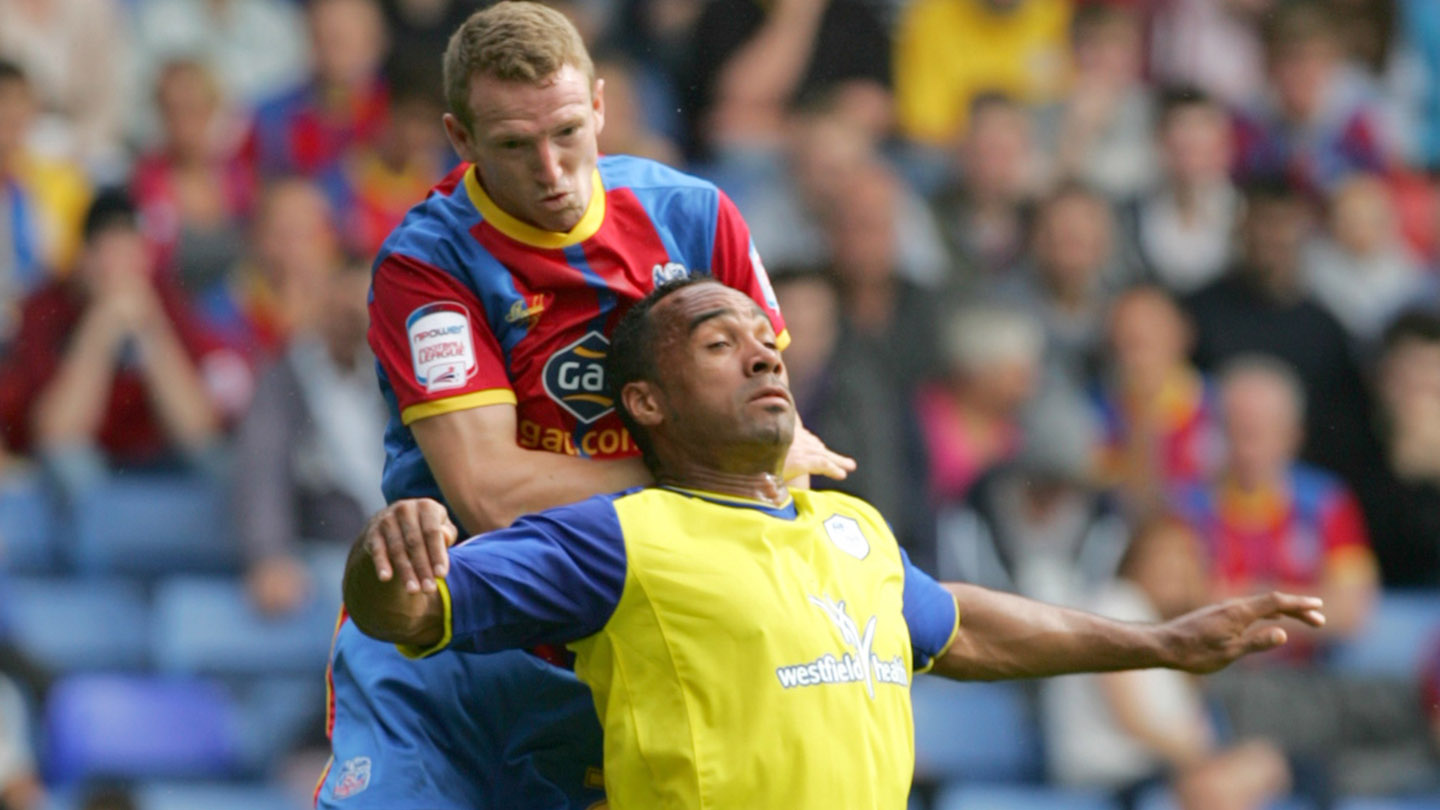 “And that’s why Paul McShane came in on loan and that meant the writing was basically on the wall for me.

“I went back to QPR and had a month training with Mark Hughes and his staff. I was annoyed because I basically came back and became a mannequin and was always that extra man when needed.

“I knew I was never going to be involved in the first-team so I was knocking on Hughes’ door all the time, almost pleading to go back to Palace. He just kept saying ‘no’ and by then the chance was over at Palace and eventually I ended up at Birmingham.”

At the Blues, Ramage was part of the team that made the play-offs at the end of that season. All whilst that was going on, Palace would be circling the trapdoor down to League One – ultimately one they’d comfortably end up avoiding.

Despite that, whilst Birmingham were looking up, Ramage continued to be looking down the M1. Would that call come?

By the summer, Ramage was a free agent and fielding offers, but nothing felt right – the proud Geordie had left his heart in Croydon. 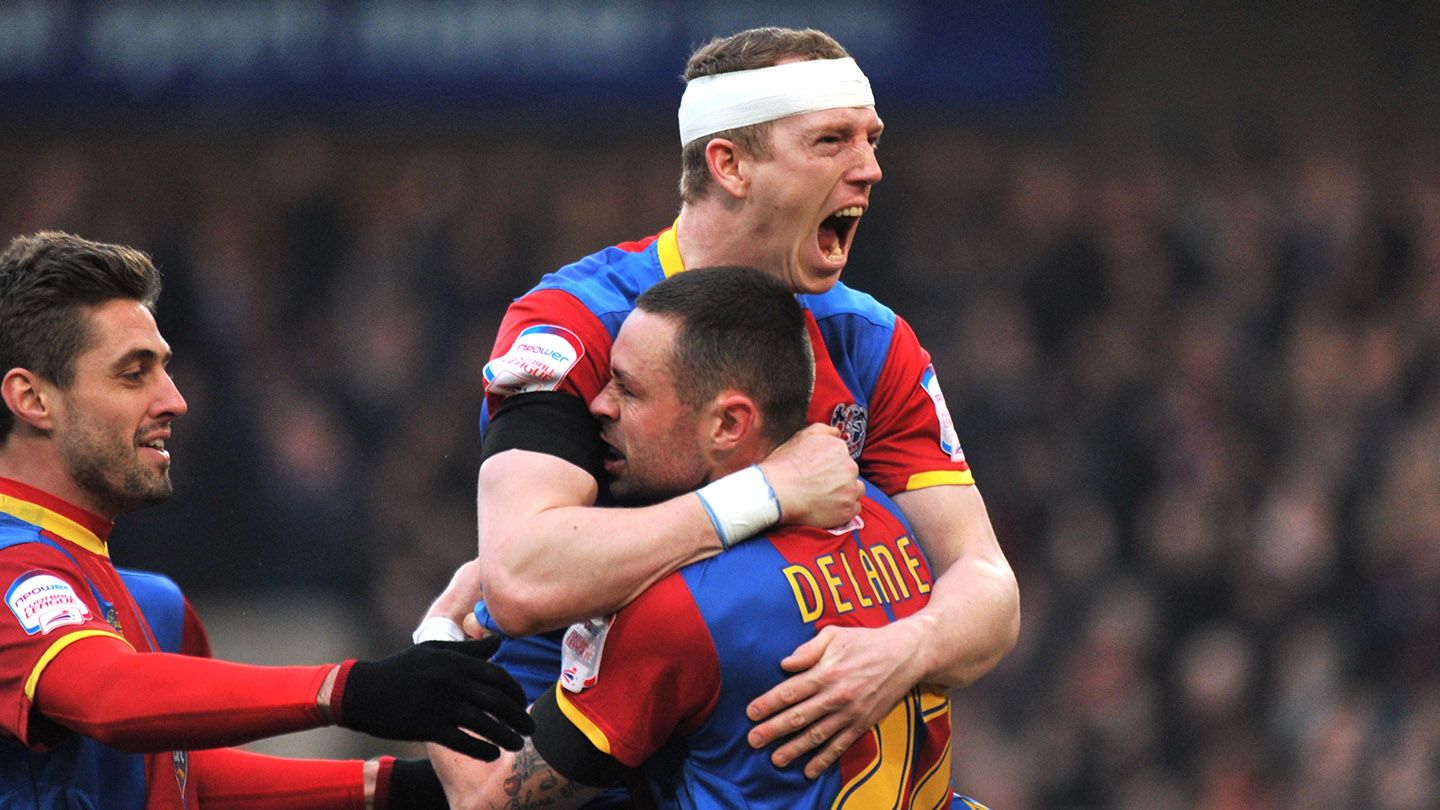 “I was back in Newcastle and keeping fit with the local team,” we know the ending already, but the relief and excitement we feel for Ramage when he adds “and then Dougie rang me,” is still unavoidable. “Dougie said: ‘We are off for a pre-season trip down to Cornwall. Do you want to join us?’

“I don’t even think we’d finished the phone call before I was in the car heading down to Palace again.

“It was probably one of the best phone calls I’ve ever had because it was for a club I was desperate to go back to. It was an opportunity I was waiting for but one I wasn’t sure was going to come.”

If that call hadn’t materialised, would the season that was about to unfold, with the now-permanent centre-back at the heart of it, ever have happened?

The thought of Damien Delaney not crying at Wembley is, thankfully, something we don’t have to consider.

Part two with Ramage will be landing tomorrow, where our former centre-back talks about *that* 2012/13 campaign!