At the end to a successful season, Crystal Palace entertained fans with a remarkable 5-3 home dismantling of AFC Bournemouth.

The result was emphatically atypical for what Eagles supporters had become used to at Selhurst Park, with the south London side usually picking up a far greater number of points on the road.

The disparity between home and away form had become clear to followers of the club both on the in and out side, with Roy Hodgson often addressing it and rightly pointing out that his team had suffered several unfortunate moments in SE25 whereas they'd enjoyed a slightly better rub of the green on their travels.

Speaking just before the Eagles faced the Cherries last Sunday, Lewington sat and ran through a season he was 'satisfied' with. Landing on the predicament he and Hodgson faced regarding home and away form, the former Palace caretaker boss had a clear idea of why his side faced such drastically different results.

"We don’t play any different away from home," he explained, "I think it’s the opposition. The opposition come to us and at [their] home obviously they’ve got to come at us. They should beat us, most guys will be thinking they should beat us so they have to come onto you.

"I think that, in a way, suits us a little bit whereas when they come away from home, they probably sit in behind a little bit more cautiously. It's for us then to break them down, which we’ve done quite well except for the final shot, which has just eluded us in some of the games where we’ve had a ridiculous amount of shots - 26, 27, 28 shots - and we haven’t managed to score a goal. 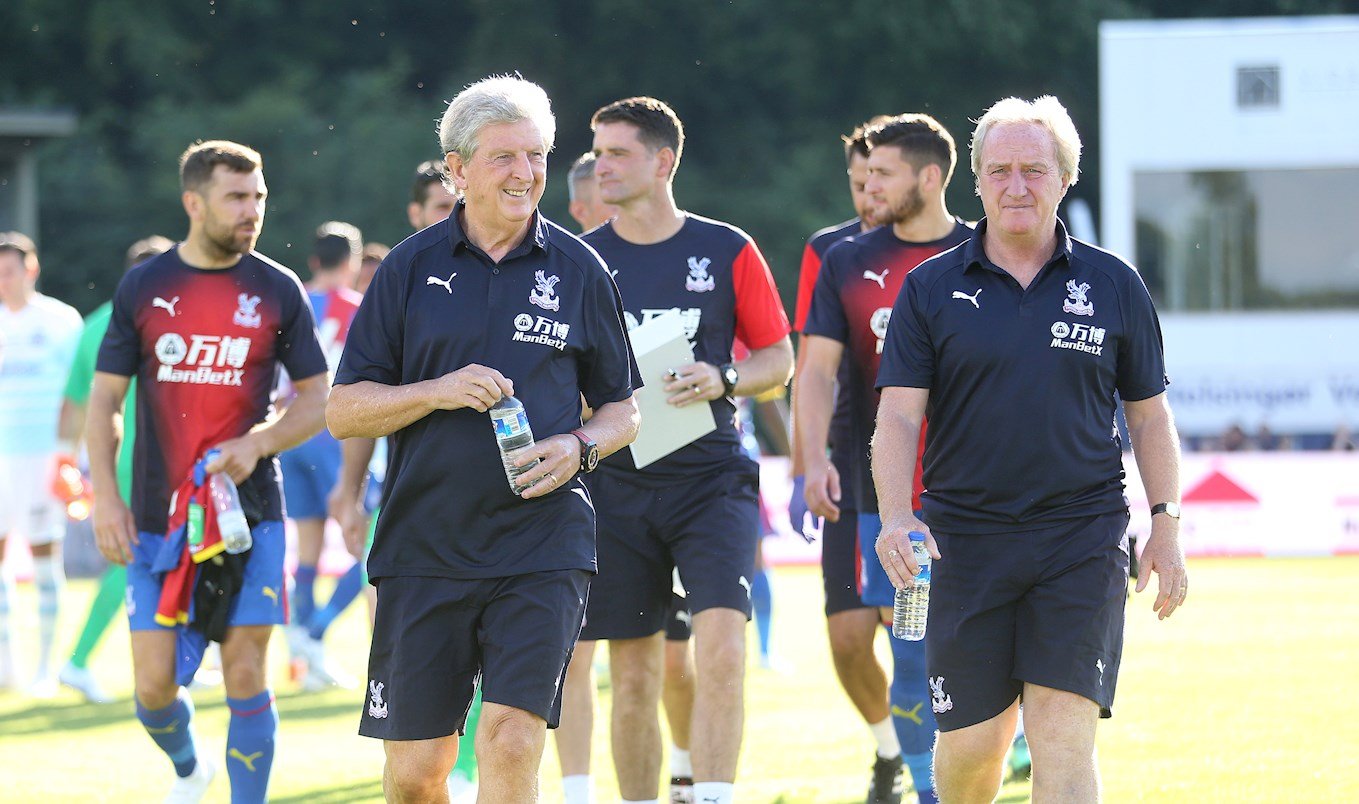 Lewington then returned to his side's misfortunes in front of goal this season because, despite bagging 51 times in the league, there were times in which the Eagles were blighted by matches in which goals seemed impossible to come by.

"The important thing for us is to keep encouraging these players because we know that they will hit the target if they do it enough. This season has been one of those seasons where it just hasn’t gone in. Rather than going mad about it, we just have to keep encouraging it and it’ll turn.

"Hopefully it’ll turn next year. The important thing is that we’re creating. If we weren’t creating it would be a worry but the fact that we are creating but just not scoring will be ironed out over the seasons."

READ NEXT: 45 games, 45 images: Relive another successful Premier League campaign for the Eagles

And if it does turn next year? What are Lewington's hopes for the campaign then?

"It’ll be the same thing. It’ll be first and foremost we’ve got to be safe. Secondly, can we get ourselves in mid-table? And thirdly, can we attach ourselves to the top group? All of it is fine lines, it’s all fine lines. 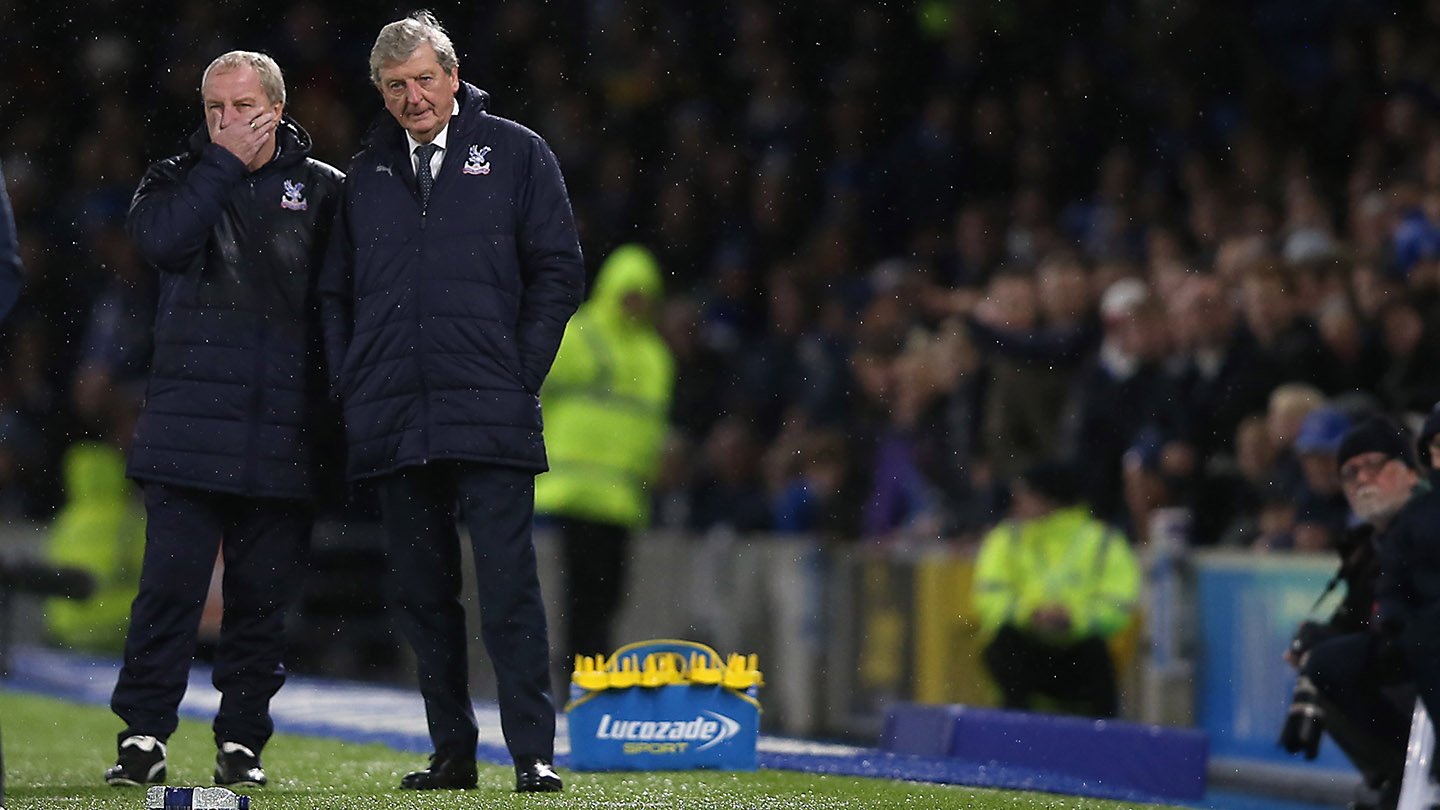 "First is survival, second is to move into the middle gap and then when you’re in the middle gap, look up not down and see if you can attach yourself in there.

"The first week of the season, you could have four regular first-teamers out with long-term injuries then you can’t be saying the same thing. You don’t know what’s around the corner so getting your priorities right early on is the most important thing. The most important thing when you go into any season is to ensure you’re still there at the end. Everything after that is a stepping stone which is adjusted as you go through the season.

"In general, forget the position for a minute, we hope that we’re playing the type of football that people like to watch. I think where we sit, we’re a very honest side, I think we’re a very exciting side. We can be frustrating, we know that but I never come off the pitch thinking that the players have cheated us.

"I think that when we play bad, that’s because that’s what human beings do occasionally. As a team, they play badly and sometimes you can’t put a finger on it. I would hope that this time next year, we’re looking back saying very much what we’re saying this year: that we’ve worked really hard, that the players have worked really hard, we’ve played exciting football, we’ve scored a few good goals and hopefully from all that, the position is better than this year. You don’t know but that’s our aim, that’s what we’re looking for."

Having watched Palace's drubbing of Bournemouth following this interview, we're sure Lewington - and the Palace fanbase - will be even surer of his conviction.

READ NEXT: Zaha talks Game Of Thrones and the one TV show he hasn't missed for years