On October 14th, 2010, football lost one of its largest characters: Malcolm Allison.

Perhaps the most memorable figure in Crystal Palace history, Allison became iconic in south London despite leading the Eagles through consecutive relegations.

“Everybody was in awe of him when he walked through the door,” says Jim Cannon, casting his mind back to March 1973. Cannon was just 19-years-old at the time and had no experience of professional football. Sixteen years later, he would make his 663rd Crystal Palace appearance, setting an almost unbreakable record as the club’s most played player.

At the same time, Peter Taylor was struggling to cement his place with Third Division Southend United, which he found “really, really unfair.” Three years later, he would become one of the few players from the third-tier to make their England debut.

Both began with the blind faith of Malcolm Allison. 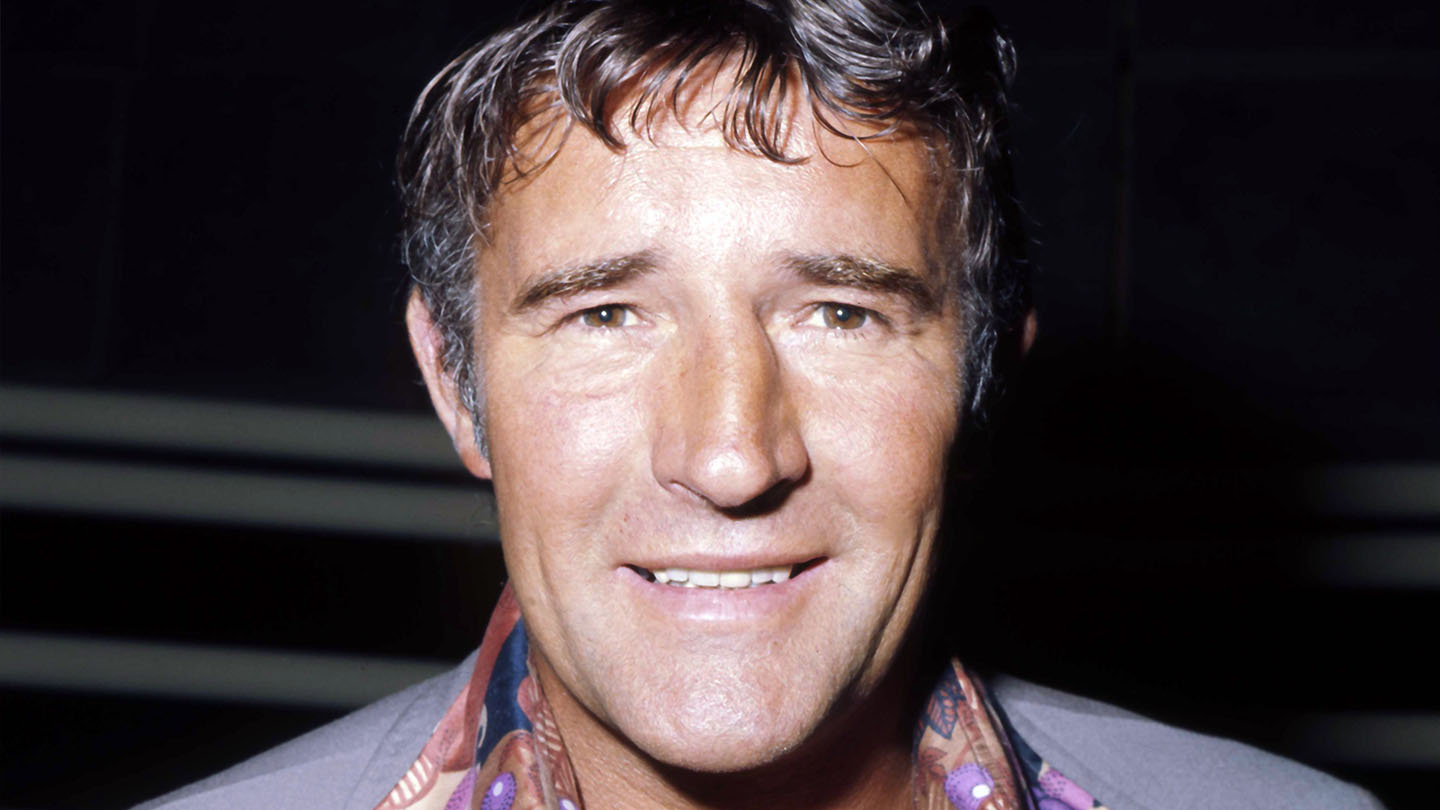 “I’d trained with the first-team but I hadn’t really been involved,” Cannon recalls, “and then Malcolm moved from Man City to Palace. On the Friday, they named the squad and I was actually in it for the first time.

“Apparently Terry Long, who was assistant manager, had recommended me to Malcolm, who’d probably never heard of me... He put me in and gave me my debut. He was such a larger than life character and we all thought: ‘This is going to be good.’ Especially me, getting my debut off him.”

Similarly out of the blue, Taylor explains how his Palace move came about: “For me to have the opportunity to meet Malcolm Allison was tremendous. When I then eventually got to speak to him, he said to me it’s the sixth time he tried to sign me!

“He tried to sign me four times when he was at Man City and two times at Palace! I was staggered.”

In both Cannon and Taylor’s case, Allison had a pair of young prospects on the books. Despite the celebrity lifestyle, wit and stature he enjoyed, the adept man manager clearly understood the significance of handling all his players appropriately - even when that meant coming to blows.

Taylor begins: “From the first second I met Malcolm until the last second I spoke to him, I loved him. I absolutely loved him and he made me feel like a good player.

“Honestly, every time I walked out of his office, I thought to myself: ‘You’re not a bad player. You’re a good player.’ It’s the little things - he would give you the confidence. He’d say: ‘Go and show ‘em’. You certainly wouldn’t hold back with Malcolm, not the way he treated me anyway. He gave me the licence to try anything I wanted.”

“I was fortunate enough to score a goal and we won in my first game,” Cannon continues, “but the next two games were against Manchester United away and Sheffield United away [both 0-2 losses].

“[Malcolm] took me aside and said: ‘Look, the other centre-half’s fit. I think you’ve done brilliant, you’re going to be one for the future but I need a lot of experience now because otherwise we’re going to get relegated.’ He kept me involved right the way through... even though the squad in those days was only 12 or 13 players.

“By doing that, it gave you a lot of confidence that he respected what you had done and I was just looking forward to getting back playing for him.

“He was like that all the time, Malcolm. He was a great man manager. He could build players up or he could knock them down depending on how they were doing and how he felt. Apart from his coaching, that was his strength. 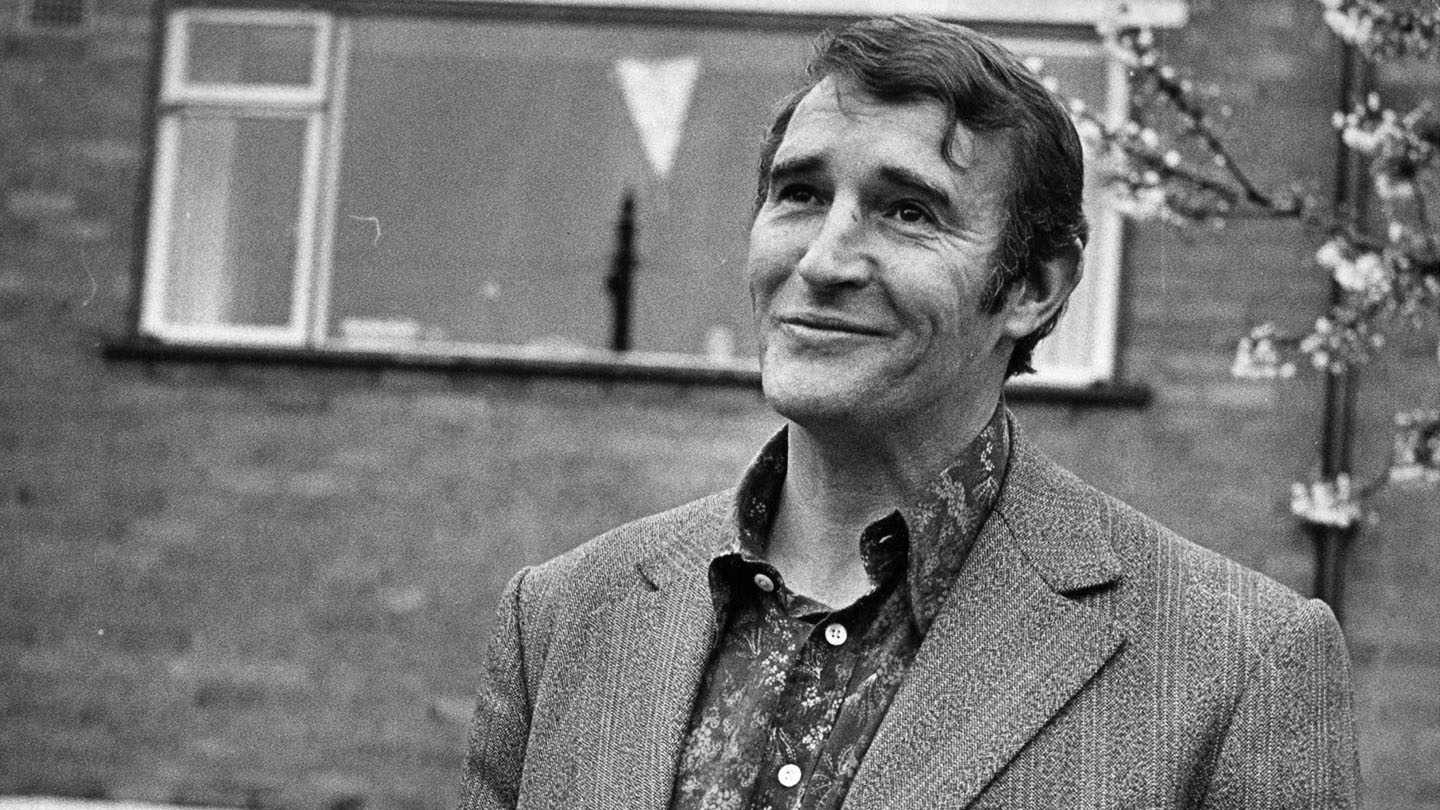 “He blamed me when we played Nottingham Forest at home. I think we lost 1-0 and, oh yeah, he gave me a rollocking. I’ll always remember John Jackson stood up to him, saying: ‘Why is it you only have a go at the younger players, and the experienced players, who are the ones that are crap, you never mention?’

“Unfortunately John Jackson left after that… He always told me it was my fault!”

Allison’s off-pitch management may have been adept in the conventional sense - intensely positive or negative reinforcement - but he also possessed a penchant for a less standard carrot at the end of his stick...

“He had a great smile about him,” Cannon says. “He’d come into the dressing room sometimes, he’d have this big grin on his face and the players would look at one another and say: ‘Right, who’s coming in today?’

“I remember once, we trained on the Monday and when we finished he said: ‘I want you all to turn up tomorrow at the ground. We’re going to have a little practice match. Don’t plan anything for the rest of the day. You won’t be going home for lunch or dinner. Come dressed smart-casual.’

“I remember pulling up in the car park and there was a big Rolls Royce there with ‘JT1’ on it. I thought: ‘Who’s that?’ When we walked down the corridor, I’ve passed [comedian] Jimmy Tarbuck, [actor] Jess Conrad and [entertainer] Tommy Steele! 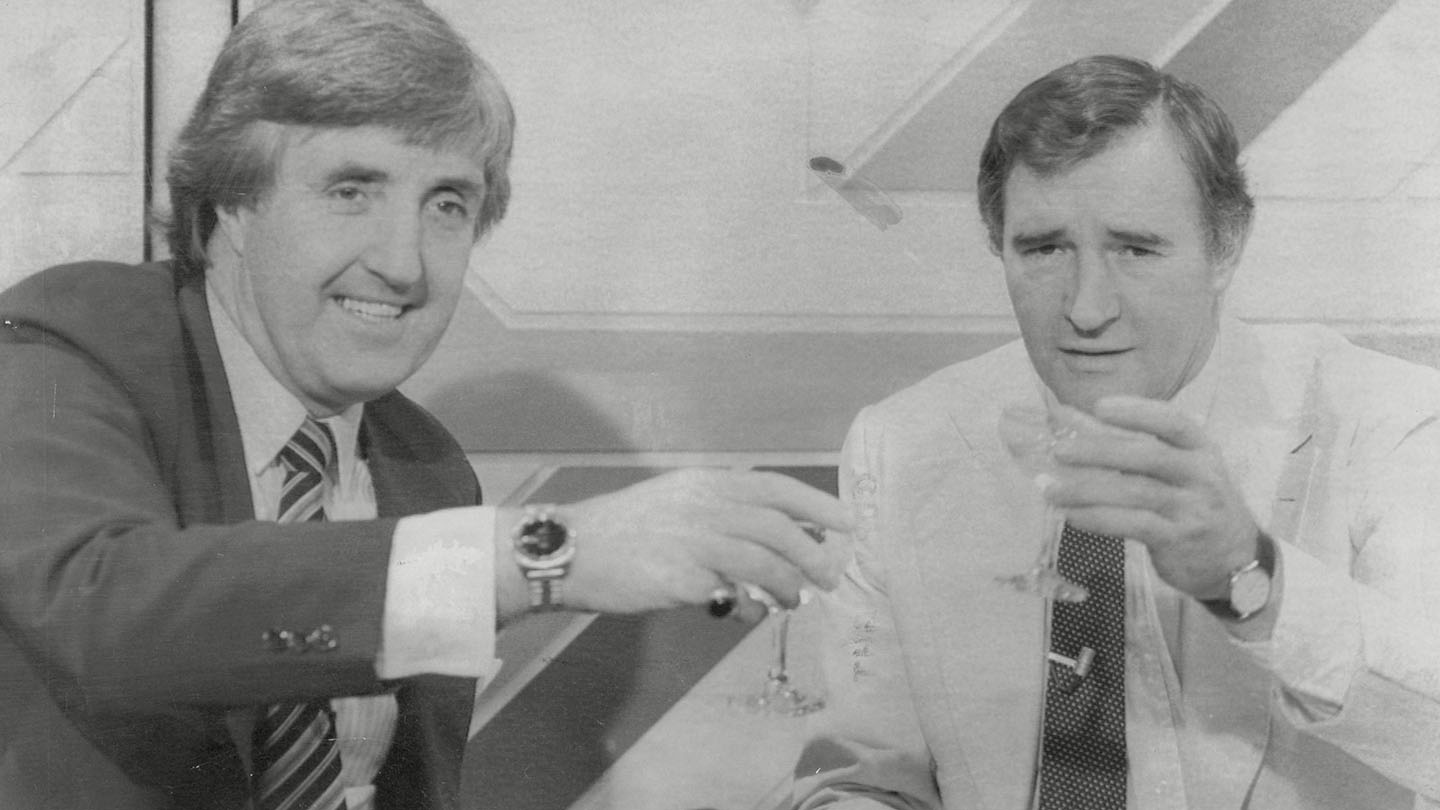 “They’re all dressed in kit - that was our practice match, against a showbiz XI! Then from there we got a coach that took us to the back of the Hilton Hotel, a club called the 21 Club, and we just went in there, had lunch and got p**sed for the rest of the day.”

The fedora, cigars, famous friends, Moët, bath and TV rows make Allison one of the most colourful characters in 20th Century football. But they also make it simple to overlook his unique coaching ability, something Cannon calls “so far ahead.”

Today, touches of Allison’s approach can be seen across the sport - with the now popular use of wing-backs and a flexible back five being commonplace in all leagues.

Even in the mid-1970s, with a failing Third Division outfit, Allison had foreseen the benefits of such a system.

“Before we played Leeds in the cup in ‘76,” midfielder Martin Hinshelwood says, “we went down to Brighton for a few days and Malcolm said we were going to play 3-5-2. We all sort of looked at each other thinking he’d been on the champagne already.

Palace won 1-0. Cannon picks up: “I listen to people talking about systems today, whether it’s 3-4-3 or 3-5-2, and it’s almost as if managers over the last 10 years have introduced that. We played that system in 1976 when we were in the Third Division.”

“Malcolm decided I was the best left-back in the country and I ended up playing wxfhing-back. I played across the five in the middle. He was so far ahead of his time in the way he played. He didn’t play with a centre-forward, he played with two guys out wide so they could get in the space behind the full-backs.

“I think a lot of teams were really wary of us, purely because it was Malcolm Allison. I remember playing Leeds United in the FA Cup at Elland Road [a go-to reference point for players of this era] and Don Revie was manager.

“Peter Lorimer was the right-winger and he spent the whole game screaming at the dugout: ‘Why am I chasing a guy with No.3 on his back?’ He couldn’t work out that I wasn’t playing left-back, I was playing wing-back. Don Revie said to him: ‘Well, just stay with him.’ They hadn’t a clue how to deal with it.

“He was a bit of a genius but sometimes I think the players he had maybe couldn’t do the things he wanted.

“I’ll always remember Frank Lord, who was the coach and assistant manager, screaming at him one day, saying: ‘Malcolm, these lads aren’t hot Dutch players! They’re not Dutch internationals! You’re asking players to do things that Johan Cruyff and Neeskens do! These players can’t do that.’”

This ambition ultimately guided Palace down to Division Three, where they would stay until Allison’s assistant Venables led the ‘Team of the Eighties’ to the top-tier.

Allison rebranded the club, led it down the pyramid and gave Palace fans three iconic years to remember.

For his players, he couldn’t have been better.

“73-76 I was at Palace and loved every second of it,” Peter Taylor says. “When we got relegated, the only thing I felt was so sorry for Malcolm. I really felt sorry for him. He was like a dad to me in some ways.

“When we played, we were a good team. I’ve watched things recently of when we played Leeds or when we played Chelsea and, cor blimey, we didn’t just beat them, we played well, we were better than them. And we were a Third Division team. That’s why people will think well of Malcolm.”

“Malcolm was Malcolm,” Hinshelwood ends. “Do you know what I mean?” 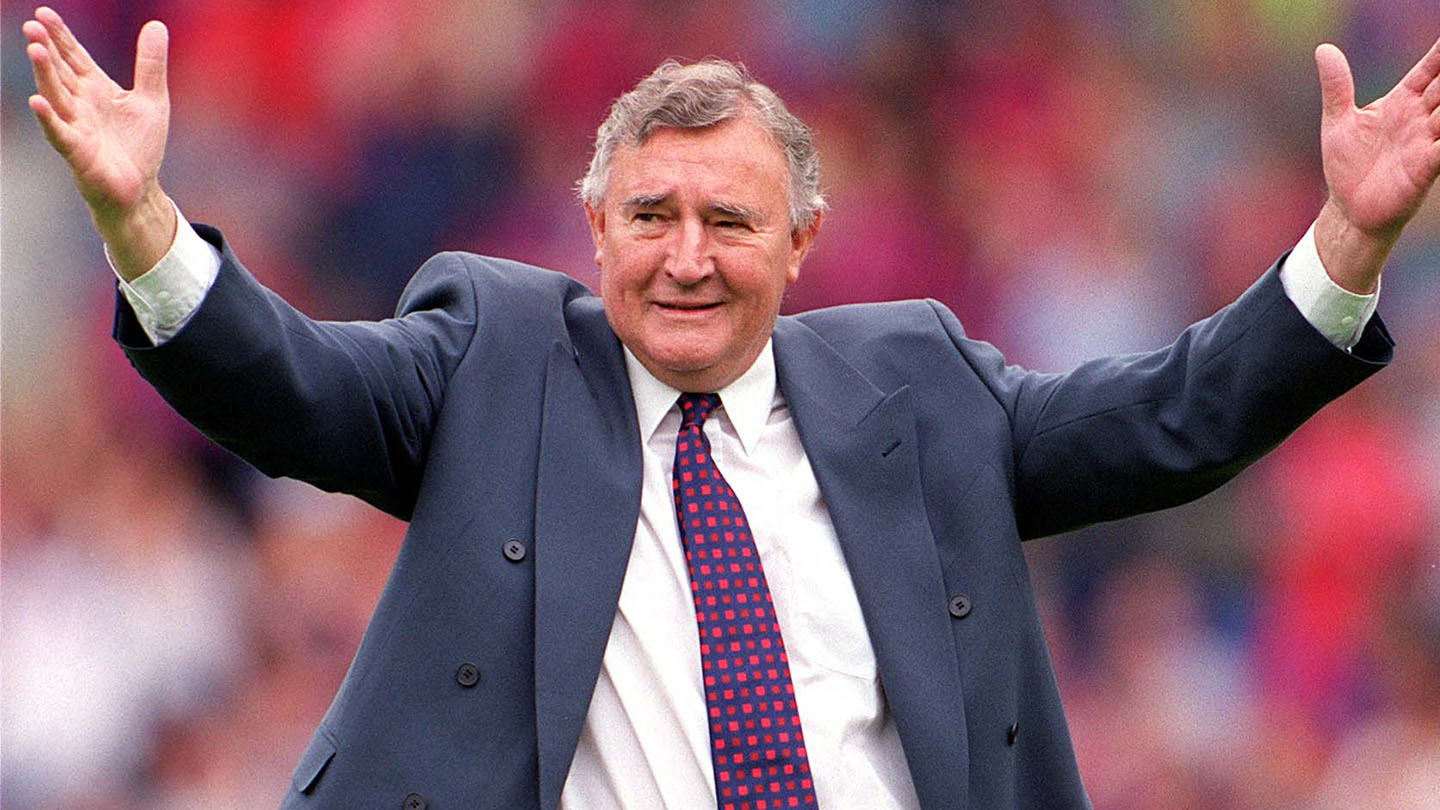 Today, Crystal Palace pays tribute to Malcolm through its Malcolm Allison lounge at Selhurst Park. Find out about it here.

READ NEXT: The day a Southampton win filled the Thames with fedora hats