Rob Hawthorne recalls ‘Hopkin looking to curl one’ 24 years on

On this day in 1997, David Hopkin scored a dramatic last minute goal against Sheffield United to win the play-off final for Crystal Palace, accompanied by the now legendary ‘Hopkin, looking to curl one!’ line of commentary.

Twenty-four years on, we gain an insight into the moment, goal, other iconic Palace moments and football as a whole from Rob Hawthorne, the voice behind the famous line.

Following a similar style to the play-off finals contested earlier in that long May weekend, the Palace v Sheffield United game was a stalemate for the vast majority of play. “To be honest, it hadn’t been the greatest of games,” Hawthorne recounts. Hardly the recipe for forging a decades old memory.

“Up until that point, the one before, the Crewe match, had been the best of them, but again it had only taken one goal to settle the match. So we were getting to the stage where I was mentally preparing myself for extra-time

“We got to that stage of the match, I’m half expecting extra-time, then suddenly it’s a corner routine. It goes back to the corner taker, it’s swung in, Carl Tiler, if I remember correctly, heads it away and it’s almost as if a sixth sense takes over.”

The sixth sense taking over, Hawthorne describes, is the very moment ‘Hopkin, looking to curl one!’ was uttered; an instinctive moment to treasure both on the pitch and from the press gantry.

“You can see the gap in the goal, you can see what he’s aiming at. Obviously it’s a fantastic goal and from Palace fans' point of view it’s one they always remember with great affection, not only because of how great a goal it was but obviously because of what it meant. 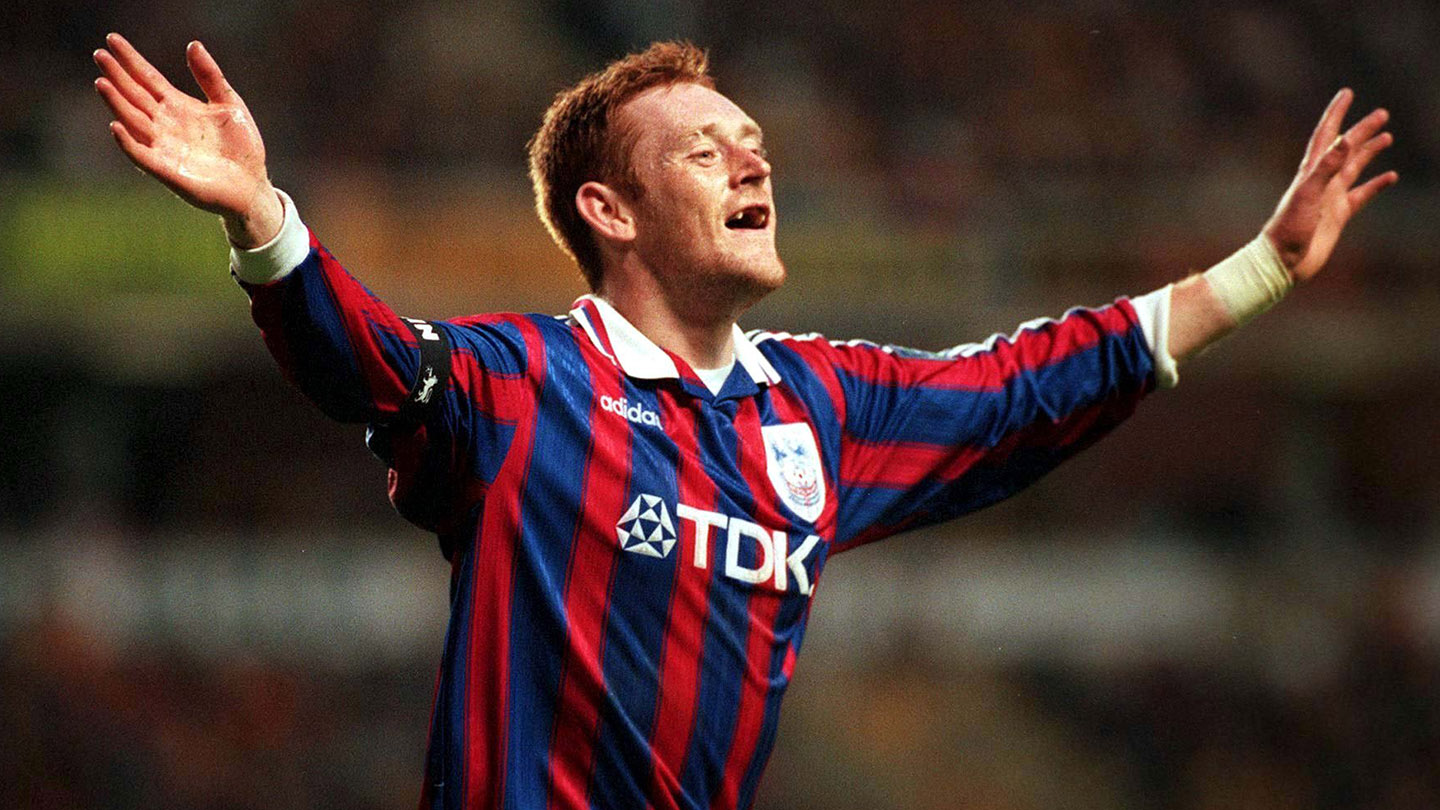 “As a commentator, instinct takes over and you just say the first thing that comes into your head as it’s happening. To be fair to Simon Tracey in the Sheffield United goal there was nothing that he could’ve done about it - it was just a wonderful, wonderful goal and it was great to be able to commentate on it.”

Hawthorne’s commentary can be found as backdrop to a multitude of famous moments from Palace history, having also commented on the remarkable last-minute survival at Stockport in 2001.

“The last day of the season is always quite high-pressured, and again this is where prep comes into it, because you have to be aware of all the permutations: everything can go out of the window at a moment’s notice.

“Within a whisker of time, Palace were going down and Huddersfield, who were also in the mix, were safe. Then suddenly, in that instant, you get the break from the Hopkin handball, the ball goes down to the other end and Dougie Freedman scores the goal.

“There was that story - caretaker manager flung into it, the Hopkin handball [Hawthorne doesn't toe the party line, despite his company in this interview], the significance of the goal in that it was going to keep Palace up and send Huddersfield down. So they’re a challenge for a commentator because there are so many things that run through your mind the instant that goal is scored.”

Hawthorne also recollects the 2004 play-off semi-final, where Palace progressed on penalties, as another of the most significant Palace moments he has commentated on: “The [Darren] Powell goal was a hugely significant and then, the shoot-out itself, where Jeff Whitley took a stuttering run up and messed up his penalty kick and Michael Hughes scored the [winner] for Palace.

“The moment Hughes took it, I thought he struck it so high he was going to miss, but it was actually one of those that was actually a perfectly placed penalty struck right into a position where the goalkeeper wasn’t going to get near. Again, huge Palace celebrations and there you were in another play-off final.”

Hawthorne was present for Hopkin’s goal at a packed Wembley stadium, the Stockport heroics at Edgeley Park and the penalty shoot-out at the Stadium of Light, however he is no stranger to commentating on the gantry at Selhurst Park either: “The Selhurst Park [gantry] is a narrow walkway and you also have to dip your head down slightly just a bit, it wouldn’t suit somebody like say Alan Smith who I work with and is fairly tall.

“Everybody would talk about Anfield or Celtic on a European night, or Ibrox for an Old Firm game, but there are venues sometimes which slip under the radar in terms of atmosphere. Palace is one, because the crowd is always so loud and has been over a consistent period of time.

“When supporters are in there I really do enjoy working there.”

More recently, Hawthorne has spent the majority of the season commentating on games behind closed doors, including Palace’s 1-3 win at Old Trafford in the first away game of the 2020/21 season.

“This season obviously [wasn't] the greatest with supporters not being at matches. For me, it did get off to a good start, because of the Palace victory at Old Trafford, which I happened to be doing.

“In view of what Manchester United have done since, because they’ve only lost [six league games]. I think as you look back on it from where we are now, that result probably looks even better in hindsight than it did at the time.”

Hawthorne continues to highlight the significance of commentary and its importance in games played behind closed doors.

“I think it’s [fan presence] is important, because I think it gives a soundtrack to significant moments. The fact that you’re speaking to me about this now indicates that what was said over the Hopkin goal - let’s not beat about the bush, the goal itself was a significant moment for Palace fans. 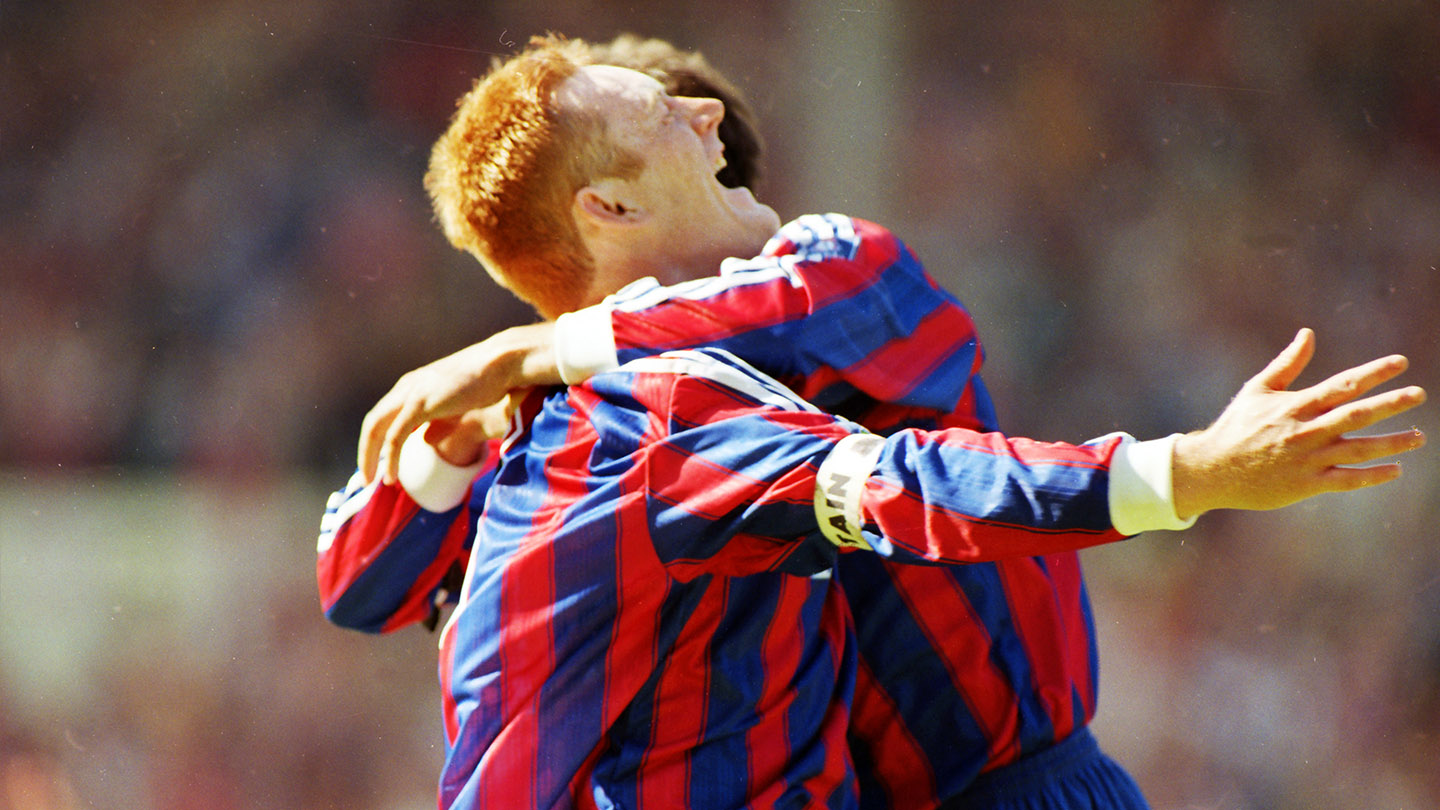 “You’re probably right to highlight the significance of commentary without fans, because we’ve obviously had to add that soundtrack of false crowd noise to give it a realistic flavour now.

“What I used to like to do as a commentator is to say my piece as the football hits the net and then to leave it a few seconds so you get that great rush and then to come in with another line of significance.

“I think the commentary on those moments were the salt on the dish, if you can put it that way - it adds that little bit extra.”

READ NEXT: Stephen Rice: The U23s who coach helped propel Palace to promotion